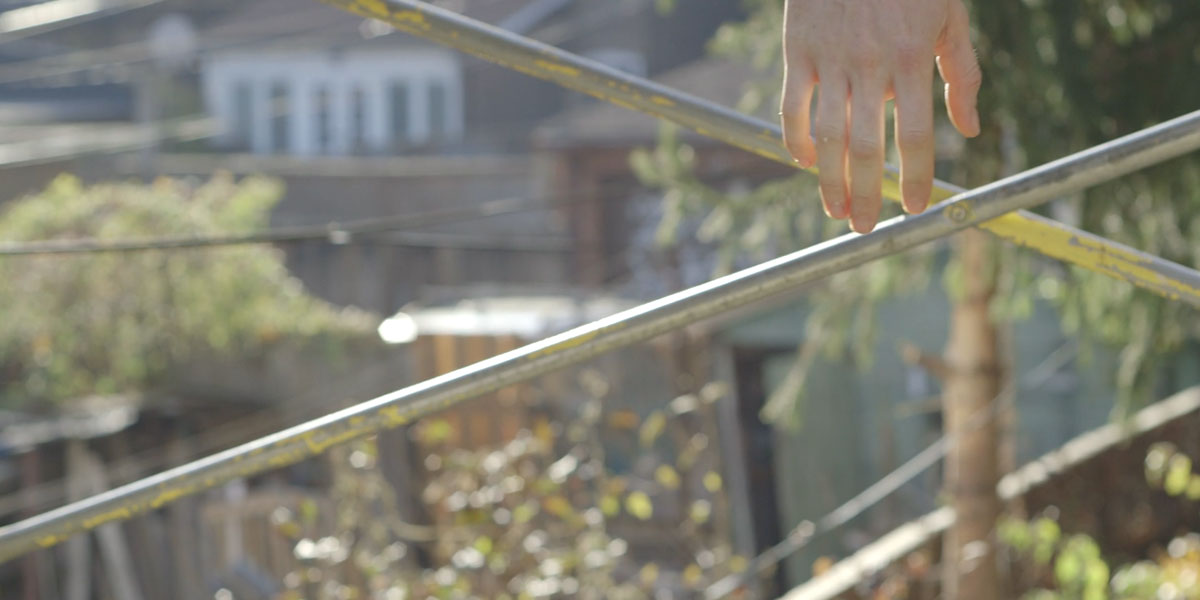 __This article was originally published in August 2016 when Kazik Radwanski's second feature How Heavy This Hammer played the TIFF Bell Lightbox. His new short film, Scaffold, will play in the Wavelengths programme at TIFF '17. __

An article popped up in my newsfeed the other day about how Police Academy 4 was filmed in Toronto. I, of course, clicked on it and soon realized that the same site had also published separate pieces about how the original Police Academy and Police Academy 3 were also shot in Toronto. I started browsing through the site and became depressed by how many mediocre movies and TV shows were shot here. I suppose what bothered me the most is that these films disguise our street corners for other cities. Even if they do acknowledge the Toronto setting, they are just looking for the most photographic locations. They’ll shoot in a modern-looking glass house that photographs well, but the films aren’t connected to the city in any real way.

So many of the great city films have been set in New York or Paris that it can be easy to lose track of things. Those locations have been so canonized for the past century it feels like we have to compare ourselves to them or keep up with them. On the cover of Views Drake is sitting on top of the CN Tower but he’s not talking about landmarks on the album. He’s rapping about Habibiz, Scarborough, and basements out past Weston Road. It’s the lived experience and specific details about Toronto details that ground his lyrics and make it possible for him to talk about the city and not be corny.

With my feature How Heavy This Hammer (playing now at the TIFF Bell Lightbox!) I wanted to embrace all of the minutiae of the places I knew as inspiration. There's a scene on the rooftop of a Bloordale apartment building where the CN Tower is, of course, pointed out, but I also made sure the characters talked about the Coffee Time and Ali Baba's as well.

Anyways... All this made me think, is there a better way to do this? Would it be possible to make a list of films set in Toronto that actually articulate something about the city? I gave it a shot.

Goin' Down the Road, directed by Donald Shebib, 1970 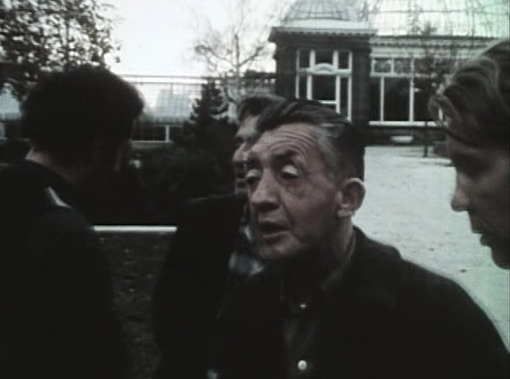 There’s a scene in this movie, set at Allan Gardens, that smacks me in the gut every time. The protagonists have hit rock bottom and attempt to buy wine off a drunk, shouting: “Hey chief, can I get a little snort of that?”

I saw this movie for the first time when I was studying film just a few blocks over at Ryerson University. I had a classmate who had an apartment near Allan Gardens and he would literally find someone passed out in his stairwell on a weekly basis. It’s a beautiful park with a giant, indoor garden but at the same time, is home to so much human hardship. This is not just an important Canadian film, it’s an important film period. It’s also rightly compared to John Cassavetes’ Shadows in this review by Roger Ebert. 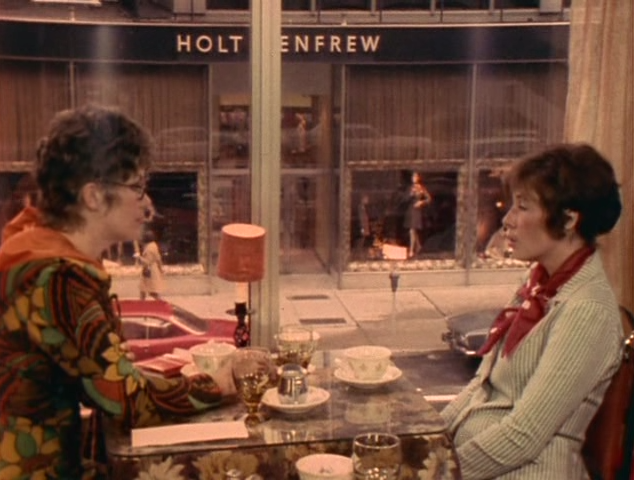 It’s amazing how overtly the scene in King’s devastating documentary about a Toronto marriage displays its location. In a film set almost entirely within the couple’s household this is one of the few scenes set outside. It opens with this great pan from the street to inside the restaurant. After doing a little research, I think this moment was shot when Holt Renfrew used to be west of Bay Street.

That being said, I don’t feel like much has changed since then. There is still a restaurant on Bloor where this scene was shot. It’s on the second floor and has a huge patio. It’s amazing to see all these people walking by with umbrellas on the street. There’s also red and yellow Co-op Taxi parked outside. This still makes me think of a scene in a French New Wave film. 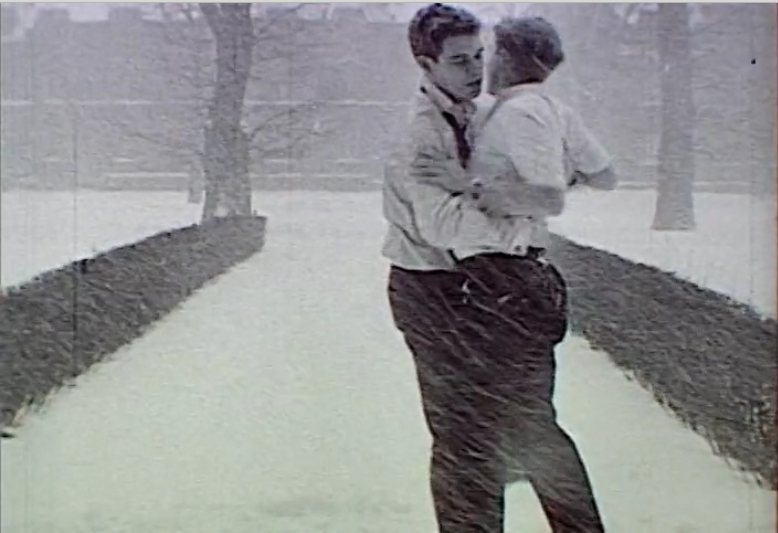 There’s a wonderful sadness about this film. The film tells the story of an "ambiguous" (as they used to say in the '60s) male friendship in a campus residence. In so many ways, the film is ahead of its time and an absolute landmark of independent film.

What really sticks with me is how it is very true to that part of the city. It’s set at the University of Toronto during the winter holidays. I suppose it’s also great to see a film actually interested in the campus, considering it’s such a common shooting location for Hollywood films.

Not many people live around there, except for students, so it’s especially lonely when class is out. Because of that, the film is able to create this incredible melancholic tone. 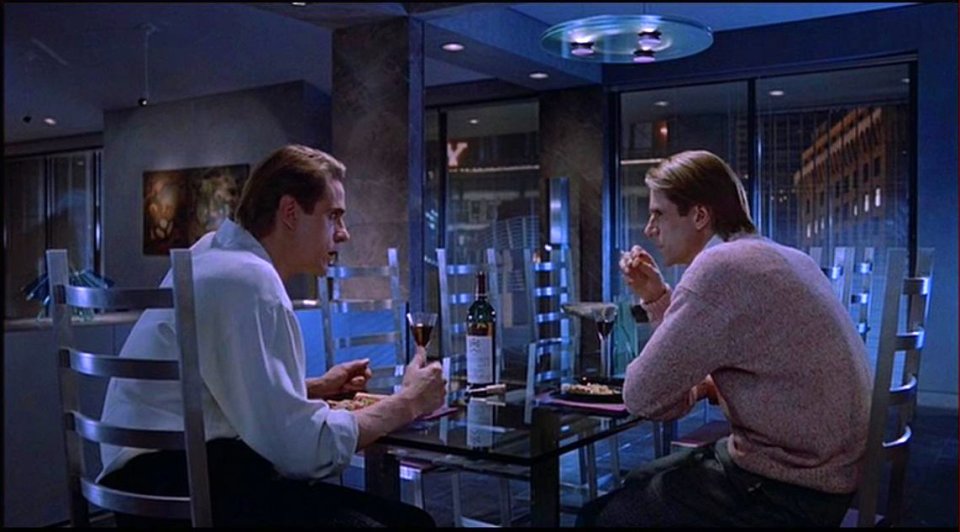 I had to include one Cronenberg film for this list to be complete. Growing up, I was always baffled by the houses portrayed in Hollywood movies. I remember being seven or eight and thinking, “do these people actually live here?’ ([http://chicago.curbed.com/2014/12/24/10008328/see-home-alones-iconic-suburban-house-24-years-later](Home Alone) and Father of the Bride come to mind.)

A few years later, when I was 16 and working at a video store, finding this film was a real discovery. The film opens with "Toronto, 1954" then cuts to an image that could be Riverdale, or Parkdale. Seeing a neighbourhood I recognized onscreen was a real revelation. Beyond just the simple personal connection, it proved that films could be set where people actually live.

Tales of Two Who Dreamt, directed by Andrea Bussman and Nicholás Pereda, 2016

I've admired Nico's work for years. All of his films are shot in Mexico, but he lived in Toronto as he made them, so I've always considered him a peer. This year, he finally made his first film set in Toronto. Co-directed by Andrea Bussman, Tales of Two Who Dreamt is shot almost entirely inside an apartment building on Lansdowne.

What’s amazing is that you would never know it’s Toronto for most of the film because it follows a family of Roma refugees and all of the dialogue is in Hungarian. It’s not until you see a beautiful sequence of them biking through the High Park streets at dawn, you can figure out where they are. It's a magical scene. 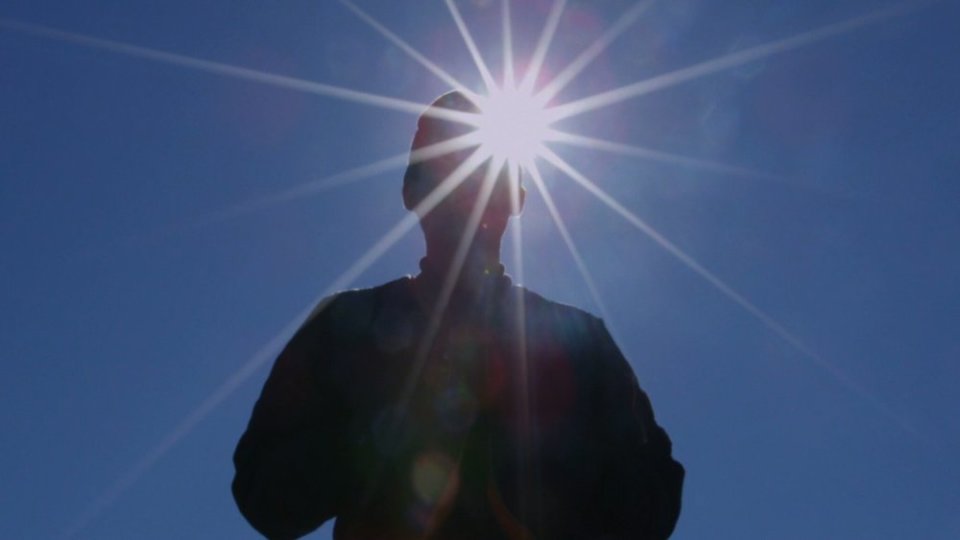 Most of this film is set in Montreal or Winnipeg, but there are a few sequencesin Toronto towards the end. I’ve always avoided the turquoise glass of the Cityplace condos downtown: they're soulless, un-cinematic. However, without a doubt, they're a major part of the landscape.

Perhaps Isiah, with his radically fresh approach to cinema, is the perfect filmmaker to find a way to capture life in this part of the city. This film premiered at TIFF '15 in the Wavelengths programme, but you can already watch it online in its entirety.

I curate a monthly screening series called MDFF. We show an independent film once a month at The Royal) and many of the films use unlikely places as their setting. It's now very common to see young filmmakers explore such places as south New Jersey, Grand Rapids, and West Hollywood in their work. With the rise of new modes of filmmaking, hyper-regionality becomes possible.

There has definitely been a groundswell of filmmakers like Matt Johnson, Andrew Cividino, and Igor Drljaca embracing these modes in Toronto. It's exciting to see films emerge from other parts of Canada that feel like they are also part of this movement, such as Ashley McKenzie’s Werewolf (shot in and around New Waterford) and Kevan Funk’s Hello Destroyer, set in Prince George. These depictions of Toronto provide a lot of inspiration for me. It’s hard to know what impact they’ve had on viewers outside of the city, or abroad, but as a viewer, I’m always excited to see films that feel very distinct and ingrained with where they’re from.

React to The Review

We believe a powerful film or work of art — or, uh, email newsletter — should generate a reaction. That's why we're thrilled when readers of this humble publication choose to reach out and tell us what they thought. If you've got something to say, please SEND US A LETTER.

The Review arrives in inboxes every two weeks. It's like clockwork — if clocks were curated by some of the most interesting people from the world of film and the moving image. Here's what the last few issues looked like. If you haven't already, why not SUBSCRIBE.

Celebrated music video director, filmmaker, and photographer Nabil curates an issue about the moment in which we find ourselves: film festivals on social media platforms, features made with phones, and everything shared all the time. 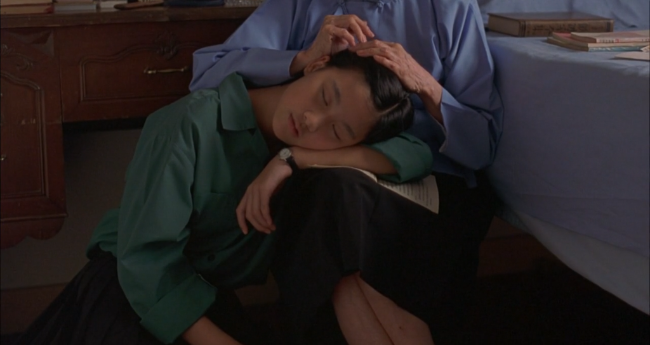 In a meditative and beautiful issue, actor and director Connor Jessup asked a fascinating question and got some profound responses.

"Inspired by After Life, I thought I would approach a very different group of lost souls – filmmakers, critics, programmers, producers, a cinematographer, and an editor – with a cheap riff on Kore-eda’s question: if you died today, and could keep only one frame from a film with you for all eternity, which image would you choose?"

The women behind CBC's Baroness von Sketch Show reveal the secrets of what really goes on in the writing room of a comedy show and share some of their favourite funny ladies to follow on the internet:

"All those hours writing, editing, and rehearsing were integral to the process of putting together BvSS, but so was fucking around on the internet. Whether unwinding at the end of a long day, procrastinating during writer's block, or searching for inspiration, everyone in the Baroness room had their own go-to time wasters online. We thought we'd share some of them with you."