Next year, Canada turns 150. To take stock of our sesquicentennial birthday, TIFF (alongside our three key partners Library and Archives Canada, the Cinémathèque québécoise and The Cinematheque in Vancouver and our presenting partners RBC and the Government of Canada) got to work examining our cultural legacy. Our list of the 150 essential moving-image productions made in Canada was determined through a national poll of over 200 members of the film, television, advertising and music industry along with journalists, critics, scholars, and filmmakers and includes animation, music videos, commercials, documentaries, TV programs and experimental works, as well as feature films. Representing everything our nation has to offer across coast-to-coast filmmaking communities, this wide breadth of work shows a Canada that is brash, cinematic and ever-changing. In 150 years, we’ve gone from Back to God’s Country to “Hotline Bling.”

To celebrate 150 years of Canadian cinema, TIFF will add 72 screenings to its 2017 programming of several titles from the Canada on Screen list. We will also partner with organizations to hold viewings in Ottawa and cities across Canada. To kick it all off, our annual Canada’s Top Ten Film Festival in January will be expanded with another 10 titles from our list. In addition, TIFF Next Wave and TIFF Kids Jump Cuts competitions will expand their submission eligibility nationwide, as Next Wave screens a title from the essential 150 for free to the public.

On April 19, 2017, better known as National Canadian Film Day 150, TIFF's national screening outreach programme, Film Circuit, will partner with REEL CANADA to present 150 screenings across our country at various Film Circuit locations. And to cap it all off, we’ll contextualize each of our 150 moving image works with an exclusive digital catalogue with original artifacts and curated essays from leading figures in the industry.

When we look back on a list of works so uniquely and diversely Canadian as the essential 150, what does this say about our filmmaking heritage? Consider also that the TIFF Cinematheque programme will feature new restorations of works that include Clement Virgo’s Rude (1995) in 4K, Peter Mettler’s Picture of Light (1994), Patricia Rozema’s I’ve Heard the Mermaids Singing (1987) and Guy Maddin’s Archangel (1990), as well as five moving-image installations this summer such as Michael Snow’s Two Sides to Every Story (1974), Janet Cardiff and George Bures Miller’s The Paradise Institute (2001) and Stan Douglas’ Overture (1986). (To be presented in the HSBC Gallery, alongside artist talks and panel discussions.) 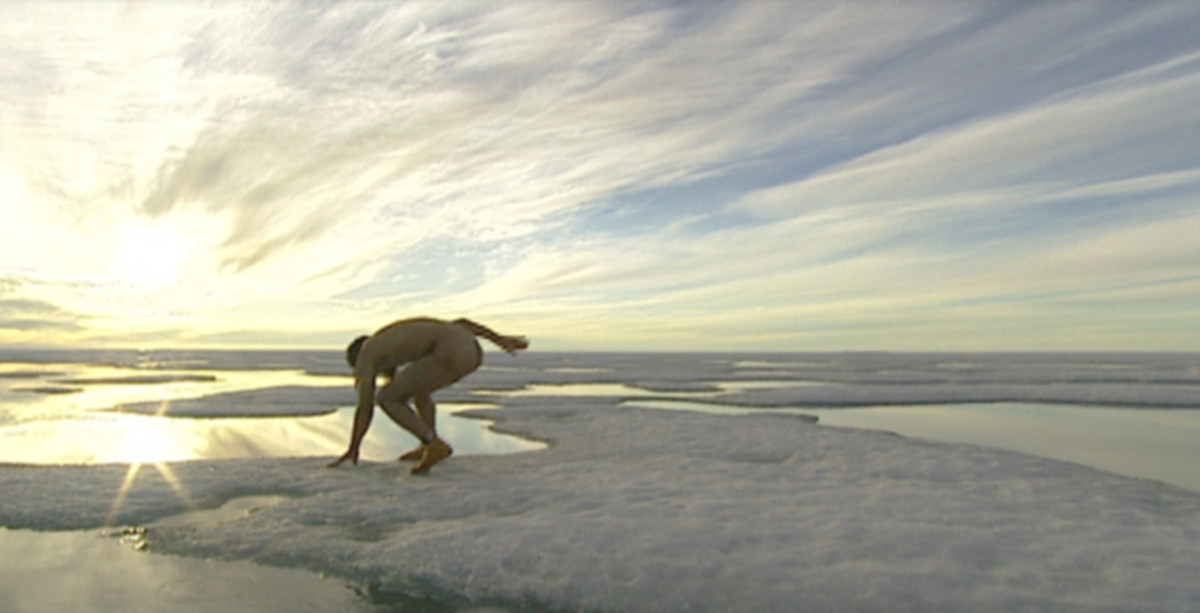 In an essay presenting the 2015 edition of Canada’s “All-Time Top 10,” TIFF programmer Steve Gravestock attempted to contextualize why a jury of filmmakers, critics and programmers had chosen their selection. (All of which are amongst the 40 feature films included in Canada on Screen.) This year for the first time, the all-time greatest Canadian film in this special ranking was Atanarjuat: The Fast Runner (2001) by Zacharias Kunuk. Wrote Gravestock, “This is likely the first time that a film by an indigenous filmmaker has topped a poll of national cinema — a tribute to the film’s unique approach to storytelling, its intense specificity, and its powerful universality.”

That definition — a unique approach to storytelling, with specificity and universality — could be indicative of every single work included in our immersive Canada on Screen list. From the infamous Molson Canadian commercial “The Rant” to Norman McLaren’s playful animations for the NFB, this is our country and this is 150 years of Canadian cinema.

What’s your favourite film on TIFF’s Canada on Screen list? What did we leave out? Tweet us your response @TIFF_NET and tag your post #SeeTheNorth. We’ll curate a post to be published on The Review.

Here’s the Canada on Screen list (in alphabetical order):

The Next Generation of Canadian Cinematographers

Canada's Best is Coming to TIFF '16