TIFF Long Take - Ep. 3: Why is Martin Scorsese Too Risky for a Major Studio?

And what does this mean for the future of distribution? 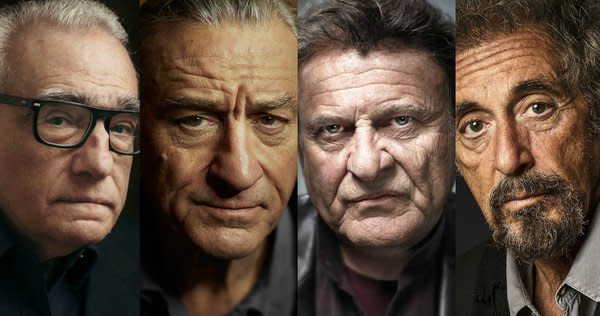 IndieWire's Editor at Large Anne Thompson is on the pod to talk about the implications of Netflix acquiring Martin Scorsese's next gangster epic.

Last week, news broke that Netflix had acquired the rights to Martin Scorsese's upcoming film, The Irishman, after Paramount Pictures walked away from the project. The deal sent shockwaves around the industry, and Rob and Geoff are pleased to sit down with the writer who broke the story, IndieWire's Editor at Large, Anne Thompson.

The three talk about how the film went from a much lauded Paramount property to a $105 Million Netflix acquisition (3:00), why most traditional studios considered the project "too risky" (5:20), and why Scorsese, a noted champion of the cinematic experience, was willing to give up a theatrical release for greater financial and creative freedom (10:35).

Anne also explains why current "major studios" are total facades (15:10), the difference between Netflix and Amazon Studio's distribution models (19:10), and wonders why traditional studios don't invest in their own stream services, rather than continue to feed the Netflix beast (22:55)

Explore the TIFF Podcast Network
Browse more of The Review

TIFF Long Take - Ep. 2: The Science To A Successful Screenplay

TIFF Long Take - Ep. 1: How to Hack Your Oscar Pool