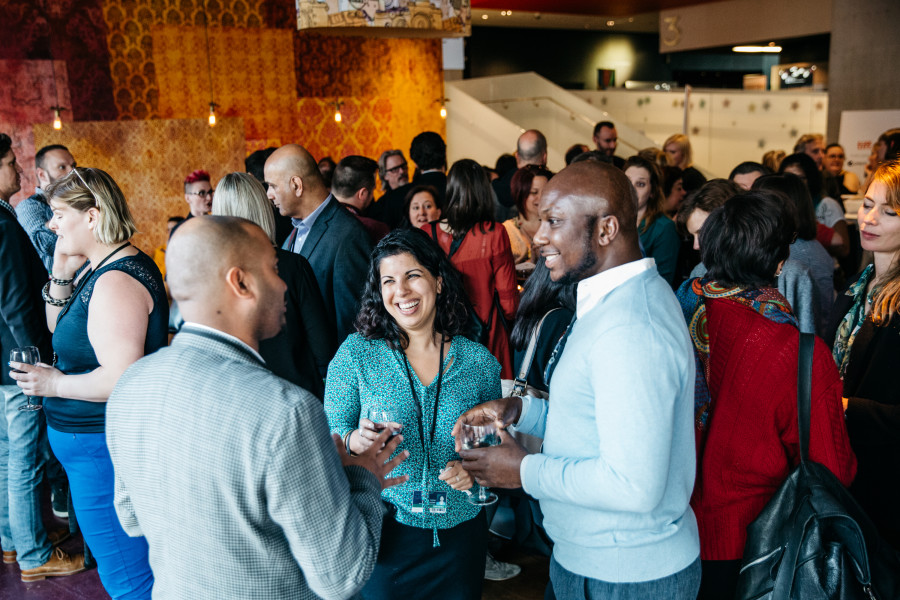 Outstanding filmmaking talent and industry leaders from around the world, all right here

“The programme will feature creative insights from outstanding filmmaking talent, while major industry leaders will debate topical subjects, including diversity and gender inclusion,” said Kathleen Drumm, Director, TIFF Industry. “In crafting the sessions, our programming team has recognized that providing access to opportunities and enabling a greater understanding of evolving investment models is essential for the artistic and financial sustainability of the industry.”

TIFF’s Industry’s onstage conversation series features some of the most powerful and influential movers and shakers in the film world. This year’s Moguls include:

The Master Class series presents an eclectic mélange of international directors and artists who have championed social progress and innovations in storytelling through their work. This year’s guests include Doug Liman on VR (Invisible), Mira Nair (Queen Of Katwe), Feng Xiaogang (I Am Not Madame Bovary), and a live performance by Canadian composer Mark Korven (The Witch) co-presented with the Screen Composers Guild of Canada.

New this year, TIFF Industry Conference welcomes The Guardian, featuring exclusive Q&A sessions with some of the most notable actors and directors at the Festival, interviewed by The Guardian’s editorial team.

Brexit & UK Film Industry: What Happens Now? Panellists discussing the impact and opportunities presented by the recent EU referendum include:

Know Your Film: New Online Tools for Monetizing and Marketing From financing to marketing and direct audience engagement, these industrious creator/developers present a live demo of their online services:

Women at the Helm: Because it’s 2016! Our panellists discuss newly implemented initiatives and commitments to providing opportunities for gender parity in film:

Where Do All the Indies Go? Panellists discuss the complicated exhibition ecosystem and ask how best to revive the distribution of, and production opportunities for, independent cinema:

Unconventional Voices Insights from groundbreaking writer/directors who have put their imaginations to work refreshing cinematic genres:

Pathways and Protocols – Collaborating with Indigenous Communities Indigenous filmmakers and Screen Australia discuss how best to collaborate with Indigenous communities, Co-presented by imagineNATIVE, this panel includes:

VR/360: Mapping Sustainable Business Models Highlighting the ways the film industry and filmmakers could best exploit the financial opportunities VR presents, this panel is co-presented by the Canada Media Fund, with:

Race and History: A Conversation with Raoul Peck I Am Not Your Negro director Raoul Peck (Sometimes in April, Lumumba) brings a fresh and radical perspective to the current racial narratives in America. In this keynote conversation, he discusses what drew him to make this critical film, and his inventive approaches to history throughout his career.

Filming in Exile In Exile Director Tin Win Naing, and Producers Yasmin C. Rams and Rodney Charles discuss the challenges of filming with migrant workers in a remote region. Their experiences offer lessons and inspiration for any filmmaker confronting logistical, ethical, and technical hurdles.

Editing with Herzog: A Conversation with Joe Bini Editor Joe Bini has worked with Werner Herzog on many films including Cave of Forgotten Dreams, Encounters at the End of the World, Grizzly Man, and Into the Inferno, which is playing at this year's Festival. In this conversation, he discusses the process of creating these essayistic documentaries.

Documenting In Real Time: A Conversation with Steve James In his new film, ABACUS: Small Enough to Jail, Oscar-nominated director Steve James (Hoop Dreams; The Interrupters; Life Itself) follows an important story that is virtually unknown outside New York’s Chinatown community: the trial of Abacus, a family-run bank serving Chinese immigrants and the only bank to be criminally indicted by the New York District Attorney after the 2008 mortgage crisis. He joins us to discuss his rich career, and the craft of documenting an unfolding story where the outcome was unknown.

Cinematic Storytelling in the Mobile and Social Age Great Big Story is a new, independent digital video network backed by CNN, but unlike its parent company, doesn’t focus on breaking news. GBS collaborates with filmmakers on short form, non-fiction, human-interest content. The platform has featured work from accomplished filmmakers such as Zackary Canepari (Briana) and Sharon Liese (The Gnomist). The GBS team of Executive Producer Courtney Coupe, Creative Director Ben Whitla, and Director of Content/Development Matt Drake, discuss how a story package is built from start to finish. They will also announce a new commitment to unscripted shorts coming this fall in partnership with TIFF.

The Art of Performance: A Conversation with Jonathan Demme Oscar-winning director Jonathan Demme (Stop Making Sense; Silence of the Lambs; Rachel Getting Married) has a rich history of making films with musicians, including The Talking Heads, Robyn Hitchcock, and Neil Young. In his latest JT + The Tennessee Kids, Demme turns his lens on an even larger-scale concert — the final show of Justin Timberlake's 20/20 tour. He joins us to discuss his approaches to capturing performance and his painstaking process of finding the right cinematic style to reflect different performers.

Inside True Crime True crime has become a hot topic in documentary. In this session, we speak to a director who’s investigating a complicated case.

An exciting series of presentations for short film producers and directors.

SHORT CUTS The Journey of a Short Film – Year One Experts in their fields discuss how to make the most of a year on the film circuit, from festival play to awards consideration, to sales and distribution. Panelists include:

SHORT CUTS Case Studies: Transitioning to Features Former Short Cuts filmmakers returning to the festival this year with their feature film debuts share what they learned in making the journey from shorts to features. Panelists include:

The perfect meeting space for industry professionals with free WiFi and a variety of meeting spaces, the Industry Lounge is open September 9 to 14, from 9:00am to 6:30pm, and on September 15 from 9:30am to noon, and is located in the Glenn Gould Studio Lobby at the Canadian Broadcasting Centre, 250 Front St. West.

Come along, unwind and meet filmmakers, producers, and potential business partners from around the world. Industry Happy Hours are held in the Glenn Gould Studio Lobby at the Canadian Broadcasting Centre, 250 Front St. West, September 9-14 from 5:30pm to 6:30pm. The Industry Cocktail, on September 15 from 5:00pm to 7:00pm, is co-presented with the Ontario Media Development Corporation, and will celebrate the close of another year of successful industry events.

CMPA Producer’s Award This award is presented annually to an outstanding Canadian producer with a Canadian feature at the Festival, and will take place on Thursday, September 8.

Telefilm Canada Talent to Watch Presented by Telefilm Canada, this series highlights the hottest homegrown directors who are the buzz of 2016. Topics include:

Telefilm Canada’s PITCH THIS! Six filmmaking teams have six minutes to pitch their feature film idea to an industry audience and jury. The winning team takes home $15,000 to develop their project!

Online industry registration for the Toronto International Film Festival® is now open. There are five pass types, each offering access to the Industry Conference and Doc Conference. Online registration closes August 26. To learn more about passes and price points visit the Industry page.