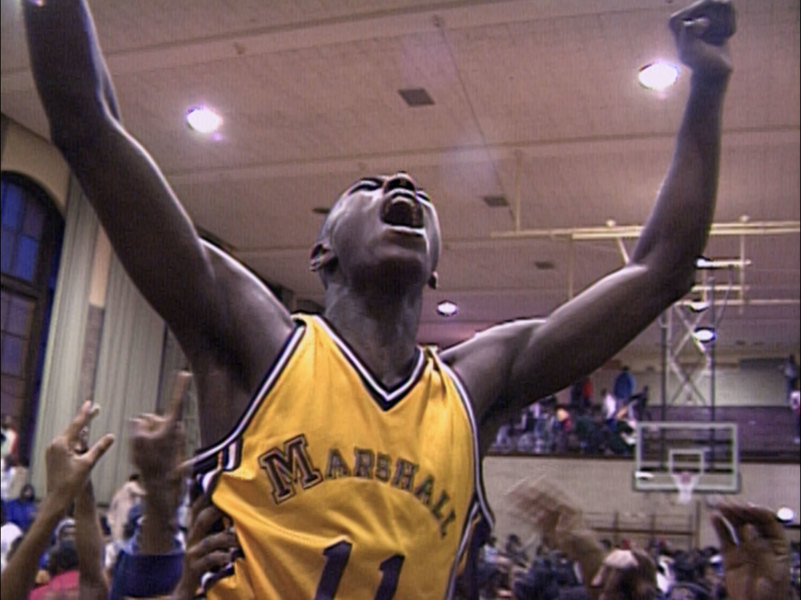 Critically acclaimed director and producer Steve James answers questions from post-secondary students and faculty about the production and reception of his award-winning documentary Hoop Dreams.

Award-winning director, producer, editor, and cinematographer Steve James joined post-secondary students and faculty for a screening of his groundbreaking documentary film Hoop Dreams (1994). The film follows two African-American teens living in the inner-city of Chicago as they struggle to earn college basketball scholarships. Seven-and-a-half years in the making, today, Hoop Dreams is a canonical documentary text, deemed essential viewing for those interested in the medium. James followed up Hoop Dreams with several critically acclaimed documentaries, including Stevie (2002) and The Interrupters (2011), as well as fictional works such as Prefontaine (1997). In a Q&A following the screening, James discussed both the production and reception of Hoop Dreams, responding to questions surrounding storytelling, editing, and the personal boundaries involved in observational documentary filmmaking. Other topics included: the importance of marketing, distribution and the exhibition of Hoop Dreams to different viewing audiences, the politics of film awards, and ethical issues in producing socially engaged documentaries. This Higher Learning event was held on October 7, 2011 at TIFF Bell Lightbox