The Afrobubblegum filmmaker flies to Toronto for Rafiki, which was banned in her home country of Kenya 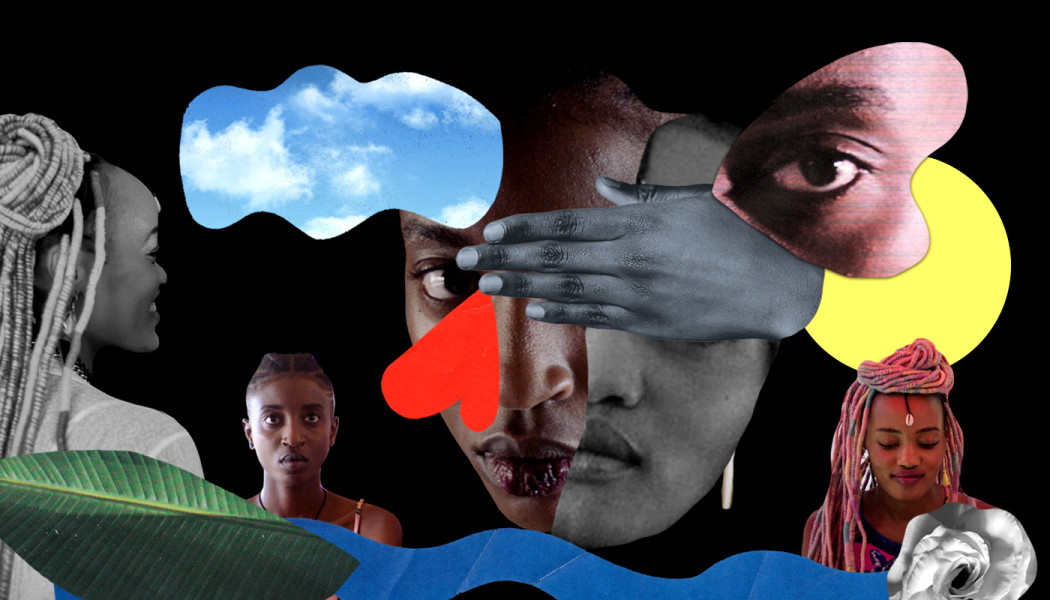 Since being selected as the first Kenyan film at Cannes, Wanuri Kahiu’s sophomore feature film, Rafiki, has been making waves around the globe. And rightly so. The story of two young women who fall in love, Rafiki showcases Kahiu’s keen cinematic eye — rich in colours and textures — to evoke the forbidden longing and deep desire between the protagonists (played by newcomers Samantha Mugatsia and Sheila Munyiva). Set in Nairobi, the city itself plays a part in the film, as Kahiu shoots her city in all its vibrancy — a city that cannot see the film, as it has been banned in the country by Kenyan authorities. Rafiki is very much a part of the genre that Kahiu coined, called Afrobubblegum, which is filmmaking from the continent that embodies “a fun, fierce and frivolous representation of Africa.” (If you haven’t already, you should definitely watch Kahiu’s TED Talk on this very topic.)

Over Skype from Nairobi, Kahiu took the time to talk to us ahead of her film’s North American Premiere at TIFF, about the art of adaptation, love stories, and the fierce women that inspire her.

Rafiki, a part of Discovery, will screen on September 6, 8, and 16. Tickets are on sale to TIFF Members as of September 1, according to level, and open to the public on September 3. 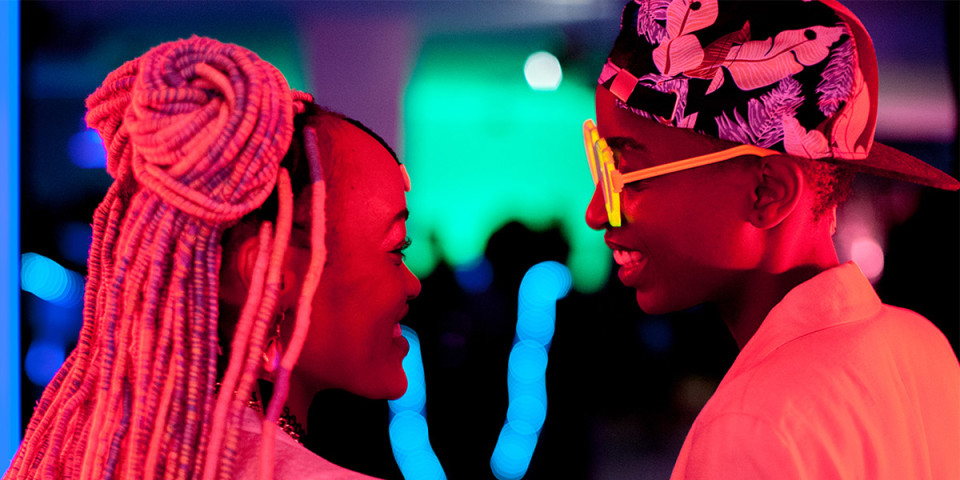 What would your elevator pitch be for Rafiki?

Rafiki is a love story about two girls who fall in love, and the world that changes around them as a result of their love. They have to choose between love and safety.

Where did this story come from?

More than anything, I wanted to tell a love story. It's been really important for me to tell more love stories coming from the continent. I read Jambula Tree (the short story on which Rafiki is based), because (producer) Steven Markovitz was looking for us to adapt modern African literature to film. When I found Jambula Tree, I knew it was the story that I wanted to adapt because it was the most poignant; it felt like the purest version of love I had seen in the short stories I had been reading from the continent. I was completely taken away by the innocence of the young women and how they chose to love — how they were being uncomfortable in their bodies, and being uncomfortable in their love, but still wanted to pursue it. It just felt so authentic and so sweet that I really, really wanted to be able to tell that story.

It's also so important that we see ourselves in love, because we rarely do. I'm surrounded by people who are always falling in love, but they're never represented. I wanted to represent us as Nairobians in love, young people who feel things for the sake of feeling things without any other meaning attached.

Why do you feel it is important to adapt African literature by Africans for the screen?

We have a huge wealth of literature. We have great writers past and present, from Ben Okri and Ngugi wa Thiong'o to Chimamanda Ngozi Adichie. There is so much great fiction alive and present in Africa that it's actually stunning to me that not more literature has been adapted. It has been such a joy to work with Jambula Tree for Rafiki — more than anything because of how beautiful it is, but also because I became connected to the writer Monica Arac de Nyeko, who is lovely and so wonderful. 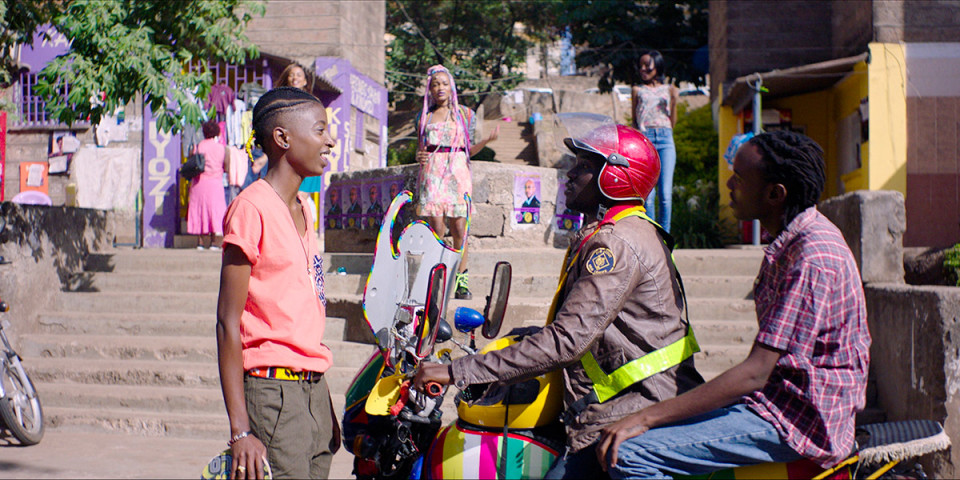 Samantha Mugatsia and Sheila Munyiva, who play the leads, have a raw naturalism. It’s their first time in feature films, as well, correct?

Yes, it’s definitely their first. Sheila, who plays Ziki, had played in some TV movie, but this was her first leading role. And Sam, who plays Kena, had never done any film in her life, but she brought such a natural presence when she came in for the auditions. I had first seen her at a party, and I asked her to come for the auditions. When she came, she was so present, so in that moment, and really didn't put anything on it. She's a natural. It was wonderful. I love those two women now. I feel like they are a part of the family.

The chemistry between Sam and Sheila is so palpable. Another thing that makes the film feel so vibrant and alive is the texture and the colours that you weave into the film.

But then, also, colour was top of mind because Nairobi is so naturally full of primary colours. We wanted to use that as part of the film and use it to demonstrate the noise and the clutter and the claustrophobia that their world presents. When Sam and Sheila were apart from that, it just seemed quieter and softer and more peaceful. We used colour and the contrast in colour to create their worlds.

Does this attention to colour come from Afrobubblegum? Could you expand on that ethos, movement, genre… I never quite know exactly how to define it because it’s kind of all-encompassing. (Laughs)

For me, at the moment, it’s more of a genre than anything else, because people are referring to their work as Afrobubblegum, including filmmakers like hajooj kuka —

Whose film aKasha is at TIFF, too!

Yes! There are many different people who are describing their work as Afrobubblegum, which just means that we are allowing ourselves as filmmakers and as artists to be frivolous — allowing ourselves to tell non-serious, issues-driven films and non-agenda films. We use imaginations first and, above all else, tell joyful and hopeful stories about ourselves as Africans. It's incredibly important for us to say that joy is important and, actually, as silly as it sounds, to try and take joy more seriously when it comes to contextualizing Africa and African content.

With Rafiki, Afrobubblegum was present because we showed joy. We showed how they were in love, how they were playful, and how they were... There wasn’t anything crazy about them. It was just: they fell in love. It means a lot to show that basic, everyday, joyful, hopeful things happen on our side of the world, especially in Nairobi, because that’s what I know. That’s the place I know best and that’s the life I’ve experienced — surrounded by people who are full of hope and joy. 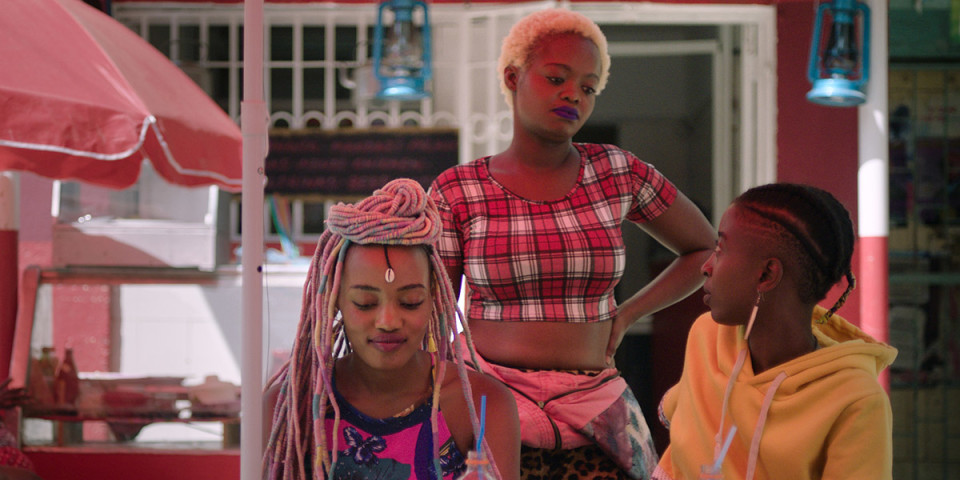 When did you decide to become a filmmaker?

I knew I wanted to become a filmmaker at 16. Unlike other filmmakers, I hadn't watched a specific film that inspired the choice, or there wasn't a filmmaker I had come across that I aspired to be — not anything like that. It was just the very sudden realization that people create film and TV. It hadn't occurred to me until I walked into this TV studio somewhere in Nairobi and I realized that it was an actual option, that people do that actually for a living. When I saw it, I realized that that was all I wanted to be. I mean, I had watched films — I had watched many films. I grew up on musicals. But it never occurred to me to make one until that moment when I thought, “I can do this.” Once I realized it was an option, that is all I pursued. I would take any internship. I'd do anything that would allow me to be in any space that was a creative in the industry.

Was there any really good advice that you were given on your route to becoming a filmmaker?

In life or recently? (Laughs)

You have to keep creating and completing projects. It’s as simple as that. The ability to complete projects gives you a portfolio of work. For me, what I have noticed is that, until you’re 10 years in, you really won't be seen. So you need at least 10 years of consistent work in whatever industry that you choose to be in, to be recognized. Some are lucky enough to break earlier than that. But for most independent filmmakers, they need to have been working consistently and they need to have been creating work for a good amount of time before even their first real job comes around. It's more important than anything to be consistent, be persistent, and complete products. It's the most boring advice. The most.

But it’s the most practical advice, and the kind of advice that not everyone wants to give or hear because it is not necessarily sexy.

You have to complete the work. Even if it is not good, it should be complete. Nothing is perfect. It just has to be complete.

Who do you admire in the film industry?

At the moment, I really, truly admire Ava DuVernay, because of her drive — her ability to be consistent and keep beating that path and walking that road, and being very, very clear about her intentions and her drive and her motivation.

I’m so grateful for the work ethic of people like Shonda Rhimes, as well, and her growth as I watch it from far. These two women are some of the most extraordinary figures in film and television, and they have been such champions of the work that they are doing. They have given me such hope and such strength — because it means that I can too. 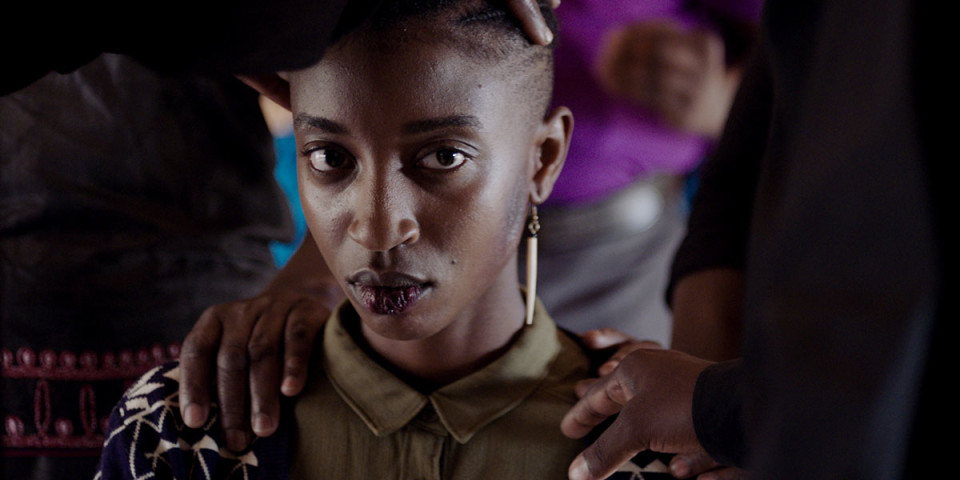 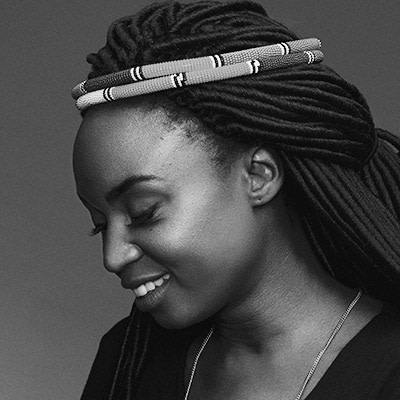 Wanuri Kahiu was born in Nairobi and studied producing and directing at UCLA’s school of theatre, film and television. As a director her short films include Ras Star (06) and Pumzi (09). Her features include From a Whisper (09), Africa First: Volume One (10), the documentary Who Am I? (16), and Rafiki (18).

Support filmmakers like Wanuri Kahiu by donating to Share Her Journey, TIFF’s commitment to increase participation, skills, and opportunities for women behind and in front of the camera.