Rejection is How You Become a Filmmaker

Rejection is How You Become a Filmmaker

Molly McGlynn describes the long hard road taken to get her first feature, Mary Goes Round, to TIFF '17 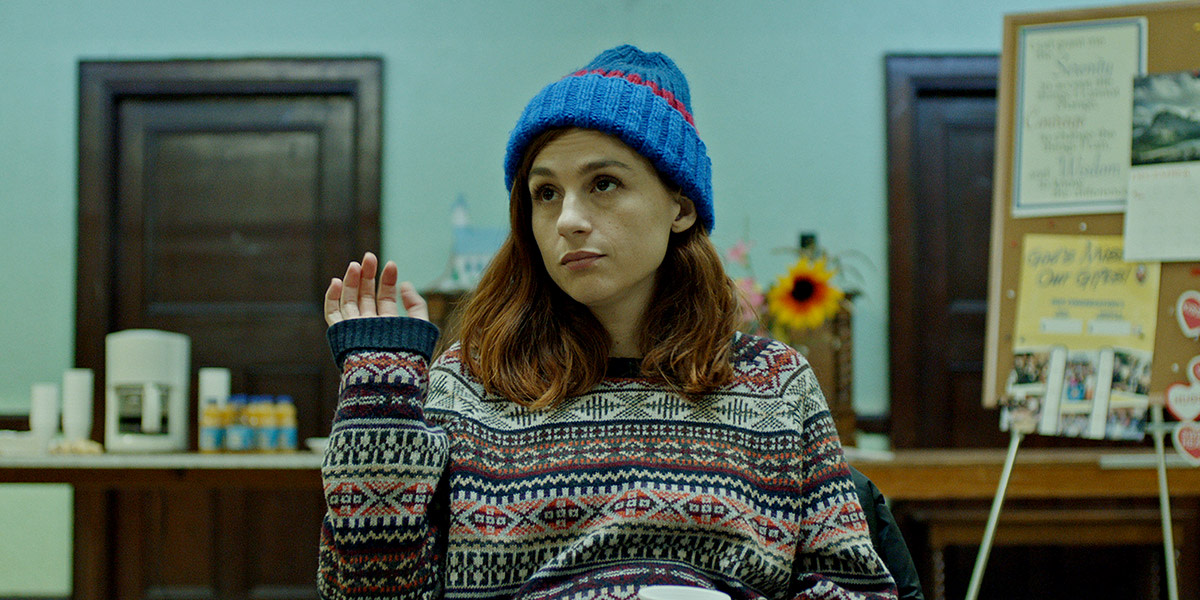 Molly McGlynn is the writer/director of Mary Goes Round, which will have its international premiere at TIFF '17. This piece was originally published last year on The Review when her short film 3-Way (Not Calling) played TIFF '16.

I have a theory that all successful filmmakers need to have some degree of delusion in order to combat the relentless obstacles involved in being one. The world needs many things right now, but I am not sure that a new filmmaker is one of them. “But art is transcendent! It changes people’s perception of themselves and the world around them! Not everyone can be a doctor! Or Amal Alamuddin!”, you say. I agree and once got a C+ on a chemistry exam for “creativity” from Mrs. Holzer in Grade 11.

I am writing this because I am a filmmaker, by choice. I should note that some chance was involved when I switched my undergrad major at Queen’s University from “English” to “Film Studies” after I failed my first paper on Chaucer and my Irish temper flared up following my professor’s “do you know what a thesis is?” note in red pen.

I am pretty damn lucky that I get to make stuff up in my head and play it out before my eyes, as someone else films it. Is this real life? Yes, I love what I do. And yet, there are so many moments where the process of being a filmmaker is heartbreaking, frustrating, and brings out weird emotions, especially as you get rejected from stuff. Which is pretty much all the time!

I am an “emerging filmmaker.” What I am emerging into is up for debate. Is it my voice? My box office revenue (currently $0), my ego? When does it end? Maybe with a career retrospective at TIFF, but honestly, I hope it never does. What’s better than being in the position of proving your talents, or voice?

I’ve made four short films, directed branded content, and a bunch of other stuff. This year at TIFF, I'll screen my first feature, titled Mary Goes Round. It’s about an alcoholic substance abuse counselor who fucks up her life after a DUI and returns to seaside New Jersey to take care of her dying and estranged father. It’s about forgiving your family (and yourself, for that matter) for making mistakes. A little over two years ago, I wrote “FADE OUT” on this very script. And now I am showing to the world at TIFF. What a world. It feels great to have a little momentum in my career as a filmmaker after many, many years. That being said, the road behind me is paved with rejections and I know the ones that are coming up will look like a Michael Bay-directed Cyclops in 3D.

Don’t worry - that’s just me taking a moment to be grateful for every “yes,” “no,” or total accident that got me here.

BUT… I have to remind myself that my great TIFF-shaped stamp of approval does not make me a better filmmaker than anyone else, impervious to future and incessant rejection, or should even give me much more worth as an artist. I really love Mary Goes Round and my short last year, 3-Way (Not Calling). But I love all my other films too. They are imperfect, but like children who can’t do a cartwheel, or have two left feet, I still love them. I made them and we are all narcissists.

When you make a thing, or want to make a thing, a sect of people who maybe make things (or don’t), get to decide if you get money, into a festival, or a good review. Some of these people, whose lives are probably often spent avoiding business cards or Vimeo links at cocktail parties, have a very difficult job. They are not stupid, or out of touch, or even God. Remember when Oz turned out just to be a guy from Omaha, Nebraska? The motley crew of producers, festival programmers, film critic, and cultural grant financiers ended up where they needed to be.

I struggle with crippling insecurity, entitlement, overwhelming bouts of gratitude, and self-doubt. Yes, I’m also known as an “Occasional Walking Nightmare.” I am not ashamed to reveal these things. I remember receiving a big bag of NOPES from a great program that would’ve helped close the gap in financing my feature.

I know the routine. My stomach drops, a flush of heat grows on my face (not the sexy kind), and I feel like a loser with a lunchtray who doesn’t know where to sit. No email a filmmaker wants to get begins with, “thank you for submitting your project for consideration.” What follows is a series of confusingly positive phrases such as: “difficult decision”, “volume of submissions”, “serious consideration,” and “kindest regards.” What I hear, however, other than my own stomach dropping, is usually a self-flagellating narrative involving, “why did you think you’d get that anyways?” Or “I bet X got it, they get everything,” and sometimes, “I should get that certificate in social media management, just in case.”

Well, asshat McGee, they got it because they are good, or are deserving, or worked hard, or their previous 18 projects had been turned down, or their second cousin is on the board. That’s the way it is. The acknowledgment of someone else’s idea does not speak to your goodness, or merit. You are brave and maybe a little nuts for making a sacred thing and asking strangers to see its value. Please never, ever stop the delusional pursuit of your own voice. Find the person who hears it and then tells you kindly how to make it sound even better.

Even if I end up making Sharknado 5 (and I would be lucky to do so!), I know that there are a group of people in my life who would still think I am pretty great. They are also real friends because they wouldn’t let me get tattooed eyebrows, which is a real thing I thought about, because I am not immune to #vanity. So why do I go through this process of anger, sadness, and self-doubt every time someone says no to me? It can’t all be blamed on my parents. I go through it because I want something so desperately and do not have the fortitude and confidence to entirely separate my work from my being. That is okay, if I wasn’t a sensitive little flower, I probably wouldn’t make very good films.

I write this from a place of momentum, fear, and excitement. As far as being a filmmaker goes, it’s a pretty good spot. Last year, I went through a period of confusion, doubt, and whiskey. Here’s what I would have told the “me” back then:

By the time you are 30 (and a bit) years old, and lines begin to creep around your eyes, and your butt is getting a little bit fat, you will have wasted a chunk of your 20s groping. Around on the floor under barstools looking for keys, bodies, jobs, apartments, and lives you try on like disposable clothes until something fits. And then something does. You will write things. You will film these things. You will finally say out loud “I am (that thing)." It will feel like you are wearing a chicken costume at a black-tie event.

You will make some films. Some are pretty good. Some are really not.

You will eat chips and lick your fingers, reminding yourself that chips are gluten-free.

You will sit on your front stoop after being recently turned down from the “Important Person Film Programme” and stomp away from the “Person Who Supports and Loves You.” You will look down at a year etched into the steps of the house and note that it is your mother’s: 1946. She is not alive, but you think of what you she would say.

You think that she would be kind, tilt her head, and make you a cup of tea, but then tell you that it is not right to take the pain of rejection out on the people who love you, or the house for that matter. You will know she is right because she will tell you to keep doing the thing, because five children got in the way of her thing, and how lucky you are that you have the option.

You will lean your head on the “Person Who Supports and Loves You” and cry. Maybe because you’re a filmmaker, you'll imagine a bird's eye view of yourself looking down on this sad, sorry image of yourself. And you will allow yourself to just fucking be that for a minute. You will be fucking sad, sometimes that is necessary. You will walk inside and shower and the urge to write will hit you so hard that you will turn off the shower before the shampoo is out of your hair.

And you will write. Because you have an inkling that you have to make something and you will risk money, homes, babies, and shoes without holes in them because one day you will make “The Thing That Is Better Than All The Other Things You Have Done.”

Until, finally, one day: yes.