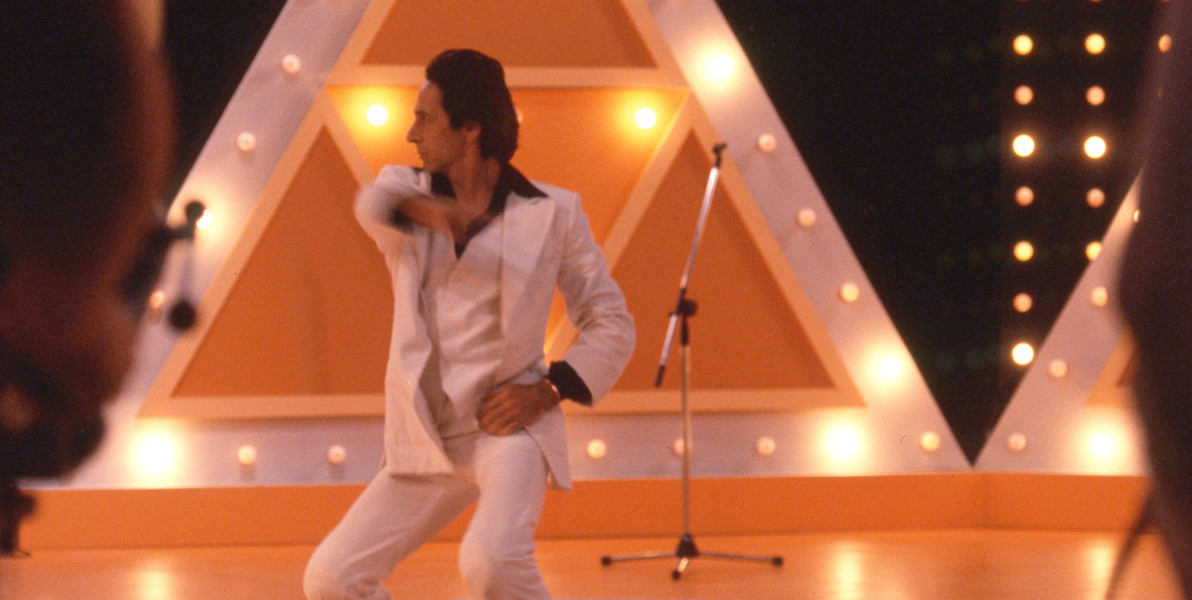 Chronicling the inception, rise, and demise of Augusto Pinochet's 17-year dictatorship in the director's home country, Pablo Larraín's Chile Trilogy announced the emergence of a major auteur. In contrast to his countryman Patricio Guzmán's mournful, poetic approach to the same territory, Larraín — who hails from a wealthy right-wing family once associated with the Pinochet regime — treats his country's tragic history with an acidulous irony that turns his character studies into unnerving allegories of predation and submission.

At once Dantean and disco inferno, Larraín's Tony Manero (often called the director's first feature, though the bizarre Fuga preceded it) turns one man's obsession with his eponymous alter ego into a scary, airless metaphor for cultural imperialism and the psychosis of fascism. Set in Santiago's grubby cantinas and crumbling cinemas in 1978 — the year Saturday Night Fever was released in Chile and half a decade after Pinochet seized power in a US-backed coup — Manero portrays a dead-eyed survivor who is "stayin' alive" by striving for television stardom as a John Travolta imitator. Despite his rather baroque moniker, the film's protagonist Raúl Peralta Paredes O — played by Larraín's ur-actor, the creepily crepuscular Alfredo Castro (whom the director refers to as "the Antonin Artaud of Chile") — cuts an anonymous figure in tan windbreaker and dyed pompadour, his impassive mien masking murderous intent. Looking less like taut Travolta than decaying Pacino, Raúl strips and madly capers to music in his room, but his dance is of the dead, his grin a rictus of pretend ecstasy. Shooting in handheld 16mm with a cinema nervosa arsenal of whip pans, extreme shallow- or out-of-focus images, jump cuts, and fast-tracking follow shots, Larraín displays a Dardennes-style adherence to Raúl's body, which becomes a site of insistent metaphor — "You're lifeless," the madman's girlfriend claims halfway through the film, critiquing his penis for getting swollen but never hard — as the director equates sexual impotence and everyday fascism in the manner of '70s Italian cinema. (The Conformist comes to mind more than once.) 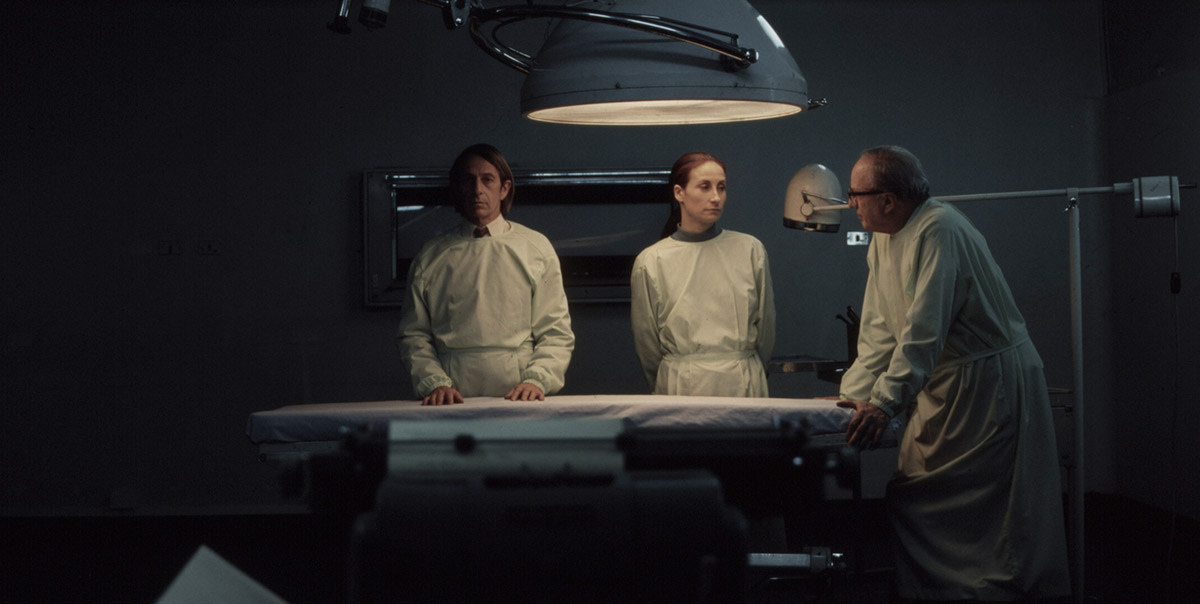 Larraín's use of etiolating light turns Chile into a nation of wraiths in Post Mortem, a baleful allegory about the coup that deposed Salvador Allende in 1973. Less thin white duke than ashen Nosferatu, Castro's sallow, lank-haired morgue assistant Mario Carnejo (his name and occupation derived from those of an actual assistant who was present at Allende's autopsy) furtively dotes on an anorexic cabaret dancer. (The film could be called The Mortician and the Showgirl.) Apolitical and indifferent, their verbal exchanges as scant as their gaunt bodies, the two embark on a cadaverous romance as they do their best to ignore the imminence of history and the country's escalating chaos. While still indulging his taste for the fetid (the greasy rat tail on Nancy's balding boss, the grey chunk of gristle that Mario spits out in the lunchroom) and for emotional extremes, Larraín tames Tony's frantic style for a more concentrated and implacable approach in Post Mortem, shooting in widescreen 16mm blown up to 35mm and employing the late-'60s Russian Lomo lens (reportedly once used by Tarkovsky) to achieve the film's ghostly pallour, a blanching light that is by turns milky and clinical. (Mario helpfully dresses in spectral shades of beige, bone, and off-white.) Larraín's penchant for mixing the oblique and the blatant — the film's title obviously announces a dissection of the body politic — becomes more pronounced in the film's second half, as Mario finds himself official recorder at Allende's autopsy (a shocking sequence filmed on the actual site of the operation, complete with original dissecting table) and "theatre" takes on a double meaning as both medical and performative space, an arena of scientific examination and political stagecraft. 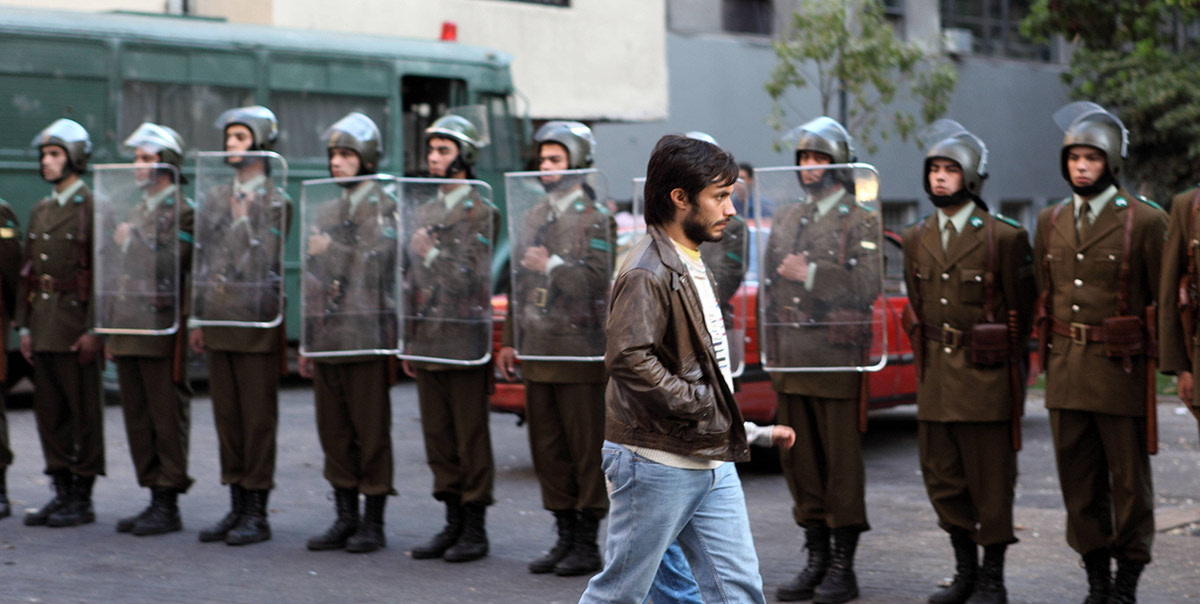 This concern with the manipulation of political imagery culminates in the final film of the trilogy, No, a brilliantly incisive (and mostly true) satire about how a slick advertising campaign helped depose Pinochet in a 1988 plebiscite, where Chileans were asked to vote "Yes" or "No" to an eight-year extension of the dictator's reign. "Today, Chile is thinking of its future," the young marketing guru Rene Saavedra (Gael García Bernal) tells his clients in the film's first minute, before playing an ad for a cola called Free — like so much else in the film, a genuine television spot from the period for a real product — and soothingly intoning "If you're brave, you're Free," while his right-wing boss glugs a bottle of the stuff to illustrate his enthusiasm for the product. The director's viciously acute eye for his characters' (self-)deceptions is equalled only by his attention to period tack (wood-grain everything, Hawaiian theme restaurants, polo shirts made from synthetics whose names have long been forgotten) and the era's cumbersome technology (chunky, tube-illuminated TVs, massive video players, and bunker-sized microwave ovens). To seamlessly interweave his own material with the film's considerable archival footage and the actual advertising campaigns for both sides, Larraín shoots with a clunky 1983 U-Matic video camera, which results in blown-out, swimmy images that steal contours from objects, swallow figures in blinding light, and give flesh the consistency of tallow. As in his previous films, politics becomes inseparable from performance, but No's smeared imagery also signals the director's distaste for Saavedra's neoliberal ideology and shallow manipulations. (When the police attack a "No"-side rally near film's end, Saavedra's first concern is for his car.)

Larraín's jaded view of Chile's past has been recently condemned by the Argentinean film critic Quintín, who accuses the director of loathing his countrymen: "[F]or Larraín the true problem is that Chileans deserve their fate because they secretly liked to be humiliated and destroyed by the barbarians, as they thought that they were not strong enough to rebel against them." Indicting Larraín as a relentless inquisitor of the persecuted with a "taste for ostentatious cruelty and sordidness" — "There is not one likeable person in Post Mortem," he complains — the critic avers that Larraín's cinema is "devoted to showing that the world is doomed and that souls are rotten." Humanist piety is hardly an imperative for Quintín, though one wonders if counting likeable characters in a film is a legitimate evaluative criterion; Bresson and Pialat would surely be found wanting in any such appraisal. Whether you perceive grotesque misanthropy or brilliant Swiftian vision in Larraín's work, his cinema is doubtless designed to elicit vehement debate. Start here.