Mitchum, Madsen, and Me

The TIFF Cinematheque retrospective Out of the Past: The Films of Robert Mitchum runs from February 1 to March 4.

In 2009 I was preparing my first feature, You Might As Well Live, and was seeking an actor for the key supporting role of a drunken ex-ballplayer with a terminal tapeworm. Although the film was a John Waters-esque comedy, for this part I needed someone with a classic Hollywood vibe — someone with the gravitas and swagger of a Lee Marvin or a Sterling Hayden. My search led me to Michael Madsen, who told me he was happy to take the part because he liked the character and was rarely asked to do comedy. (Then again, if one looks at his IMDb page, it seems like he’s perfectly happy to take just about any role that’s offered.) 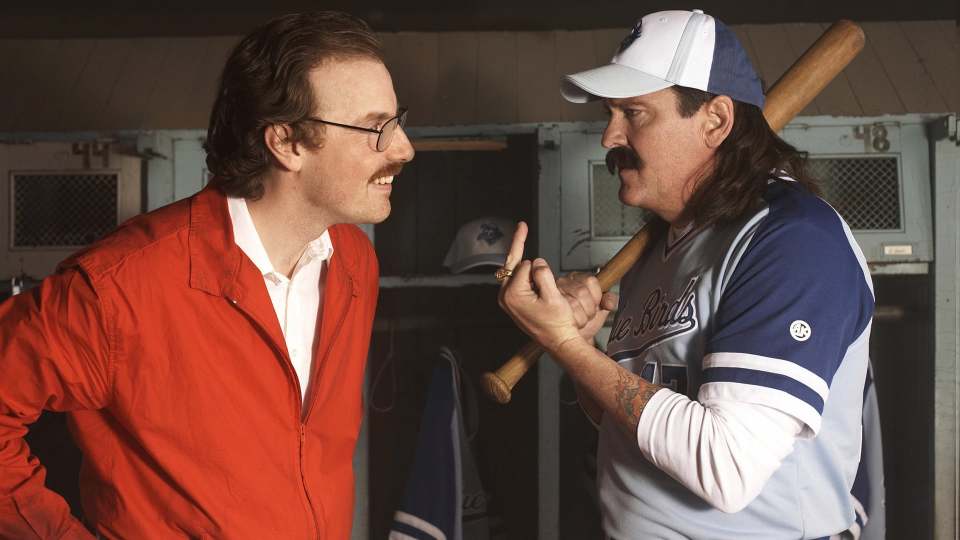 Josh Peace and Michael Madsen in You Might As Well Live

On set, we chatted about our mutual love for “old pictures” (his words — I lack the gravitas and swagger to get away with calling them that), and we soon discovered that we shared an all-time favourite actor: the one whose photo could well appear in the dictionary next to word “laconic.” Madsen then proceeded to tell me an anecdote about the time he met Robert Mitchum, one which I’m bound to get wrong here (sorry Michael, it’s been a few years). But then again, part of the charm of Mitchum’s biography is the tall tales that he (and others) liked to sprinkle in. So if the details below are a little off (or a little too perfect)… well, to quote Ol’ Bob’s famous line from Out of the Past, “Baby, I don’t care.”

Soon after Madsen first came to Hollywood, he was walking down the street when he saw Mitchum, sitting by himself on a patio and sipping something strong. The future Mr. Blonde approached the former Max Cady and earnestly asked his idol if he had any helpful words for a green kid from Chicago who was trying to make a career as an actor.

Mitchum thought about it for a second, took a hit of booze, shot the kid a mischievous look from under those legendarily heavy eyelids, and deadpanned:

“Yeah… Why the hell would you want to do a thing like that?”

I was in my early teens when my own Mitchum love took root — a love that, fittingly, was occasioned by a memory from out of the past. I remembered a haunting image from a strange black-and-white movie that I had seen on laserdisc as a child: an image of a woman in a car at the bottom of a river, her long blonde hair flowing in the current, the sunshine from above making the water sparkle like diamonds. 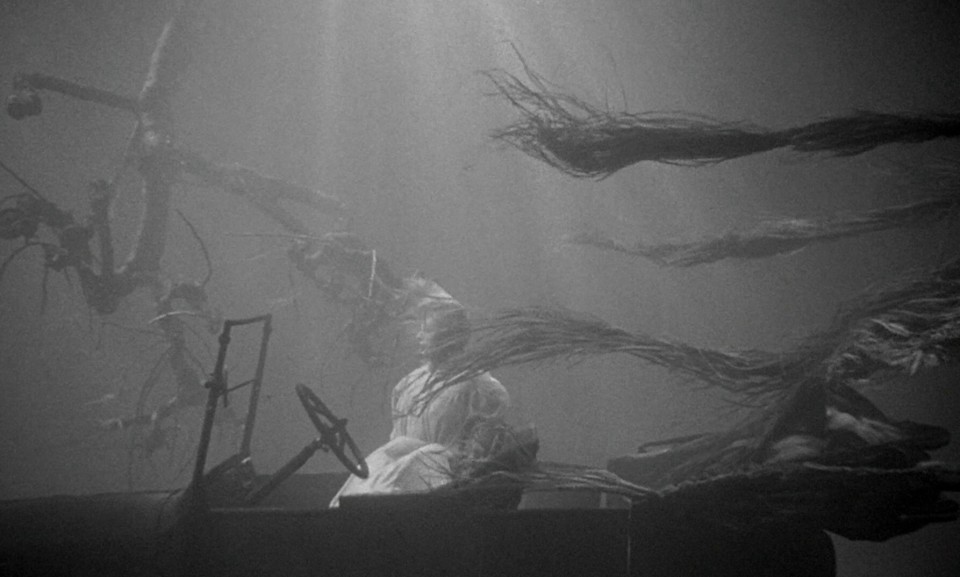 After a little bit of digging, I found out that this scene was from Charles Laughton’s The Night of the Hunter. I promptly hit up the video store and, as this was the mid-’90s and the film had yet to be given its proper due as a masterpiece, I found the movie buried on the dusty bottom rack of the horror section.

Even now, after countless viewings, I’m still amazed by the film’s originality, sophisticated subtext and the deft way Laughton weaves together seemingly disparate styles and tones into a piece of art that’s perfectly cohesive, vital, and bold. It’s at once childlike and very adult, surprisingly honest and naturalistic yet filled with sequences that are wildly expressionistic. It deals frankly with sexuality, psychology, and the horror of misogyny, but then, at exactly the right moments, explodes into heavy theatricality, absurdism and camp.

And at its centre is Robert Mitchum, as one of the most iconic screen villains of all time: Preacher Harry Powell, kitted out with Colonel Sanders ribbon tie, “LOVE” and “HATE” knuckle tattoos, and phallic switchblade. For an actor who cultivated a reputation for indifference towards his work — as he once said, in one of many choice, self-deprecating Mitchum quotes, “I have two acting styles: with and without a horse” — Mitchum does so much with this role, bringing a depth and nuance that betrays not only a strong artistic vision, but also a genuine commitment to craft. 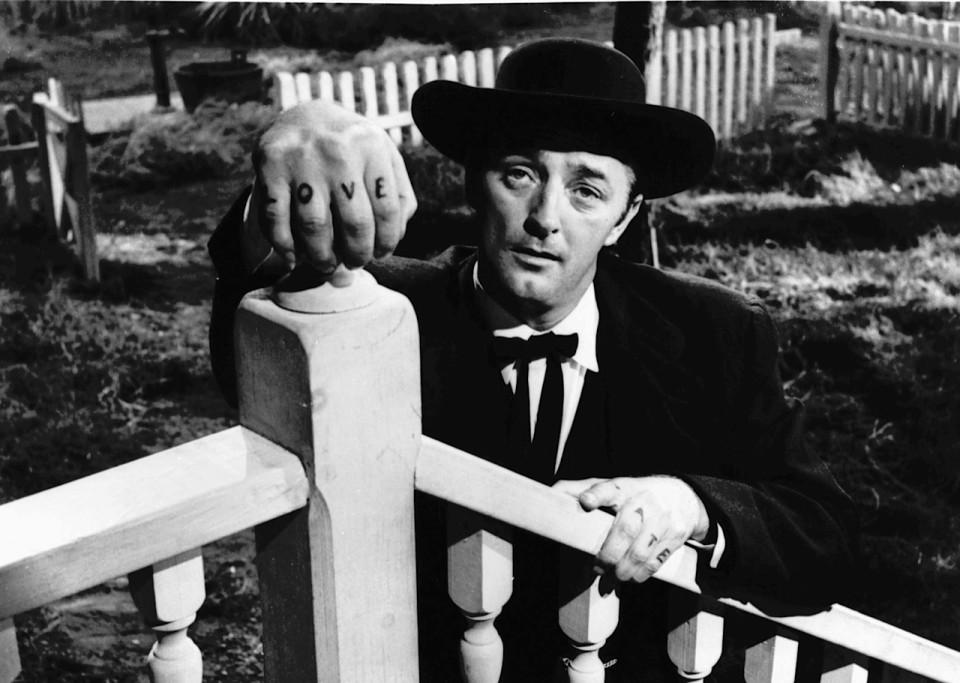 Mitchum as Harry Powell in The Night of the Hunter

But of course, playing it cool was what made Mitchum Mitchum, and part of the reason he exerted such a powerful influence on me was because his performances often seem so much more “modern” than those of his contemporaries. His detachment, cynicism, sense of mischief, the way he seems to be commenting on the film he’s inhabiting through his very presence, makes him seem so much more alive on screen — and when he revs his acting engines up and goes into high gear, he’s absolutely electric. Following that fateful first viewing, I quickly sought him out in a host of other gems — Cape Fear, Out of the Past, Thunder Road, Angel Face, Heaven Knows, Mr. Allison, and The Friends of Eddie Coyle, to name just a few. Watching him work with so many of my favourite filmmakers — Ray, Huston, Preminger, Jarmusch — allowed me to study the way in which the collaboration between a great director and a great actor can create a special kind of alchemy. And even when my burgeoning Bobsession led me into dark places — e.g., the ill-advised, hilariously awful 1957 LP Calypso is Like So — just like Mitchum’s Jeff Bailey in Out of the Past, I accepted my fate with resignation and abandon. (“Build my gallows high....”) 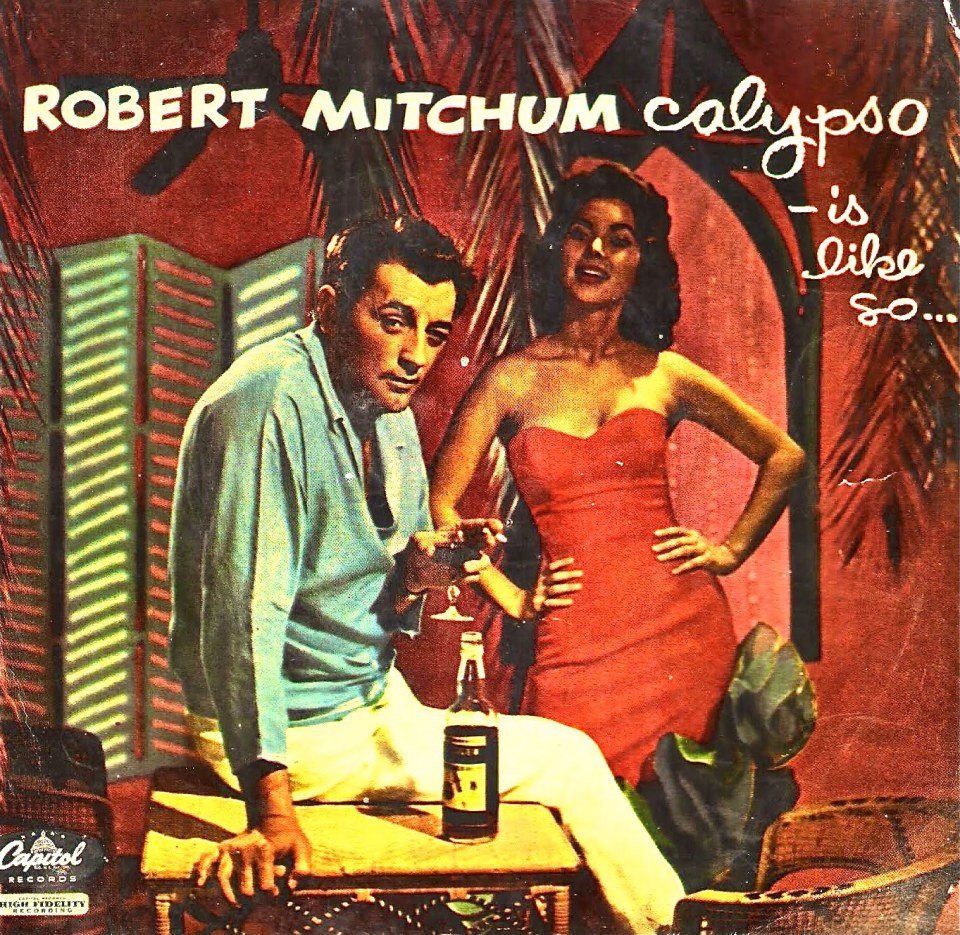 More than anything, Mitchum is an inspiration for the way I approach my work. I try to adopt an attitude of wry humour and a healthy disdain when talking about it and about my process; I hope it helps me avoid the pitfalls of pretentiousness and self-importance (something that makes me cringe even more than Bob’s bad calypso patois). But like Mitchum when he was at his best, deep down of course I care deeply.

West Locust, the feature I hope to shoot later this year (and whose screenplay I just had the opportunity to workshop over the last few months through TIFF Studio) is a neo-noir that draws a lot of inspiration from the crime films of Robert Mitchum, as well as Gun Crazy, The Postman Always Rings Twice, Wild at Heart, and some of the films of Ida Lupino (whom I wrote about in this space last summer). And while I’ve written two characters that, if I had a time machine, would be perfect for Lupino, I don’t have one for Mitchum. I think he holds such a special place in my cinematic heart that creating a role that could fit him would just be too much. Even still, sometimes when I’m going over and revising the dialogue, in my head I’ll hear a line or two spoken in his voice, that unmistakable, bourbon-soaked baritone. Ultimately, Robert Mitchum is my patron saint on this project because I aspire to tap into that electricity that happens when style meets emotion and theatricality meets emotional depth, that vibe where the way a phrase is turned sounds like music from a dream.

And that brings me back to Madsen’s story. After seemingly shooting down the kid from Chicago with that dismissive quip, Mitchum invited the young actor to take a seat at his table and ordered him a drink. Then the two of them nursed their booze silently as the last rays of afternoon sun gave way to the kind of magical evening glow that only happens in Hollywood.

At least, that’s how I remember it.

Simon Ennis is the writer-director of the feature films Lunarcy! and You Might As Well Live. He is currently in development on the colour crime movie West Locust, as well as a number of documentary projects.

The A-Z of Robert Mitchum

Out of the Past

The Story of G.I. Joe

River of No Return

Home from the Hill

Blood on the Moon

Track of the Cat

The Friends of Eddie Coyle