Meet Helen Haig-Brown, the co-director of *Edge of the Knife*

Meet Helen Haig-Brown, the co-director of Edge of the Knife

How do you make a movie in an endangered language that only 24 people on the planet understand? 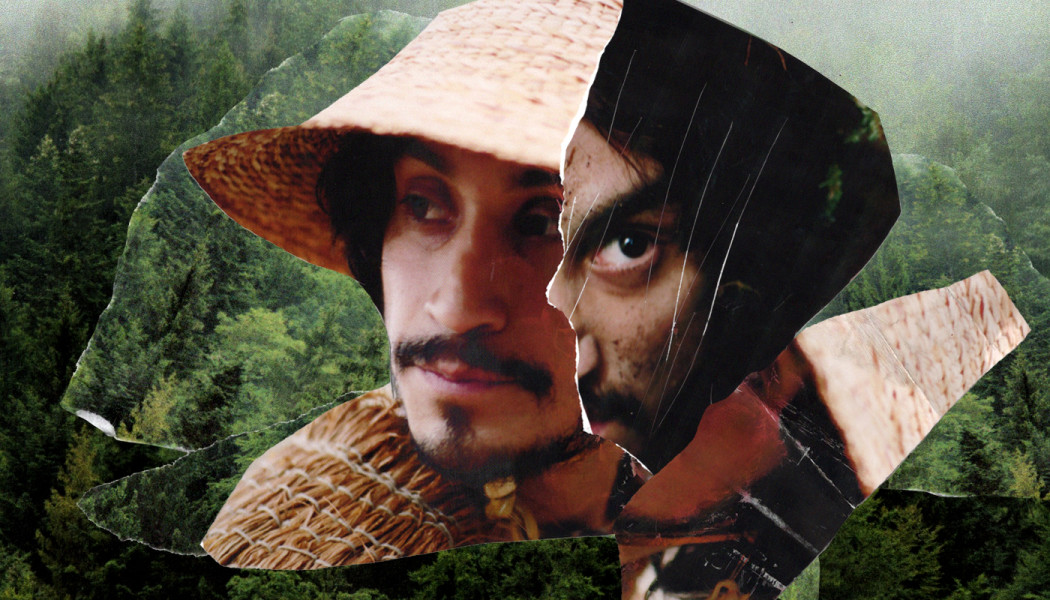 “Holy shit, are we really okay?” A reasonable question from Tsilhqot’in director Helen Haig-Brown, who filmed her debut fiction feature, Edge of the Knife, in Haida — an endangered language that neither she, nor half of her starring cast, spoke fluently. In fact, only 24 people on the planet understand Haida.

The resulting film, however, is assured, illuminating, and unlike anything else you’ll see at the 43rd Toronto International Film Festival, where it will make its World Premiere. Co-directed by Gwaai Edenshaw and produced by Isuma (Canada's first Inuit independent production company, led by Zacharias Kunuk), Edge of the Knife’s story draws on the Haida legend of the Gaagiixiid/Gaagiid, or “Wildman." When a man experiences a tragedy on a fishing retreat in remote 19th-century Haida Gwaii, British Columbia, the torment drives him deep into the forest, where he is transformed.

Haig-Brown spoke to TIFF Canadian Feature Programmer Danis Goulet about how Edge of the Knife came together, the importance of collaboration on-set, and how to fake a great Haida accent.

Edge of the Knife screens September 7, 10, and 13 as part of the Discovery programme 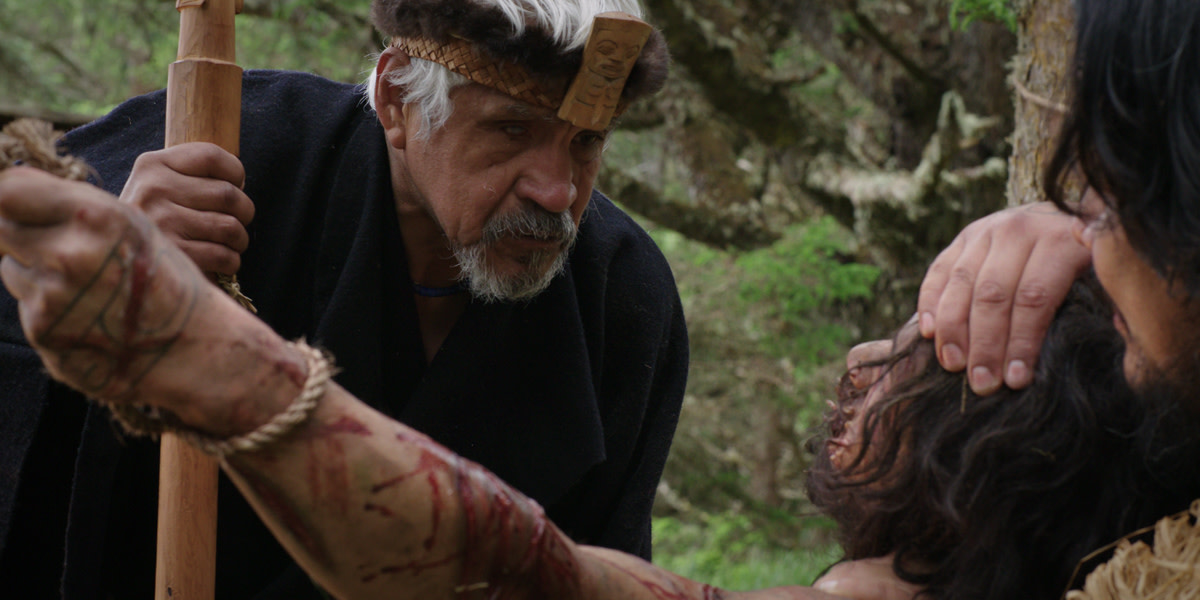 Edge of the Knife

How did the project come to you?

My partner is Haida, and I moved to Haida Gwaii — it's been four or five years now — and I had only been there maybe six months or so when I started to hear the whispers of this community project in Haida Gwaii from the University of British Columbia that began with Leonie Sandercock, a professor there. Leonie's also a documentary filmmaker, and one of her past students — Jonathan Frantz (Maliglutit (Searchers)), who had been working with Isuma — suggested to her, "Why don't you make a narrative, a feature film, and we could produce it?"

As this was happening, people kept saying to me, "You should come to these meetings." I remember just feeling really tentative about going — like, I was still finding my feet in Haida Gwaii. I had just finished My Legacy and I was kind of exhausted, and quite happy to just be having a child. And there was me being a Tsilhqot'in woman in another person's territory. And the territory's so different than mine. I felt like a fish out of water. I didn’t know how to contribute to a film in that place, on that land, and also in a culture that was then quite foreign to me. I didn’t want to take up space.

I initially didn't go to any of the meetings. They continued on and got their script. They put it up to the community to decide on what sort of story (they would tell). They came up with Gaagiid. There are a lot of Gaagiid stories to work with, and they did a callout to people to apply to be the scriptwriter there. Gwaai and Jaalen Edenshaw had written the play that was done in the Haida language, so they had a long history of creating projects and works that are language-centric in the Haida community. They were selected for the script, and Leonie, who has a scriptwriting background, stayed on as the fourth writer.

When they were ready to apply for funding, I got a call.

Jonathan was in town and we got coffee. He said, "You're a director. You're living here in Haida Gwaii. What do you say, do you want to direct this film?" I was just sitting there dumbfounded, like, "Isuma is asking if I would like to direct the film — a feature film! This is a dream. It feels like it's completely fallen on my lap. How lucky am I that it just so happened to be at the right place at the right time?” But I told him I wasn’t comfortable. I can’t do it. I’m not Haida. There’s no way I'm going to be able to direct a period piece correctly and be comfortable.

So he said, "Well, what do you think about co-directing with Gwaai Edenshaw?" And I was like, "I'll do it!" (Laughs) "I'll absolutely do it." Right away. I could see my role in it, bringing the technical elements of directing and the visual, while Gwaii handles the story. I can work in collaboration. I can support Gwaii in that way. 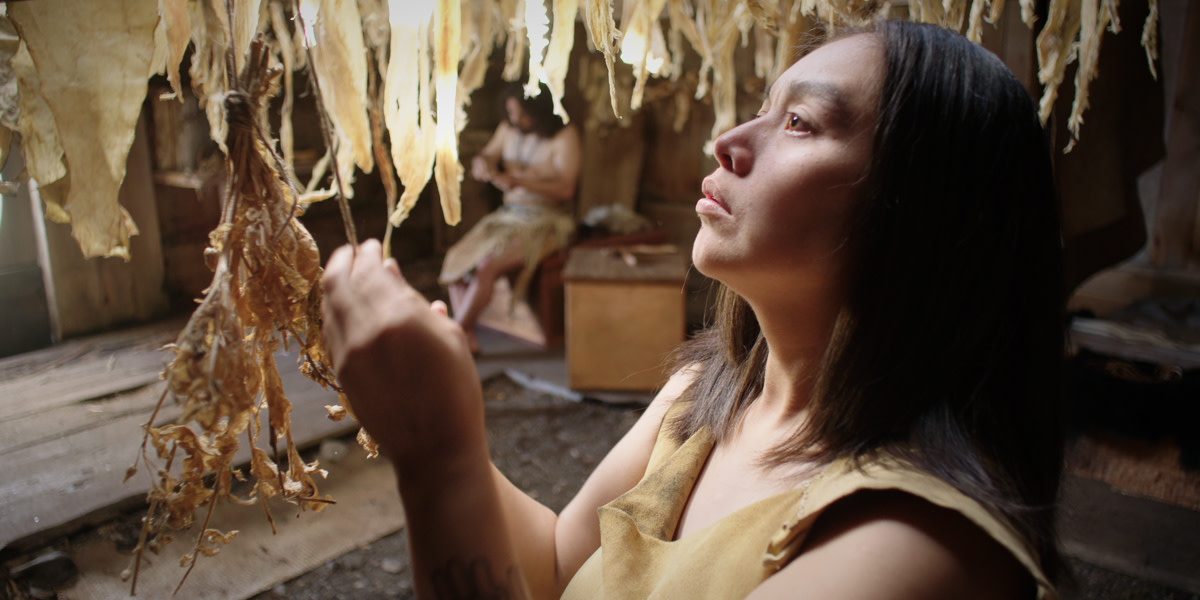 Edge of the Knife

I find it very striking that this project started from the community, where the locals’ perspectives are valued as essential, even necessary.

That's what Isuma brings. It’s what they value.

Can you also tell me about the Isuma process?

For me, this film with Isuma was an opportunity to push my own skill sets. I've always thought one of my weaknesses is a sense and need to over-control, and part of that is dictating the frame or the visual end of things. In my documentaries, I tried and practiced how to be unobtrusive. I remember shooting one with my brother, where I had to go along on a hunt and get what I could get, and then be able to cut it together. That was impossible at first. I worked at it, but I was still like, "Hey, stop! Run ahead of them. Okay, stop. Walk there again. Okay, walk there again. Do it." There’s a tension and balance in being visually driven as a director — wanting that perfect frame — and also expecting and needing the realness or the naturalness of something.

When Zacharias Kunuk and Norman Cohn (co-founders of Isuma) came up to Haida Gwaii in the early days, like a year before production, we talked a lot about how the art of Isuma is to very much be unobtrusive — to allow people to be seen — and how difficult it is as a cameraperson because you only have these magical moments once in a while where you get it perfect, where you get that beautiful cinematic moment, where everything matches perfectly: the frame, the camera movement, the performer, naturally in themselves. There’s no obtrusiveness, no controlling, no “directing.”

I'm kind of floored by what you're saying right now. Just thinking about the art and the craft of direction and how much people think of the "auteur" as the person in control of everything. The Isuma way of filmmaking sounds like the antithesis of that — and yet, at the same time, it's like you're trying to create the conditions for everything to happen in the right way.

Totally, totally. This is what drew me to the project. I remember saying to Jonathan at some point, in this very first meeting, where he was asking me if I was interested in directing — he said, "In the Isuma style, everything is collective — everything from the scriptwriter, to the cast, to everyone who's involved. Everyone has a voice and is a part of the process." I loved that. I have always felt like more minds make something better, but when he was saying that, I was like, “Jesus. What the hell does that look like on-set?" He said it looks like chaos. (Laughs)

I got scared and excited at the exact same time. I feel like that is what my whole process has been: scared and excited. Sometimes you're like, "Holy shit, are we really okay? Okay, I guess we're doing it this way." Or, "Okay, we're doing this community film, they're all first-time actors, and they all don't speak the language. Are you fucking kidding me? Okay, go!"

I was so excited about the collective work and enamored with this idea of the art of unobtrusiveness. 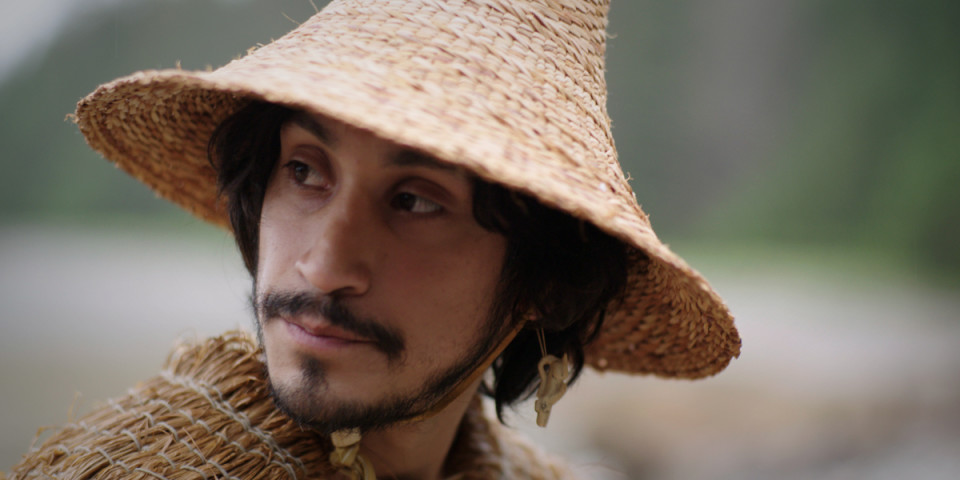 Tyler York in Edge of the Knife

You weren’t just undertaking the challenge of creating a first feature, but you were also doing that while people were trying to learn a language that isn't spoken very much anymore. Did any of them speak the language? Any of the actors?

There were about six that are okay in the language and four that are fluent.

The language element to the film was a constant surprise. My mother is a linguist, so I grew up around my mother teaching others language. Where I’m from, my mom’s a fluent speaker, but what my mom taught was a lot of reading and writing, so there weren’t many people around us becoming speakers. I’ve done some work in film around language regeneration, but as we were preparing, I knew this was going to be a major challenge, to make these actors confident and for the language to be second nature to them. It needed to be real. My goal was to get to the point where the grandmothers, some of the last speakers and definitely better at speaking, when they watch this movie, they're like, "That's how it sounds."

But how do we do that — because I know, in my language, when I hear people learning to speak, the accent, the tone, how they express, and everything is off, right? I didn’t want that for Edge of the Knife.

The cast went through two weeks of voice and language training, where we used theatre techniques and rehearsed over and over again with fluent speakers — this was after they had had audio recordings of all their lines for months. For these two weeks, we lived in these off-grid cabins, and we really became a family. Even those who didn’t have lines came and lived there for the two weeks, just so we could all be together and support each other. Twelve of the fluent speakers stayed for the two weeks. It was so rewarding to see the language speakers and champions light up and get excited.

It became much more than a film, all of the sudden.

Twelve? That’s half of the total number of speakers that are fluent in the entire world! What is the best piece of advice that you used while on-set, managing all of these moving pieces?

Remember: we're just making a film. It's supposed to be fun, and nobody's life is on the line. So when we find our stress getting so intensified, it's a sign to remind ourselves of those things. Don't believe that you have to run ourselves ragged — that you have to give your soul and your spirit and everything over. You are allowed to have a healthy balance and still do phenomenal things — and you should treat everybody else who works with you that way. 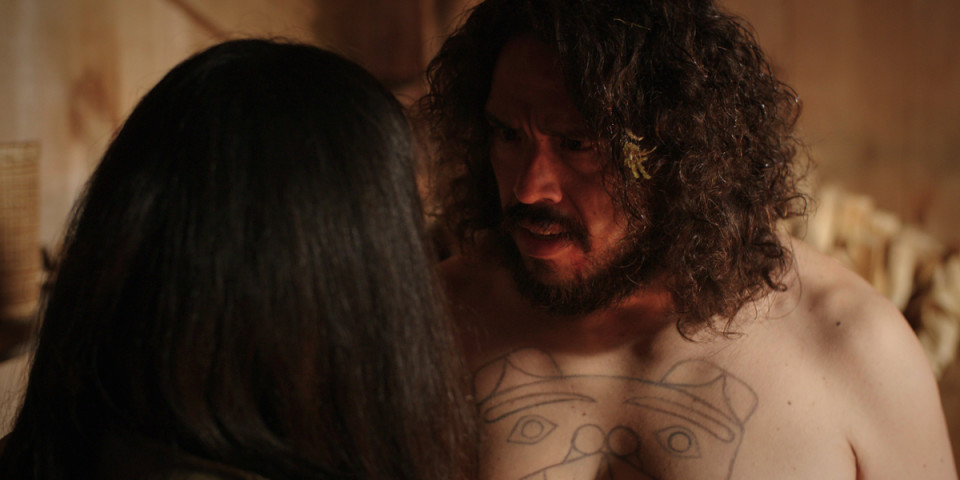 William Russ in Edge of the Knife 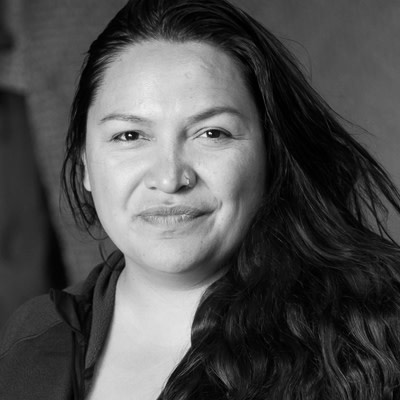 Helen Haig-Brown is from the Yunesit’in community of the Tsilhqot’in Nation. She graduated from the Indigenous Independent Digital Filmmaking program at Capilano University. Her work as director includes the shorts My Big Brother (05) and The Cave (09), and the feature My Legacy (14). Edge of the Knife (18), co-directed with Gwaii Edenshaw, is her latest film.

Support filmmakers like Helen Haig-Brown by donating to Share Her Journey, TIFF’s commitment to increase participation, skills, and opportunities for women behind and in front of the camera.