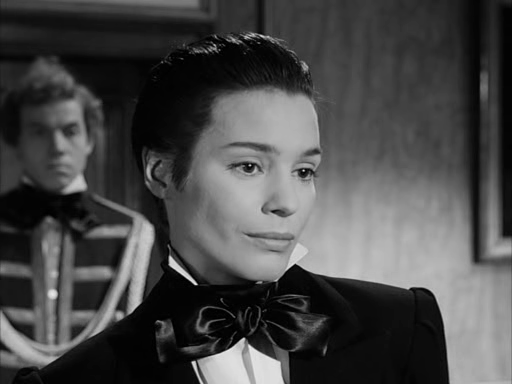 Part of a series of profiles of the great actresses featured in this season’s flagship TIFF Cinematheque programme Bergman 100: The Ingmar Bergman Centenary.

“I was quite tired of being blond and beautiful and running through a meadow hand in hand with a young man. Bergman made me ugly as soon as he clapped eyes on me, so I didn’t need to feel that I was putting on a show.”

As the self-deprecating quote above indicates, Ingrid Thulin (1926–2004) was, like Eva Dahlbeck, an established actress before she became an “official” member of the Ingmar Bergman stock company, having appeared in an assortment of melodramas, comedies, historical dramas and the like throughout the 1950s, and even notching third billing for her English-language performance opposite Robert Mitchum in the 1956 thriller Foreign Intrigue. When she made her first appearance in a Bergman film the following year — playing Marianne, the daughter-in-law who accompanies the aged professor Isak Borg (Victor Sjöström) on his journey in the masterful Wild Strawberries — the transformation from her largely decorative earlier roles was astonishing.

Bergman perceived a rigid (and sometimes frigid) austerity underlying Thulin’s blonde beauty, as well as an androgynous quality that allowed her to float between traditional norms of femininity and masculinity, which served as intriguing counterpoints to what could otherwise have been a rather straightforwardly sympathetic character. Pregnant and estranged from her husband (Gunnar Björnstrand), who shares his father Isak’s coldness, Thulin’s Marianne is portrayed as a smart, educated, and independent young woman, one who is not afraid to raise a child alone or to point out the deep-seated flaws of both father and son. Throughout her car journey with the elder Borg, during which she smilingly and mercilessly confronts the old man with the legacy of his faults, she is clad in a stark, simple black vest and white shirt which suits her role as unofficial inquisitor. 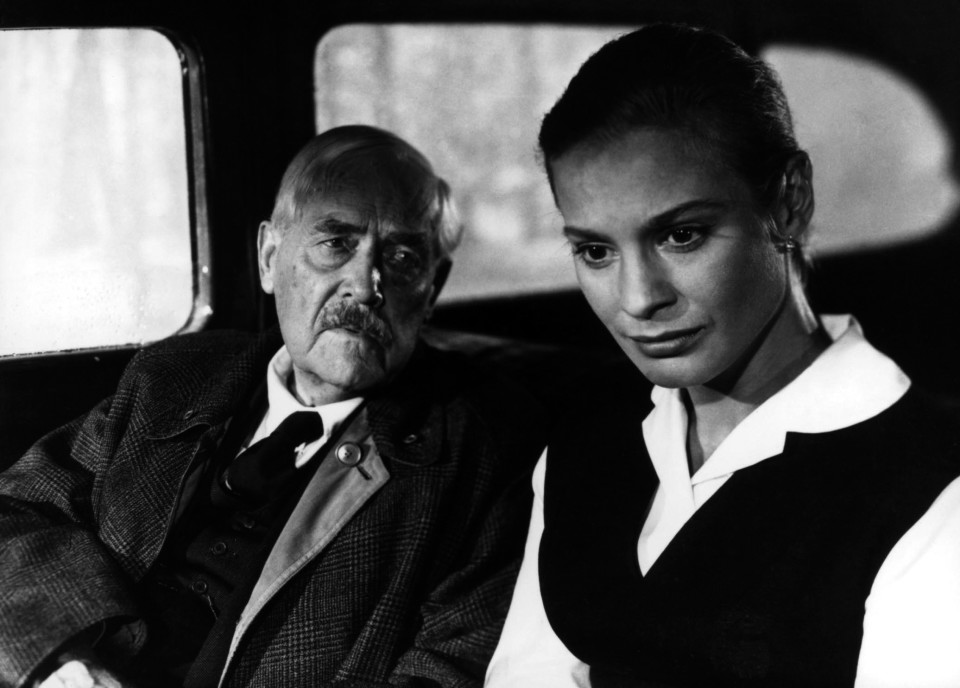 But as the film progresses, Marianne’s sensitivity comes to the fore, as she confesses her abiding love for her husband and becomes the only person who finally relates to and truly communicates with the repentant Isak. At the end of the film, when she comes to Isak’s room to say goodnight, Bergman visually signals her initially concealed warmth by clothing her in a ball gown that highlights her striking beauty. Bergman and Thulin take this fluctuation between “masculine” rigidity and “feminine” delicacy even further in The Magician (1958), in which Thulin is disguised as a man for nearly half the film. Her true identity is finally revealed 50 minutes in, as her long blonde hair spills out over an ethereal white nightdress, which makes her look like a fairy princess compared to the severe, angular figure she had embodied previously. 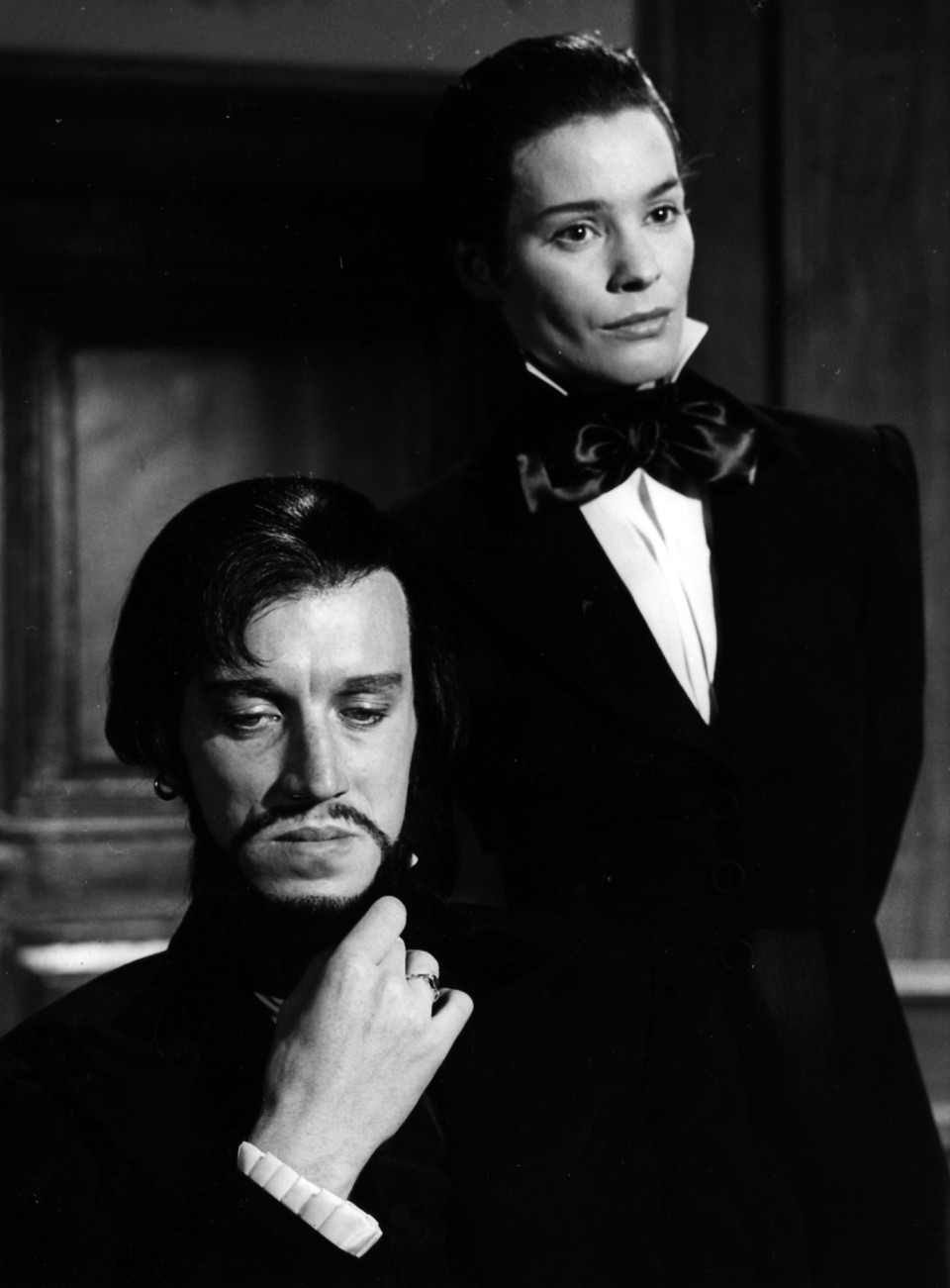 Max von Sydow and Thulin in The Magician

These simultaneously existing qualities of hardness and fluidity not only differentiated Thulin from Dahlbeck’s regal self-assurance or the more open vulnerability and sensuality of such other Bergman favourites as Harriet Andersson, Bibi Andersson, Gunnel Lindblom and Liv Ullmann, but also made her an ideal instrument for Bergman to probe the furthest extremes of his dark universe. “Maybe it’s not only wombs that are forced open here, but the entire person,” Thulin says as Cecilia, one of the expectant mothers in Brink of Life, and that rather brutal biological metaphor is fitting for the way in which Bergman so often laid her characters bare, raw, and wounded on screen. 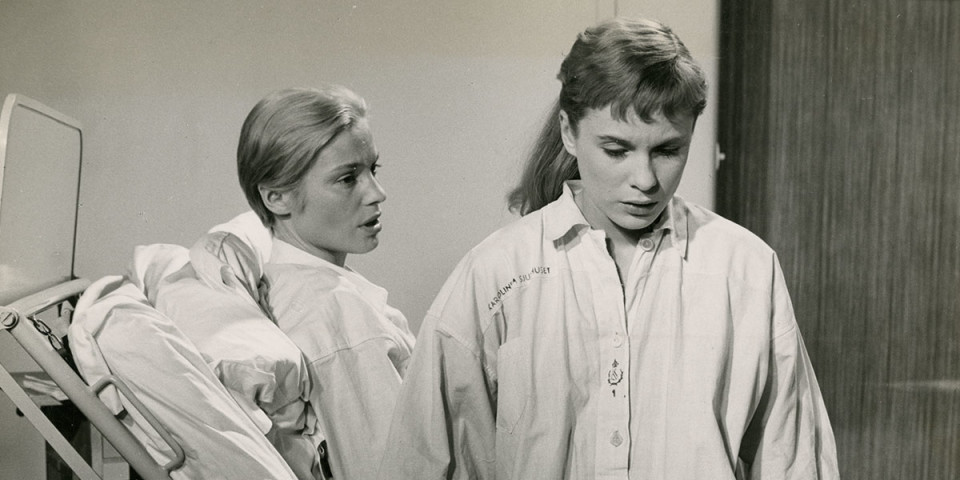 Thulin and Bibi Andersson in Brink of Life

Thulin created some of the most complex, unfathomable, and sometimes controversial female characters in all of Bergman’s work, women who are both physically and psychologically in pain: the lonely, timid, psoriasis-ridden schoolteacher Marta in Winter Light (1962), the passive, ailing translator Ester in The Silence (1963), the monstrous Karin in Cries and Whispers (1972). The dialogue that Thulin is giving in these films is wrenching in its naked confessions of inadequacy, insignificance, and solitary suffering: “God, why have you made me so eternally unsatisfied, so frightened, so bitter?”; “Why must I realize how wretched I am?”; “I have always known that I wouldn’t be good enough, neither as a wife, nor as a mother.”

Dialogue, of course, is only part of a performance, and Thulin brings these and other such potentially maudlin sentiments to life through her wondrously refined technique. Where many great actresses reveal their characters’ emotions through their eyes, Thulin works mostly with her mouth. Her wide, thin-lipped, ambiguous smile appears in all situations, whether she is happy, disappointed, despairing, or furious, and can be read as anything from genuine friendliness to a patronizing smirk to fierce, cold-eyed hatred. That smile is present throughout Marta’s wrenching, straight-to-camera monologue in Winter Light, in which she narrates the contents of her letter to the lover who has rejected her, nakedly revealing her own humiliation and self-loathing.

In The Silence, after Ester’s nymphomaniac sister Anna (Gunnel Lindblom) tells Ester not to spy on her and leaves their hotel room for an assignation, Ester remains outwardly calm, but as her piercing black eyes look offscreen she pulls her lips back and reveals her teeth; it’s as though she had first tried to laugh, and then had to grit her teeth to hold back a scream. 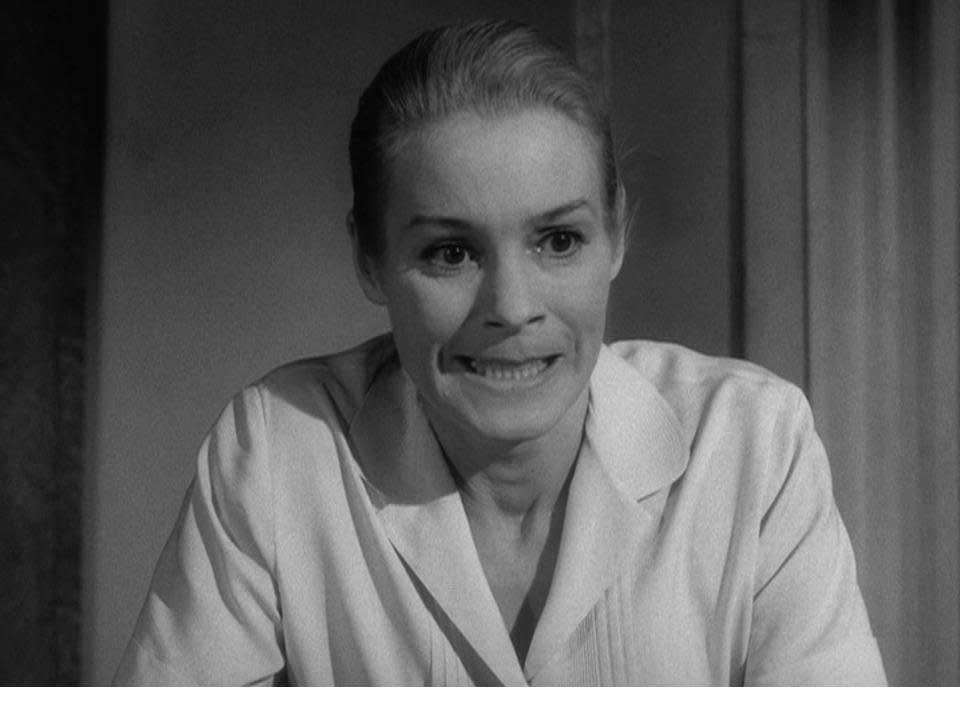 Unlike Marta and Ester, who yearn for love and connection, Thulin’s Karin in Cries and Whispers recoils from human contact, her torment over her husband’s infidelity having transformed her into a veritable embodiment of coldness and cruelty, even withholding love from her dying sister (Harriet Andersson). (As per Bergman’s expressionist tendencies, Karin’s frigidity is signalled by the severe black dress she wears throughout the film, which stands out all the more thanks to the film’s scarlet colour scheme.) Of course, beneath that steely surface roils an ocean of violent emotions, which Thulin reveals in the notorious self-harming scene wherein Karin soliloquizes about her humiliation by her husband, her mouth painfully opening and closing to convey her psychological pain and sexual frustration until she finally smears it with her own blood, transforming her visage into a grotesque clown’s face. 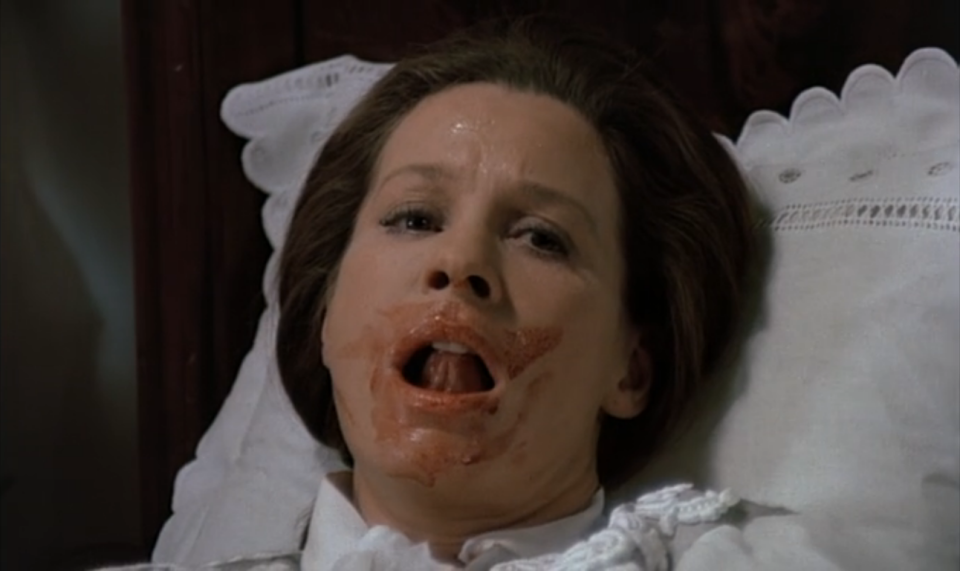 Thulin’s characters, especially Ester and Karin, aroused many feminist debates and criticism of Bergman’s perceived misogyny, his reduction of women to their basest bodily and animal needs. However, one could also argue that given how Bergman transparently used his actors — both male and female — as vehicles for his own darkest thoughts and fears, there is considerably less gender essentialism in his films than some might charge. Furthermore, the fact that Thulin was so willing to push to emotional extremes (to become “ugly,” as she puts it), surely helped inspire Bergman — who was always fascinated by women’s courage in exposing their vulnerabilities in front of the camera — to invent such problematic characters for her to play.

While Thulin’s performances for Bergman are most notable for these extremes, her soft and warm-hearted side should not be neglected. She features in some of the most compassionate scenes in any of Bergman’s films, ones in which a human connection — for Bergman, the only source of hope — is made, if only for a fleeting moment: Marianne and Isak’s intimate conversation at the end of Wild Strawberries, Esther and her young nephew’s shared meal in The Silence, Cecilia’s motherly comforts to Hjördis (Bibi Andersson) despite the loss of her own child in Brink of Life. And finally, and fittingly, the wordless communication between Ester and the old waiter in The Silence, where, separated by language, they attempt to divine the meaning of simple words in each other’s tongue and mutely commune over the music of Bach.

Liv and Ingmar: Face to Face