From the Vault: An unexpected cause célèbre 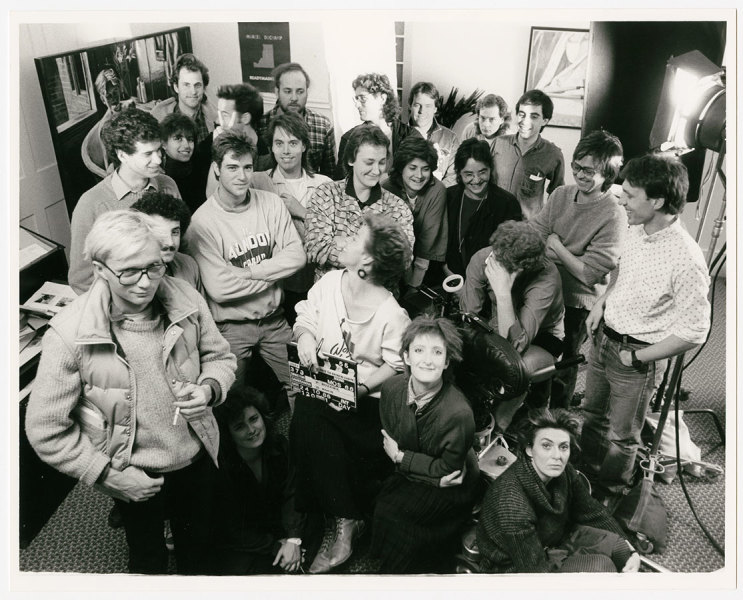 In 1985, Patricia Rozema, a former journalist who'd recently studied filmmaking at Toronto's Ryerson University, was best known for her turn as the third assistant director on David Cronenberg’s The Fly.

In 1987, her feature directorial debut signalled the arrival of a new generation of filmmakers.

Rozema had first gained industry experience working in television before submitting proposals for her own film. She had little success at first, receiving rejection after rejection. But the Kingston native persisted, finally obtaining a small grant to create a short film. Passion: A Letter in 16mm (1985), a 28-minute recount of a failed relationship, went on to win an award at the Chicago Film Festival and was screened at TIFF (then the Festival of Festivals).

With the success of her short, Rozema and her producer Alexandra Raffé reworked a script originally intended to be a one-hour TV movie, expanding it into a feature-length film: I’ve Heard the Mermaids Singing. 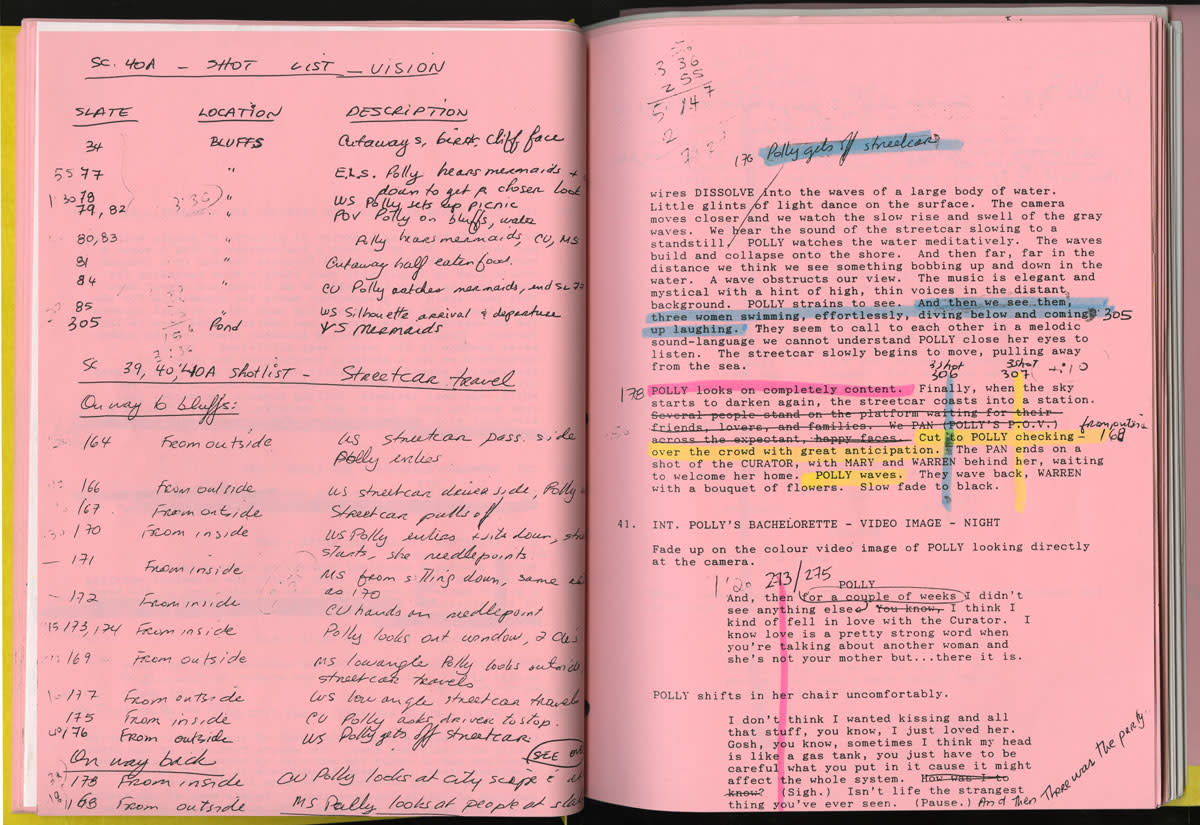 The proposed film was low-budget from top to bottom, had a queer narrative, and was to be helmed by a woman — not exactly catnip for those looking to turn an easy profit. But Rozema and Raffé lucked out in terms of timing, finding collaborators in the newly-born Ontario Film Development Corporation, and the rejuvenated coffers of Telefilm Canada — and, the film was made for only $350,000. 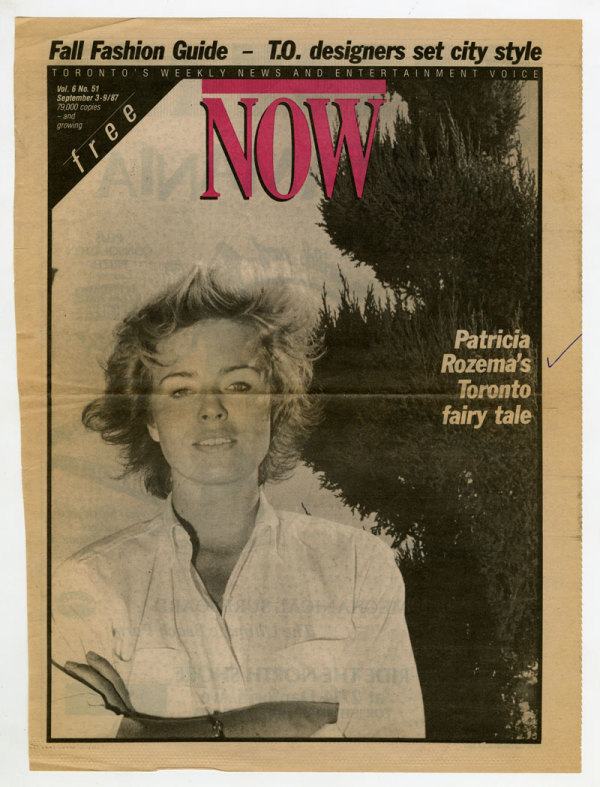 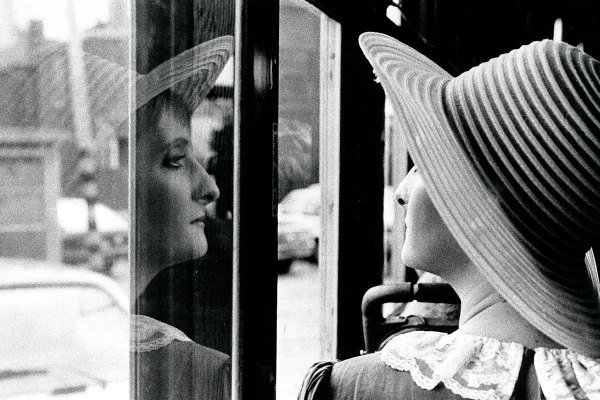 In the film, Polly (Sheila McCarthy), a clumsy temp with no friends but a great deal of imagination, falls in love with a female painter (played by future Governor General's Award–winning author Ann-Marie MacDonald). With its fantasy sequences, freeze frames, and experimentation with form, I’ve Heard the Mermaids Singing compromised nothing of Rozema’s original vision for the film, and the thematic threads that would later define her filmography — feminist consciousness, outsiders, otherworldly visuals, and the struggle for self-expression — are there at first blush.

On a whim, Rozema and Raffé submitted the film to Cannes. 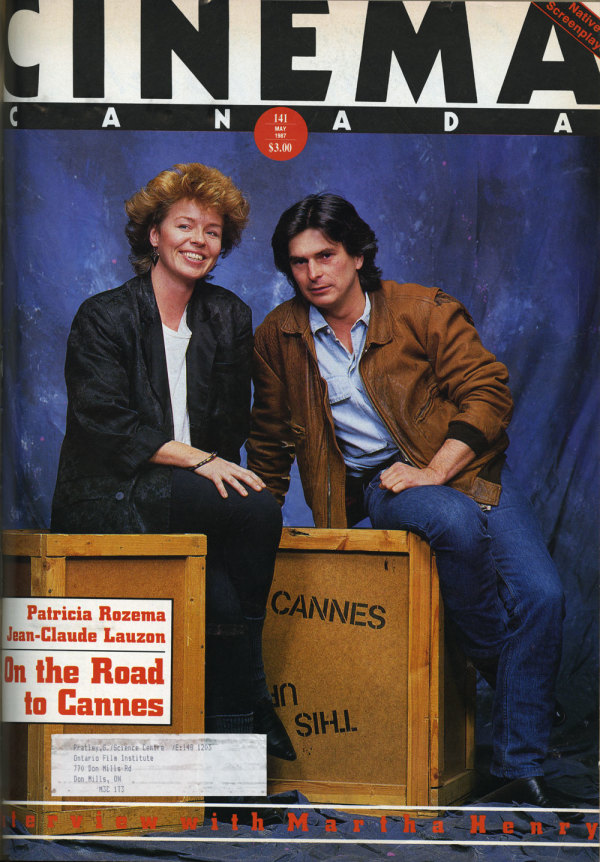 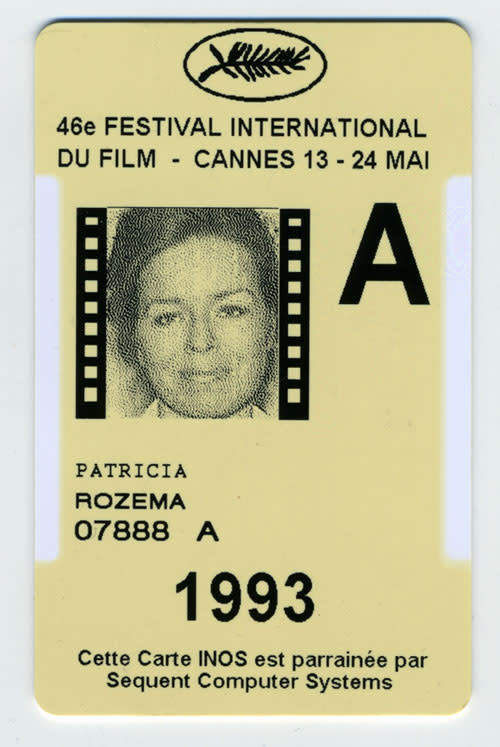 Selected for the prestigious Director’s Fortnight, the film won the Prix de la Jeunesse and received a six-minute standing ovation at its premiere. Out of nowhere, *I’ve Heard the Mermaids Singing* became one of the most memorable debuts in the history of Canadian cinema — and on French soil, no less.

PULL QUOTE: BRUCE MCDONALD IN CINEMA CANADA, MAY 1987 "This creeping jealousy is like a white biting dog, embarrassing me, by turning my face into little silent snarls... My biting dog tells me to strike out and nip this talent in the bud before it's too late: "It's okay," he tells me, "it's the Canadian way. Don't be afraid. Squash her like an ant. You hate her. Save yourself. Soon, Patricia Rozema will be off to Cannes basking in the glory of the international press and who know what will happen after that. Studio deals, Bloody Marys with Jean-Luc Godard by the poolside, distribution in Japan, there's no end in sight!"

The film’s critical and commercial success — a rarity at the time for an anglophone-Canadian film — helped lead to a shift in funding priorities, where low-budget endeavours began to have a fighting chance for government cash against blockbuster hopefuls. The pot was sweetened with tax shelters, relaxed censorship laws, and Norman Jewison opening up the Canadian Film Centre. 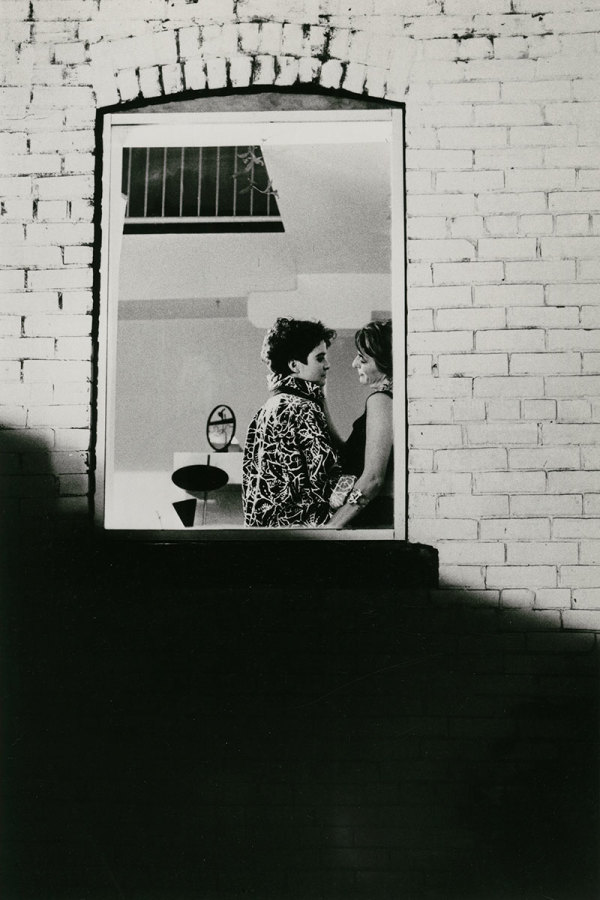 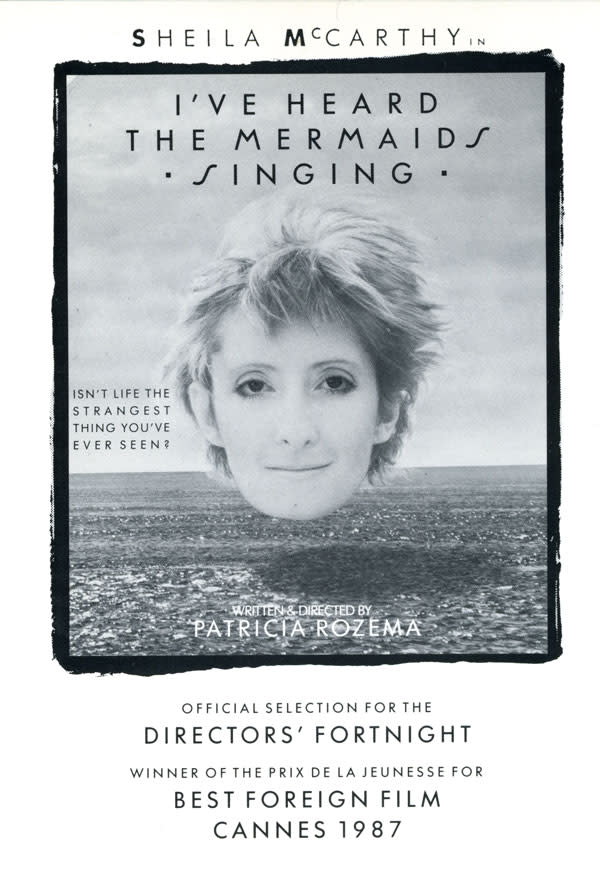 Together, this allowed for auteur-driven filmmaking to flourish in English-speaking Canada during the late 1980s and early 1990s, ushering in the Toronto New Wave and the careers of Rozema, Atom Egoyan, Don McKellar, Peter Mettler, Clement Virgo, and Bruce McDonald, amongst others. 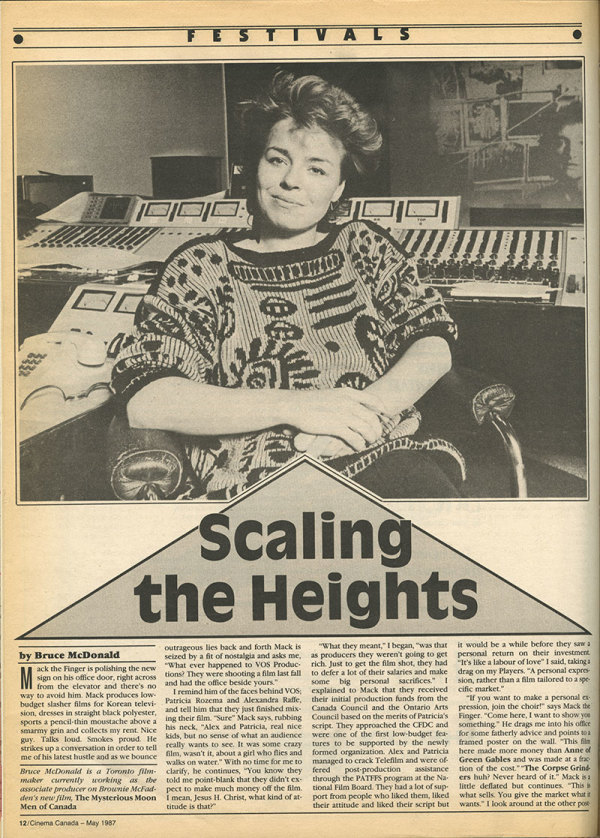 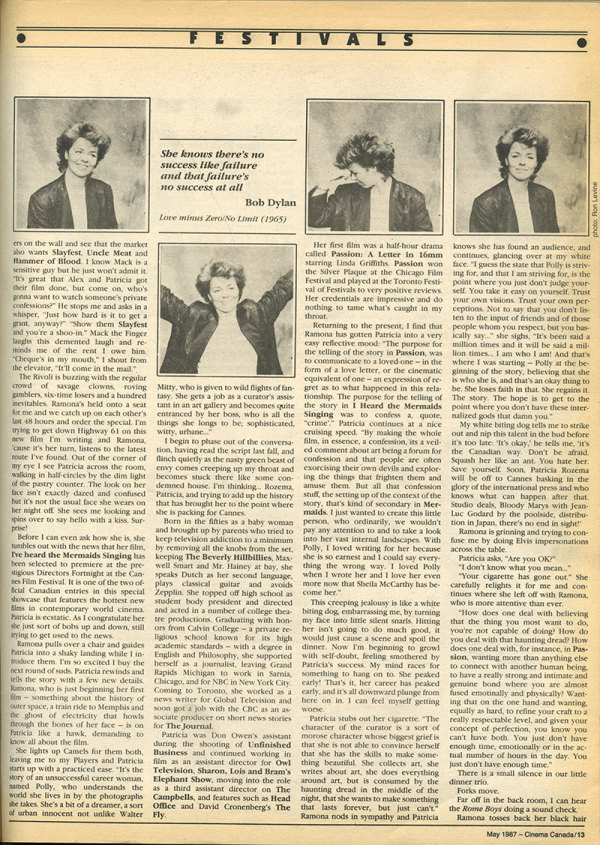 Twenty years old and with no previous director credits to his name, Quebec’s Xavier Dolan grabbed his passport and headed to Cannes in 2009. Much like Rozema before him, he brought his debut feature. J’ai tué ma mère was independent, queer, experimental with form, and, after premiering in the Director’s Fortnight, it launched the first-time filmmaker into international acclaim. 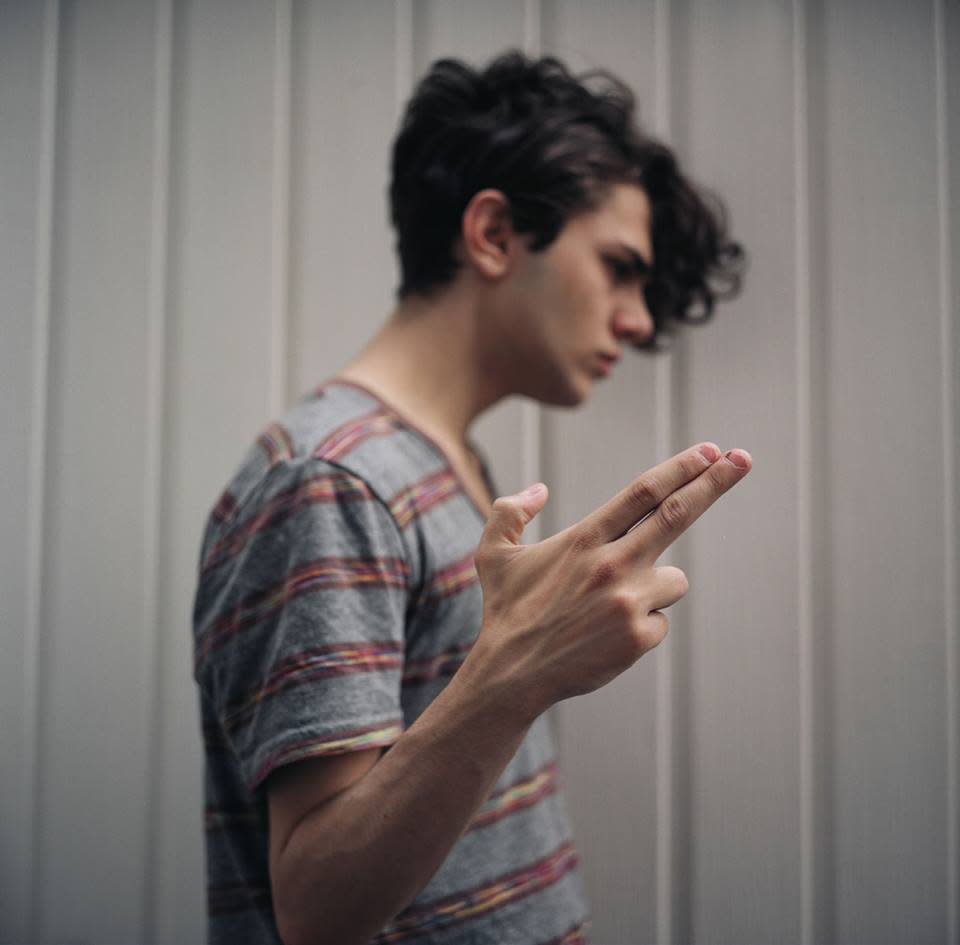