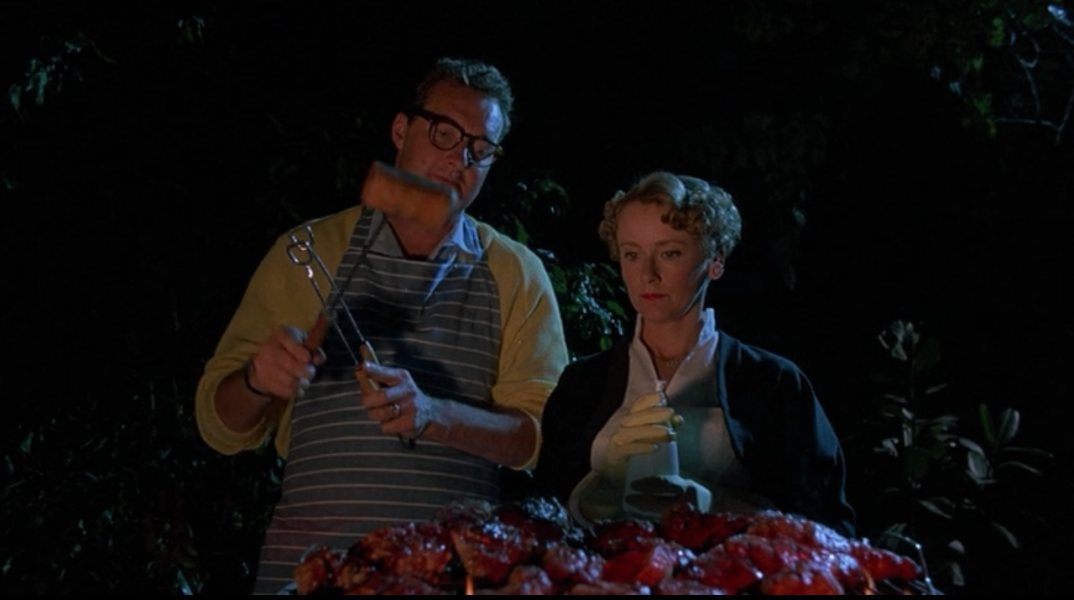 Crying at the Movies: Kingston

*This is the second in a series of personal essays that explores emotional reactions to watching movies, across the world. If you have a story to tell, email clevack@tiff.net. *

The funny thing about dead people is the way your memories with them take on a glittering amber hue of Great Importance in later years, no matter how dull or unremarkable they actually were at the time. The night before I graduated university in July 2005 was that sort of situation: my mom and I sitting in a sweltering subletted apartment just off of Queen Street in Kingston, Ontario, takeout from El Asador and a single fan lazily rotating and blowing warmish air into our hot faces. That night we didn’t really talk about the future, or what I learned from university, or how she felt about me leaving university and ostensibly becoming a real adult person. Instead, we mostly just sat and sweated and watched movies and cuddled up. That night, I picked the 1989 movie Parents. It was a quiet night that I remember deeply now for a few reasons – because the movie Parents is so audaciously weird that it’s impossible to forget, because it was so hot, because it felt like I was on the precipice of something and nothing at the same time. And also, it’s because my mom died five years later from complications due to breast cancer, and one of my clearest memories of her remains sitting and smiling on a futon, eating a veggie taco, watching a weird little movie about suburban cannibals starring Randy Quaid.

Following Douglas Coupland’s credo that all families are psychotic, I don’t actually believe that any moms are totally normal. Most moms I know have at least one secret and sometimes several that exist somewhere on the continuum between cute, charmingly odd and outright shocking. This being said, on the surface my mom was very much a normal one. She made lunches and volunteered at our school library where she told kids about how she cried every time she read Anne of Green Gables. She sang in the church choir. She taped the Young and the Restless every day so she could watch it later when everyone was in bed. One glass of wine made her giggly, two made her sick. She dealt constantly with my two brothers and dad – three large loud men who took up all the space in our household and often all the air in the room. She knew when to be tough, but she also relented with gentleness. Through most of adolescence I was an awkward loser constantly seeking her affirmation and guidance, which she gave freely. She was my good pal. I was very lucky. 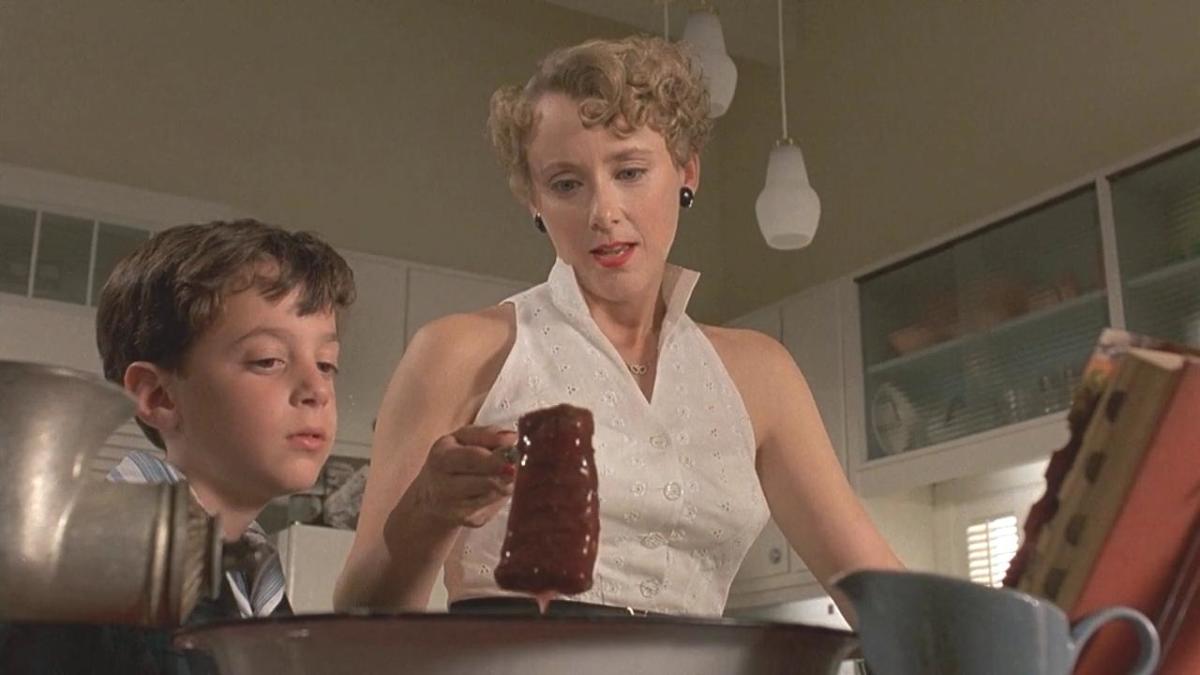 She was also a horror movie freak – a lover of haunted families, manifestations of Satanic tomfoolery and all sorts of foul and murderous onscreen activity. Through Mom’s enthusiastic exhortations, I learned about the holy trinity of classic ‘70s to early ‘80s horror: The Exorcist, The Shining and The Omen. (“Great decapitation scene,” she advised on the latter.) It sparked a life-long obsession that I began sharing with my friends, but my love of pure, visceral fear always felt intrinsically tied to her.

Growing up, I noticed the clues to her true ghoulish self. One afternoon when I was 11 or 12, we were flipping through TV channels. “Oh! Burnt Offerings!” she crowed. This deeply weird ‘70s relic (starring Karen Black, Bette Davis and a blustering, most definitely drunk Oliver Reed) centres around a wholesome family escaping the city for a summer in a decaying country mansion. The horror slowly mounts in a charming and soft-focus ‘70s way – a pool turns into a bubbling inferno without warning, a mysterious old lady hides unseen in an attic room. This all leads to an awful mid-movie revelation: Reed’s character Ben Rolf hallucinates a hearse driver who haunted him as a child at his mother’s funeral. The driver reappears one more time to terrify a dying Davis to a soundtrack of screeching violins, his face split by a gleeful rictus. The sight of him sent me fleeing to the corner of the couch, hiding my face under the afghan. Instead, my mom moved closer to the TV, her eyes bright, awed and riveted.

I think part of my fear was rooted in the trauma of Ben’s grief: the grinning driver was a fragment from an awful day coloured by loss and confusion. At that time, losing my mom felt like the most unimaginable horror in the world – it felt like the worst thing that could ever happen to you, something that I only thought about late at night to make myself cry in that perverse way that kids do. The idea of someone watching you – grinning at you – during a day of intense mourning seemed too awful to bear. But based on my mom’s horror predilections, I think she found an escapist joy in prodding that bruise.

The sweaty night we watched Parents on my graduation day heralded a great surprise: it was a film that blindsided us with its weirdness, unexpected audacity and bizarre incongruity. Parents is the directorial debut of Bob Balaban, a comic actor best known as an ensemble player in a number of Christopher Guest films. Perhaps that’s why it was marketed (mistakenly) as a black comedy: the film’s trailer is all hacky voiceover, trombone slides and lines inserted with an extra beat for laughter.

The film also stars Randy Quaid, who I knew as the amazingly trashy Cousin Eddie from National Lampoon’s Vacation films. Parents, however, is not funny – it is pitch-black and deliciously diseased. Quaid plays Nick Laemie, the patriarch of a family getting settled in a new town in the height of 1950s American suburbia. With him is his picture-perfect wife Lily (Mary Beth Hurt) and their young son Michael (Brian Madorsky). Michael is a troubled boy – a fact clearly established in the film’s opening shot; a slow pan on a black and white photo of the boy, eyes vacant, face slack, looking decidedly haunted, like a missing child on a milk carton.

As the Laemies settle down for their first meal in their beautifully decorated split-level bungalow, we learn that Michael’s not much of an eater. Ignoring the glistening tray of meat set on the table by his mother, he’s also plagued by nightmares. To help, Nick kneels down next to his son for a pre-bedtime pep talk. “There’s one dark place we have to be very careful in,” he says, wordlessly tapping his temple, a giggle bubbling from his lips.

The rest of the movie is shot largely from Michael’s POV, and it’s an ingenious move, perfectly replicating how to a little kid, the world frequently appears fake, exaggerated and monstrous. Michael’s situation is aggravated by the fact that he virulently distrusts his parents and their perky attempts to ingratiate themselves into the community, sensing that something in their lives is fundamentally wrong. Early on, he has a run-in with his parents that psychically taints him (and the viewer) for the duration of the movie. He catches them entwined on the living room floor in their underwear, covered in sweat, their mouths smeared with red lipstick (or is it blood?). We’re left wondering if this experience has left Michael profoundly disturbed, or if his parents are indeed the remorseless cannibalistic murderers that he suspects them of being all along.

Plot aside, Parents is a relentlessly odd film that thrives on jarring contrasts. The set design and costumes are incredible: the teal Oldsmobile and Lily’s swishing taffeta dresses and demure strings of pearls. But seen through Michael’s eyes, the edges of the frame always feel like they’re shaded with darkness. The soundtrack alternates between a jaunty bossanova score (with contributions by David Lynch acolyte Angelo Badalamenti) and ominous, howling soundscapes. The performances are very good: Hurt is all lipsticked smiles, teeth and feigned maternal polish, while Madorsky is anemic and morose – a haunted Eeyore of a child. And I can’t believe I’m typing this sentence, but Randy Quaid is a total revelation – a buttoned-up, tightly-smiling, terrifying vision of a bad dad, one whose rage and unbridled desires lie seething, barely below the surface.

By the film’s denouement, the true nature of Michael’s parents is abundantly clear, as are their feelings towards him. (“You don’t look like me or talk like me – you’re an outsider!” Quaid bellows.) I was ultimately left with the feeling that there was more to this film than the simple parable that parents just don’t understand. There’s a lot of levels to Parents, but I do love the idea that Michael is just a kid trying to figure out that eternal unknowable about adult life. Can anyone truly know their family? And can they know you, especially if you’re a weirdo yourself? 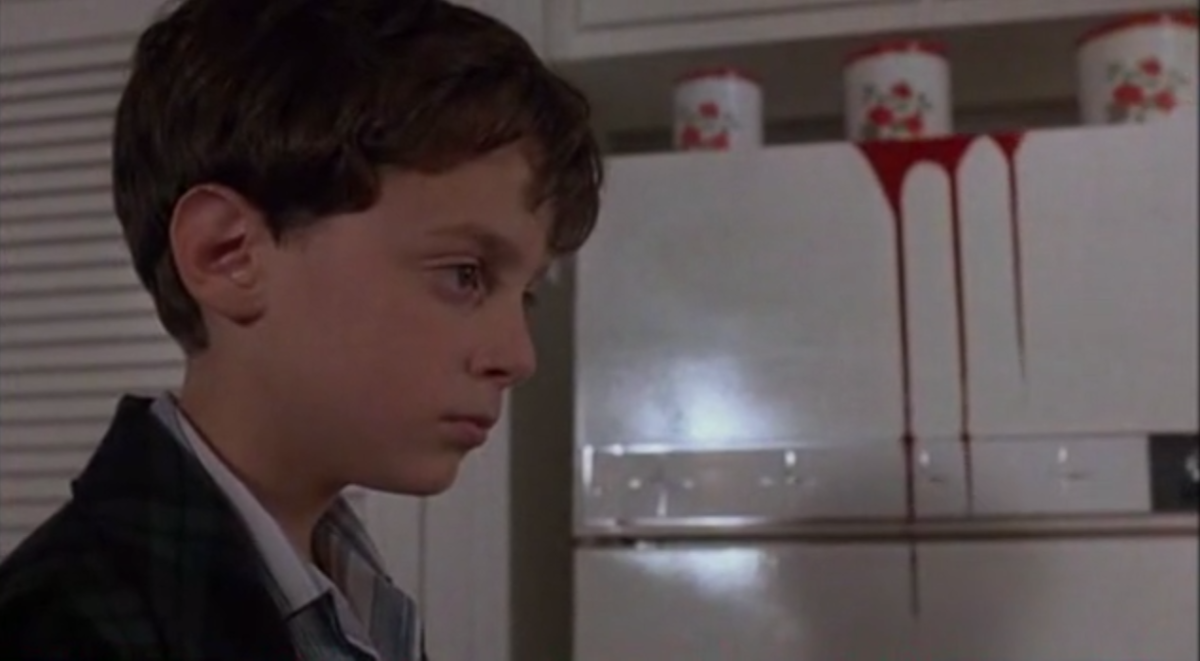 When my mom died suddenly in December 2011, I drowned for about six months afterwards, floundering in a tangle of feelings and existential dread. I refused to talk to anyone about it. A thought that particularly stung was the revelation that there was so much that I didn’t know about my mom – the long, crazy patchwork of her life before I existed – and what she thought and felt about the world. This is the ghost that forever haunts people when they grieve their loved ones: this idea that we’ll forever have unfinished business with them. I knew she believed in God. I knew that she loved dogs. I knew that by the end of her life that she was sick of being sick and was ready to die. I felt like a solipsistic idiot that had spent my entire life babbling to her about my emotions and ideas and never let her tell me anything about herself. I caved in on myself and hid in my basement apartment, in the dark, in my head. I turned into a Michael, my dreams full of mistrust and fear.

By the finale, when Michael murders his dad, I was sobbing. I wasn’t remembering any whispered nuggets of wisdom from the night I watched that movie with my mom. I was remembering sitting beside her, feeling her every twitch and exhales of laughter afterwards, feeling the warmth of her strong, living human body. It was knowing the ecstasy and delight of her true weird self for two precious hours: that between every jump and every scare, her hand was holding mine.