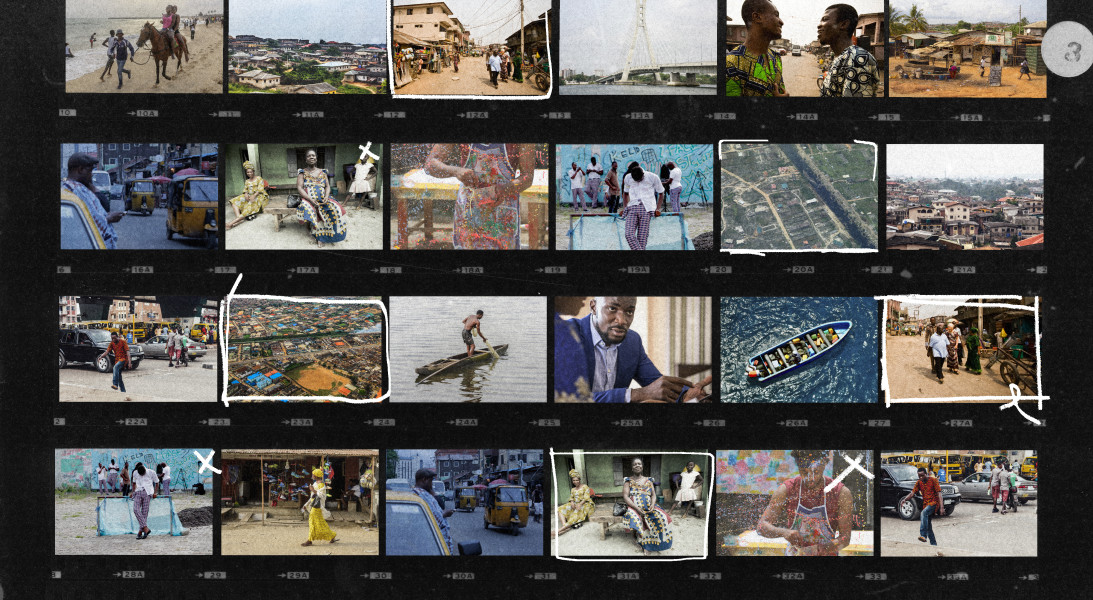 This year at TIFF '16, Lagos, Nigeria has been put into the spotlight as part of the Festival’s “City To City” programme. Celebrating Nigerian filmmakers and the burgeoning industry known as “Nollywood,” this showcase is the first time a major film festival has placed a concentrated focus on this immense wave of new and exciting cinema.

Cameron Bailey, Artistic Director for the Toronto International Film Festival, has a vested interest in putting Nigeria on the map. He visited Lagos this summer, touring studios, sets and editing suites. Here, Cameron Bailey explains why the industry based in Lagos is at a pivotal moment and why it’s important to support their work.

Why did you shine a light on Lagos this year?

Cameron Bailey: The film industry in Nigeria is the biggest film industry in the world that very few people outside of that world know about. These films have been enormously popular, it's now a three billion dollar business around the world in a city of 21 million people. And it fans out, not just in Nigeria, but these films are enormously popular all around Africa. They're popular throughout the African diaspora. If you go to the Caribbean and you see what's on someone's DVD shelf, you'll almost always find a Nollywood film. You go to London, you go to Brooklyn and parts of Toronto where people are following African cinema, Nollywood is there.

We showed a film called Half of a Yellow Sun a few years ago. We've shown the work of Tunde Kelani from Nigeria a few years ago, but the vast majority of Nigerian films just don't play at big film festivals. We are an international film festival and we're trying to reflect everything that goes on in cinema. We want to reflect the true diversity of expression in films around the world. And I don't think we've heard quite enough from filmmakers in Lagos.

I think now's the time because the craft has increased in quality, the ambition of the filmmakers is greater than it used to be and they want to reach out to the world. In the next few years, you're going to see a lot of key Nigerian actors, writers and directors begin to make films internationally, as well. You're going to see the major talent agencies signing these actors, writers and directors. And you will see Nigerian cinema internationalize in the way that cinema from China, for instance, has over the last several years. So now is the moment to do it. Before the wave starts.

Why is it important for donors to support these filmmakers and TIFF?

There’s an incredible group of filmmakers in a place that's far away, who are as talented as the filmmakers in Toronto, or New York, or LA, or Paris, or Hong Kong, but they don't have the same opportunities. Their work isn't being picked up by international sales agents - yet. It's not being written about in Variety - yet. But it will be because it's just as good. This is an opportunity to connect with those filmmakers and to help support them, so they can obtain the biggest international platform that they fully deserve.

What were some of the most compelling moments from your recent trip to Lagos?

I got to meet a lot of filmmakers, there was a lot of excitement around the idea of bringing a large showcase of Nigerian cinema to Toronto. There has never been a large, major international film festival that has turned a spotlight on Nigerian cinema. So to go out and have lunch with filmmakers, to be taken out for drinks, to go and visit their sets and to go and visit the places where they're doing post-production, all of that was an opportunity to tap into that excitement.

When I was in Lagos, I met with all kinds of people. I met with people who were very much into arthouse cinema and who are downloading the films that win awards at festivals, all over the world. And I also met with people who were very much business people. A lot of people who are filmmakers in Lagos have business degrees. They didn't come to film through art school or through film school, they came to film because they saw it as an entrepreneurial endeavor. They want to make money, they want to reach audiences, they want to make something that's popular. And for me, what was most interesting was to see the beginnings of those bridges being built. Arthouse filmmakers are trying to get into the more commercial sphere. The people who are doing purely commercial work, and who have made very good livings making very popular movies in Nigeria, are suddenly seeking critical acclaim. The same thing happened in Hollywood, it's happened in Hong Kong and Mumbai where you see the combination of the commerce and the art of movies come together.

Is there a Nigerian film that made a profound impression on you? How did it offer a different vision of African cinema?

About 10 years ago at TIFF, I showed a Tunde Kelani film called Abeni. And what I loved about that experience was that I had met Tunde Kalani in Lagos. Often, the most fascinating thing about presenting films at the Toronto Film Festival is that you get to see the context around the filmmaker's production. He was working in very modest circumstances in Nigeria, but he had this very strong crew and cast of actors that he works with. It's almost like a kind of company that he works with. They go out, they make movies. And to be able to see his environment in Lagos, and then bring his film to Toronto was a real pleasure. 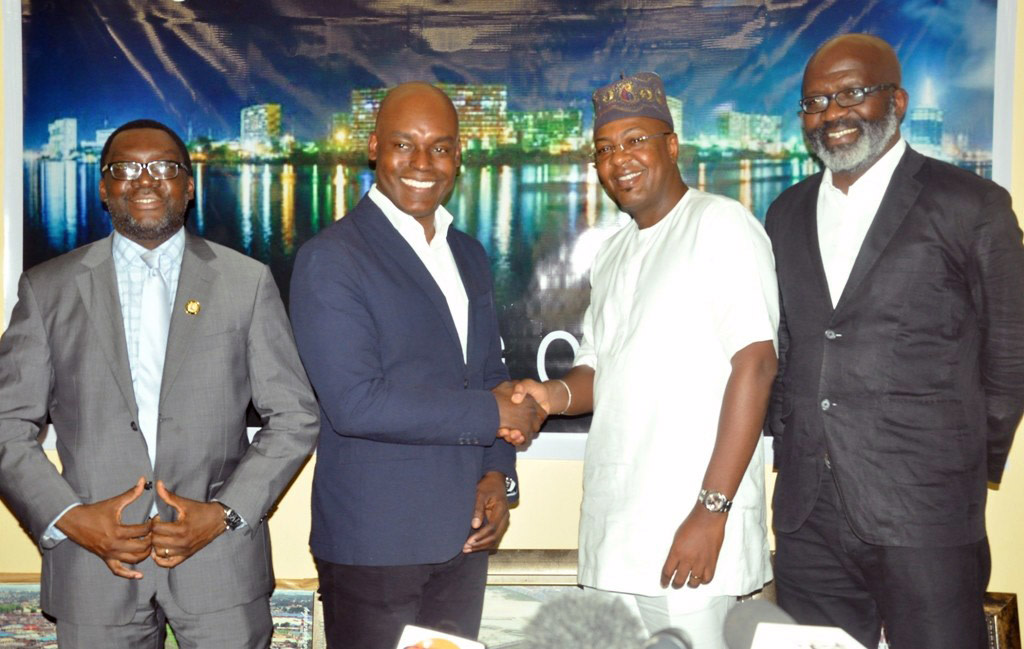 What surprised you about your recent trip to Lagos?

What surprised me was how it was different it was from the last time I went, which was almost 10 years ago. The film industry there is booming.They're working with high-end digital cameras, they've got very professional crews. It looks a lot more like what you would see in Los Angeles, or London, or Tokyo than it did when I was last there. The industry has professionalized and they're still telling stories that are very much grounded in what's going on in Nigeria, but I think they are using the tools and the approach to filmmaking that you see all over the world.

__What does the programming at TIFF 16 say about African culture and identity this year? __

I don't think there's one answer... If there is a diasporic context for the Lagos spotlight and for what we're seeing from filmmakers like Nate Parker, Nick Cannon, Julie Dash, from Ava DuVernay and many others, I think it's coming from a thirst and an impatience. A need to see our own images and stories on-screen and characters that not only look like us, but talk like us, who have stories that resonate with us. You're not always having to make that transference when you watch movies - if you're Black.

The world feels like it's getting smaller and the African world feels like it's getting smaller. I was with Ava DuVernay in India and although she’s an American filmmaker, she's very much not just about the United States of America. Nate Parker, in making a film about a slave revolt, is very much drawing on the continental African roots of the characters that he's written. And that's very present in the film. Julie Dash did that 20 years ago with Daughters of the Dust. So there is a sense of what's been called a “Black Atlantic” that I think filmmakers are aware of.

The filmmakers who live and work in Lagos are out of Lagos as often as they're in it. They're in Europe, they're in New York, they have family in Brooklyn, they have businesses in Paris. They're travelling a lot, they're connected to the world, so it makes sense that their stories would be diasporic in a way as well. More and more you'll see the African filmmakers plugging into the rest of the world. And you'll see North American filmmakers of African descent, plugging more into the continent.