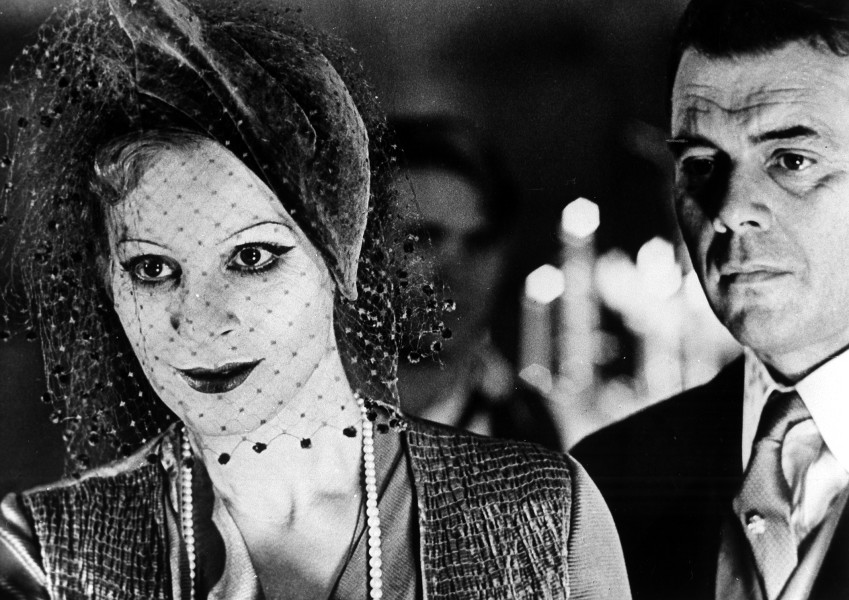 “When Fassbinder died, the elders pretty well did, too[:] Rossellini, Hitchcock....” Jean-Luc Godard

The movie love of some directors is so fervent and singular that one could dedicate a whole season (or year) of programming to their preferences, as our two programmes of “Godard’s Hollywood Favourites” in 2014 demonstrated. Rainer Werner Fassbinder, too, had a keen and generous passion for other directors’ films. (Given his prolificacy, one wonders when he had any time to watch films, especially since he lived before the advent of DVD and even the ubiquity of VHS. He reportedly died while watching 20,000 Years in Sing Sing on television.) Though the two directors’ tastes often overlapped or intersected (much of this series could also end up in a Godard Carte Blanche), Fassbinder’s cinephilia was unlike Godard’s in that, for him, movies never displaced (or became) morality.

Acute, if occasionally perverse, Fassbinder’s taste naturally ran to extremes of emotion, style, and vision — not for him the subdued or elegant, the delicate or refined. Whole terrains seemed not to exist on his cinematic map: Japan, for example (whose masters Godard revered), most of Scandinavia (ditto), Latin America; he rarely mentioned silent, experimental, or documentary films among his favourites, and spurned or ignored vast stretches of French cinema. The uncompromising title of Fassbinder’s favourite film, Luchino Visconti’s The Damned, indicates the director’s cinephilic predilections: taken together, Fassbinder’s most beloved films summon a dire vision of the world. (Those that don’t, such as Vasili Shukshin’s Red Elderberry and Ermanno Olmi’s Il Posto, seem more like mild or passing enthusiasms.) Über alles for Fassbinder was Hollywood cinema, particularly paranoid film noirs, baroque westerns, tough-guy (and -gal) crime films, and highly wrought melodramas. The literally explosive endings of both Robert Aldrich’s Kiss Me Deadly and Raoul Walsh’s White Heat (echoed in the big bang that ends The Marriage of Maria Braun, perhaps?) suggest how immoderate were Fassbinder’s predilections. The 1950s was his favourite decade, no doubt because its nuclear anxiety, Cold War paranoia, familial fissures, and social constriction made American cinema prone to the florid and corrosive. Excess and artifice are crucial to Fassbinder’s taste and directorial style, and few films embodied those qualities more thrillingly than the ’50s Hollywood classics included here.

As with any director’s list of favourites and influences (well, maybe not Bresson’s), it is easy to discern thematic patterns and obvious debts in Fassbinder’s work. Like Godard, Fassbinder flaunted his influences through homage and citation — to Melville, Brecht, and Godard in his early crime films, to Bresson and Tarkovsky in The Third Generation, and to many American directors throughout his career. He employed actors he adored who were associated with other directors: Anna Karina, Eddie Constantine, and Macha Méril from Godard’s early films, Jeanne Moreau from countless beloved movies, Werner Schroeter’s muse Magdalena Montezuma, and Lou Castel from Marco Bellocchio’s Fists in the Pocket (recently screened at the Cinematheque in our Restored! series). In his omnivorous way, Fassbinder even paid the grandest homage to his mentors by refashioning their films to make some of his own: Suspicion and Gaslight in Martha, The Blue Angel in Lola, All That Heaven Allows in Ali: Fear Eats the Soul, The Revolt of Mamie Stover in Maria Braun, Sunset Boulevard in Veronika Voss. (He had hoped to remake the 1947 Joan Crawford melodrama Possessed with the latter’s Rosel Zech.)

Often, the influence is more apparent than paraded, a matter of mere affinity. Fassbinder’s recurring theme of entrapment, especially of women, is readily noticeable in many of the films here (especially Sirk’s), while the murderous psychosis of Robert Mitchum’s predatory preacher in The Night of the Hunter, and the mass insanity of fascism in Salò and The Damned, morph into both personal and political madness in such Fassbinders as Fear of Fear, Lili Marleen, and Berlin Alexanderplatz. The small-town corruption in Orson Welles’ Touch of Evil and Michael Curtiz’s Flamingo Road informs Fassbinder’s Lola, and the “female buddy” bonding — and (mostly) its opposite — in such films as Mamie Stover, All About Eve, and Johnny Guitar certainly shaped Fassbinder’s own woman-centred cinema. The invocation of the House of Atreus myth in The Damned and Written on the Wind might have been too grandiose a trope for Fassbinder, but his bitter chronicles of familial disintegration, such as The Merchant of Four Seasons, reflect his perception that “in Written on the Wind, the good, the ‘normal,’ the ‘beautiful’ are always utterly revolting; the evil, the weak, the dissolute arouse one’s compassion.” And the scrims and screens, mirrors and windows, counterfeit colours and contrived lighting with which Fassbinder filled his frames to suffocate his sufferers are clearly derived from Sternberg and Sirk.

Unsurprisingly, Fassbinder tilted towards films that critique or indict — whether directly or by subterfuge — such conventions as marriage, the family, tradition, romantic love, and professional success. Of Howard Hawks’ films, for instance, he admired most what he called “the gay stories” (though he proffered no titles, our guesses would be Bringing Up Baby and Gentlemen Prefer Blondes), and though he found Hitchcock’s work politically reactionary, he loved Psycho, The Birds, and Suspicion (all recently screened at the Cinematheque), no doubt for their nasty sense of the instability of the bourgeois universe. Bresson’s Le Diable probablement, which Fassbinder ferociously championed against its many detractors, offers one of the most drastic visions in all cinema, proceeding in an almost syllogistic way to illustrate that the world is hopelessly corrupt and ruined, and that the various solutions offered by society — traditional religion and the “new” post-Vatican II Church, political and ecological activism, psychoanalysis, art — are variously fraudulent, misguided, or impotent. Bresson, Sirk, Laughton, Ray, Ophüls, Pasolini — each in his way criticized or assailed the forces that Fassbinder felt trapped people in a false existence, an “imitation of life.”

See the films in the programme

Imitations of Life: The Films of Rainer Werner Fassbinder