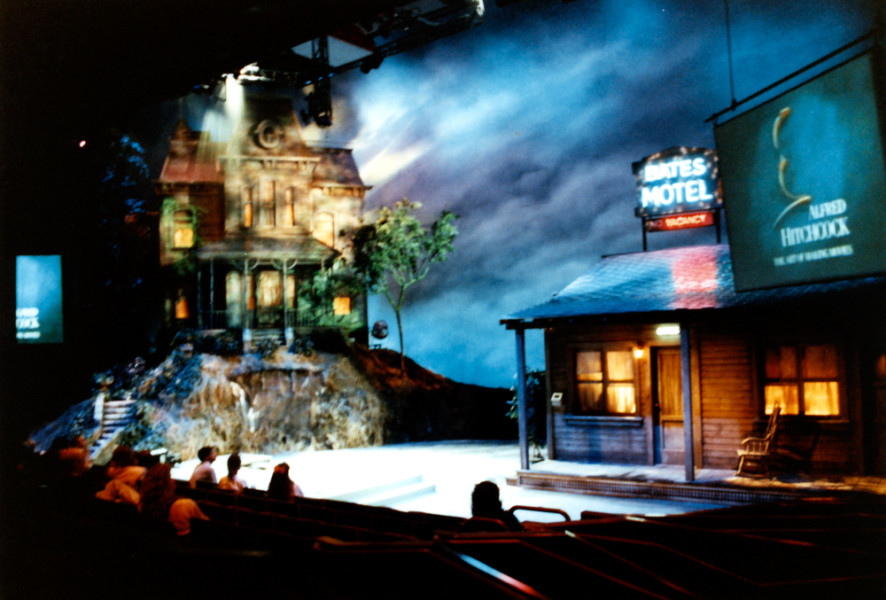 Alfred Hitchcock Scared The Crap Out Of Me

I had never heard of Alfred Hitchcock before visiting Universal Studios in Orlando. The year was 1997, I was eight years old, and in an early attempt to contrive some sort of identity for myself, I had recently decided that I was “a movie expert.” For any Kid Kritic™ in training, the Universal Studios theme park — boasting rides and attractions based on such canonical works as Jaws, Back to the Future, E.T., King Kong and Terminator 2 — was Shangri-La. Sure, I hadn’t actually seen most of these movies (T2 was rated R, after all), but any bozo on the schoolyard could watch Jaws; at Universal, a true Movie Expert™ could actually live it.

One of the attractions I visited that day was "Alfred Hitchcock: The Art of Making Movies." Hitchcock, my parents said, made scary old movies in black-and-white. The attraction even had a parental guidance warning. However, I had already seen a couple of the Universal horror movies and a few of the Godzillas, and patiently explained to my parents that old movies were not scary. 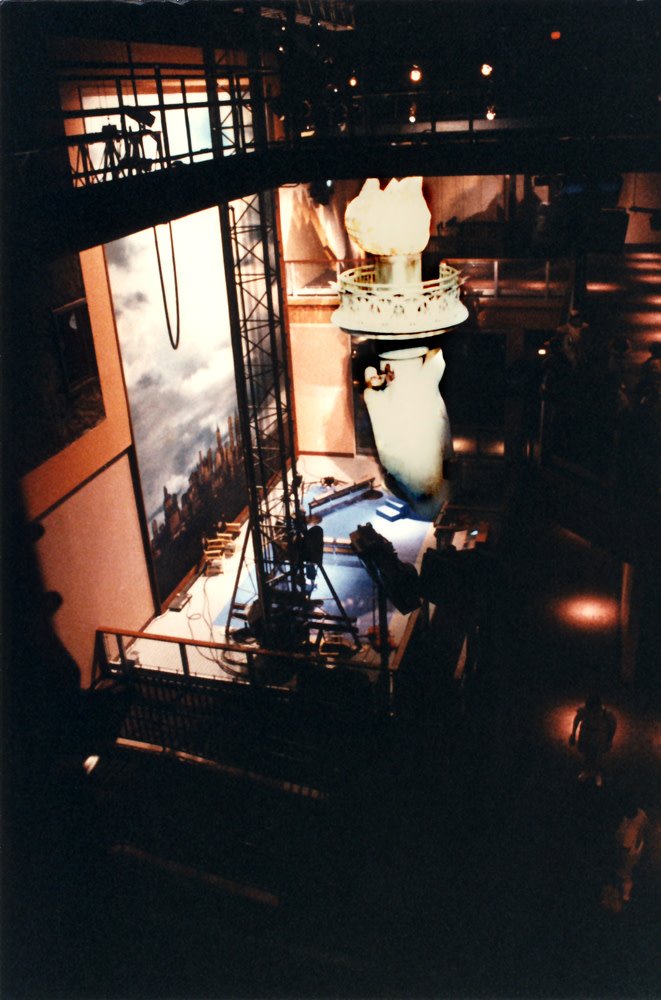 Was I right? In his vaunted interview with François Truffaut, Hitchcock famously differentiated between “surprise” and “suspense.” If a bomb explodes suddenly, he explained, the audience experiences a potent but brief surprise. If the audience sees the bomb being planted, they become emotionally invested in the scene, extending the agony. "Alfred Hitchcock: The Art of Making Movies" was all about the explosion.

The images came fast and furious in the opening clips montage. A bird landing on Tippi Hedren’s head. Kim Novak falling from a bell tower. Norman Lloyd dropping off the Statue of Liberty. Grace Kelly being brutally strangled. Vera Miles screaming at Mrs. Bates. A bloody corpse, pecked to death by birds. A newly filmed 3D bird attack, so intensely scary that I had to take off the glasses. And of course, the shower scene. Actually, I didn’t see that last one — I was cowering in my seat, so my Mom told me that I might as well close my eyes.

These traumatic memories all came flooding back to me when I spoke to Susan Lustig, producer of the Universal Hitchcock exhibit and other attractions from the early days of Universal Studios. “I took Janet Leigh and Hitchcock’s daughter through, and they were cowering!” she boasted. Chuck Workman, who for years created the clip reels for the Oscar broadcasts, edited this montage, and it bears his touch: “My big thing with him was, there’s so much great dialogue in Hitchcock films, and he would never include dialogue,” says Lustig.

"Alfred Hitchcock: The Art of Making Movies" was one of Universal Studios’ flagship attractions upon its opening in 1990. Bearing the tagline “Experience the Movies,” its early exhibitions explored the visual effects, sound design and makeup of movies in programs like Earthquake and Murder, She Wrote. In the ‘80s, the Master of Suspense™ had posthumously re-established himself as a commercial force. Long-unseen Hitchcock classics like Vertigo and Rear Window were re-released theatrically, and his anthology series Alfred Hitchcock Presents was revived for four new seasons.

“I think it was just a given that something had to be done with Hitchcock,” said Lustig. “I was somewhat of a Hitchcock fan, but I mean, my background was theatre, so not as much film. I hoped that what interested me in filmmaking not being a film person would also interest our general audience.”

The attraction was split between three rooms. Room one was the lobby, featuring an enormous wall display of Hitchcock objects (a four-fingered hand, a pair of handcuffs, a giant phone with “M” on the dial) and a list of all 53 of the master’s films. Room two was the theatre, where we all saw that horrifying clip reel. This was followed by a live stage show about the making of the Psycho shower scene, the set designed as a replica of the Bates Motel. Here a friendly host offered up trivia designed to make Hitchcock accessible: did you know that the scene features 77 different camera angles? And that Hitchcock never actually shows the knife penetrating flesh? And that the blood was actually chocolate sauce? Probably yes, but this was all new information to an 8-year-old Will Sloan.

“You can’t make it too highfalutin’,” said Lustig, “but with Hitchcock there was such a range of interesting things that it was hard to pare down. The Truffaut book, oh my gosh, that was like my bible. The papers were coming out of the book, I’d gone through that thing so much.”

The final room was the biggest: an interactive space, with a Statue of Liberty replica and interviews with Jimmy Stewart, Janet Leigh, Anthony Perkins, Norman Lloyd, John Forsythe and Shirley MacLaine on various aspects of Hitchcock’s craft. “Back then, people still were very dubious about theme parks,” said Lustig. “They kinda looked at us like we were circus people. So we really went out of our way to look beyond professional. I mean, the soundstages, the equipment — we really had to prove that we knew what we were doing... We had the limos and all that stuff.” 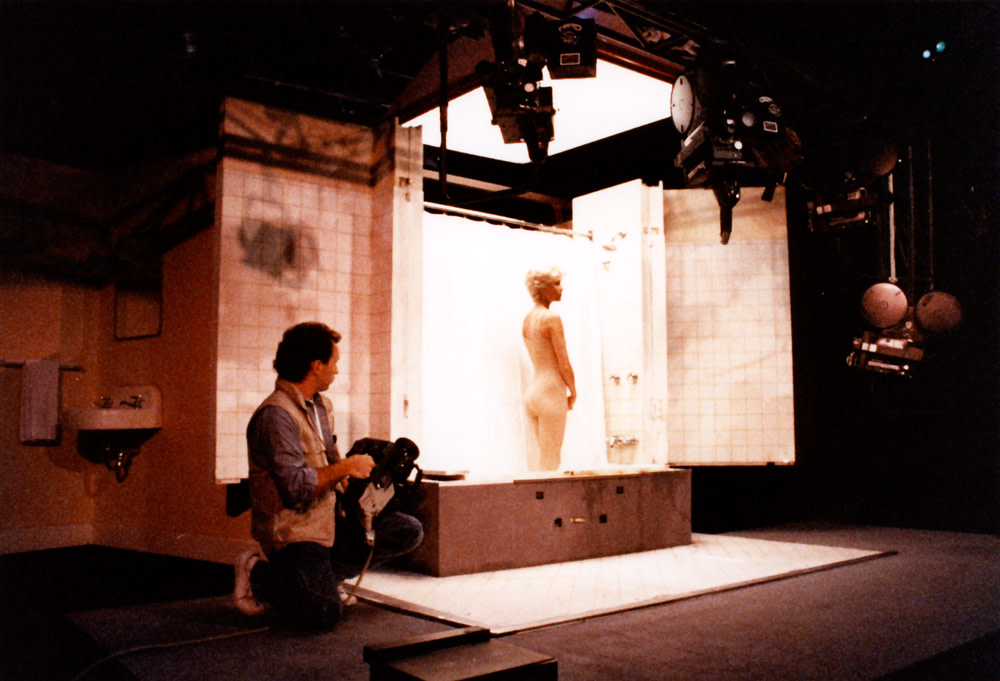 Lustig has especially fond memories of Norman Lloyd, the co-star of Saboteur who, at age 101, appeared in last year’s Trainwreck. “He charmed the pants off of us,” she said. “He was just so delightful, so funny, and boy, did he straighten us out. We had this idea about how the Statue of Liberty thing was accomplished, and he just sat there and listened to me [say:] ‘Well, it probably did this, blah blah blah…’ I was so full of myself. And he said, ‘Well… no. That’s not how it was.’ And he told me precisely how it was done, and that’s what we put in the interactive.”

The team also consulted with Hitchcock’s stable of designers: art directors Henry Bumstead and Robert F. Boyle, matte painter Albert Whitlock and storyboard artist Harold Michelson. “We took them to lunch, and they sat there and held court. They did imitations of him, they told stories about him, they told me how things were accomplished. It was the most delightful and shortest lunch — it was two-and-a-half hours because nobody wanted to leave.”

Since the turn of the millennium, Universal Studios has shifted away from behind-the-scenes info-tainment towards immersive “4-D” rides (some of the newer attractions are based on Transformers, Minions, Harry Potter and The Simpsons). "Alfred Hitchcock: The Art of Making Movies" closed on January 3, 2003 and was replaced by "Shrek 4-D."

The park’s evolution was inevitable: as Matt Singer noted in an essay for The Dissolve: “DVD and Blu-ray special features removed the mystery and allure of behind-the-scenes anecdotes; smartphones and laptops put the tools of moviemaking in the hands of millions of Americans.” Even without these innovations, CGI has eclipsed animatronic and practical effects. Still, it’s less exciting find out how directors worked their magic when everything is being done on a computer. 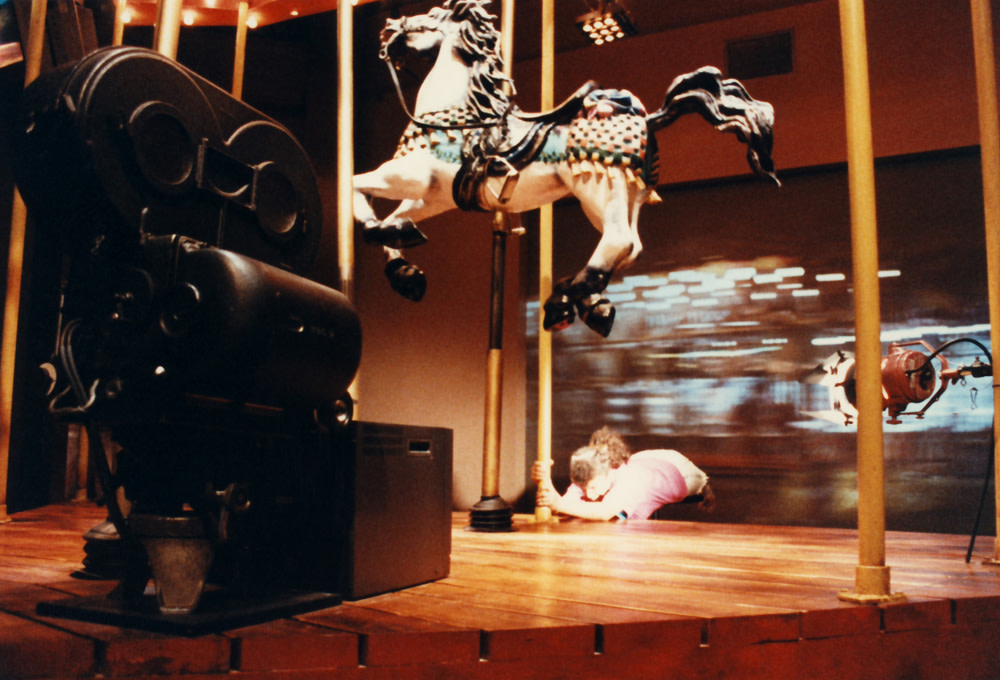 I don’t want this to turn into an old-fogey lament for the Universal Studios of my childhood. Today’s kids should be allowed to enjoy their own cultural detritus. I’m not going to start weeping when the Earthquake ride gives way to Minions. I also don’t want to suggest the ‘90s were some lost wonderland of cinephilia: I wouldn’t trade today’s every-single-movie-ever-made-at-your-fingertips-internet for the crappy selection at my 1997 Blockbuster.

Still, at the risk of overstating the case: I think the closure of "Alfred Hitchcock: The Art of Making Movies" is a melancholy reminder that movies are a market-driven art form, and when cinema’s two potbellied icons are pitted together, Shrek wins every time. In its way, the Hitchcock attraction made the case for movies as an art form made by skilled artisans, rather than just entertainments to passively consume. It also planted in me a seed of curiosity for a great filmmaker that I didn’t know.

Watching the “Art Of Making Movies” opening montage now on a hazy YouTube bootleg, I’m surprised by how much I’d exaggerated its gruesomeness in my mind. The scary moments seem pretty tame, and between the horror, there are plenty of clips of beautiful stars kissing and Hitchcock quipping on-camera. But nearly all of these iconic scenes were new to me as an eight-year-old boy, and the overwhelming force of the editing seared them in my brain like cigarette burns. I left the attraction full of anger towards this long-dead filmmaker for planting so many awful images in my mind. Nothing else I saw at the park that day left any comparable impact.