Each year, TIFF Rising Stars showcases new Canadian and international acting talent during the Toronto International Film Festival — placing the emphasis on the next generation poised for success.

The actors who are selected for the programme are immersed in a series of public events and private industry meetings during the Festival. They undertake professional development with international casting directors, filmmakers, producers, and industry executives. The actors are also front-row centre at some of the biggest red-carpet events at the Festival. TIFF Rising Stars alumni include Stephan James, Tatiana Maslany, and Sarah Gadon. 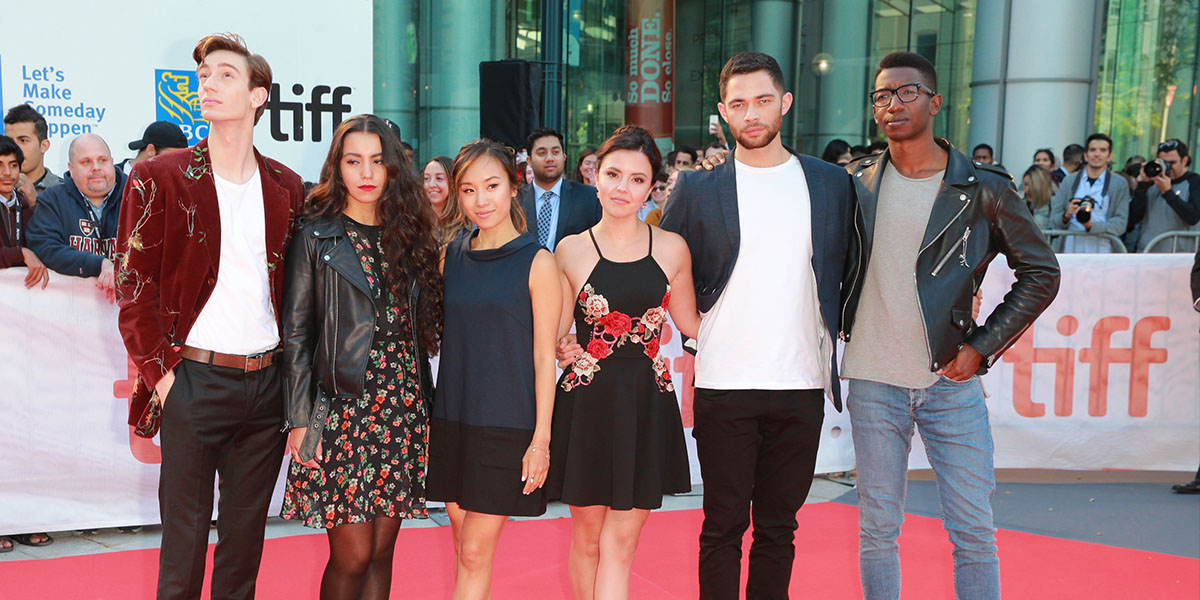 Each participant to TIFF Rising Stars is carefully reviewed by a pre-selection committee comprising up to three members of the TIFF Industry programming team. A shortlist of candidates will then be presented to a jury that may include members of the TIFF Industry, Festival, and Audience and Community programming teams. Using an established set of criteria, the jury will convene to review and deliberate each application to collectively determine programme participants. Here are the participants for 2020 TIFF Rising Stars.

Sheila Atim was named by Variety as one of 10 Brits to Watch for 2020. She stars opposite Halle Berry in Berry’s directorial debut, Bruised, which is premiering at TIFF 2020, and was cast by Barry Jenkins in Amazon series The Underground Railroad, which will air in 2021. Atim won the 2018 Olivier Award for Best Supporting Actress in a Musical for her performance in Girl from the North Country at London’s Old Vic Theatre, and starred alongside Mark Rylance and Andre Holland in Othello at Shakespeare’s Globe. She also won the Critics’ Circle Award for most promising newcomer in 2018, and was awarded an MBE by the Queen for her contributions to theatre and the arts. She was a series regular opposite Samantha Morton in the Hulu series Harlots (17–19), is featured in Agatha Christie’s The Pale Horse (20) for Amazon, and was recently cast alongside Naomi Watts in HBO’s forthcoming pilot for the Game of Thrones prequel.

Rainbow Dickerson is a screen and stage actor trained in London and New York City, with additional stunt-training by LA Stunts. Her acting career spans over 70 stage productions, nine world premieres, and a dozen film and television shows. Selected credits include the feature Beans, screening in Official Selection at TIFF 2020, and the TV series Chicago Fire (16), Banshee (16), and Gone (18). She has worked on Broadway, with the Oregon Shakespeare Festival, the American Repertory Theatre, Mixed Blood Theatre, The Purple Rose, Native Voices, and many others. An actor of both Thai and Rappahannock ancestry, she supports quality over quantity, encourages connection to Self and Spirit, and resides in occupied Gabrielino-Tongva territory.

Tanya Maniktala can be seen at TIFF 2020 in her lead role in Mira Nair’s adaptation of Vikram Seth’s A Suitable Boy. She started her career in the University of Delhi’s annual street production, Kaal Kothri, for which she won several best-actor awards in the university’s theatre circuit. She was then scouted by a YouTube channel, The Timeliners, to play the female lead in their web series, Flames (18– ). She was also nominated in the Best Debut category by the Digital Hash Streaming awards, at which Flames won Best Web Series.

Madeleine Sims-Fewer was born in Little Britain, Ontario, and moved as a child with her family to Bath, England. She studied acting at Drama Centre London, and is passionate about embodying contradictory characters that challenge our ideas of women. In 2015 she took part in TIFF Talent Lab, where she met her creative partner, Dusty Mancinelli. She starred in and co-directed their first short film, Slap Happy (17), which premiered at BFI London and played VIFF and Slamdance, among other festivals. Woman in Stall (18) won the Grand Jury Prize at Slamdance and a Jury Award at Austin. Her most recent short, Chubby (19), premiered at Telluride and won the Silver Dragon for Best director at Krakow. Violation (20) is Madeleine's first feature film. She is an alumni of Berlinale Talents and will remain a dedicated Meisner practitioner, always.