Information regarding film selection, screening venues, ticket sales for both Members and the public, accreditation, and TIFF’s Industry Conference will be available in the coming weeks.

The worldwide health crisis has affected everyone working in the cultural industries, and TIFF has been severely impacted. Its role in the ecosystem of the film industry was the impetus to move forward, to deliver a film festival that inspires and engages audiences, and to serve as a beacon of hope for Toronto, for filmmakers, and for the international film industry. TIFF is the cornerstone of a $2-billion-a-year film industry in Toronto, generates more than $200 million in annual economic activity for the City of Toronto and the Province of Ontario, and is the chief market to launch Canadian film content into the global marketplace.

As the 2020 Festival lineup comes together, the programming teams are working to curate the most memorable experience possible for audiences through a diverse selection of the highest quality films from around the globe. Films on offer will reflect first-rate international cinema, documentaries, and Canadian creativity. The representation of women amongst TIFF’s film programmers is reflective of the organization’s continuing commitment to normalizing gender parity and equality for future generations.

Over the first five days, TIFF’s full slate of films will premiere as physical, socially distanced screenings. Festival-goers can also enjoy drive-ins and outdoor experiences that take them beyond the movie theatre. TIFF is working closely with the Province of Ontario, the City of Toronto, and public health officials on the safe execution of the Festival, with its number-one priority being the health and well-being of both Festival filmgoers and the residents of the entire community. This presentation of TIFF’s traditional in-person ﬁlm festival will be contingent on the Province’s reopening framework to ensure that Festival venues and workplaces practice, meet, and exceed public health guidelines.

For the first time in its history, TIFF will launch a digital platform for the Festival, affording new opportunities to connect with audiences beyond Toronto. TIFF has partnered with Shift72 to develop this industry-leading online platform. Over the 10 days, the platform will host digital screenings, as well as numerous talks and special events.

“The pandemic has hit TIFF hard, but we’ve responded by going back to our original inspiration — to bring the very best in film to the broadest possible audience,” said Cameron Bailey, Artistic Director and Co-Head, TIFF. “Our teams have had to rethink everything, and open our minds to new ideas. In countless video calls over the past three months we have rebuilt our Festival for 2020 drawing on our five decades of commitment to strong curation, support for filmmakers, and engagement with audiences. We have listened to this year’s urgent calls for greater representation of under-represented voices. You’ll see that this year at the Festival. And we have watched as audiences have embraced cinema’s ability to transport them through screens of all sizes. You’ll see that too. We’re excited to present thoughtful, high-impact programming this September that reflects our belief that there’s no stopping great storytelling.”

“TIFF has a proud history of programming award-winning films, expanding the conversation to include a multitude of voices, and in creating boundary-pushing initiatives for the industry,” said Joana Vicente, Executive Director and Co-Head, TIFF. “And this year we’ve added new innovations and ways to give back to the community. In doing so, we’re aiming to advance what a film festival is capable of delivering — for audiences and the film industry. We could never have anticipated the global seismic changes we would be facing in 2020. We tapped into the original spirit of the Festival from when it began in 1976 as our guiding light. The distilled edition of TIFF 2020 reflects a deep love of film, passion for our loyal audiences, commitment to the industry, and a whole lot of heart.”

TIFF will also present its annual TIFF Tribute Awards, acknowledging and celebrating outstanding contributors to the film industry. Launched in 2019, the TIFF Tribute Awards honoured, among others, the remarkable talents and contributions of Meryl Streep, Taika Waititi, Mati Diop, and Joaquin Phoenix. This tradition will continue for 2020 and audiences worldwide will be able to experience the Awards virtually. Additional information on the Awards and 2020 honourees will be announced in the coming months.

TIFF’s Industry Conference will welcome thousands of film professionals as always, but online this year, with screenings for press and industry taking place on the Festival’s digital platform. Industry delegates can expect advanced security and anti-piracy measures, access to buyers, and opportunities for networking. International and Canadian press attending TIFF will be able to experience in-depth conversations with actors and filmmakers, and will have access to filmmakers for interviews. Now in its third year, TIFF’s Media Inclusion Initiative will continue to accredit eligible Black, Indigenous, people of colour, LGBTQ+, and women emerging film critics who are working towards amplifying their voices in the press corps. New this year, TIFF is offering companies and individuals the opportunity to gift industry access to 250 under-represented emerging filmmakers from around the world, opening doors for those who need it most.

The global health crisis and its financial impact has affected everyone, making partnerships and alliances essential to aid in the recovery of the film industry. TIFF 2020 represents an unprecedented collaboration with other film festivals in Toronto, like our longtime partners the Reel Asian International Film Festival and Inside Out; across Canada with the Vancouver International Film Festival; and internationally, with Venice, Telluride, and New York, to support filmmakers and bring the gift of cinema to audiences.

TIFF temporarily closed its year-round offices and cinemas at TIFF Bell Lightbox in March due to the pandemic. Immediately following the closure, TIFF launched the successful Stay-at-Home Cinema programme in partnership with Bell Media’s Crave, which has seen hundreds of thousands of Canadians and film fans from around the world engage with top talent from past Festival favourites. TIFF is taking the necessary steps to prepare for reopening, ensuring its facilities are outfitted with appropriate health precautions in preparation for when the Province permits larger public gatherings, and working with medical advisors and public health officials to ensure the safety of audiences, partners, and staff.

Earlier this week, TIFF confirmed the reduction of 31 full-time staff positions as a response to the financial impact brought on by COVID-19 and the temporary closure of its building. The global health crisis also necessitated a redesign of TIFF’s business and activities, for both TIFF Bell Lightbox and the Festival, in order for the organization to continue to deliver on its mission to transform the way people see the world through film. These factors, along with the restrictions on travel and large gatherings as well as a projected slow return to normal audience behaviour, resulted in a forecasted 50% reduction in revenue from 2019.

TIFF’s work would not be possible, particularly this year, without the involvement and dedication of longtime lead partner Bell, major partners RBC, L’Oréal Paris, Visa, the Government of Ontario, Telefilm Canada, and the City of Toronto.

As a non-profit, TIFF continues to develop ways to secure financial support. TIFF’s For the Love of Film Fund was launched earlier this spring and supports TIFF’s work to reimagine the in-cinema experience in the digital age for its audiences, and invests in TIFF’s recovery and the future of film. The Koolum Foundation will match every dollar donated to the For the Love of Film Fund.

This year, 50 acclaimed filmmakers and actors rally — most of them from afar, many of them participating in digital events — to help TIFF deliver a strong Festival for our audiences. Our Ambassadors are:

A longstanding tradition at TIFF, the People’s Choice Award is celebrating its 43rd year. Audiences watching films at the RBC Lakeside Drive-In at Ontario Place, the Visa Skyline Drive-In at CityView, the West Island Open-Air Cinema at Ontario Place, OLG Play Stage at Ontario Place, TIFF Bell Lightbox, and at home via digital screenings on the Bell Digital Cinema platform voted online. All films in TIFF’s Official Selection were eligible. 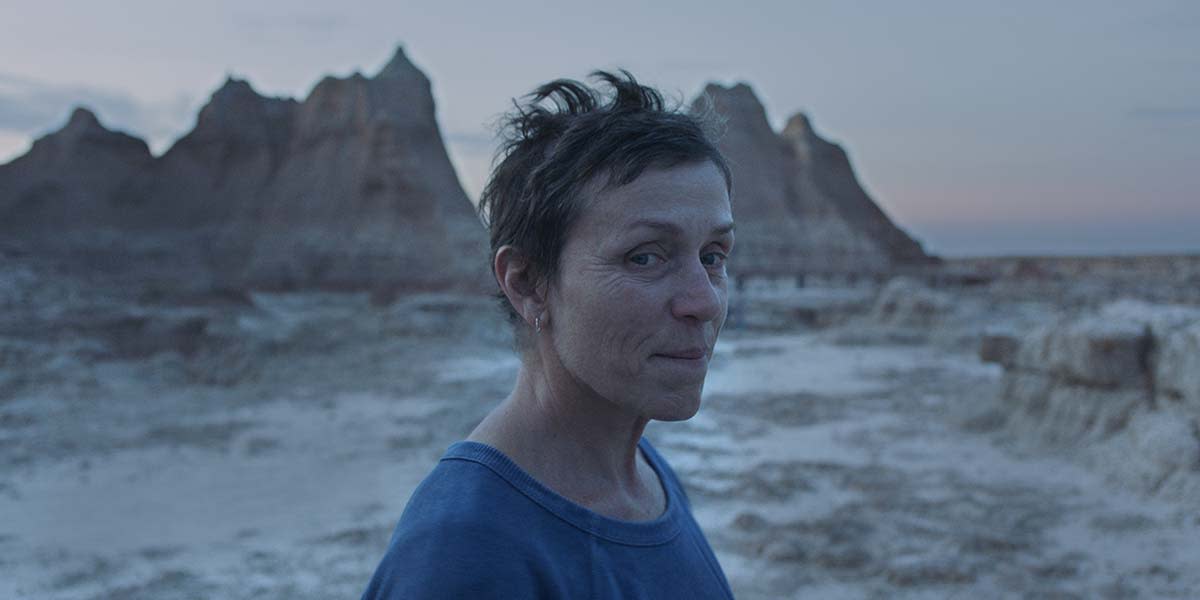 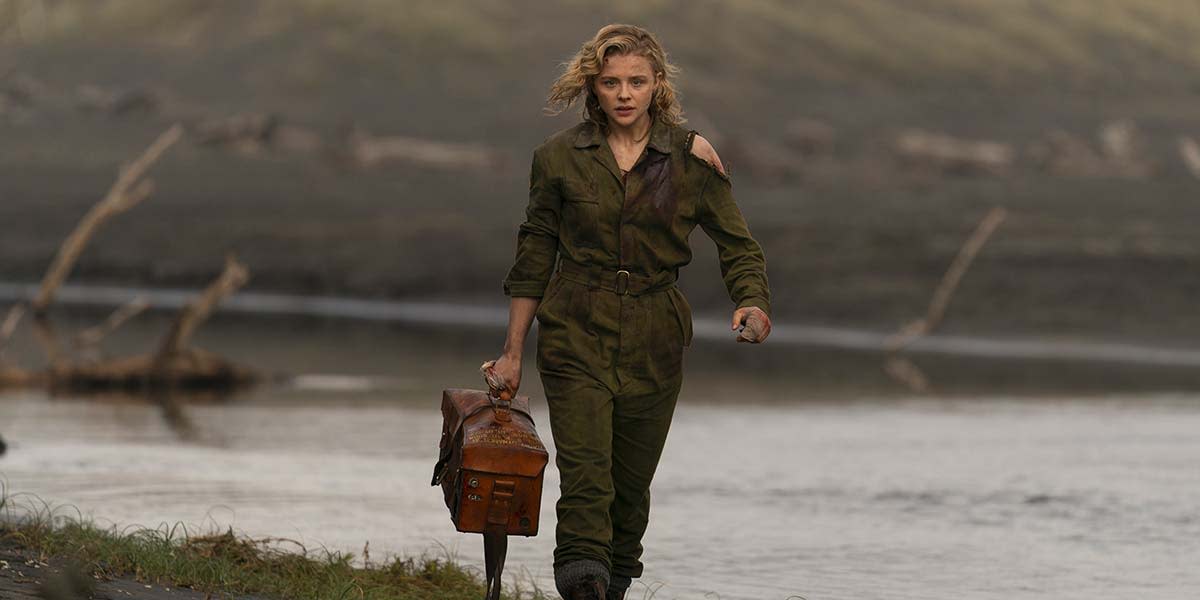 Shadow In The Cloud 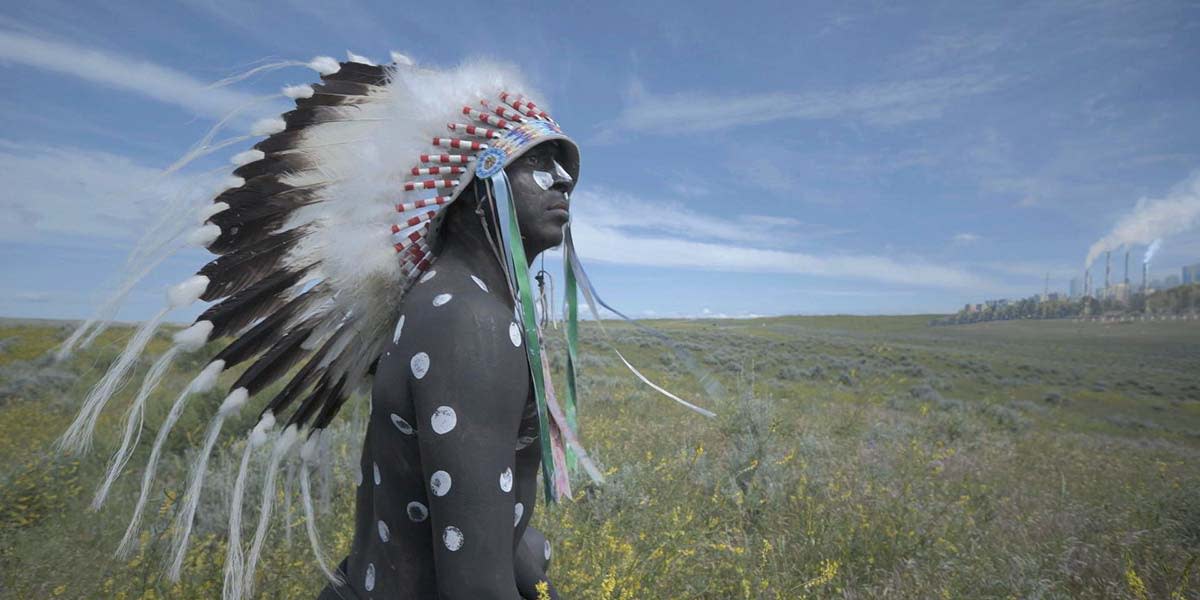 Presented by the Shawn Mendes Foundation, the 2020 Changemaker Award is awarded to a Festival film that tackles issues of social change, and comes with a $10,000 cash prize. The winning film was selected by TIFF’s Next Wave Committee, a group of young film lovers who recognize cinema’s power to transform the world. The Shawn Mendes Foundation will also be making an annual contribution in support of TIFF Next Wave, helping TIFF deliver key initiatives to elevate young voices. The jurors for the Changemaker Award are members of TIFF’s Next Wave Committee: Saharla Ugas, Sia Mehta, Emanuel Ntwig, Julia Yoo, Daeja Sutherland, Lina Zhang, Delphine Winton, Joe Ning, Caterina Ferrari, Visaree Bradshaw-Coore, Andrea Landaeta, and Diego Lopez. 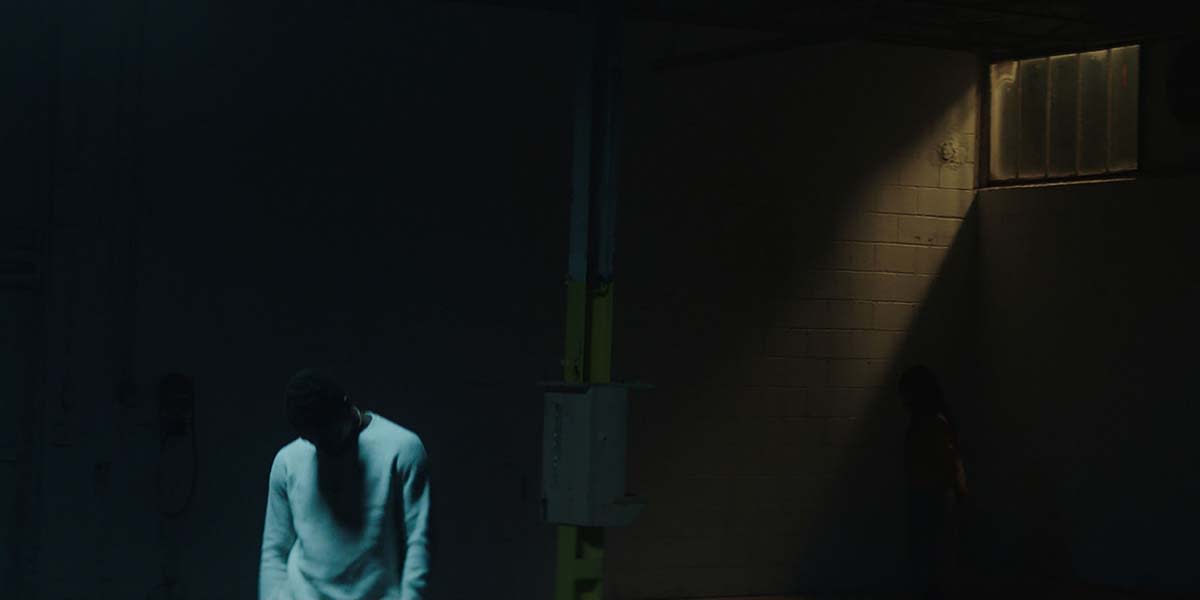 Each award offers a $10,000 cash prize, made possible by Canada Goose. Canada Goose embraces diversity in all its forms and definitions, including technique and passion that transports storytelling to screen. These awards will be presented to the three best feature films by under-represented filmmakers. All feature films in Official Selection by BIPOC and Canadian filmmakers are eligible, and the three winners will receive $10,000 each. 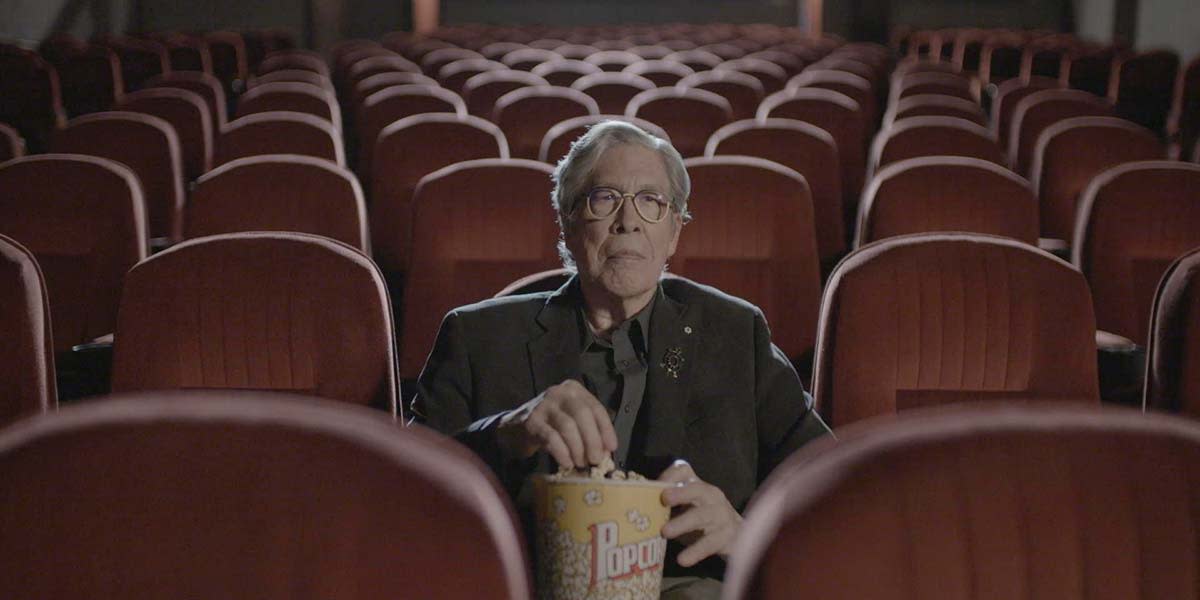 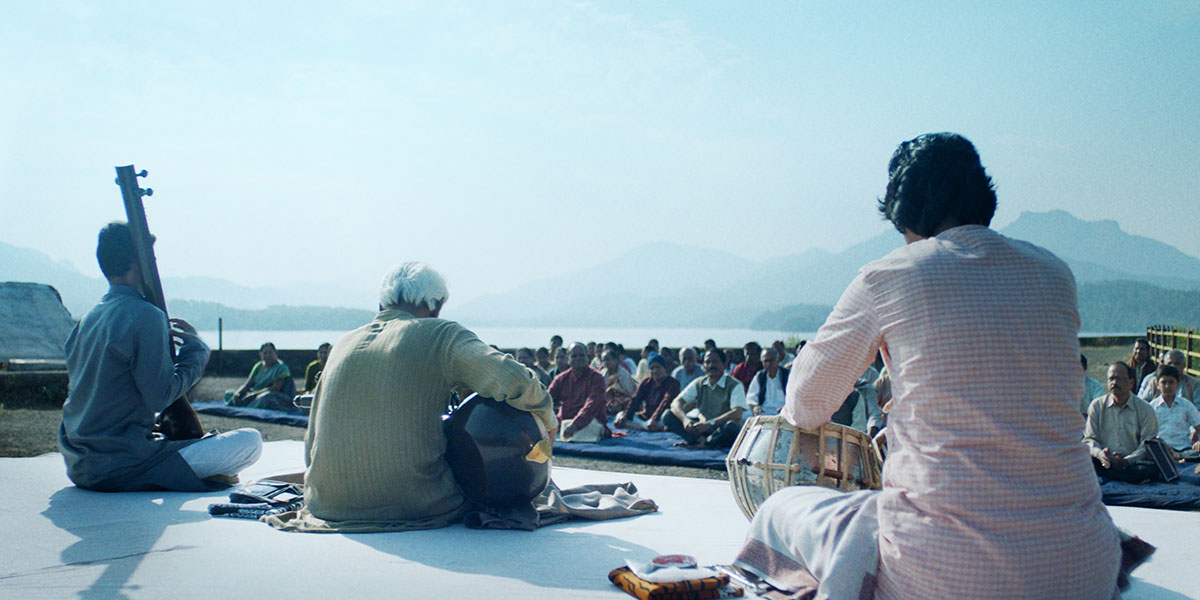 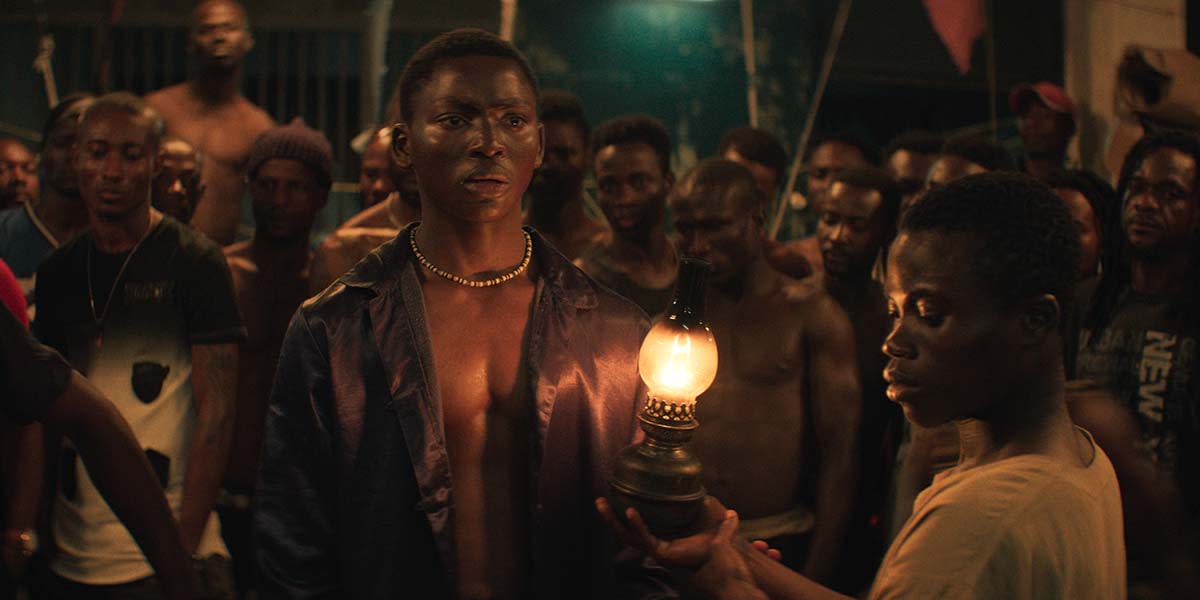 Night of the Kings

The award offers a $10,000 cash prize, made possible by IMDbPro. Films programmed in this year’s Short Cuts selection are eligible for three jury-selected IMDbPro Short Cuts Awards: Best Film, Best Canadian Film, and, new this year, the Share Her Journey Award for best film by a woman. IMDbPro will provide each of the three winners with a bursary of $10,000 CAD and a one-year membership to IMDbPro, the essential resource for entertainment industry professionals, to help them continue achieving success in their careers. These awards build on IMDbPro’s nearly 20-year history of empowering entertainment professionals to discover new talent and projects, and on its ongoing commitment to supporting and collaboratively working with organizations that create greater diversity, equity, and inclusion in the entertainment industry — including TIFF’s Share Her Journey campaign. 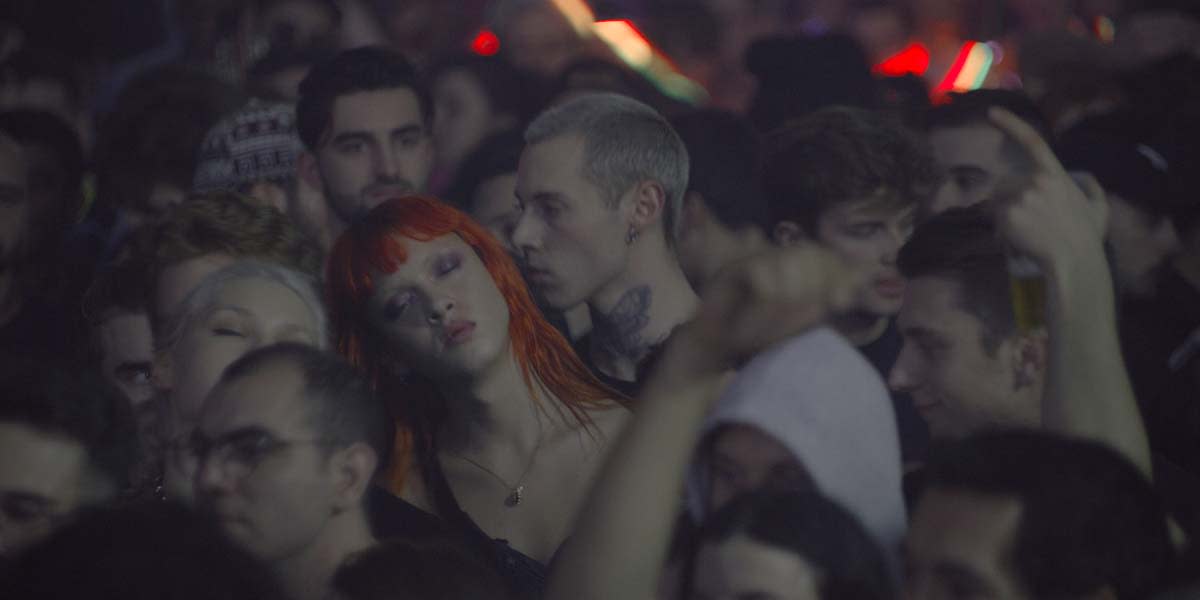 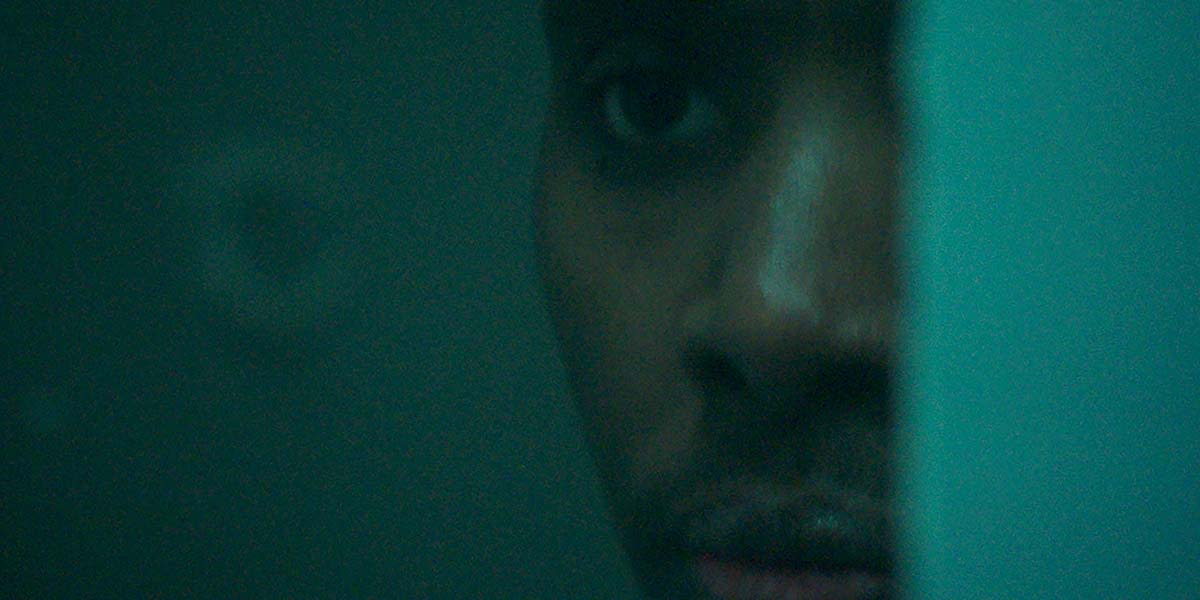 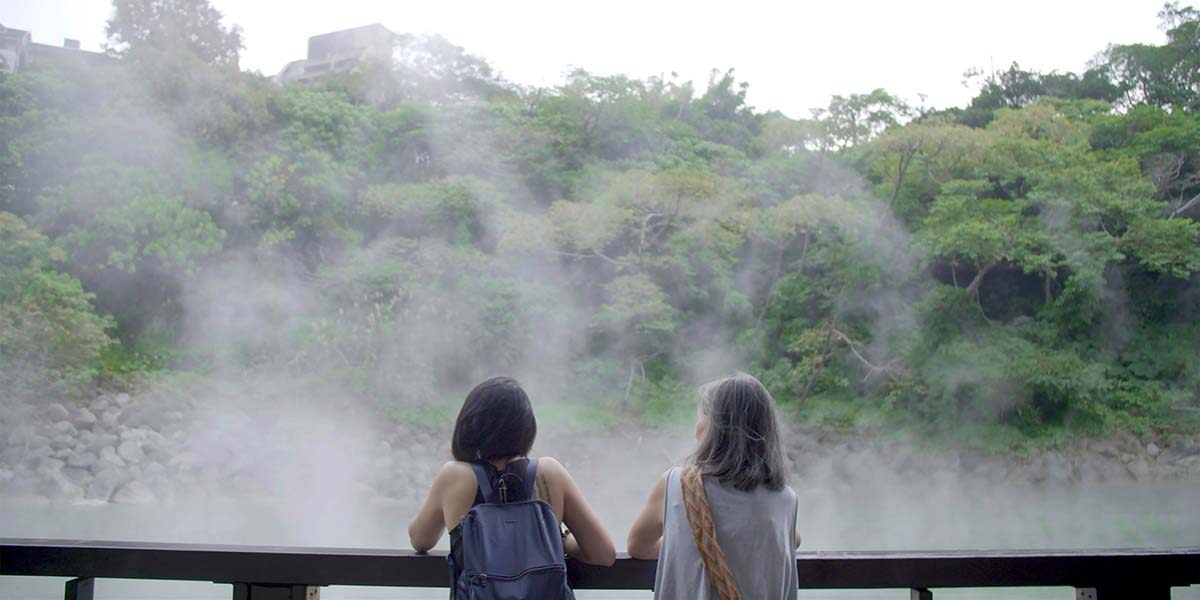 Sing Me a Lullaby

The jury is selected from the Network for the Promotion of Asian Pacific Cinema. 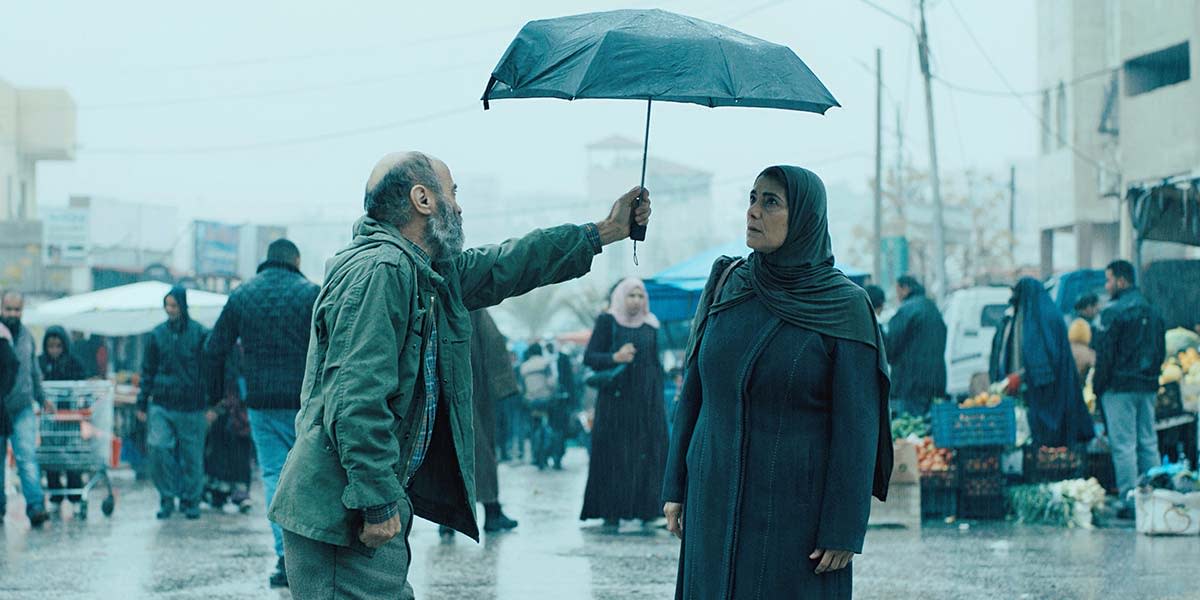 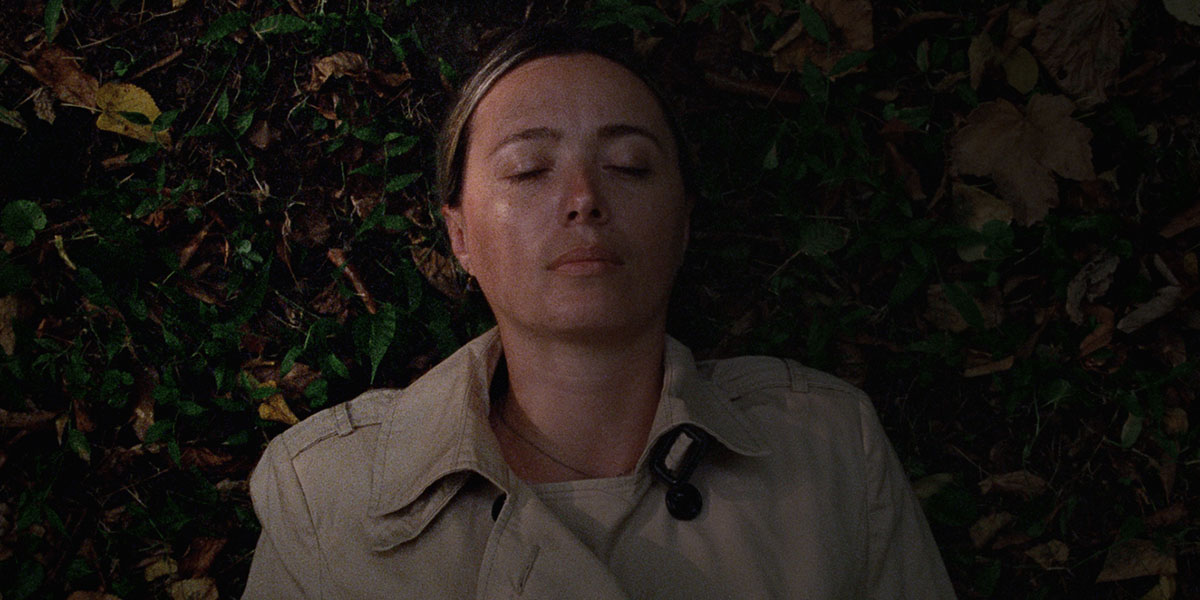