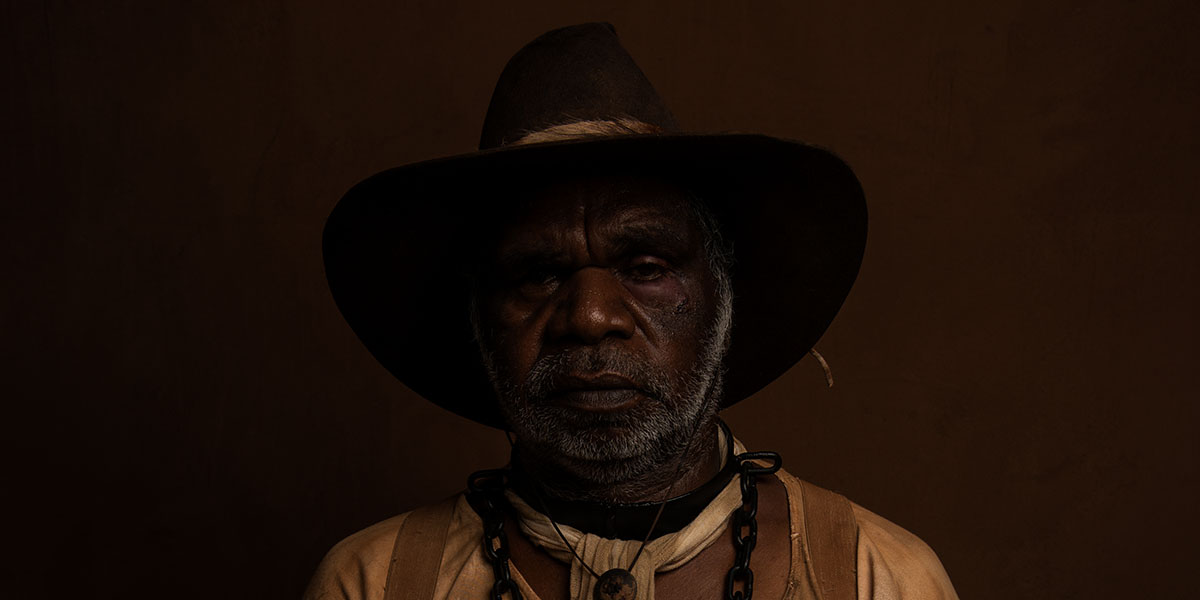 We profile 10 international auteurs who got their start in TIFF’s Discovery programme, including Christopher Nolan, Steve McQueen, and Ingrid Veninger

Whether it happens at a giant film festival, or during a lazy afternoon scrolling through Netflix, there’s truly nothing as sublime as making a discovery. You finish a film that unexpectedly moved you, thanks to a radical directorial vision or a mesmerizing actor, aching to tell the first person you see about this amazing movie.

For decades, TIFF’s Discovery programme has been a staple and gem of the Festival. Focused on the first or second features by new filmmakers, the series has introduced curious audiences to some of the world’s most brilliant artists. There’s a whopping 45 titles in TIFF 17’s Discovery programme, which include new works by some amazing Canadians, in genres such as thriller(A Worthy Companion), political satire (Black Cop), and coming-of-age dramedy (Mary Goes Round). They trot the globe from Lithuania (the deliriously deadpan Miracle, the first film from the country to play the Festival in 15 years), to idyllic rural Chile (Princesita). One of them – Waru, from New Zealand – boasts eight Maori female directors. Whatever one chooses to see from this eclectic programme, it won’t look or feel like anything you’ve seen before.

Discovery fits the ethos and spirit of a festival that for more than 40 years has brought attention to master filmmakers. Many of the most revered directors on the planet (including a few that will be present in Toronto over the next week-and-a-half) can claim TIFF as a launching pad for their journey into the cultural stratosphere. Here are 10 who all made their groundbreaking debuts at TIFF. 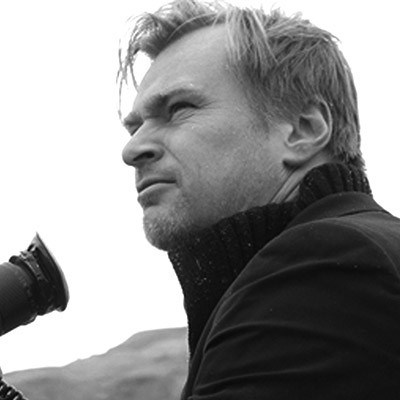 Before his wartime 70mm opus Dunkirk shakes and stuns TIFF '17 audiences in IMAX at the Cinesphere on Sept. 10, take a moment to remember that Christopher Nolan’s feature debut, Following, was filmed on 16mm black-and-white film stock. More than a year before opening in Nolan’s native UK, Following made its world premiere in the Discovery series in 1998. Ever since, his ingenious, thrilling dramas – from the disorienting mystery Memento (also a TIFF selection) to 2008’s The Dark Knight, arguably the apotheosis of comic-book blockbuster cinema – have solidified Nolan’s status as one of the medium’s most innovative storytellers with a nine-figure budget. Next up: his first Oscar nomination for director, perhaps? 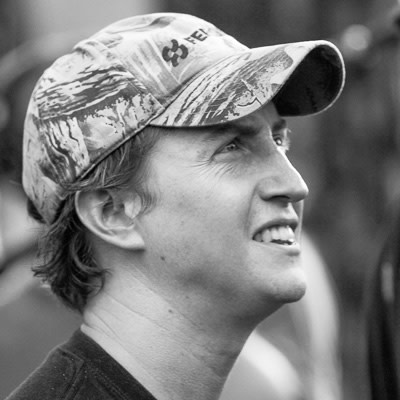 Everyone has a different entry point into the work of David Gordon Green. Some eased into his humanist indie dramas like All the Real Girls. Others found kinship in his goofy comedies, such as Pineapple Express. A few lucky folks may get their first taste of Green’s filmmaking at TIFF this week with the world premiere of Stronger, starring festival favourites Jake Gyllenhaal and Tatiana Maslany, about a survivor of the 2013 Boston Marathon bombing. For an even luckier few, their first interaction with Green was his 2000 drama George Washington (premiering in TIFF’s Discovery programme!), which trained its eye on a collection of (mostly Black) youths in rural North Carolina. One of that film’s biggest fans? Moonlight's director Barry Jenkins, who revealed during his trip into the Criterion Collection closet that a scene from George Washington directly inspired one from his début (another TIFF Discovery pick), Medicine for Melancholy. 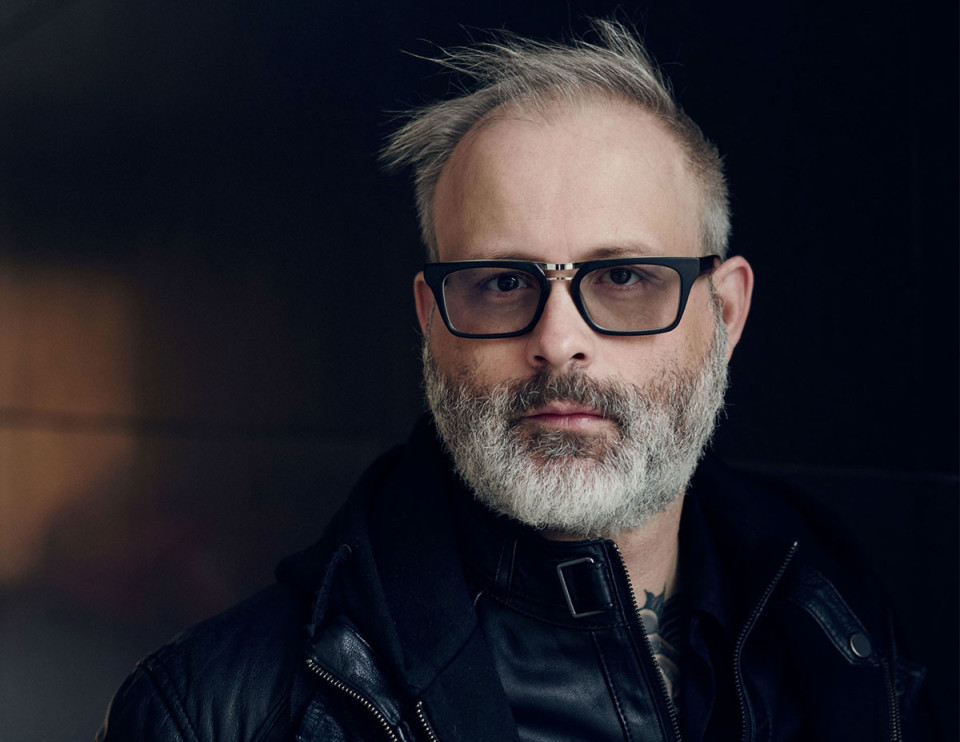 The New Brunswick native is one of the most fascinating independent filmmakers working in Canada (as well as on planet earth) today. Côté’s harsh and humane character-studies have brought him love at festivals from around the world. Vic + Flo Saw a Bear won the Silver Bear in Venice, while Curling and Elle veut le chaos took home directing prizes at Locarno. But the former film critic began this ascent with his feature début, Les états Nordiques, which found a home in TIFF’s 2005 Discovery programme. His newest project, the experimental and formally rich documentary Ta peau si lisse (A Skin so Soft), premieres in this year’s Wavelengths programme and has already received rapturous reviews. 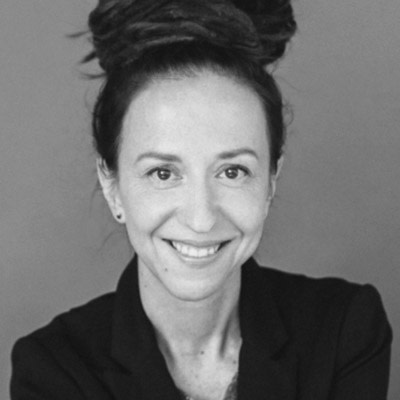 Speaking of independent filmmakers working in Canada, Toronto auteur Ingrid Veninger proves that one can make absorbing, richly nuanced dramas with mere thousands of dollars. You aren’t named “The DIY queen of Canadian filmmaking” by the Globe and Mail unless you’re both an astute storyteller and a crafty financier. (It also helps when your children are terrific actors who can help anchor those stories.) Veninger first found a home at TIFF when she co-wrote Nurse.Fighter.Boy (2008), and later returned with her Discovery titles Modra (2010) and (I am a good person/I am a bad person) (2011), itself a film about Veninger touring film festivals with her daughter, actor Hallie Switzer.) Veninger and Switzer collaborate once again on her TIFF ‘17 title Porcupine Lake, a cottage country-set drama about a friendship between two pubescent girls. This time it’s in the Contemporary World Cinema category. 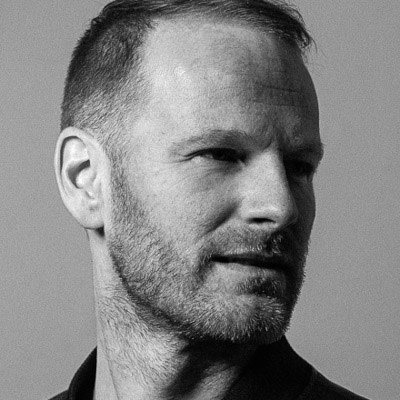 Few writer-directors working in cinema today are as insightful about human behaviour and emotional frailty as Sweden’s Joachim Trier. Himself the grandson of avant-garde filmmaker Erik Løchen, Trier made his first impression in Toronto in 2006 when Reprise, a brisk exploration of two ruthless young creators, took home the Festival’s Discovery prize. But that was just the warm-up: his blistering Oslo, August 31st is one of the decade’s most powerful, harrowing films, and 2015’s Louder than Bombs was also potent, albeit with a more recognizable cast (including Jesse Eisenberg and Isabelle Huppert). Trier’s latest film Thelma (playing TIFF ‘17 in the Special Presentations category) is another dazzling character-study, focusing on a young woman who realizes she has supernatural abilities. If you’ve ever wished X-Men was shot like a Bergman-esque chamber drama, you’re in for a treat. 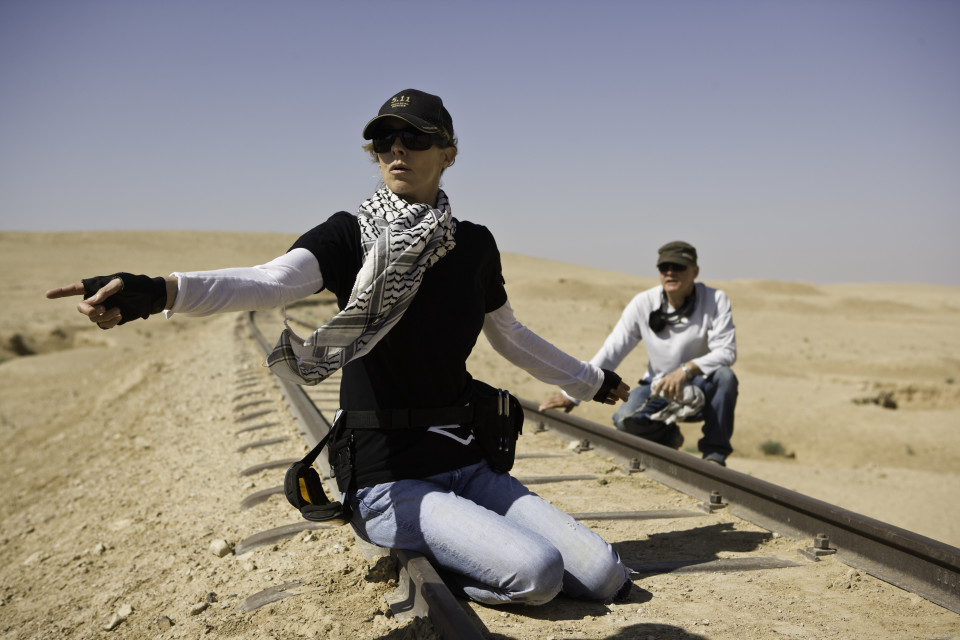 Writer/director Kathryn Bigelow, who is somehow the only woman to garner a Best Directing Oscar, was the focus of a well-attended career retrospective at the TIFF Bell Lightbox this summer. However, you may not realize that Bigelow was TIFF royalty more than two decades before The Hurt Locker captivated crowds in Toronto in 2008. Her simultaneously soulful and sordid vampire romance Near Dark premiered as a gala presentation in 1987. In 2017, Bigelow’s film has lost none of its power or poignancy, in part thanks to a scene-stealing turn from the late Bill Paxton. (One of Paxton’s final and most affecting performances was in Nathan Morlando’s Mean Dreams at TIFF ‘16.) 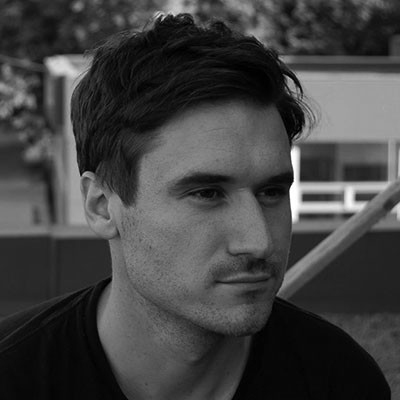 Toronto production company MDFF – led by director Kazik Radwanski – will be bringing its independent screening series to TIFF Bell Lightbox this fall. Amongst some of MDFF’s contemporary classics are Kazik Radwanski’s Tower, which premiered in the Discovery programme in 2012 and How Heavy This Hammer (a selection for TIFF ‘15). The poetic realism of these striking early efforts will be on display during Radwanski’s 15-minute short Scaffold (screening with Côté’s Ta peau si lisse in the Wavelengths programme), which centres on the routines and rhythms of Bosnian-Canadian construction workers. It will mark the director’s sixth film (of either a short or feature-length capacity) to play at TIFF. 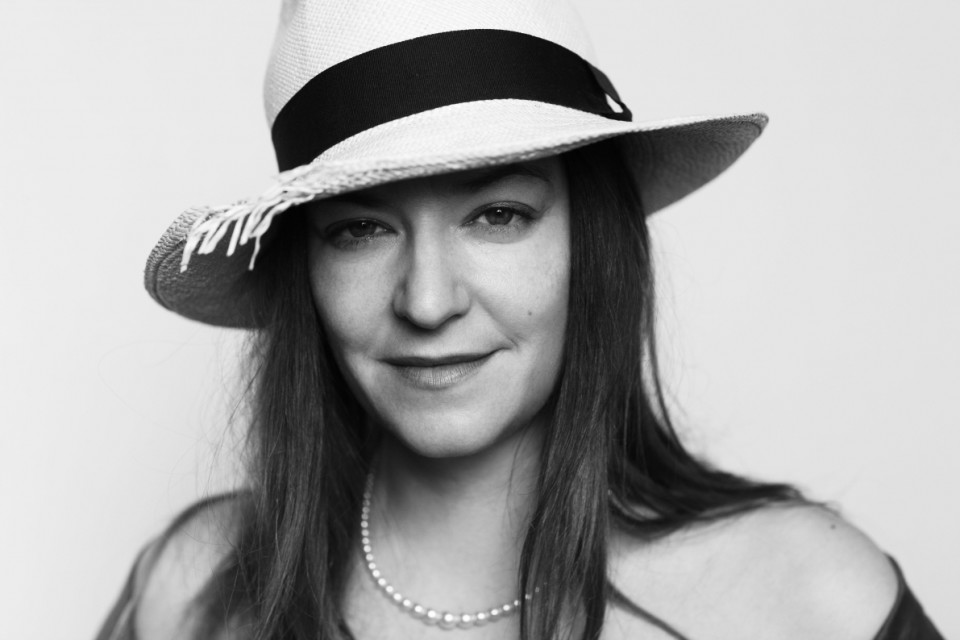 Every premiere of a Lynne Ramsay film is a major event for cinephiles. Unfortunately, Torontonians panting to see Ramsay’s throttling mystery You Were Never Really Here (a double winner at Cannes this spring) will have to wait. Still, the Scottish auteur can certainly be considered festival royalty. Her Criterion-approved 1999 drama Ratcatcher, as raw and riveting as the rest of her filmography, premiered at TIFF as a part of the Contemporary World Cinema programme (even though it was her first feature). The aptly titled Visions series housed Morvern Callar in 2002 and We Need to Talk About Kevin was a major conversation starter at the festival in 2011. Three out of four features ain’t bad. 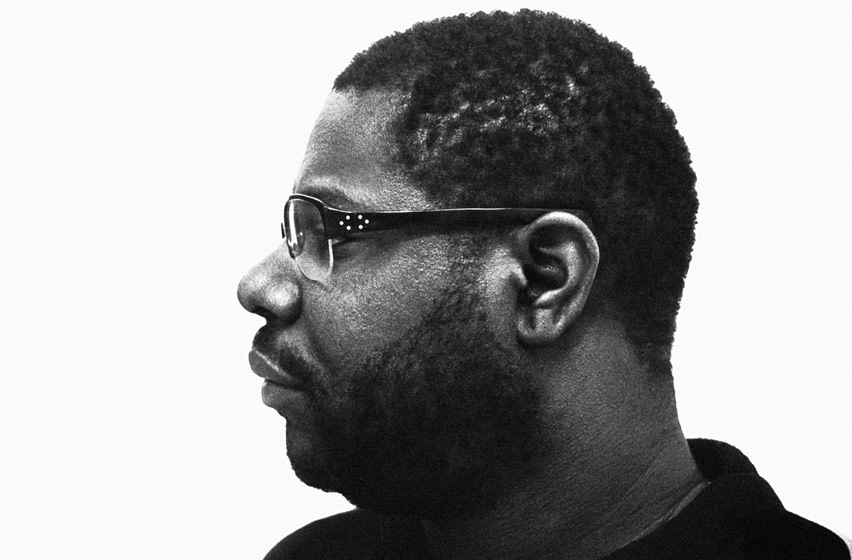 The first Black filmmaker to win the Best Picture Oscar, McQueen has an exceptional batting record when it comes to TIFF: his film 12 Years a Slave was awarded the People’s Choice Award in 2013, and in 2011, one of the hottest festival tickets was his steamy character-study Shame, starring Michael Fassbender and Carey Mulligan. But McQueen’s illustrious presence in Toronto began when the vital, artful, unorthodox drama Hunger won the Discovery Prize in 2008. Regardless of the harshness or difficulty of the subject matter, McQueen’s originality as an artist can easily hook an audience. McQueen’s next film is a crime drama called Widows, featuring Viola Davis, Colin Farrell, Daniel Kaluuya, Carrie Coon, André Holland, and Liam Neeson in its ensemble. It’s set for a November 2018 release, so cross your fingers for another Festival showing by the vaunted auteur. 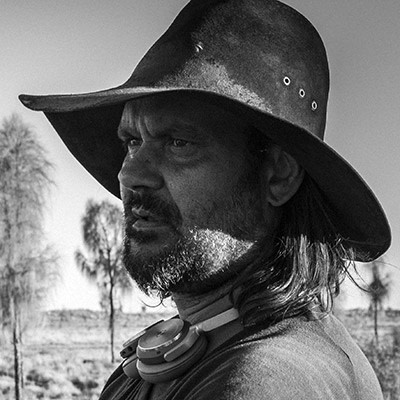 Few directors can brag that they have launched their first film in TIFF’s Discovery programme and had that title be selected as their country’s submission for the Academy Awards. Warwick Thornton’s début, 2009’s Samson & Delilah, followed two indigenous Australians on the run. Telling stories about indigenous Australians has remained an integral part of his success in his native land. It all leads to his majestic Western Sweet Country, which is one of this festival’s Platform selections.