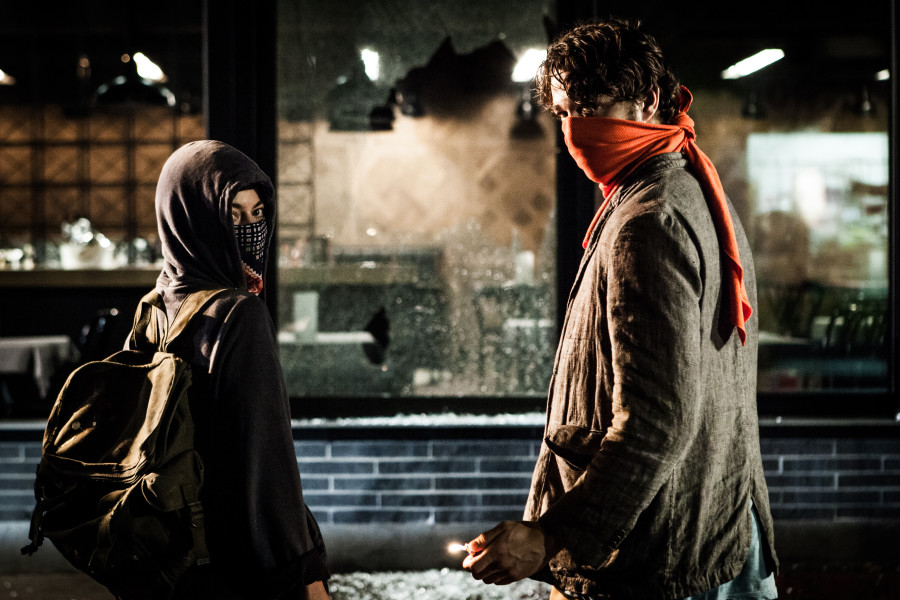 You say you want a Revolution

Hear a TIFF UNCUT Podcast with Those Who Make Revolution Halfway Only Dig Their Own Graves’ filmmakers Simon Lavoie and Mathieu Denis, conducted by TIFF Director & CEO Piers Handling

Those Who Make Revolution Halfway Only Dig Their Own Graves is one of the most ambitious — and deliriously titled — films to come out of Canada in a very long time. Co-written and directed by filmmakers Simon Lavoie (Le Torrent, Laurentie, Le déserteur) and Mathieu Denis (Corbo), the film posits what could have happened after the massive 2012 Quebec student protests against proposed tuition increases, otherwise known as the “Maple Spring.” With a three-hour running time, a mix of documentary footage and narrative storytelling, multiple aspect ratios, and an edgy graphic treatment, Lavoie and Denis’ revisionist history displays bravado and experimentation in spades. Their risk-taking paid off: the film won the Best Canadian Feature award at TIFF 16 and was selected for the Canada’s Top Ten Film Festival, where it screens January 19 and 20. During TIFF last September, Lavoie and Denis spoke with Piers Handling about their cinematic influences, Quebec's history of student uprising, and how political upheaval can be captured on screen. Here’s the full TIFF UNCUT podcast of their conversation. Raise a red square.