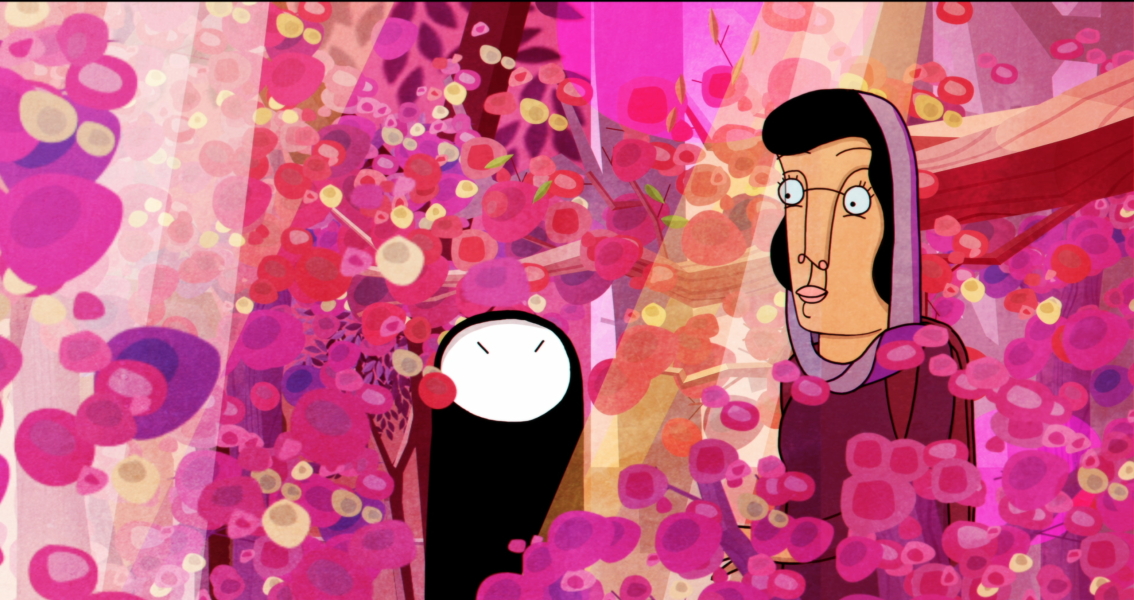 Window Horses (The Poetic Persian Epiphany of Rosie Ming), now playing at TIFF Bell Lightbox, puts poetry in motion. Canadian director/writer/animator Ann Marie Fleming employs the vocal talents of Sandra Oh, Ellen Page, Don McKellar, and Shohreh Aghdashloo to craft a coming-of-age story all about finding your identity as an artist. The story centres on the life of Rosie (Oh), a shy but friendly half-Chinese/half-Persian girl who likes to write poetry. She’s still figuring out who she is in the world. Rosie grew up with her protective Chinese grandparents in Vancouver and never really got to know her Iranian dad after he abandoned the family. But when a surprise invitation to go to Shiraz, Iran for a poetry festival falls into her lap, the young poet finds herself drawn towards a process of self-discovery.

Rosie meets a diverse group of poets from all over the world in Shiraz — Iran, Germany, China — and their unique experiences, perspectives, and anecdotes give Rosie the confidence she needs to discover her own cultural identity and creative voice. These beautiful, often melancholic stories form the film’s emotional core, exploring ideas of displacement, loss, and familial love. Window Horses is a touching tribute to poetry where informative, authentic vignettes about Persian history and its deep, rich, ancient tradition of storytelling bridge the gaps between different cultures. In an interview conducted during TIFF 16, where the film made its North American premiere, director Fleming and star/producer Oh discussed family, identity, and spoke about their shared appreciation for the Persian poet Hafez, whose work is a traditional form of divination in Iran.

__I understand that Sandra Oh got on board to help raise funds for this film through an Indiegogo campaign. How did this movie come together? __

Ann Marie Fleming: I’d developed the project with a script and a storyboard. Then, in 2011 with the Iranian election, things went south and Canada cut off all diplomatic relations with Iran. It seemed impossible to make this film. Everyone said to change where it [was set], but being in Iran is so essential to the story. I decided to try to make it on my own and start an Indiegogo campaign. I reached out to Sandra to be the voice of Rosie Ming. I’ve known her for 20 years, but she’s been a little busy! She said: “Don’t worry, I’ll do it.”

Sandra Oh: I was so moved by the subject of displacement. It’s also a story about a father and daughter being torn apart for a lot of reasons. For Rosie, the main character, she’s grown up her whole life thinking one way, with one story. By going to Iran, her world and her narrative opens up. The reconnection with the father, however you want to take that, was extremely moving to me. So I was like, “Yes, I will voice that! Whatever you need, whatever ability I have to help bring this project to the world!”

Why did you choose Iran for the setting? Was it a personal connection?

Fleming: It’s a long story. This started 20 years ago when I was in Germany at an international artist’s residency. I became interested in stories of diaspora, it was a German story I was interested in telling then. When I moved to Vancouver, I became involved in the Iranian diaspora. I had a Persian boyfriend, he was Sufi, and we happened to meet because of Hafez. I was making this big life decision and he would be like, “Oh, have you consulted Hafez?” I did not realize how much I would have to consult Hafez! [Laughs]

I was hearing all the same stories about diaspora from the Persian community. I knew nothing about that world, and I learned about their deep history of poetry. So I made Rosie half-Chinese and half-Persian. Poetry is such a relevant living part of both those cultures. You’ve got voices from a thousand years ago that people are still reading today. This is a film about building bridges between cultures and generations, these people with the same sense of longing, loss, and love.

Sandra, you also have a connection to Hafez, right?

Oh: I have a nice little creative collective in Los Angeles. We usually end the ritual by taking one of these books of poetry, you just open it and read it to the group... you open yourself up to the universe, his words come, and it will always fit somewhere. 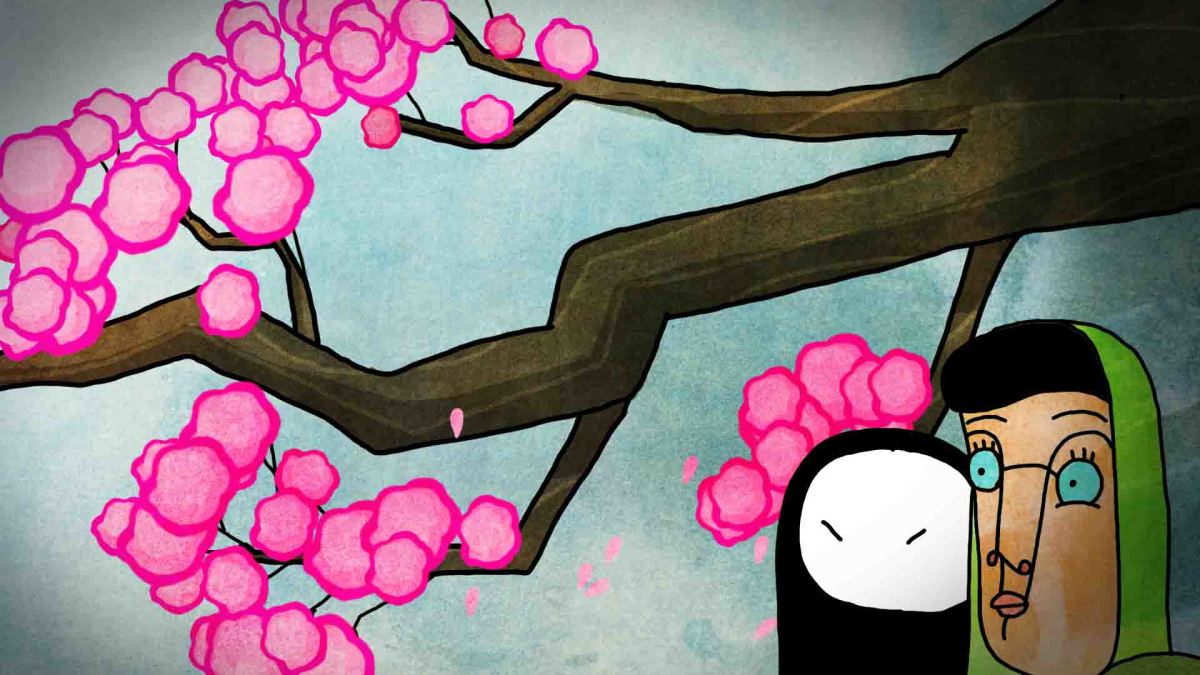 I love that this is a classic coming-of-age tale, but it’s also about the process of discovering yourself as an artist. Did you both relate to this idea?

Fleming: Yes, it’s very autobiographical — but I do film instead of poetry. It’s also a story I can write because I’ve seen so many other points of view.

Fleming: To actually understand and have some compassion, instead of judging them, which I think my younger self would have done.

What was the inspiration for the multiple characters’ personal stories in the film?

Fleming: I’m a mixed-race person: my mother’s Chinese, my father’s Australian, I was born in Japan, and I’m an immigrant to Canada. I never really felt truly Canadian until I went to Germany. Here I am, outside my culture trying to learn another language, and I saw that more than anything else, I was actually a west-coast Canadian. I didn’t realize what my point of view was because I had too many “me’s” looking around me. I’ve always felt like an outsider here. I thought it was interesting that in Toronto I really felt like an outsider as a Chinese immigrant.

I didn’t understand why people do not continue their stories when they move to another place. (Iranian actor) Navid Negahban was so excited when he saw the project. He said, “I really want my daughter to see this because we’ve never talked about these things.” He said that to have someone on the outside care about showing these things was even more powerful.

Oh: Los Angeles has a big Iranian community and many people responded to the film. The actors would say [about their roles], “Yes this is a voice, but it’s also a full character and we don’t get to play these characters.”

Fleming: These are not just Iranian stories, they’re stories of my own family history. I’ve just put them somewhere else.