Behind the music of Childish Gambino, Chance the Rapper, and the films of Ryan Coogler, there is a 33-year-old Swede 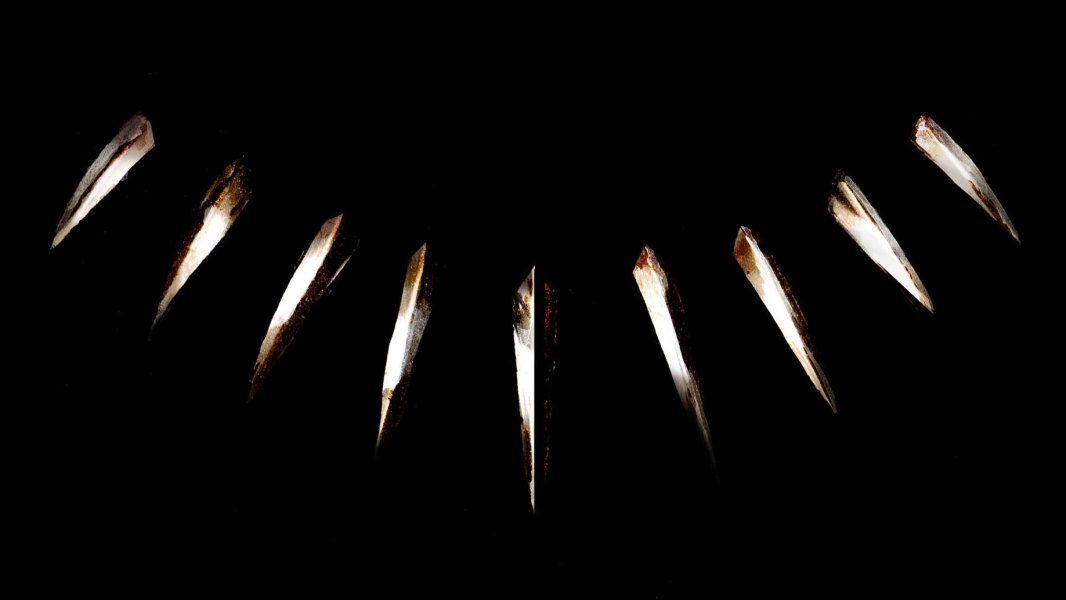 For the most part, film-score composers function much like the music they produce: in the background. A thin adjunct to the muscular visuals of film; an incidental soundtrack to the car chase; swelling strings to accent the reunion of two lovers; some convenient noise to mask the opening of a bottle smuggled into the theatre. But in many cases, a film score can form the foundation of a scene: the premonitory wah-wah pedal as John Shaft emerges from the 42nd Street subway, a salubrious flute signaling the Halflings’ return to the Shire — or, more recently, the frenetic assault of drums as T’Challa and Killmonger fight over the throne of Wakanda.

Ludwig Göransson, the 33-year-old composer behind the Black Panther score, is one of these sonic scene-makers. He recognized both the impact and the potential of music at the early age of seven, in his hometown of Linköping, Sweden, but don’t picture a precocious young Ludwig in tails, poised behind a conductor’s stand, baton in hand. “My dad was a guitar teacher at the local music school,” Göransson says, over the phone from a quick ski break in Salt Lake City last week. “Someone gave him a Metallica album to show him what they wanted to learn. He was at home playing these songs and I opened the door to his practice room and I was like, ‘What is this music?’ It was ‘Enter Sandman’, and I couldn’t believe what I heard. I was like, ‘Dude, this is amazing!’”

A love of Joe Satriani followed, then jazz guitarist Kurt Rosenwinkel — who still tops his list of dream collaborators — before Göransson discovered Danny Elfman in high school. This protean palate has served him well in his work scoring television (Community, New Girl), producing tracks for artists as diverse as Chance the Rapper, Haim, and Childish Gambino. (Göransson has produced all three Gambino albums, including the latest, 2016’s “Awaken, My Love!”, which was nominated for five Grammys, with the track “Redbone” going on to win Best Traditional R&B performance.) 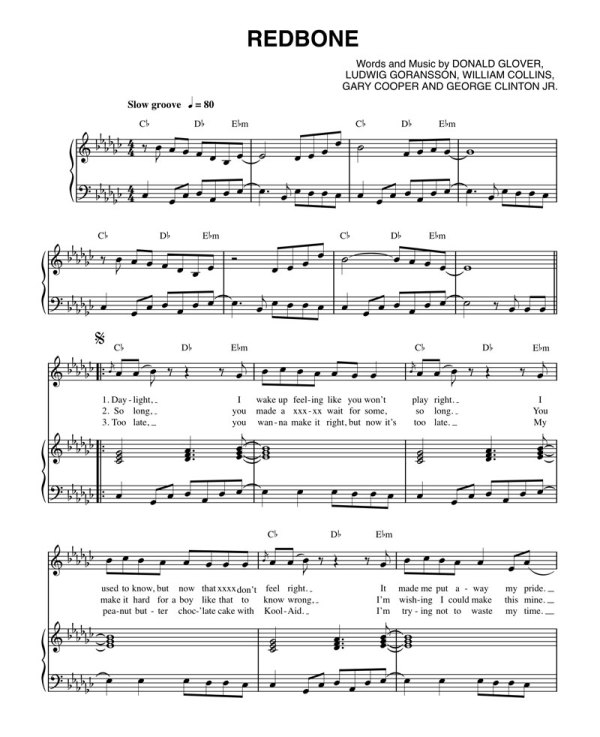 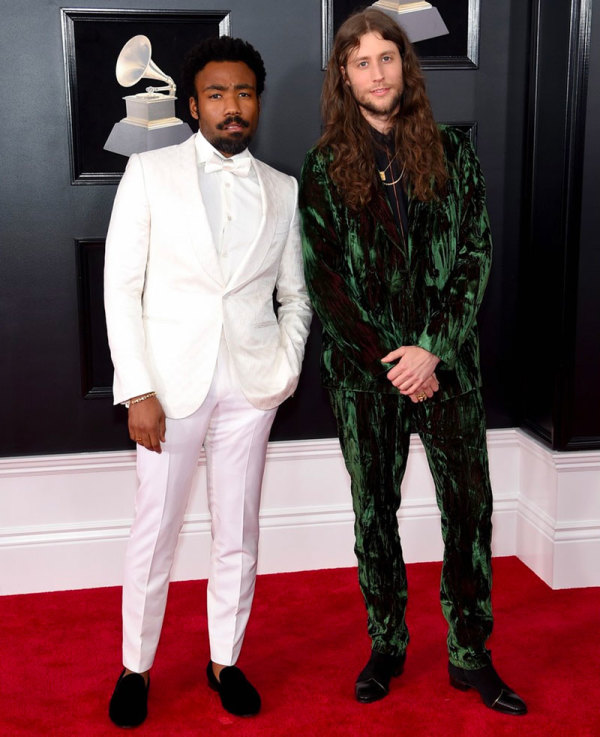 Glover (a.k.a. Childish Gambino) and Göransson at the Grammy Awards.

And, of course, there are his film scores — most notably his stellar collaborations with director Ryan Coogler: Fruitvale Station, Creed, and Black Panther. The two met at USC, where Coogler was studying film and Göransson majored in music. “My first year I [scored] about 20 student films,” Göransson says. “I would always get excited about working on these shorts before I saw them, and then when I did see them it would kind of hit me how difficult it is to make movies, because most of them were just extremely bad. Not bad, but there was just nothing there. When I saw Ryan’s five-minute short, I was immediately struck with a bunch of emotions and thoughts. I could just see from working on that project that this guy is something special.” 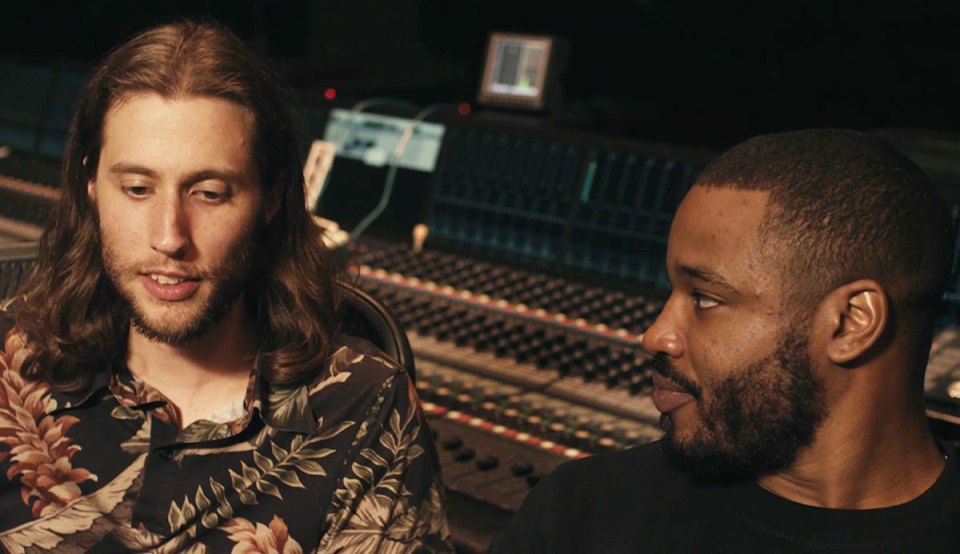 Göransson and Coogler in the recording studio.

Ironically, Göransson didn’t think that Coogler’s first feature, Fruitvale Station, needed music at all. Yet, inspired by Coogler’s desire to include the Bay Area Rapid Transit system itself as a character in the film, Göransson recorded samples of the trains and scattered them artfully throughout the film’s sparse, slow-burning score.

Behind the scenes of Göransson and Coogler's Creed collaboration.

He used a similar technique in their next collaboration, Creed. “I spent a week in the gym with Michael B. Jordan, brought in my whole sound crew, and mic’d him up when he was a work-a-path,” Göransson says. “I took all of these sounds I got from recordings and pitched them up, pitched them down, made them faster, made them softer, made them into music loops, made beats out of them.” For all the composer’s ingenuity, there was no avoiding the influence of Bill Conti, whose indelible original Rocky score has soundtracked countless tourist runs up the Philadelphia Museum of Art’s 72 steps. As Jordan’s character Adonis Creed grew on Göransson, he felt it essential to weave elements of the original theme throughout the film, most unmistakably in the last fight scene as Adonis rises from his corner for the final round.

One of the perks of being tight with the director is getting an early glance at his scripts. In the case of Black Panther, Coogler sent Göransson the very first draft as soon as it was done. This allowed him to prepare for the challenge of a largely unfamiliar musical universe. “After reading the script and creating this world in my head, and then reading the comics and talking to Ryan about his vision, I understood that I needed original material recorded where the movie takes place.”

It was a wise choice, in hindsight, and one that may have helped him avoid the Western musical tradition of awkward forays into a mythic, exoticized “Africa.” 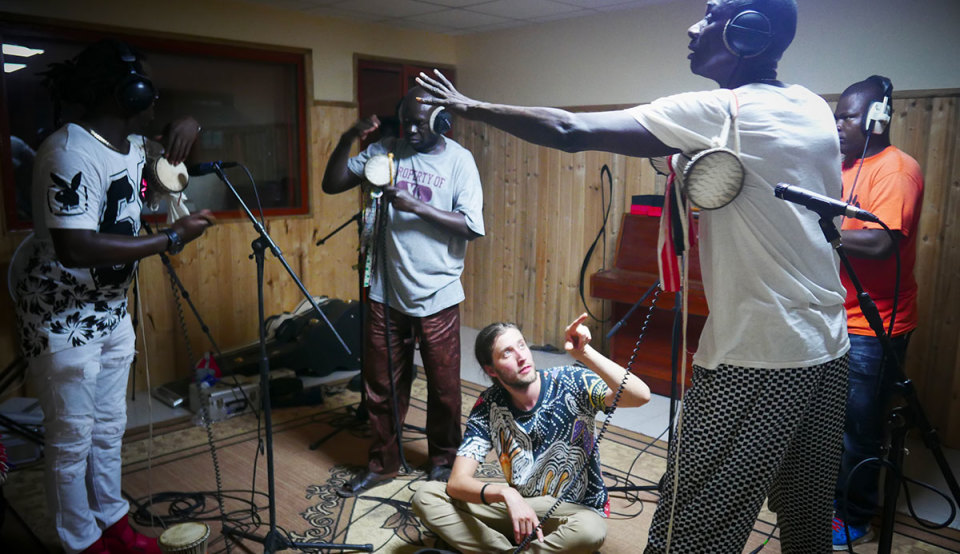 Göransson spent a month in Senegal, where he immersed himself in traditional instruments. Through the famed Senegalese artist Baaba Maal, he was introduced to the talking drum, as much a communication device as a musical instrument. (Squeezing the drum changes its pitch, in effect making the drum “talk,” and relaying messages between villages was its original purpose.) When Göransson asked a drummer to play him T’Challa’s name on the drum, he heard three syllables, or taps, played back to him, each differing in pitch. He immediately knew he’d found the sound of the king, and a cue for scenes featuring T’Challa. 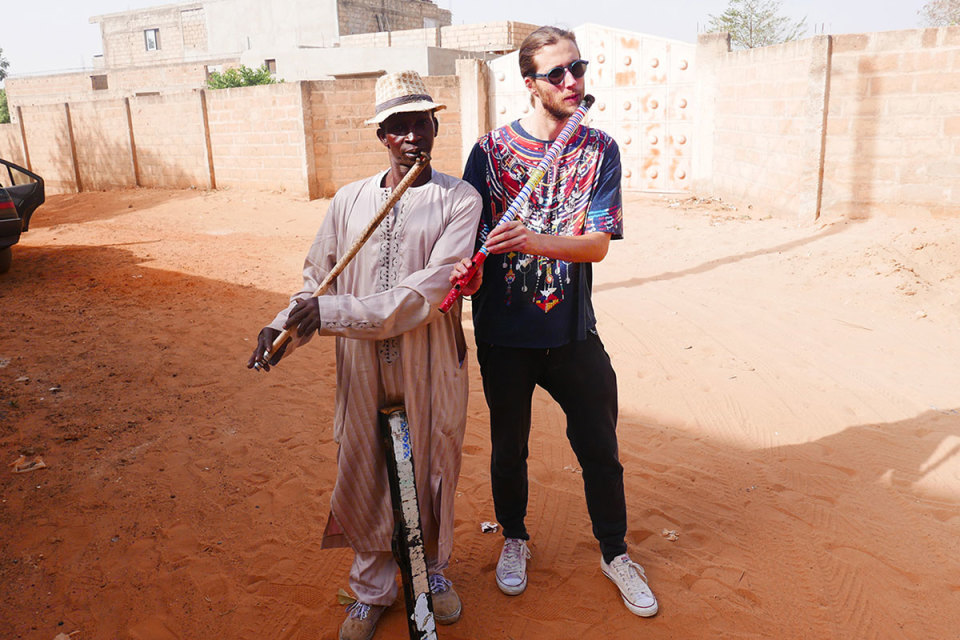 Through another artist, Amadou Ba, Göransson discovered the Fula flute, which became an extension of Erik Killmonger’s character. By way of shouting into, as well as traditionally playing, the flute, Ba created the tense, conflicted sound that captured Killmonger’s essence.

From Senegal, Göransson travelled to Grahamstown, South Africa, spending a week at the International Library of African Music. “They have recordings from the 1920s through to the ’60s,” he says. “A British researcher travelled around to different tribes and recorded all their music and bought their instruments, wrote down what their songs meant, and collected all of this music. So I spent a lot of time learning about that music and I had to rethink how I made music, and rethink the way that I used the orchestra.”

Finally, he flew to London’s Abbey Road Studios, where he recorded with a 92-piece orchestra and a 40-voice choir singing in the South African language of Xhosa, all of which was buffeted by his previous recordings from Africa — not to mention the mixing techniques he honed in his extensive hip-hop production work.

This Metallica-loving, pop-producing longhair from central Sweden turned out to be a most natural choice to score the first comic-book adaptation helmed by an African-American director and featuring a majority African-American cast and which deals as deftly with the Black experience as any film. As of this publication date, Black Panther is the 18th-highest grossing film of all time internationally ($1.1 billion in global receipts, including $570 million in the US).

This massive success, along with Marvel’s historic eagerness to franchise, all raise the question: what have Göransson and Coogler got planned for Black Panther II?

Before the Dora Milaje: The Black female heroes who led the way to *Black Panther*