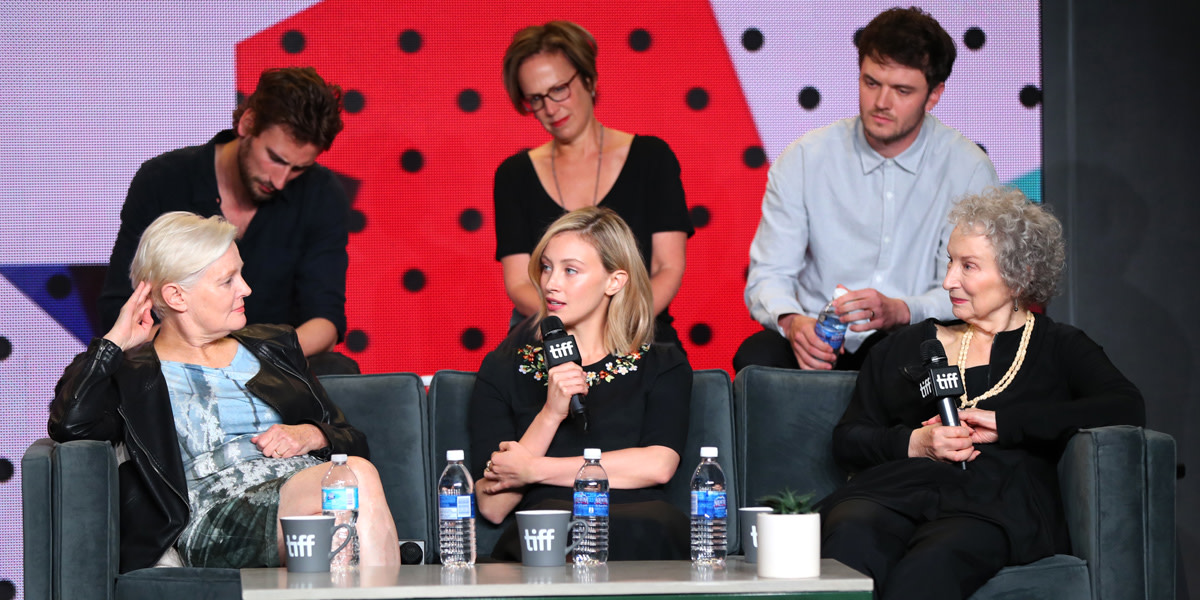 The 2017 Toronto International Film Festival’s press conference schedule ends on a strong note with the female-helmed, female-directed, female-starring, and female-written Canadian production Alias Grace. Based on the 1996 novel by Margaret Atwood, the Netflix miniseries — which will also air on CBC this fall — stars Toronto’s very own Sarah Gadon, was directed by Mary Harron (American Psycho), and was adapted for the screen by Sarah Polley.

Actor Andy Serkis also visited TIFF Bell Lightbox to discuss his directorial debut, Breathe, about the inspiring true love story of Robin and Diana Cavendish (Andrew Garfield and Claire Foy), an adventurous couple who refuse to give up in the face of a devastating disease.

Watch the press conferences for Breathe (10:45am) and Alias Grace (4pm) below:

Alias Grace premieres on Thursday, September 14, at 8:30pm at the Winter Garden Theatre. Tickets can be purchased online, by phone (416.599.TIFF), or in-person. If the screening is sold out, don’t worry — you can still Rush!

Public screenings for Breathe at the Toronto International Film Festival have passed. However, if you loved the films and want to give your friends another opportunity to catch them at TIFF, vote for them to become the Grolsch People's Choice Award winner!