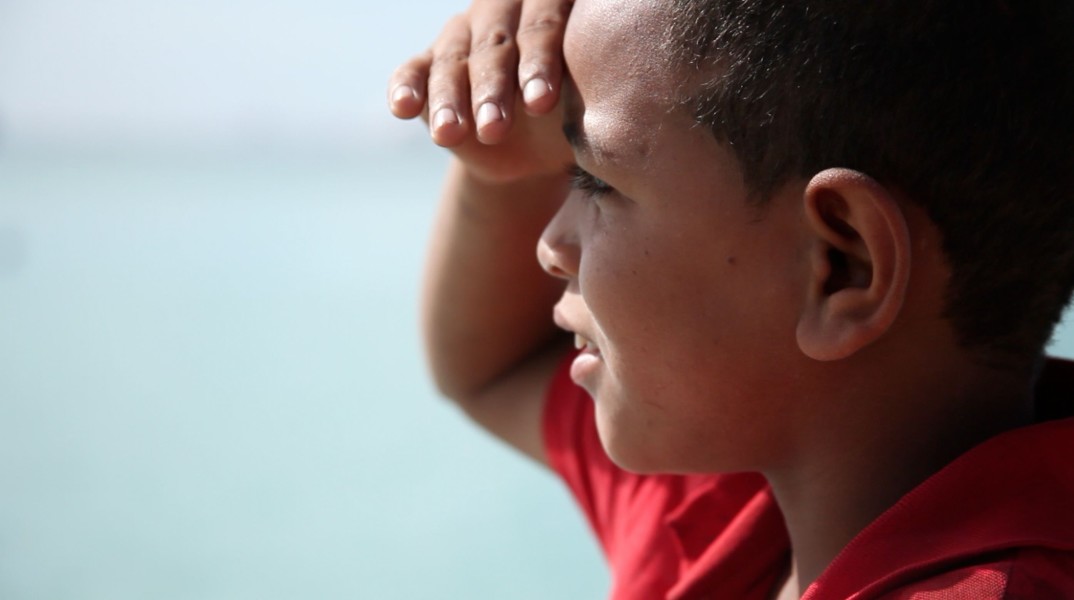 The TIFF Kids '17 Filmmaker Lightning Round

The 20th edition of the TIFF Kids International Film Festival continues at TIFF Bell Lightbox through April 23. To celebrate our second week of smiling faces and sticky floors, we shine a light on the directors behind two of the festival’s most celebrated films, which had their premieres at TIFF ’16. Little Wing, directed by Finnish filmmaker Selma Vilhunen, is a coming-of-age road movie in which a young teenage girl (breakout star Linnea Skog) searches for the real identity of her father. Yanillys Perez’s documentary Jeffrey profiles "Jeffrey" Joselito de la Cruz, a 12-year-old windshield washer in Santo Domingo who dreams of becoming a reggaeton singer.

Where did the idea for Little Wing come from? Was it inspired by your relationships with your family?

Selma Vilhunen: There's elements of my own background in it, but at the same time, the story and characters are a work of fiction. I've always felt that I had a specific story to tell about that situation. I've been writing this film for about 10 years.

Your film deals with issues of mental illness is a really smart way; the neurosis of the mother and the more complicated problems the father had. Was that always part of the script?

SV: It was. To me, the mother was suffering from a tough time in her life, so perhaps she's not always that neurotic. There is this theme of weakness and strength that I carry through the story. I'd been researching how people handle their own weakness, and the weaknesses of people next to them.

__Linnea, how did you meet Selma and get this role? __

Linnea Skog: I have been in a lot of auditions, but I was always too old to play the role. This part came up and I said, "Oh, I'm not going to get it," but my father was like, "Let's try." I met Selma [for] the first time on that audition. There was a third time with auditions for the mother role, then Selma told me that I got the part. I was really happy because I always wanted to be in a movie.

__The character of Varpu really changes the adults around her when she goes on a mission to find her father. Was that always part of the script that she has that kind of impact? __

SV: It wasn't part of the script 10 years ago, but the idea came along when I was polishing the plot. I wanted the woman she meets when she goes on this journey to feel empowered by meeting this wild girl, who is wild in her own subtle way.

__I loved the way you depicted the kind of casual bullying that happens in the stable with the girls who are constantly teasing and prodding Varpu. How did those scenes develop? __

LS: We read the script and thought about the different ways we could do it. We talked a lot with Selma about all the scenes we did. Selma wanted to separately talk with those actors who were bullying me in the movie. We trained.

SV: What was really special about all the young people in the film is that they didn't know each other. I encouraged them to create this sense of being a group of friends, a community. Now these young people, even the ones who aren't in the same scenes, have a WhatsApp group and they still text each other. We included everyone in almost every rehearsal and everyone was paid equally, even if someone had a really small role in the stables. They are really a close group of friends today. This was something that really helped — they became close friends and supported each other in the acting.

Jeffrey is such a memorable character. How did you first discover him?

Yannilys Perez: I had wanted to do a film about a kid that has an adult life, who works on the street, but still has his imagination and a dream. So I actually went to meet those kinds of kids in the Dominican Republic and I met Jeffrey. I loved him from the beginning because he's so charismatic; the way he responds to you is surprising because he's so wise for his age. The next day, he showed me around his neighbourhood and I met his family. He showed me a tree and said, “I love coming here, but that tree walks at night."

That's when I said, "this is the kid." He was working on the streets, had an adult life, but still had an imagination. Later, he told me that he does reggaeton and I didn't actually believe him. Then he started dancing with his brother, doing some of the songs that they wrote. I said, "That's the story. I'm going to follow Jeffrey everyday." And I did that for four years, following him in his daily life and also his dream to become a reggaeton singer.

How did you build that dynamic and trust between you and Jeffrey?

YP: As soon as he showed me the tree and his family, I took my phone and started filming him to see his reaction. I noticed he was so natural and said, "Do you see what you did? You didn't look at the camera. I'm going to come here every day with cameras and I'm going to follow you, but you won't look at the camera and you're going to be yourself." And he said, "Yes, of course, I know how it works," because he pretends he knows everything.

We arrived at Jeffrey's place with the cameras. Sometimes they were on, sometimes we'd just get out of the car and wait because Jeffrey wasn't home and he didn't have a phone. The family would just follow along. Jeffrey was actually the one sometimes saying to the kids or to the family, "Don't look at the camera." That's how we created that dynamic.

For boys like Jeffrey, how does the internet influence their dreams in thinking about what kinds of lives they want to have? In terms of music or trying to be famous, where are they getting those ideas from?

YP: Social media and TV are selling those dreams to those kids. That's why every kid in the Dominican wants to be a reggaeton singer or a baseball player — it’s a way to get out of poverty. At the same time, it doesn't help them to get out of their current situation, which is that they're working on the streets. Jeffrey has been working on the streets, washing windshields, since he was six years old. Everyone is ignoring the situation, instead of trying to do something about it.

The film weaves documentary and narrative elements together. How did you approach this?

YP: I knew I wanted to do a film that brought the audience into Jeffrey's life. That's the magic of cinema; you sit down to see a movie, and let yourself go. At the same time, I didn't want to lose the reality of Jeffrey's life because that was the main point of doing this film. I guess this is how the documentary and the fiction elements combined because I didn't want to do a documentary in a classic way. I wanted to make people dream with Jeffrey, so I wanted to play around with the camera and with him.

What's next for Jeffrey?

YP: That's a good question. I hope he's going to start school, so I'm working on putting him in in a school so he can learn to write and read. He's very intelligent and he should be helped. Another idea I have is that maybe I can use him in one of my films, so he can see if he likes acting, or doing something behind the camera. I'm going to see what happens with his music. People have been asking after the screenings if his music is on iTunes. We will see what happens with Jeffrey in 10 or 20 years. I will be thinking about it too.