Listen in on the secrets of Hollywood composers

Say "oh, hi..." to the musicians behind the TIFF '17 titles The Disaster Artist, Mary Shelley, and Downrange 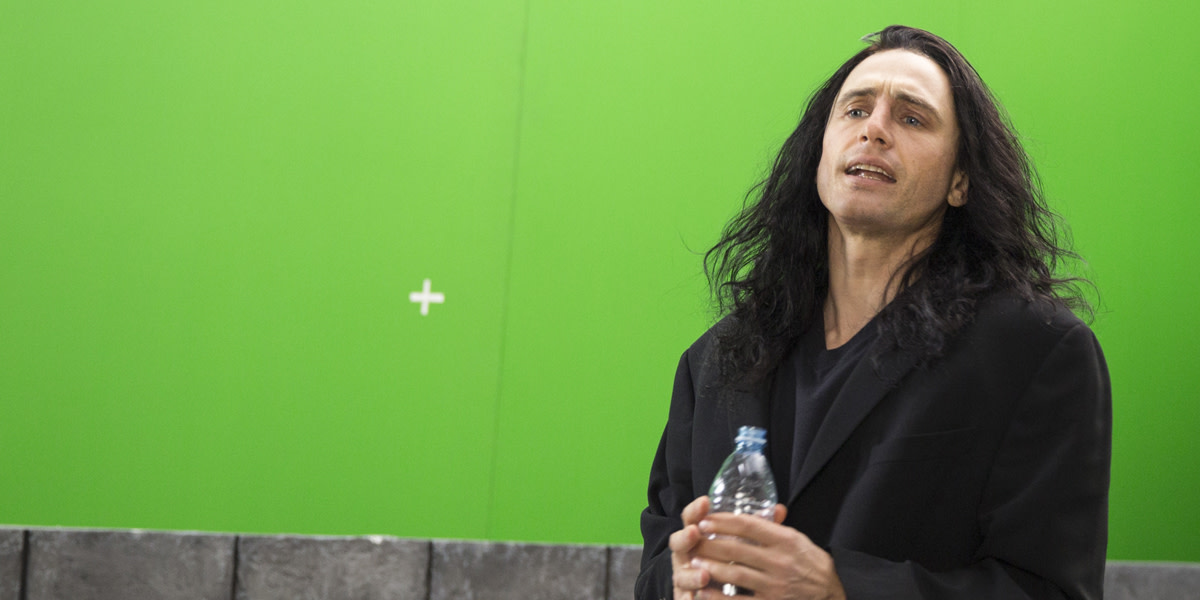 During TIFF ’17, The Review sat down with three composers behind three very different Festival titles: Mary Shelley, a biopic on the legendary Frankenstein author; Downrange, a bloody genre thriller about a mysterious roadside sniper preying on a group of stranded college students; and The Disaster Artist, the James Franco–led comedy about the making of Tommy Wiseau’s The Room.

Amelia Warner: People often get so embarrassed talking about music when they're not musicians. They think it's this impenetrable thing. As a composer, I find the most visceral responses are actually the best. On Mary Shelley, there was this cue that wasn't landing; we couldn't quite find the right thing. I was trying to interpret what the director and producers were saying and I was getting it wrong, to the point where it just went on and on. Eventually, one producer said, "I just need to feel it in my tummy.” She immediately apologized for what she felt was a simple, stupid note, but suddenly I knew how to fix it. Sometimes, a person’s childlike or instinctual response to music is best. By the way, to make her feel it in her tummy, I just added brass. And a drum.

The cast of the TIFF '17 title Mary Shelley, composed by Amelia Warner.

Dave Porter: With James [Franco] and, actually, a lot of the people I work with — they act, they direct, they edit, but the one part they're not comfortable talking about is the music. Making [filmmakers] feel comfortable is more than half our job. I often try to talk in visuals: colours, moods. Hopefully, you find your way before someone gets frustrated because so much of composing music like dating. You're feeling each other out, making little moves here and there. Will he or she go for this? Will they go for that? You throw some things against the wall to see what sticks, and while you're doing that, you're building a vocabulary, a means of expression to lead everyone down the right path. You want to create a lasting relationship, one that deepens over time. One hopes.

Amelia: It can be a mixed bag. It’s frustrating when a director falls in love with a particular piece of music first. You need really good guidance, just to understand what it is they need from each cue. On Mary Shelley, there was an Agnes Obel song they were using at the beginning. It worked really, really well. That became my biggest challenge — trying to create something with the energy of a contemporary song, but that was score.

Aldo: It's up to a composer to break the marriage the director has with the [temp track]. At the same time, anything goes. If it serves the picture, it's their vision we're serving.

Dave: So many creative decisions get made before us composers get involved. Actors make decisions, cinematographers make all kinds of decisions, and the culmination of all those decisions leads us down a path. The best we can do is try to follow it and instill our own instincts.

Take a tour of Dave Porter's studio via Billboard.

Amelia: It's interesting when a score has to function beyond how someone wants it to sound, or hitting an emotion. When it’s someone saying, "This scene actually needs to play faster," or a  reaction shot they didn't get. There’s so many reasons why a scene might need score.

Aldo: The first week is terrifying. That white, blank canvas in front of you... I find the process of execution actually very simple, but first you have to come up with an idea to elevate whatever footage is in front of you.

Dave Porter: I did the theme song for Breaking Bad. How would I describe the process? Arduous. We probably tried at least a dozen attempts before we came to the right one. A theme song for a television show is something you have to establish very early on because it’s something that could be around for years, if you're lucky.

Amelia: There's definitely a big trend to go against manipulating, or too obviously directing an audience. Now, it’s about moving an audience without necessarily telling them what to think or feel, trying to be delicate, or go against what would've been done before.

As a composer, you have an instinct of how you hear the music in your head.... It’s a very intangible, textural idea that comes from the picture and the visuals. For me, a score comes down to a feeling.

Behind the scenes of Downrange, composed by Aldo Shllaku.

We asked Amelia, Aldo, and Dave for their listening recommendations.

React to The Review:

We believe a powerful film or work of art — or, uh, email newsletter — should generate a reaction. Got something to say? Send us a letter.

RE: ISSUE 57
STARS ARE ETERNAL
Your edition of The Review written by Nelson George was wonderful. His associations with the five actors he highlighted gave me a sense of the history of Black actors in film. He certainly covered most of my favourites and I would like to learn more. Thank you for featuring him.
— Margaret D.

RE: ISSUE 57
DIVERSITY IS OUR STRENGTH
This issue took me back to my childhood and a walk down memory lane! Oh, how I admired these actors and their talent. To see the focus today on multiracial films, theatre, and television tells me that Canada is marching forward towards a world of inclusion and celebration of our diversity. We can be the change we want to see in the world through the creative arts. Go TIFF go!
— Anne E.

RE: ISSUE 57
WINTER IS COMING
I really enjoyed this piece and hope to include these movies on my winter viewing list. Details like a 10,000-watt smile, a face that shone like a moon, a mother is raising a child in a Black community who looked to Sidney Poitier as inspiration all resonated with me.
— Donna K.