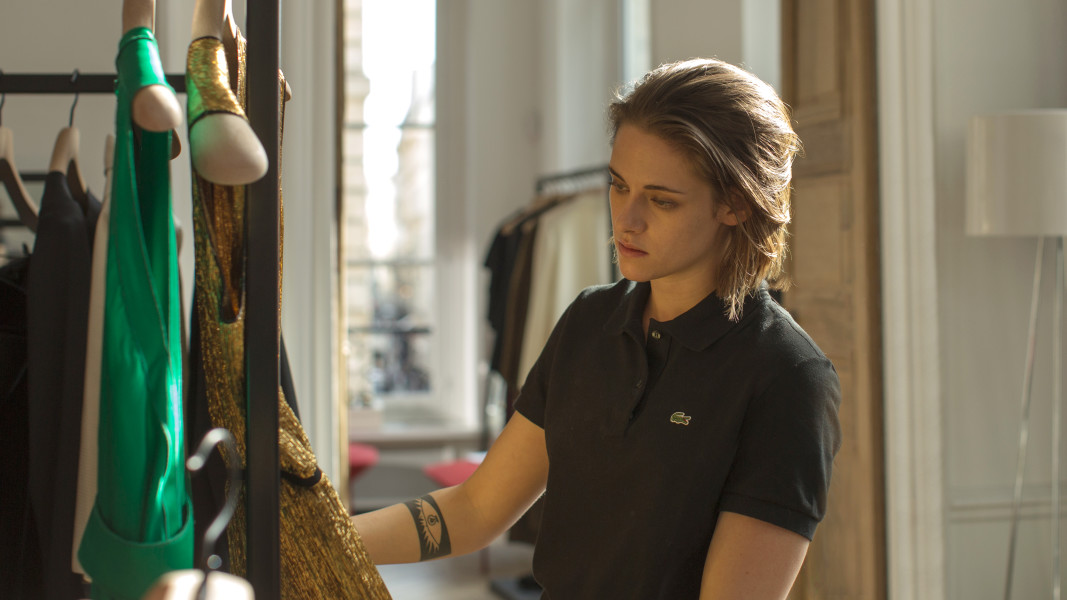 The Normalization of Kristen Stewart

Personal Shopper, her second collaboration with French filmmaker Olivier Assayas, realizes her layered potential to craft her best performance yet

There are few things more compelling on screen right now than Kristen Stewart playing a normal person. After the actor's star-making role as Bella in the Twilight franchise, a character with perhaps the greatest absence of personal agency in teen-romance history, it took a tabloid scandal (and the formation of a badass public persona) for the actor to obtain better roles. This year, in Olivier Assayas’ Personal Shopper (the final film in TIFF's summer retrospective on the filmmaker) and in Kelly Reichardt’s Certain Women, she’s come into her own playing characters with deliberately unglamorous occupations — respectively, a clothing buyer for a celebrity, and law student faced with an absurdly long commute to her depressing side gig as a community-college instructor. You only have to look at her in Certain Women cutting a bad diner hamburger in two, bathed in fluorescent lighting, to think: “let me watch you do your taxes.”

In Personal Shopper, Assayas normalizes one of the most intriguing actors in Hollywood to create an emotionally complex, supernatural, and quasi-erotic thriller. It’s Stewart’s second movie with the filmmaker: she also played an assistant, to Juliette Binoche’s famous French actress, in 2014’s Clouds of Sils Maria. With that first collaboration, Stewart created a young woman who was talky, competent, and secure in who she was. Clad in oversized glasses and a practical American Apparel hoodie, her character, Valentine, was good at her job and knew her boundaries. Her very cerebrality (the film is one long conversation about acting between two smart women) was sexy — a big brain in place of Bella’s fluttering eyelids. When Valentine goes missing in the final act, Stewart’s absence from the film aches like a bruise. 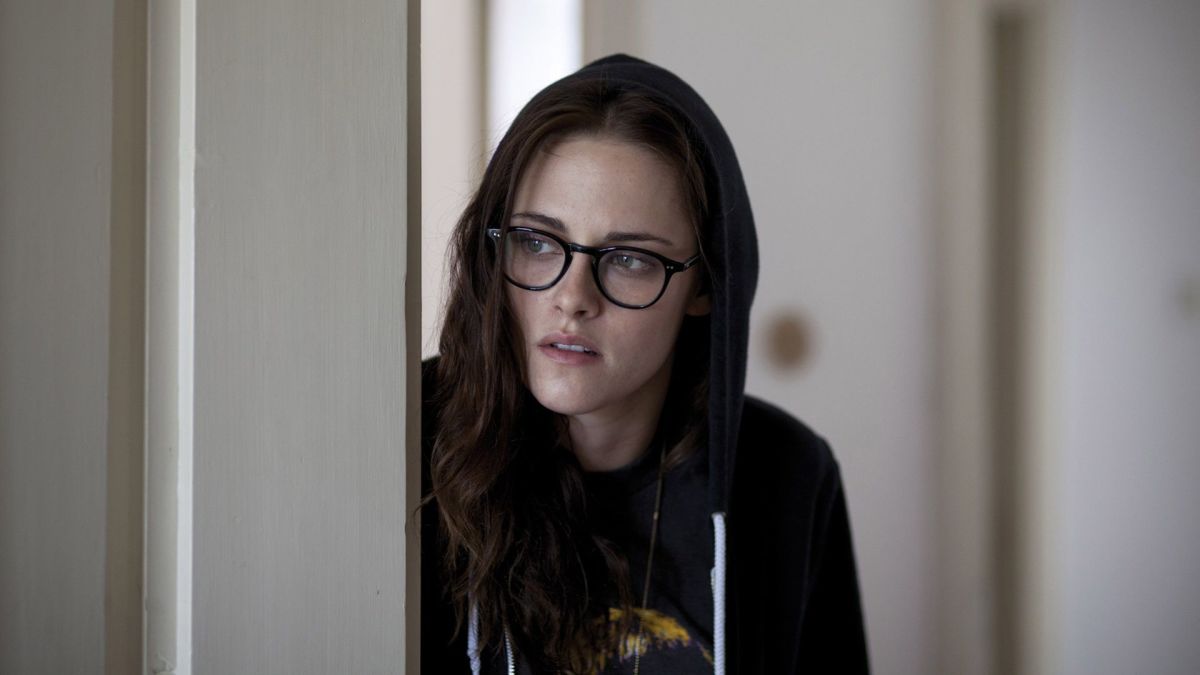 Here, she gets a vehicle all her own as Maureen, a blasé hipster whose day job involves purchasing luxury items for a movie star too famous to shop in public (much like Stewart herself). When she isn’t begging her boss to return the leather pants she borrowed from Chanel, she’s trying to contact the spirit world — specifically her twin brother, Lewis, who died suddenly at age 27 due to a heart defect Maureen shares. (Their age may be a sly reference to “27 Club” members like Amy Winehouse, Kurt Cobain, and Janis Joplin, et al., as Assayas embraces the tattooed, chain-smoking, tousled-lob side of Stewart’s rock-star persona.) The siblings had apparently struck a bargain: whoever dies first will send the other a sign from the afterlife.

Life for Maureen, an American in Paris without close friends or family, is one long shlep. We see her boarding a train with her passport clenched between her teeth, carrying far too many heavy things. She picks out a dress for her boss to wear. (“She needs boots,” she instructs a shopkeeper. “She’s gonna need something flashier for the amFAR gala.”) Later, on the subway, she texts what might be the apparition of her recently deceased twin — literally: “R U dead or alive?” As she stares at those three dots on her iPhone, waiting for a reply, the term “ghosting” has never seemed so appropriate.

“It’s extremely difficult to find a portal into the spirit world,” she complains to her late brother’s girlfriend as she slides a toothpick into her mouth. Though she assesses haute couture for a living, Maureen wears dark jeans, knit toques, and oversized knit sweaters like some normcore Frank + Oak model. She declines frequent offers to try the designer clothes on, though she clearly desires them. By day, she pulls Cartier wristlets and does returns, travelling on a motor scooter through Parisian side streets (shades of Assayas’ 1996 film Irma Vep). By night, she paces through the rooms of the ghostly mansion where her brother died. The home is comically spooky — every step is a creak in the floorboards, every gust of wind a hopeful prophecy that her brother’s ghost lingers on.

When a tap begins to run on its own, Maureen implores Lewis: “I need more from you.” Later she recounts to a friend on Skype: “There was... a presence... I felt... something. It was just keeping its distance.” The weighted pause in Stewart’s delivery, the ambiguity and the agony as she rakes a hand through her hair, illustrates how enigmatic the actor can be when she gains the freedom to make her own choices in a scene, while playing a role that’s the closest approximation of the “real” K. Stew we’ve seen yet. (Assayas, who called Stewart “the best actress of her generation” in an interview with Screen Daily, claimed he wouldn’t have written the film if he hadn’t known her.) 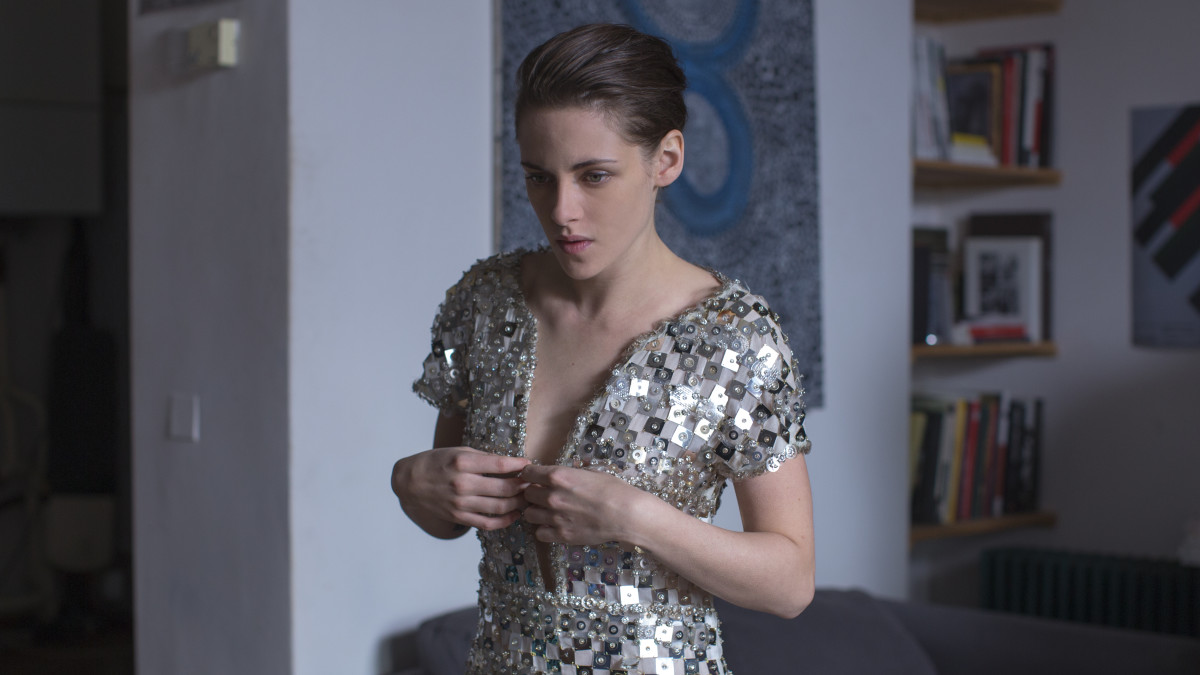 Personal Shopper combines elements of Hitchcock’s thrillers, Rohmer’s dialogue, The Bling Ring’s clothing fetish, and Paranormal Activity’s paranormal activity into a character study masquerading as an art-house genre film. It’s an at times campy and amusing movie (Maureen watches a reenactment of a Victorian-era séance as she searches for “medium” tutorials on YouTube) that’s also shrewd and decisive in its approach, shot in a dark, earthy palette with frequent fadeouts between shots and scenes, that same elliptical dot-dot-dot part of its construction. With Assayas, Stewart is given the allowance to take up space, and this new element of physicality gives her performance depth, humour, and sensuality. We see her manspreading and reclining, catlike — like a young Brando — on trains and sofas, rolling a clementine over in her palms, always straddling the line between the emotion bubbling up and the studied blankness on her face. The best shot in the film is of her hunched in front of a mirrored wall in a sad falafel restaurant. She cracks jokes and gets to swear a lot, and it’s a testament, perhaps, to Assayas’ Frenchness that any casual nudity is almost forgettable — it’s that normalized. Stewart’s naturalism doesn’t feel like a method-y attempt at realism either: it’s earned, and grounded by a director who really sees her.

It’s also a film obsessed with appearances — mirrors, surfaces, and reflections. There’s the pearlescent Chanel dress that Stewart surreptitiously slips on and masturbates in. There’s a sliding glass door opening up for no one in a hotel lobby; a water glass dropping onto a hard kitchen floor all by itself. After all, ghosts are like mirrors, portals to another world. (It is customary when you sit shiva that you cover up all the mirrors in your home.) The people you lose become reflections of your past, and losing that hold on who you are can be traumatic, especially when you’re not sure who you want to become. Stewart’s Maureen is dissatisfied with her life and the people in it — the conversations she has with shopkeepers and the movie star’s entourage are as impalpable as any spectre. “I spend my days doing bullshit that doesn’t interest me and it keeps me from what does,” she tells her friend on Skype. That “what does” is another dot-dot-dot yet to be filled in.

When Maureen flirts with danger — trying on her boss’ designer harness, examining herself bare-breasted in the mirror; sinking into her chair and issuing stammered responses during a tense police interrogation, as if in a bad TV procedural; investigating a bloodied handprint on the wall — there’s that old thriller cliché that things aren’t what they seem. And yet, Personal Shopper ignores the usual conventions of the genre for something far more psychologically plausible. Here, Stewart’s only sex scene is with herself. The reveal of the killer’s identity is inconsequential. She doesn’t need to solve the crime, she just needs closure. Early in the film, as she texts with a possible ghost, Maureen explains why she hates horror movies: “a woman runs from a killer and hides.” Assayas’ thriller is finally more interested in the woman and what she’s hiding from… herself.