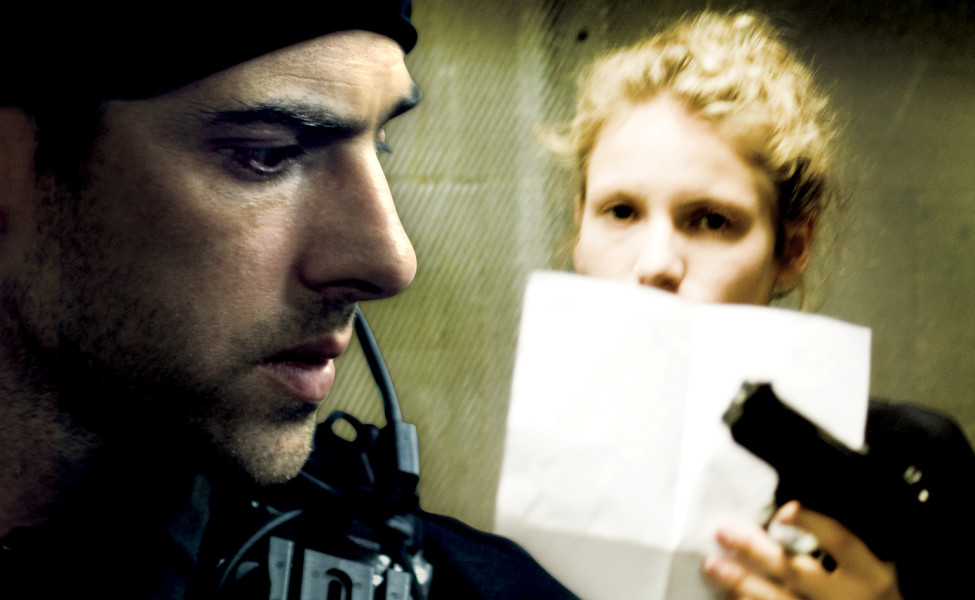 Nadav Lapid joins us for the TIFF Cinematheque retrospective The State of Things: The Films of Nadav Lapid beginning Thursday, August 16.

With only two feature films and a handful of short and medium-length works to his name, Nadav Lapid has already established himself as one of the most exciting young filmmakers in international cinema. Born in Tel Aviv to a scriptwriter and an editor (his mother Era also edits his films), Lapid studied at the esteemed Sam Spiegel Film & Television School in Jerusalem and found early success with his short films, which screened at such prestigious festivals as Cannes, Berlin and Locarno. Exploring such subjects as children’s indoctrination into militaristic ideology (Ammunition Hill) or Israel’s struggle to deal with its opposing political and cultural realities (Road), Lapid’s early films established both the director’s strong formal sense and his focus on his nation’s “hermetic way of looking at the world” — what Lapid has called an “Israeli sickness.”

With his first feature, Policeman — which won the Special Jury Prize at the 2011 Locarno Film Festival and earned the director comparisons to such masters as Fassbinder and Michael Haneke — Lapid deepened his critique of contemporary Israeli society while broadening his thematic range. Intertwining the stories of an elite anti-terrorist squad and a group of idealistic young revolutionaries, Lapid embeds a dialectical debate about morality, loyalty, and the individual vs. the state within the film’s very narrative structure. This masterful fusion of the specific and the universal continued with The Kindergarten Teacher, a semi-autobiographical story about a child prodigy poet and the teacher who tries to protect and nurture his gift in “a world that doesn’t care about poets.” The premise of the director’s upcoming third feature, Synonymes — described as the story of an Israeli man who leaves Israel to become French — indicates once again that the state that Lapid truly wishes to explore is not only national, but also existential.

The Kindergarten Teacher with Nadav Lapid