The Endless Indignity Of I, Daniel Blake 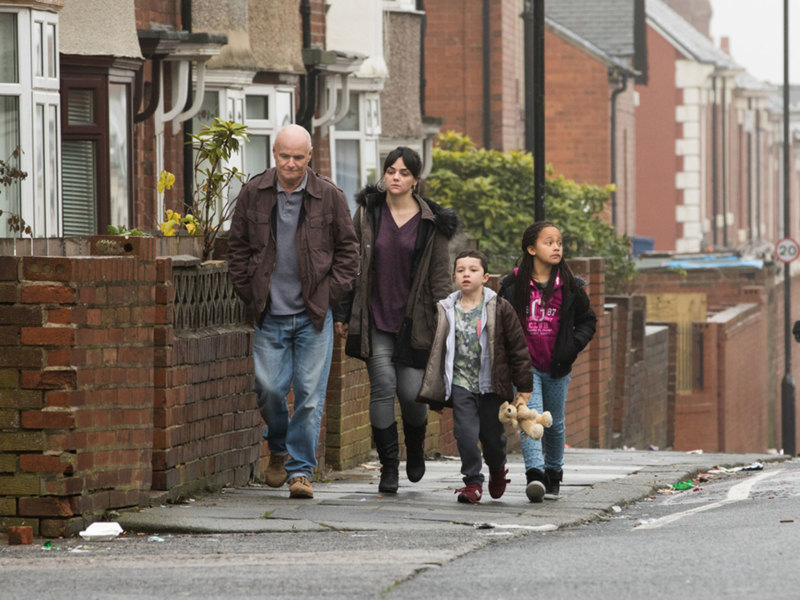 The title of Ken Loach’s new film, I, Daniel Blake (playing at TIFF Bell Lightbox, starting May 26) comes from one of its last scenes, in which a would-be pensioner, who has repeatedly been denied an appeal to claim his benefits, spraypaints on the wall of a government building: “I, Daniel Blake, demand my appeal date before I starve.” There’s a reason Loach that did not make the title any longer than it is — “demand” is an action word and this story is built on inaction. In that sense, it is a story particularly suited to our torpid times, which is no doubt one of the reasons why it was awarded the Palme d’Or (Loach's second, after 2006's The Wind That Shakes the Barley) at Cannes in 2016.

Stand-up comic Dave Johns plays the eponymous 59-year-old carpenter from Newcastle, England, who is unable to work due to heart disease. Nonetheless, Daniel is doomed to circulate through various levels of bureaucracy in an attempt to claim his sickness benefits. Each time this modern Sisyphus appears to get closer to the summit, he is blocked by another unintelligible online form, another mandatory resumé course. One bizarre rule has him applying for a job he must turn down because, in order to qualify for benefits, he must show he is actively seeking work, even though he is unable to actually do any. Daniel shuffles from grey cubicle to grey cubicle demanding humanity, hearing only broken Muzak in response.

I, Daniel Blake arrives 50 years after Loach’s Cathy Come Home told a similar story about a young British couple unable to make ends meet. One of the many differences between the two works is that the latter boasts a verb in its title. Cathy (played so realistically by Carol White that the BBC claimed people would offer her money on the street after it aired) is always returning to a place that is lower on the social ladder than the last. This is movement, yes, but relentlessly downwards. Cathy and her husband, Reg (Ray Brooks) start out in a middle-class abode only to have to move in with their parents, then into council housing, then into a trailer, then into a squat, and finally, into a homeless shelter. All because Cathy can’t work with two kids and Reg can’t work while injured and the conservative government has no room for them.

In I, Daniel Blake, single mother Katie (Hayley Squires) is analogous to Cathy in name as well as character. She and her two young children have had to relocate miles away from their family in London in order to claim the residence the government has allotted them. This new version of Cathy does not have her children taken away, but she does have to sacrifice her soul – forced into sex work after giving up a number of meals so her children can eat. Like the three-legged dog hobbling outside her house, Katie is working with the next-to-nothing she’s got. “The bureaucratic inefficiency is vindictive and hunger is being used as a weapon. People are being forced to look for work that doesn’t exist,” Loach told The Guardian in 2015, adding, “The situation is much worse than in the days of Cathy Come Home, at least then if people had a trade they could have a job for life.” Back then, there was some kind of motion, rather than today’s perpetual feeling of corporate-funded stasis.

Cathy Come Home aired on the BBC in November 1966, as part of a socially conscious anthology series titled The Wednesday Play. Astonishingly (or not, considering the state of television in the ‘60s – two channels, give or take) a quarter of the population of England watched the film’s premiere on the relatively new medium. Greeted with an even newer documentary style, the viewers were jarred into action, throwing their weight behind the newly established homeless charity Shelter, kicking up such a storm that the reverberations were felt even in parliament. Though in the end the change was minimal, homeless couples could eventually stay together, rather than being sheltered apart. Still, according to Loach in a 2011 BBC interview: “The effects of homelessness and the effects of bad housing are with us and are now worse than ever.” 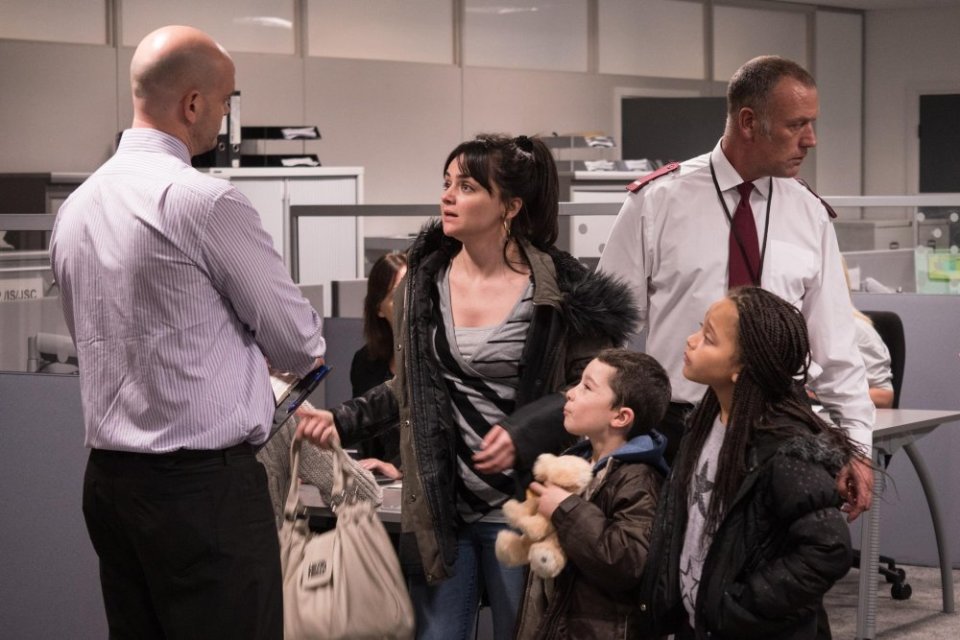 Screenwriter Paul Laverty felt compelled to write I, Daniel Blake following the British government’s recent campaign against the poor. As part of the country’s austerity measures, Prime Minister David Cameron passed the Welfare Reform Act in 2012, which reduced social assistance. At the time, he delivered a controversial speech denouncing the growing number of Brits he claimed were taking advantage of government benefits. “There are few more entrenched problems than our out-of-control welfare system and few more daunting challenges than reforming it,” said Cameron. “It’s about the kind of country we want to be – who we back, who we reward, what we expect of people, the kind of signals we send to the next generation.”

Ken Loach took it as his signal to come out of retirement, a year after the release of what was supposed to be his final film, Jimmy's Hall, a drama about the Irish communist revolutionary Jimmy Gralton. Though I, Daniel Blake was a direct response to Cameron’s policies, Loach claimed that he did not wish for the ex-PM to see the film. “It is not an accident that the poor are punished for their unemployment,” he told The Guardian, adding of the conservative government, “That’s their project, that’s the point, that’s what has to happen because their model of society produces unemployment and if people question that model then they are lost.”

In the end, Daniel Blake is helped not by the system but by his fellow man. Katie returns the support he so graciously offered her when he falls on hard times, while another stranger literally gives Daniel the coat off his back. Now Loach hopes his (final?) Palme D’Or-winning film will influence policy the way Cathy Come Home did in 1966.

“We need social and political change. Democratic control. Production for need, not for profit. Taking care of world resources. Give everyone a life made of dignity and security. And escape the tyranny of big corporations, exploiting the market,” he said at the Locarno Film Festival in 2016. Finally, he added, “it is up to younger generations: they have to make the change.” They have to move.