The A–Z of Ingmar Bergman 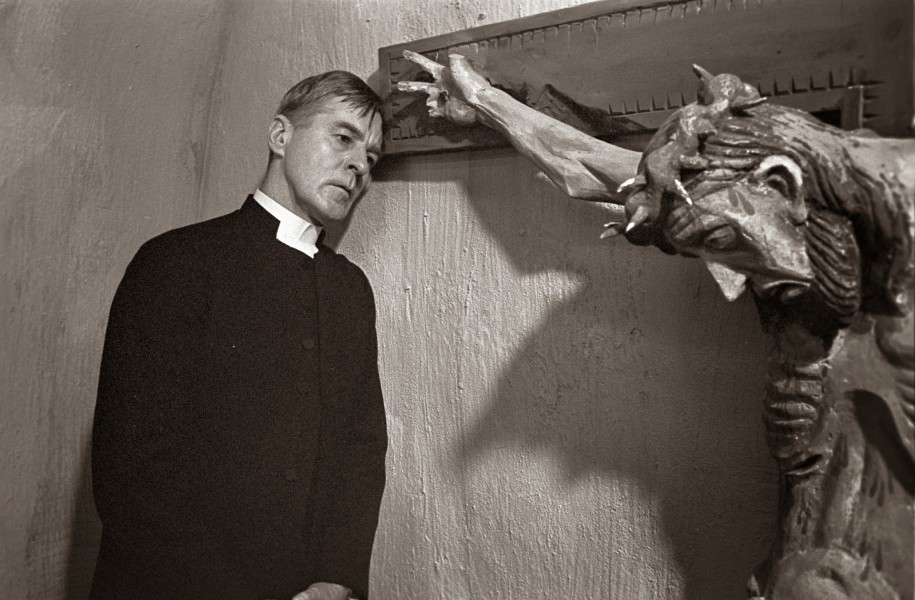 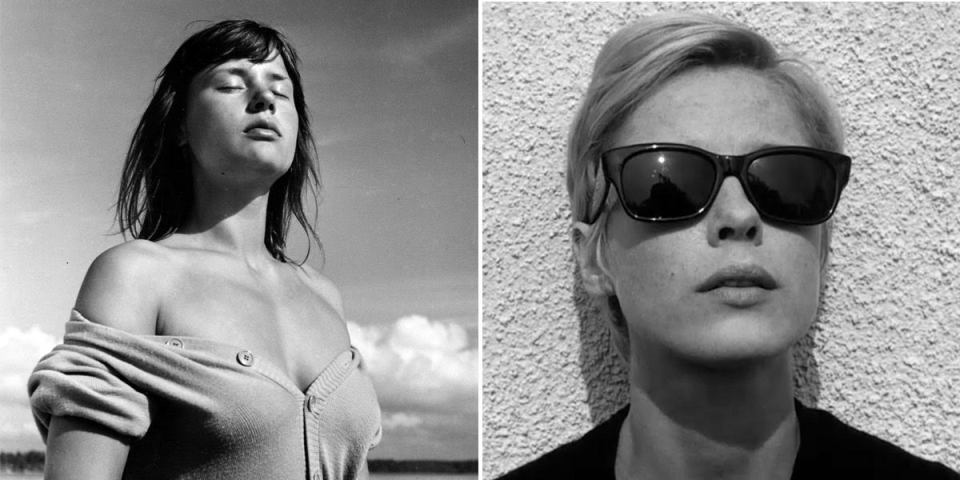 Andersson Though Bergman frequently worked with the same actors (Max von Sydow, Gunnar Björnstrand, and Erland Josephson in particular), his cinema is more associated with “all these women,” including two Anderssons (Bibi and Harriet), Liv Ullmann, Ingrid Thulin, and Eva Dahlbeck.

Bach That Bergman once determined to take a year off to study Bach suggests how crucial the Lutheran composer’s music was to the director’s art and life. Bach’s music inspired some of Bergman’s films (Wild Strawberries derived from a Bach fugue) and turns up in many: a solo cello suite in Through a Glass Darkly and Saraband; a Goldberg variation on harpsichord in The Silence; a partita in Hour of the Wolf, Shame, and The Passion of Anna; a violin concerto in Persona.

Comedy Contrary to the clichéd portrayal of Bergman as the dour Nordic purveyor of unremitting angst, his early cinema features many romps, divertissements, and satires full of sexual innuendo and comic banter, culminating in the Mozartian farce Smiles of a Summer Night.

Dreams No artist relied on dreams so insistently in his art as Bergman, transcribing his own on film or staging nightmares, so that his work offers an inexhaustible Freudian trove for symbol hunters.

Expressionism Bergman’s debt to German Expressionism is readily apparent in such famous sequences as the nightmare sequence in Wild Strawberries (with its ominous hearse, handless clock and watch, and deliquescing strangers) and in the scarlet chambers of self-mutilation (which were designed to evoke the interior of a soul) in the much later Cries and Whispers.

Flashback From A Ship Bound for India through From the Life of the Marionettes, Bergman repeatedly employed flashbacks to suggest both the solace of memory (Wild Strawberries) or the traps of recollection (many films). 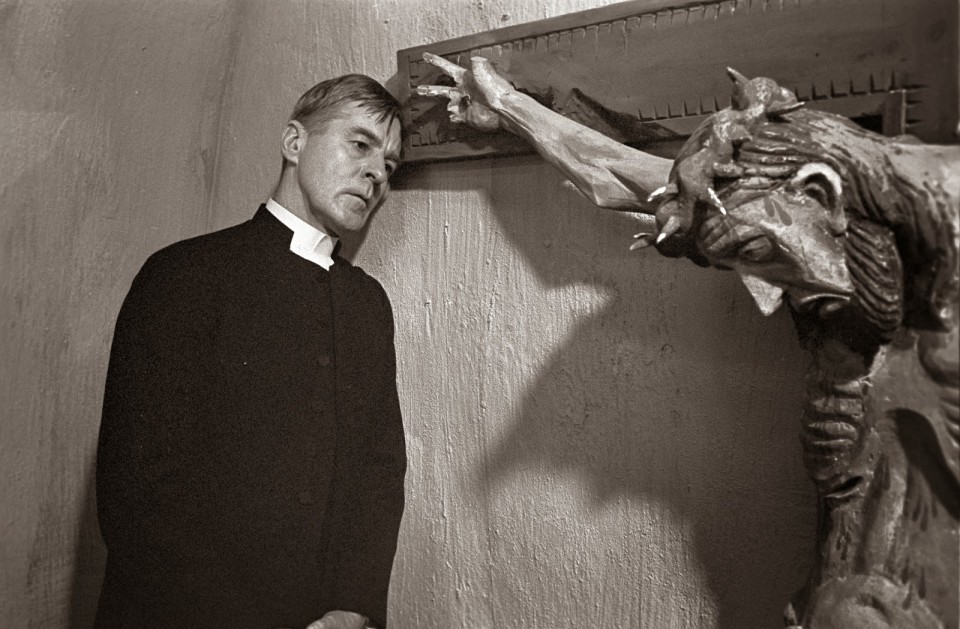 God Bergman’s theological cinema often broaches the (non-)existence of God as a crucial question for his anguished characters, especially in the “Trilogy of Faith,” comprising Through a Glass Darkly, Winter Light, and The Silence. Bergman came to reject what he called his “childish piety” and his “totally naïve idea of what one would call a preternatural salvation” and finally arrived, somewhat like Bresson, at the paradoxical status of a religious atheist. 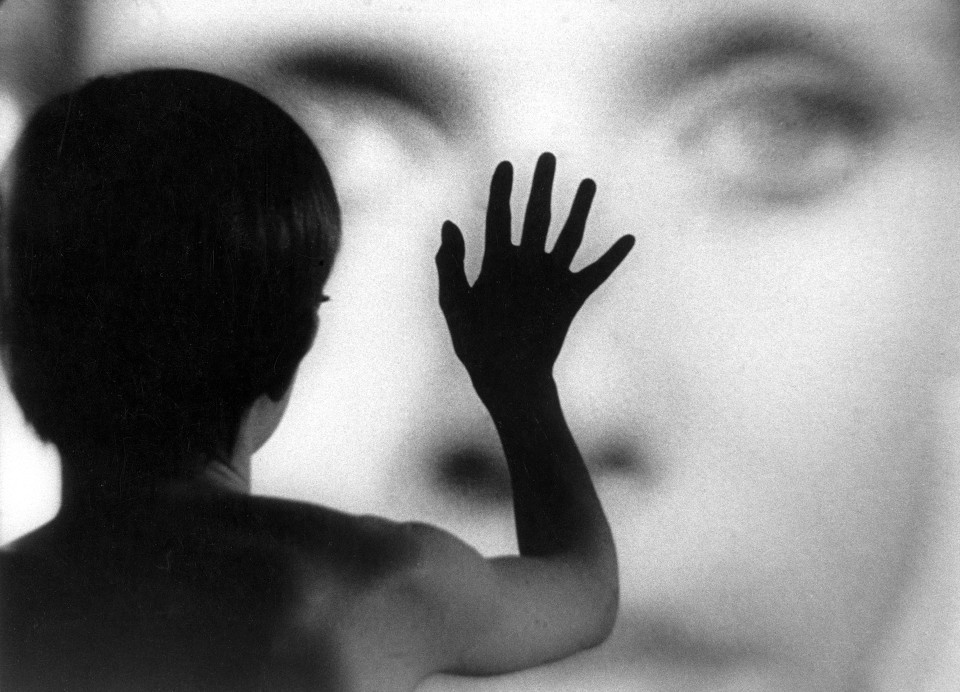 Hands A motif most identified with Robert Bresson (who similarly treated themes of cruelty and iniquity, spiritual anguish, and crises of faith), hands are less isolated and autonomous in Bergman’s frames than they are in Bresson’s. Among the many instances of hands in Bergman — caressing, slapping, injuring the self and others — perhaps the most famous is that of the little boy in round glasses reaching out to touch the screen containing the blurred image of a woman’s face in the prologue of Persona.

Influence The list of directors who have been inspired by Bergman runs to dozens. To take only three notable examples, Woody Allen borrowed Bergman’s stark, black-and-white opening credits and his frequent cinematographer Sven Nykvist for numerous films, remade Smiles of a Summer Night as A Midsummer Night’s Sex Comedy, and tried to out-Bergman Bergman with Interiors; Wes Craven brought The Virgin Spring into exploitation territory with Last House on the Left; and Andrei Tarkovsky used several of Bergman’s cast and crew for his final, Swedish-made film The Sacrifice. 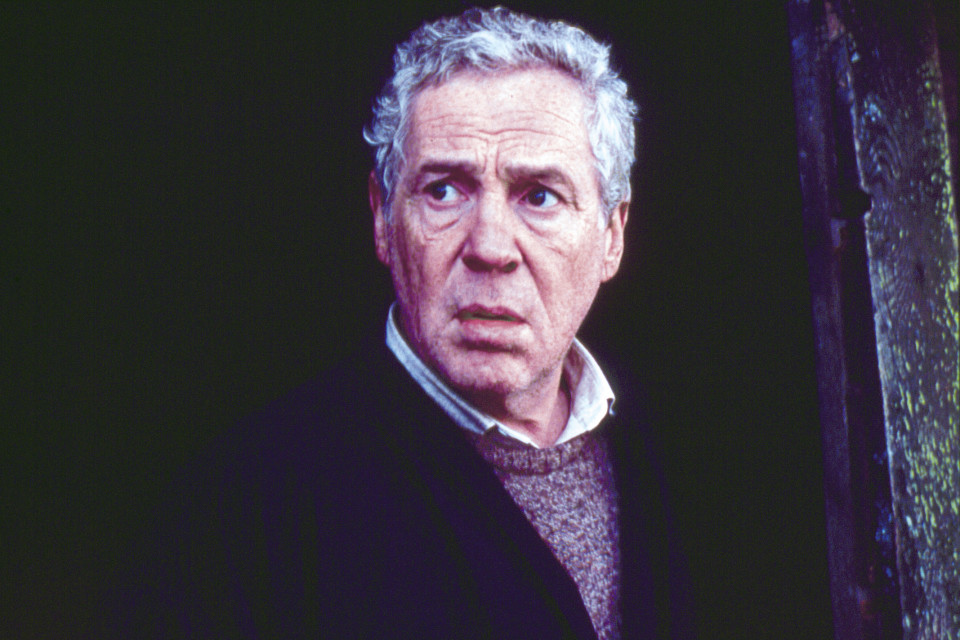 Josephson, Erland The veteran actor became so identified with Bergman’s late cinema that Tarkovsky cast him as the lead of the very Bergmanesque The Sacrifice, which was shot by Bergman’s longtime cinematographer Sven Nykvist.

Karin The name of Bergman’s beloved mother, “Karin” recurs as a character name throughout Bergman’s films, from Harriet Andersson’s schizophrenic young woman in Through a Glass Darkly to the teenaged cellist in the director’s final film, Saraband. If, as Jacques Aumont has claimed, “In Bergman, character names fulfill the same role as images in Fellini or the place names in Proust,” the recurrence of “Karin” suggests another instance of Bergman’s artistic debt to his family life.

Lutheranism Unavoidable in any account of Bergman’s life and art (and rarely were the two more synonymous) is his upbringing as the son of a Lutheran pastor, whose high-church household and severe faith left the director with a legacy of religious doubt that he explored in several films, especially Winter Light.

Music Many of Bergman’s films feature musicians as characters (a blind pianist in Night is my Future, a striving violinist in To Joy, a tormented cellist in Saraband), aspire to a musical structure (Smiles of a Summer Night), or take their inspiration from musical works: Winter Light derived from Stravinsky’s “Symphony of Psalms,” The Silence from Bartók’s “Concerto for Orchestra,” and The Magic Flute is, of course, a direct adaptation of Mozart’s opera.

Nykvist, Sven After the departure of Gunnar Fischer, Bergman acquired a second master cinematographer in Nykvist, who first worked with the director on Sawdust and Tinsel in 1953 and over the next three decades shot close to 20 films for Bergman, winning Oscars for that masterwork of incarnadine agony Cries and Whispers and Fanny and Alexander, which was intended to be Bergman’s final film.

Oscars Bergman was the only director to win the Academy Award for Best Foreign Language Film three times (for The Virgin Spring, Through a Glass Darkly, and Fanny and Alexander), and was nominated for nine other Oscars.

Parody From SCTV and ABBA to The Simpsons and Bill and Ted’s Bogus Journey, Bergman’s films (especially The Seventh Seal) have been mercilessly mocked in popular culture — a different form of flattery from imitation (see Influence, above).

Queer “Explicit references to homosexuality are rare in Bergman,” noted the late gay critic Robin Wood, who singled out perhaps the most notable instance: the homosexual fashion maven Tim (Walter Schmidinger) in From the Life of the Marionettes, whom Wood calls “the most honest, the most self-aware and self-accepting” character in that film, but who inevitably expresses that “gay life is depressing and repulsive.” Tim can be appraised as predatory and self-loathing or as empathic and honest (or all at once), but as one of the lone gay characters in Bergman’s cinema he carries an extraordinary burden of representation.

Ridicule Humiliation, especially of the artist, became a cardinal theme for Bergman, reflecting his acute sense of humanity’s penchant for pettiness and vituperation as well as his sometimes paralyzing fear of critical mockery.

Strindberg, August Though it carries the whiff of myth or apocrypha, it is often reported that Bergman began producing the plays of August Strindberg as a wee child, in his nursery’s puppet theatre. The director claimed that Strindberg was his companion throughout his life, and paid final and fulsome tribute to the playwright in what was intended to be his final film, Fanny and Alexander, by having the grandmother quote liberally Strindberg’s “Note” from A Dream Play, a work that Bergman directed many times on stage and for television.

Trilogy While the trio of Through a Glass Darkly, Winter Light, and The Silence (often referred to as the “Trilogy of Faith”) is Bergman’s most famous trilogy, one can easily discern a second such grouping in Hour of the Wolf, Shame, and The Passion of Anna, all shot on the island of Fårö, all starring Liv Ullmann and Max von Sydow, and all employing a Bach partita.

Ullmann, Liv Director/actress teams form a glorious lineage in the history of cinema, from Griffith/Gish and Pabst/Brooks through Borzage/Sullavan, Sternberg/Dietrich, Mizoguchi/Tanaka, Rossellini/Bergman, Antonioni/Vitti, Godard/Karina, Chabrol/Audran, Fassbinder/Schygulla, and Jarman/Swinton. Supreme among these was the collaboration between Bergman and the actress who became something of his alter ego (and, as a director, artistic surrogate): Liv Ullmann, who was muse to the master, the incarnation of his existential terrors, and, more than any other of Bergman’s beloved performers, the one who seemed to know the secrets of his soul.

In a series of scourging masterpieces made between 1966 and 1978, director and actress worked in uncanny concert, their beings at times as eerily convergent as the two women in Persona. Whether playing a Strindbergian sexual succubus (Cries and Whispers), tightly coiffed martyr (Autumn Sonata), mute isolate (Persona), or deceptively self-possessed professional (Face to Face), Ullmann brought an annealing authenticity to Bergman’s cinema even as she embodied the psychological extremities of his vision. Bergman’s is a cinema of faces (often scrutinized in unforgiving close-ups), and none is more indelible than Ullmann’s, a fleshscape that could imperceptibly shift from girlish delight to Munch-like agony, from bovine composure to diabolical wrath, figuring forth the dread and fear that, for Bergman, always lurked beneath the surface of things. Though increasingly sensual as she aged, Ullmann always showed the skull beneath the skin, the maps and synapses of the wounded psyche. 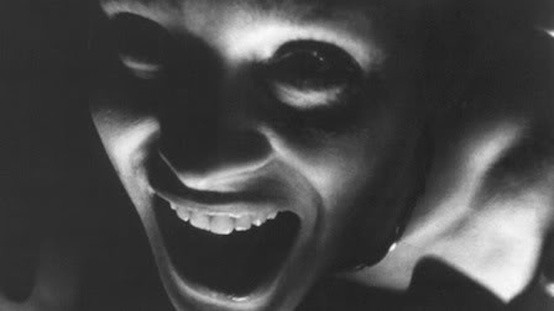 Vampirism Terrence Rafferty called Persona “the most elegant and emotionally acute vampire picture since Carl Dreyer’s enigmatic Vampyr,” and vampirism plays a role both metaphoric and actual in Bergman’s cinema: whether it is his many artists who feed on the experience of others, consuming their subjects’ psychic blood in the process of creation, or those who devour the life force of another under the guise of solicitude. The blood-guzzling becomes real in the Gothic seaside nightmare of Hour of the Wolf, when a little boy savagely and repeatedly bites Max von Sydow. (V might also stand for Vogler, an unusual — in Sweden, at least — surname that recurs frequently in Bergman.)

Widerberg, Bo Ruben Östlund (The Square) revealed that there long were two contending schools of Swedish filmmaking: the partisans of Bergman who went to film school in Stockholm, and those of Bergman’s compatriot Bo Widerberg (most famous for Elvira Madigan), who studied cinema in Gothenburg. (Östlund counts himself among the latter.) More political than Bergman, Widerberg once dismissed the more famous director as irrelevant: “Neither I nor my friends saw very much in him. We didn’t find the issue of God’s existence that damned important. But it’s safe to say you’d be putting yourself in a bad position if you’re trying to slit the throat of the father figure before your own debut.”

X-ray The mirrors that proliferate in Bergman’s mise en scène are frequently so revealing in their relentless inspection, they become instruments akin to what one critic called “X-rays of the soul.”

Yeats, W.B. Robin Wood perceived parallels between Bergman’s art and the poetry of William Butler Yeats, sensing that the director would come to see, like the poet, “there’s more enterprise / in walking dead,” and that Yeats would have admired Shame, which Wood claims places us “50 years further into the future that filled Yeats with such deep dread.” 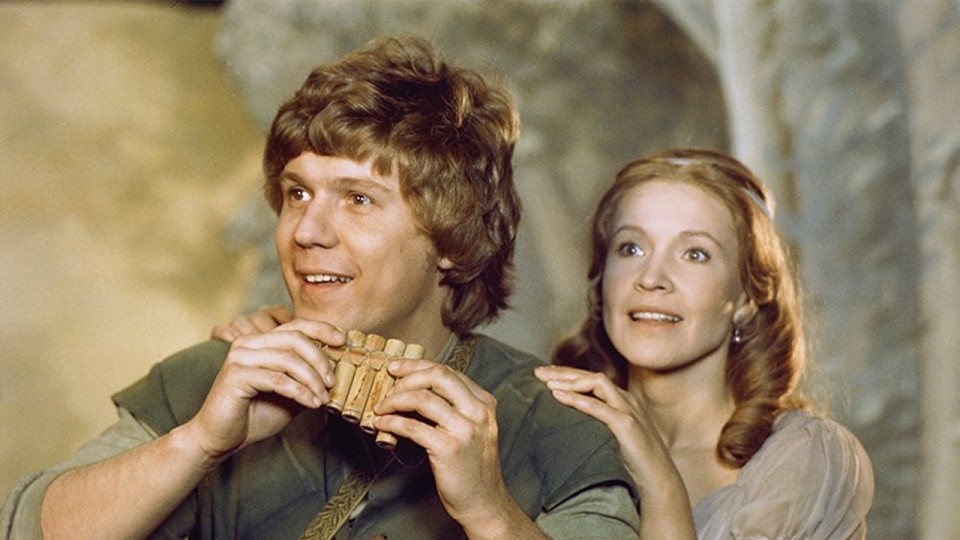 Zauberflöte, Die Bergman’s immense love of Mozart’s music gave the director one of his greatest triumphs in his enthralling filmed version of The Magic Flute (Die Zauberflöte).

Member Meet-ups: Anyssa Neumann on Classical Music in the Films of Ingmar Bergman

Scenes from a Marriage

The Passion of Anna

A Lesson in Love

Through a Glass Darkly with José Teodoro

From the Life of the Marionettes

Night is My Future

It Rains on Our Love

A Ship Bound for India

In the Presence of a Clown