Tangerine Allows Its Characters to Live

Sean Baker’s 2015 indie film Tangerine, shot entirely on an iPhone 5S, frames the meandering path of two trans sex workers. One storms across Los Angeles in search of her trifling boyfriend/pimp, while the other tries her best to skirt the drama. But to speak of Tangerine in any real way, we need to begin with talk of dirty laundry and clasped hands. We need to begin with the end. The only Tangerine spoiler here — calm yourself — is that the film doesn’t end in death.

Kitana Kiki Rodriguez stars in the film as the spitfire, foul-mouthed Sin-Dee Rella and Mya Taylor plays her eternally patient best friend Alexandra. Both performers are Black and trans and living poor. Baker met Taylor outside of an LGBTQ centre in his neighbourhood, where they became fast friends. He told her about his script before eventually offering her one of the two lead parts. With the same high-voltage banter as their characters, Rodriguez and Taylor were the real-life trans women Baker knew his film needed. (Shortly after Tangerine’s release Taylor solidified her acting career when she was signed to ICM Partners.)

Although it is significant that Baker hired actual trans women to perform the same role onscreen (incomprehensibly, this remains a rarity in mainstream film), and equally astonishing that he and his cinematographer Radium Cheung shot the film on a tiny device that fits inside your pocket, the film’s brightest, most burnishing moment comes in its final scene.

After a wild day of stomping around L.A. under the city’s unrelenting sunshine, Sin-Dee and Alexandra sit quietly on a hard bench bolted to the floor of a laundromat in West Hollywood. What began as Sin-Dee’s rampage to find Chester the cheating boyfriend and his “white fish” (white, cis-gendered woman) took a somber turn when she learned that Alexandra had also slept with him. Adding insult to this intimate injury, Sin-Dee — hoping to just make her money and go home — has a cup of urine thrown in her face when she propositions a car of men. The women retreat to the laundromat where Sin-Dee must wring out her shirt, her caramel blonde wig and the transphobia that has been hurled in her face. Simultaneously betrayed by her closest friend and the victim of a hate crime, Sin-Dee sits exhausted, depleted. Finally not on the constant move, Sin-Dee is the still point of the frenetic world of Tangerine, and yet here, she looks fragile for the first time. Sensing this, and the heft of her own contrition, Alexandra takes off her long, glossy wig of hair and hands it to her friend as a peace offering. Not all is instantly resolved, but Alexandra offers a resilient, delicate form of protection when Sin-Dee needs it the most.

For a movie as loud, brash, and visually saturated as Tangerine, this quiet moment is remarkable. Never allowed to loiter anywhere for long, this brief refuge from the world won’t last. But until then, the friends hold each other’s hands, black fingers entwined as the time and quiet stretches into the end credits.

Tangerine is funny as hell. What this laundromat repose captures — especially when coupled with a scene of Alexandra singing the lullaby “Toyland” as winsome as Doris Day — is the range of performance that Rodriguez and Taylor are capable of. They switch between hurling insults to flicking their hips in the direction of the car of a prospective client. They move through their precarious world of volatile economies and catty rivalries with determined confidence — a femininity that has been hard-won. With two trans leads who are strong and charismatic as anything, Baker’s film bucks the trend of popular cinematic trans representation.

Although New Queer Cinema came as a relief to queer communities in the early ‘90s, it arrived as a mournful reaction to the denial of AIDS under Reagan’s administration and the sustained repression of queer life in America. The early films of New Queer Cinema, like Jennie Livingston’s iconic documentary Paris is Burning (1990), and Todd Haynes’ Poison (1991) — a tripartite story of gay love, horror and heroism — provided crucial moving images of gay love, but they also for the most part remained tethered to the film festival circuit and art-house screenings. When New Queer Cinema hit the mainstream with films like Brokeback Mountain (2005) and Milk (2008), it had lost much of its subversive and formally experimental edge. Looking around at the multiplex, you’d think white guys were the only ones oppressed for their sexuality. 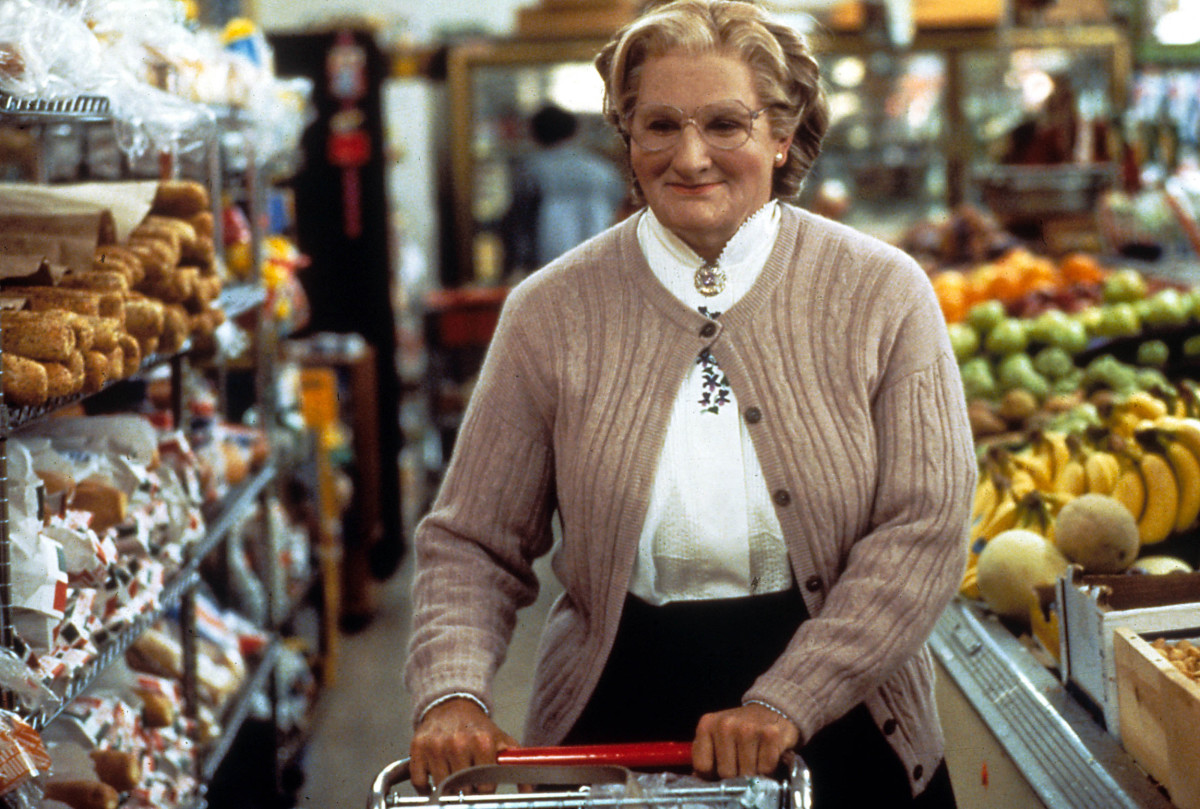 For cinematic depictions of queer and trans folk in popular Hollywood films, most of the time there appears to be only two modes — farcical or fatal. Think of the cabaret flamboyance of Robin Williams in Mrs. Doubtfire (1993), heterosexual ‘80s heartthrob Patrick Swayze as Priscilla, the garish Queen of the Desert in Stephen Elliot’s 1994 road trip movie and the characters in the drag extravaganza To Wong Foo, Thanks For Everything, Julie Nemar (1995). On the fatalistic side of things, audiences gaped at a skeletal Tom Hanks, his character ravaged by AIDS in Philadelphia (1993) and watched as Hilary Swank’s got beaten into a bloody heap in Boys Don’t Cry (1999), to name only a few.

In her essay “Gender is Burning,” Judith Butler calls these movies “release valve” representations. In these films, queerness is celebrated, only to be quelled by the film’s conclusion. It is a problem that needs to be resolved. Heterosexual audiences might like to see Robin Williams wearing women’s clothing (and indulge in their own drag fantasies), but something of the heterosexual masculine — the decidedly not queer — must come by the end. Often, the resolution to the “problem” of queerness and of trans expression is the Hollywood actor taking off his makeup. Or, it is the trans character’s resolute death. Just like how Shakespeare’s comedies all end in marriage as a way of restoring order, queer (and specifically trans) movies nearly always end in death as a way of assuaging straight panic.

Take, for instance, the growing catalogue of fatal trans films, a convention of cinema that takes itself ever more seriously with each straight white man cast in the lead role. Consider Jared Leto as an HIV-positive trans woman (Rayon) who fawns over a conservative cowboy played by Matthew McConaughey in 2013’s Dallas Buyers Club. Stilted in her mannerisms and unsettlingly stoic in the face of AIDS, Rayon is the film’s sacrificial lamb — a death to prepare you for the one that’s going to be much harder to accept. Leto’s performance was so trite, so puckered, that he really won an Oscar for shrinking his frame to that of a knobby waif. Leto even hired Terry Richardson to photograph his emaciation and his transformation back to heterosexual male. A similar unveiling and re-symbolizing of gender happened on the red carpet with Swank after her role as Brandon Teena in Boys Don’t Cry. 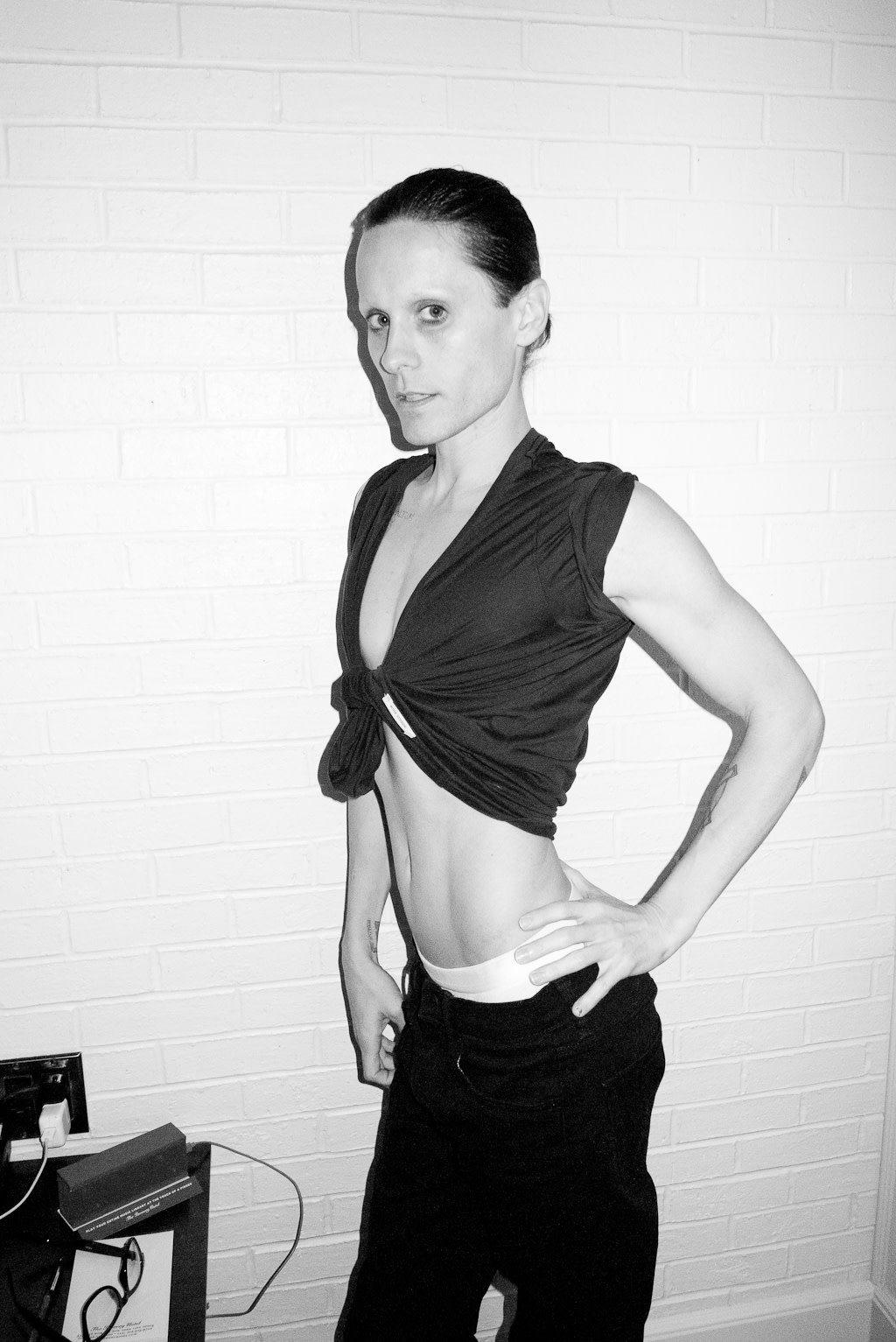 Even more recently, Tom Hooper’s The Danish Girl (2015) gave us a depiction of the trans experience that trips and falls into the absurd. Eddie Redmayne’s portrayal of the painter Lili Elbe makes it seem as though being trans is the same thing as suffering from epilepsy and encountering divine visions. As Lili discovers her sexuality, Redmayne quakes, vibrates and manages to wince demurely like an early 20th century Teresa of Ávila. For The Danish Girl, to be trans is to be on the verge of orgasm at all times. Lili’s inevitable death comes as a reprieve from all the rapturous shaking.

It’s arguable that Hollywood movies like Dallas Buyers Club and The Danish Girl end with the death of their trans subjects because they are based on true stories or loosely inspired by them. The reality is that being trans in America always comes with fear of attack and murder. But the films whose origins are based in reality glorify the death of the trans character to the point of excess. The bruised, beaten and desecrated trans body is such a focal point in mainstream cinema. Rayon’s death, Lili’s death and the brutal killing of Brandon Teena are meant to be somehow poetic, full of gravitas, and yet, they are little more than release valves for Hollywood’s pent-up transphobia. 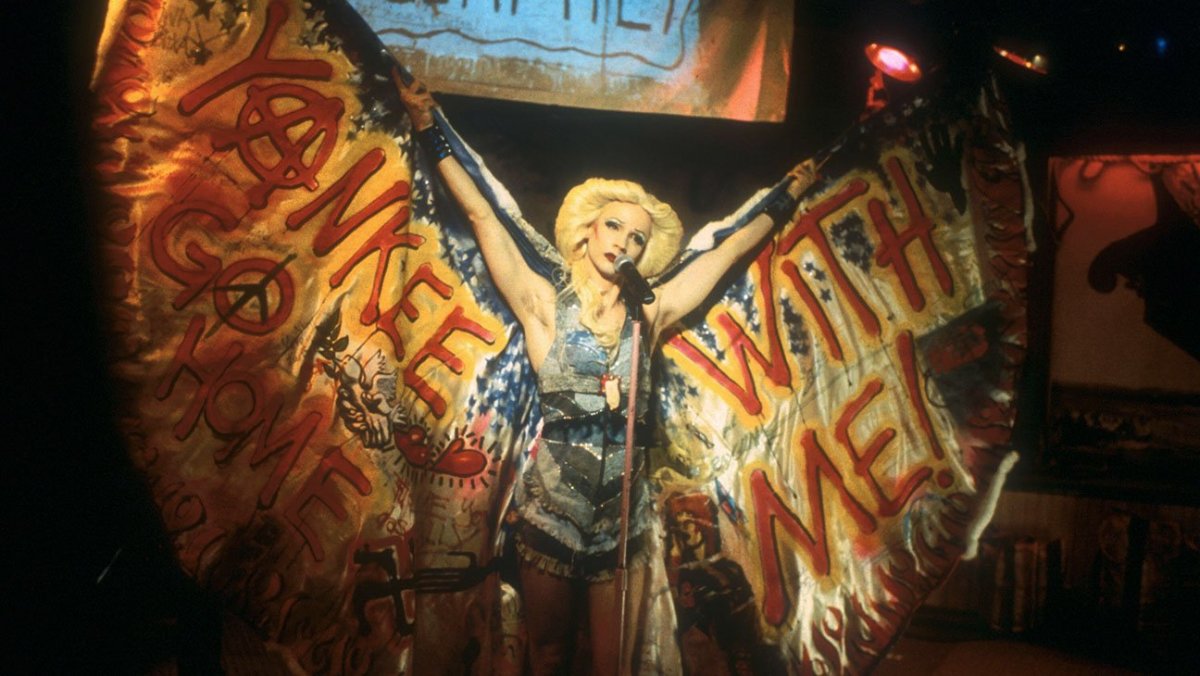 Independent films like Tangerine, punk rock anthem Hedwig and The Angry Inch (2001) and 2005’s Transamerica (where Felicity Huffman played a pre-operative trans man) are happy exceptions to this rule. There are also a slew of new television shows that insist on a more nuanced look at trans love and identity. Whether it is Laverne Cox in Orange is the New Black or Alexandra Billings and Hari Nef on Transparent, it seems as if the smaller the screen and budget, the less beholden the art is to the demands of heterosexual Hollywood. Trans actors can actually play themselves. Fast Company named Transparent creator Jill Soloway “one of their most creative people of 2016.” They said it was “for televising the revolution,” which feels about right.

Transphobia lurks at the edges of Tangerine’s frame, but Baker never allows it to swallow up the narrative, or to detract from Sin-Dee’s hungry revenge. Put differently, Baker simply lets his women live. Together, their onscreen presence and survival nudges queer film toward a new cinematic reality. These characters, played with alternating moments of poise and comedic perfection by Rodriguez and Taylor, grab our hands and pull us up front the laundromat bench, leading us toward the long-awaited revolution. It’s one where transexual protagonists can not only survive, but play themselves, in all of their complexities.