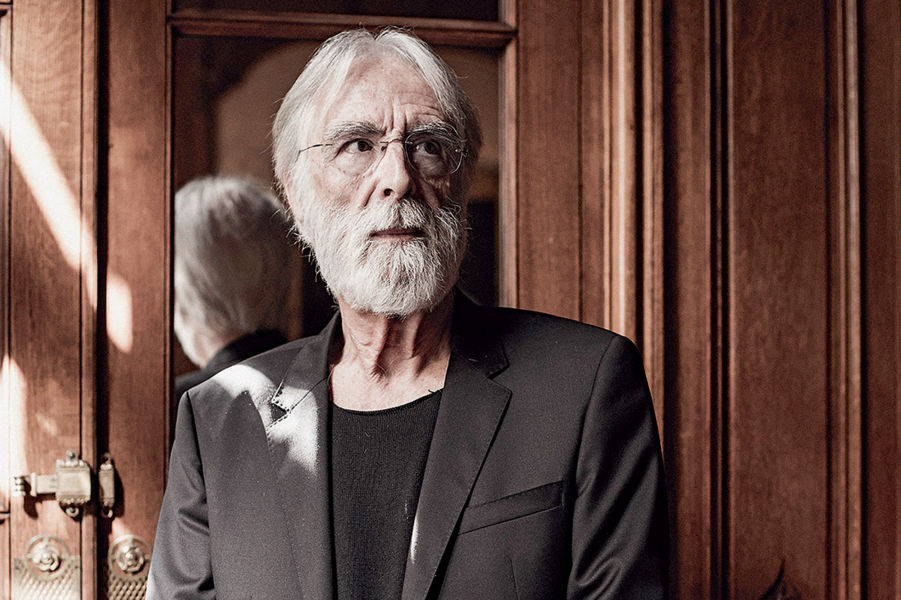 Michael Haneke and social media were made for each other. Ever since his 1992 horror-comedy Benny’s Video (in which a young boy becomes transfixed by a video of a pig being slaughtered), through his surveillance thrillers Funny Games and Caché, the legendary Austrian auteur has been obsessed with the images we record privately and inflict upon other people, hoping to get caught. His twelfth feature, Happy End (opening at TIFF Bell Lightbox January 12) is a sequel of sorts to his Academy Award–winning 2012 film Amour. It follows the privileged Laurent clan, now helmed by new matriarch Anne Laurent (Isabelle Huppert), who has now taken over her family’s construction business from ailing father Georges (Jean-Louis Trintignant, reprising his Amour role). Splintered, pained, prone to public outbursts at black-tie events, the extended family includes Anne’s fiancé (Toby Jones), her deadbeat son (Franz Rogowski, his karaoke performance of Sia’s “Chandelier” is just one of the film’s many brilliant set pieces), and her brother (Matthieu Kassovitz), whose 12-year-old, smartphone-wielding daughter Eve (Fantine Harduin) serves as Happy End’s eyes, ears, and de-facto Snapchat documentarian. Building to a bleak joke punctuated by an Instagram filter, Haneke carefully reveals how generations of trauma — and the family’s exploitation of their workers, as well as a pair of Moroccan servants — have twisted the Laurents into truly unredeemable people, despite their best intentions as wealthy members of the bourgeoisie. The fact that he employs a new narrative device of social media (as private Facebook messages and WhatsApp texts reveal hidden family secrets) is just a bonus.

We spoke to Haneke during TIFF ’17 (via his longtime interpreter) about why Facebook is the new confession booth, filming his first-ever sexting scene, and why compelling sound design and cinematography is all in the eye of the witholder.

__Your films have always dealt with themes of surveillance in our culture. Now, with social media, we're surveying ourselves. How do you think that has changed storytelling? __

Social media has completely changed our world. It’s the greatest cultural revolution in all of human history. If you think back to the printing press, for example, that took at least a century before it completely permeated society, whereas in the last 10 years social media has completely changed the way people interact throughout the world. All of us are overwhelmed by social media; it's impossible to keep up. If you see your task as presenting a picture of contemporary society, it's unavoidable. You have to deal with this because it's so omnipresent in our lives. It’s not my position, nor do I wish it to be, to pass judgement on whether this is good or bad. But it's important to take note of this change, accept it, and to show its role.

In Happy End, you use so many different kinds of social media to illustrate your character’s inner worlds, from Facebook to WhatsApp to YouTube to Snapchat. What was your initial inspiration for this new direction in your work?

The starting point of the film was a real story that I read about in the newspaper about a young girl who killed her mother and published [the murder] on the internet. I was astounded by that, and I was fascinated. It's not typically nice, but you understand the motivations — her mother gets on her nerves and she wants to get rid of her. But why then did she publish it on the internet? It would've been too simple to say she was doing it for revenge because there's another aspect to it: the idea of making it public.

I suspect there's a deeper reason, perhaps unconsciously, that's typical of all of social media — people want to be uncovered. People are secretly hoping that they'll be found out. It's taken over the earlier role churches have played in society. Before, people would go to the confessional to confess to the priest and they would be forgiven for their sins. What really makes social media so interesting is the religious dimension the internet has taken on today.

__All the characters in Happy End use the internet to be found out, to expose other people, and to expose themselves. Such as when the daughter discovers her father is having an affair by reading his very personal sexual messages on Facebook. __

Oh, I know! (Laughter) When you were writing Happy End, was this reveal through Facebook always intended to be a part of the structure of the film? You use social media almost like a narrative device.

It would've been impossible, for example, to actually film a sexual scene involving the protagonist. You could've made it somewhat risque but you can go so much farther when you're writing about it. 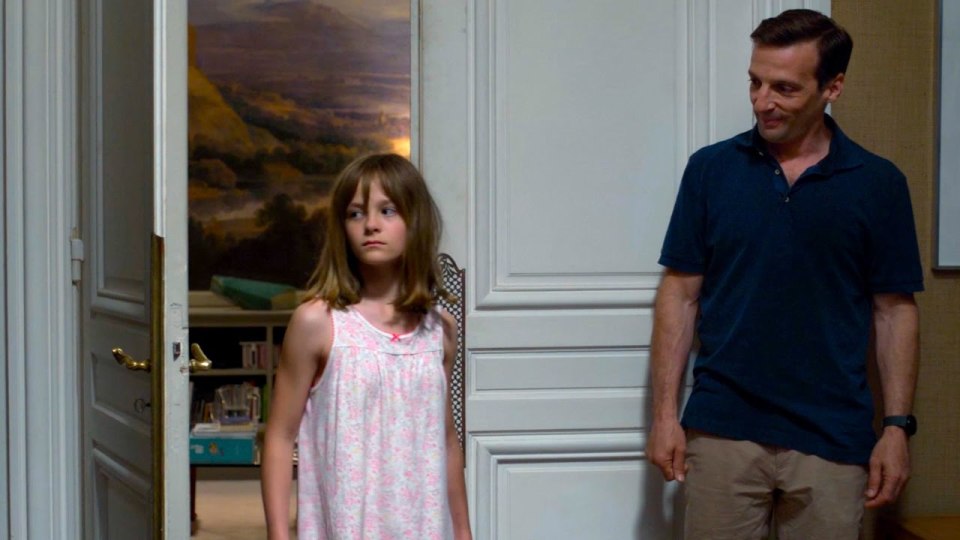 __As a filmmaker, do you see the act of reading someone’s private Facebook messages as more intimate than a sex scene? __

The problem in cinema is no matter what, when you're shooting physical intimacy between people, you know they're acting. You know that it's a trick and that's counter-productive to what you're trying to achieve. Whereas if you're reading [words on a screen], you're automatically inside of what's going on. You're a part of it because it calls on your own fantasies.

__Isabelle Huppert once said that the thing that characterizes you as a filmmaker is the precision of your framing. You are excellent at camera composition, but particularly in the negotiation of onscreen and off-screen space. As you continue to make films, how has your relationship to camera framing changed? __

Well, it’s the same case with sound — what you withhold, what you don't show is just as important or even more important than what you do show. The creaking of the stairs is often much more frightening than when the monster opens the door and appears. You'll note that in my films the most important sentences are often said off-screen and never by the person who is speaking the line because they have more effect that way.

Why do you think you’re so obsessed with revealing information this way?

Because I'm always seeking the most efficient way of reaching the heart of the spectator and reaching their emotions. I find that visually, we're overwhelmed. The eye has so much to see now that it doesn't mean as much. So the best way to reach the heart and the emotions of the spectator is through the ear — at least, that's my experience.

TIFF Next Wave Takes Over *The Review*