Meet Carmel Winters, the director of Float Like A Butterfly

“No one else can be you as well as you can.” 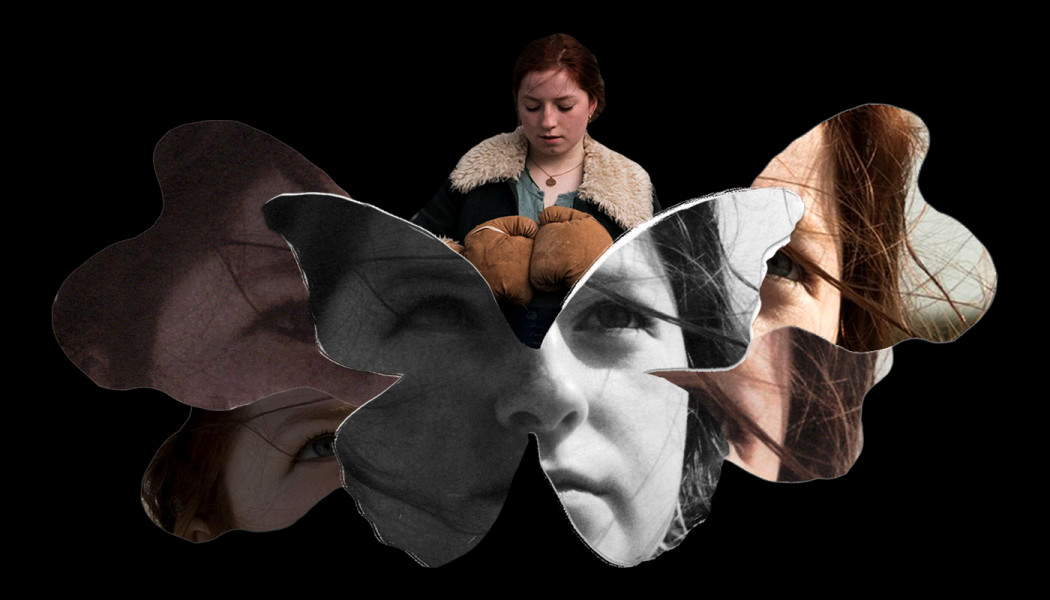 In conversation, and in her latest feature, Float Like a Butterfly, award-winning Irish playwright and director Carmel Winters is pure, inspired positivity.

Float Like a Butterfly centres around Frances, a teenage Irish Traveller struggling to pursue her passion for boxing. In the face of onerous challenges — the loss of her mother, a recently incarcerated father with a penchant for drink, and the oppressive gender norms of 1960s rural Ireland — she puts up a fight for her dreams. The film lives up to Winters’ lofty goal of bringing "intelligence, joy, love, play, consolation, understanding, humour, insight, and company" to her audience.

The film has been called a "gender-reversed Billy Elliot," which Winters points out "implies male is the norm," but she’s still honoured to have her work compared to such a triumphant and liberating film. However, as audiences will soon learn this September, Float Like a Butterfly truly stands up on its own and is — dare we say it — a knockout.

TIFF Executive Director and COO Michèle Maheux spoke with Winters about Float Like a Butterfly, which will be screening as a World Premiere at the 43rd Toronto International Film Festival, September 8, 10, and 14. 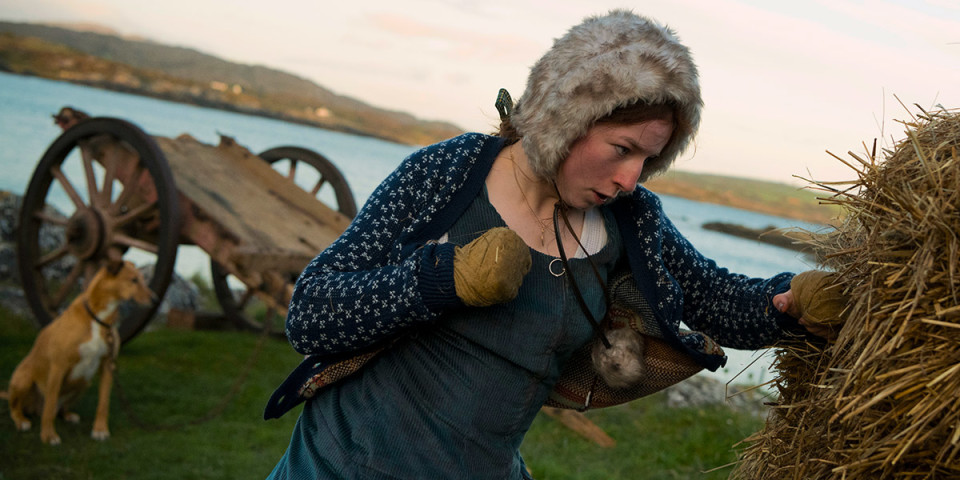 What was the movie that made you want to become a filmmaker?

Why was this film so affecting to you, and what is your impression of Ramsay’s influence on your own work or career, if any?

I recognized in Ratcatcher the work of a true “seer.” For me, a seer is someone who sees through the veil of collective denial and fear to illuminate the heart of the matter. To do this takes vision and courage. We tend to hide from what scares us. Ramsay has both — vision and courage — in spades. The poetry of the rat tied by its tail to a rising balloon... there’s a luminous genius at work there. Thrilling. I see Ramsay as a pioneer and kindred spirit. Andrea Arnold, too. Red Road (2006) was another film that affirmed for me the power of a woman’s gaze. If we don’t do the seeing, who will? And with what consequences? The lack of women’s visionary power in filmmaking represents a crisis for humanity, not just for the industry. It’s bigger than who is not behind the camera: it’s what’s not in front of it. One of the most important things that we can do as filmmakers is to tell audiences, “You are not alone.” 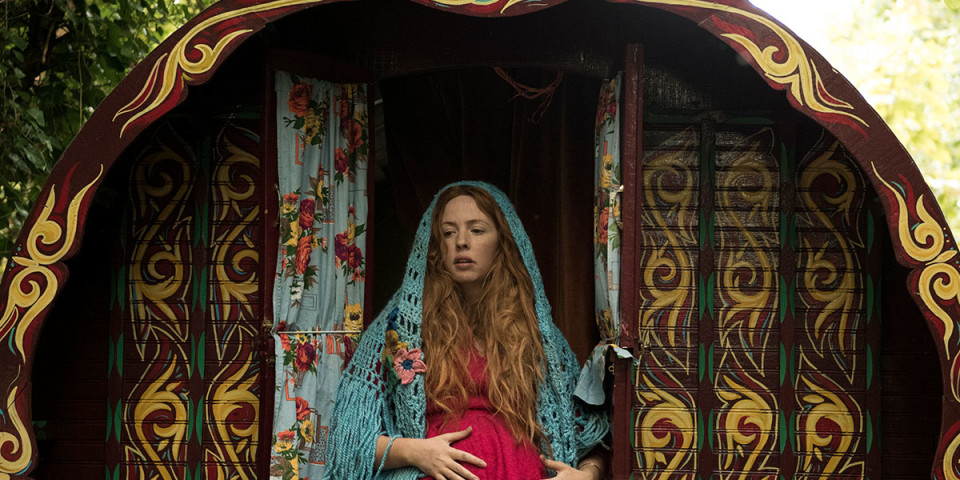 __Are there other filmmakers in the industry right now that are doing this kind of work, in your estimation? __

I see this rigour in the work of Asghar Farhadi (who is at Festival this year with Everybody Knows). He maintains a judicious balance between intelligence and compassion. His trustworthiness as witness comes across in films like The Salesman (2016) and A Separation (2011).

Sarah Polley has this crystalline, visionary quality, too, and I can see it across all her work as actress, director, and writer — in fiction and documentary. That this is felt across her entire filmography fascinates me. It suggests that it’s not what we do but how we do it that leaves its imprint.

Do you think that this new generation of young women (and men) will interact differently with the world, given that they have been raised on media that include role models that question and reject gender norms?

I believe what people experience in their own homes — most crucially during early childhood — interacts profoundly with the representations that they see onscreen. It’s in the meaning — or lack of meaning — that they recognize in these public and private reflections of society that either support or thwart who they can be in the world. 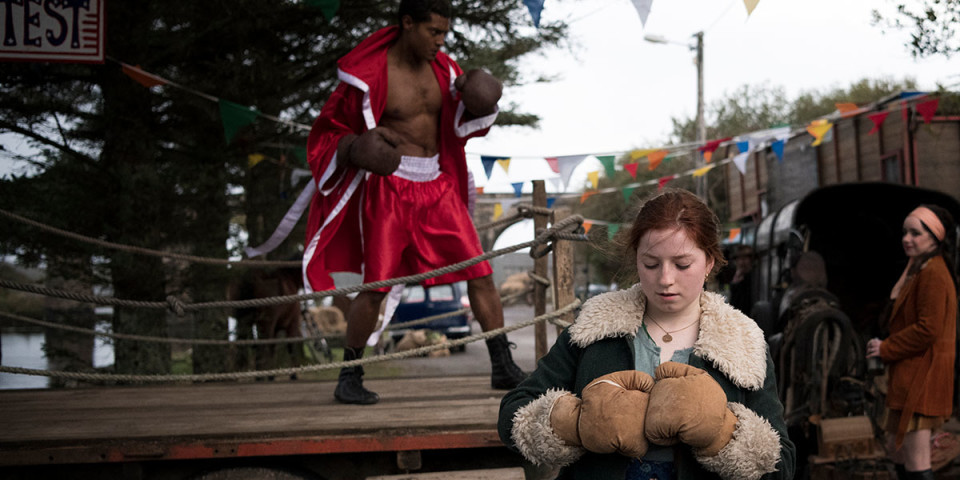 On the other side of the gender norms coin, I’ve seen an elevator pitch of the film that’s, essentially, “a gender-reversed Billy Elliot.” Is that something that you embrace, disdain, feel indifferent toward?

Oh, the dangers of shorthand and why we need to go beyond the logline! I bridled a little at first on seeing this. I don’t ever see a female experience as a “reverse” male experience. That implies male is the the norm — the universal experience — and everything female is some kind of “other” concession. That being said, the films do have a great deal in common the more you look at them. Both Frances and Billy have in them a gift for natural, exuberant, liberating expression, and each of them is obstructed by a parent who, because they were beaten down by the system themselves, unwittingly becomes an agent of that system, forcing their children to conform. Both films show how class and gender conspire to keep us from being the greatest we can be. I love that both films move towards forgiveness, hope, and triumph — and all presented as cinema that’s emotionally and ideologically available to all audiences.

What do you want people to think and feel, as they leave the cinema after watching your film?

I want people to come out of the cinema feeling understood, validated, affirmed, energized, and enlivened. I would like them to feel a renewed sense of their own qualities and potential. I would like those who are struggling to be their best selves in the world to know that they are not alone — and that their struggle is vital, noble, and generous. I would like them to feel their natural selves to be good enough — great, even. No one else can be you as well as you can.

When we are up against patriarchy, we are not just up against “the Machine.” That machine is manned by those we love — partners, fathers, brothers, sons, and, yes, sisters, mothers, daughters, lovers, too. I would like people who see the film to feel inspired by the spectre of reparation, forgiveness, and reconciliation in the film’s conclusion between Frances and her father.

I would like fathers to feel proud when they raise daughters who are more powerful than them. I would like daughters to be the greatest that they can be — and to move beyond the sphere of influence of those who, because of their own injuries, need them to act smaller. 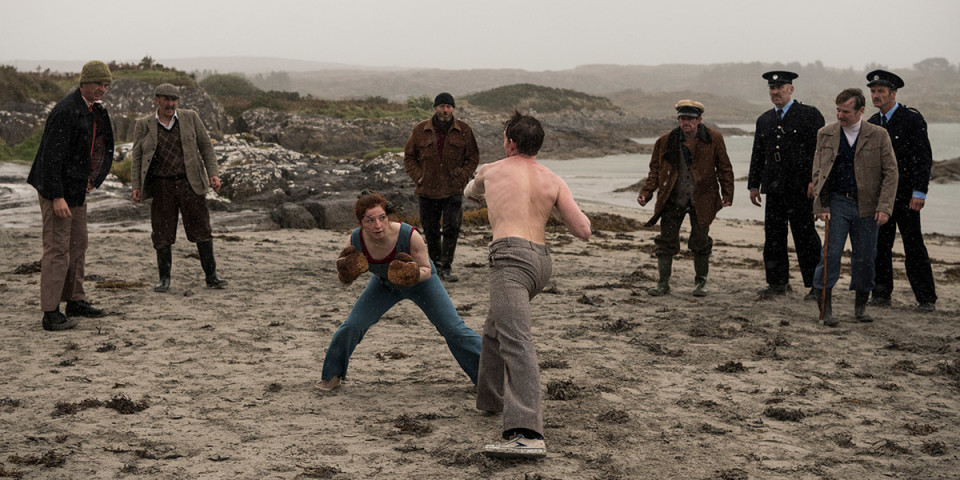 Hazel Doupe and Dara Devaney in Float Like A Butterfly 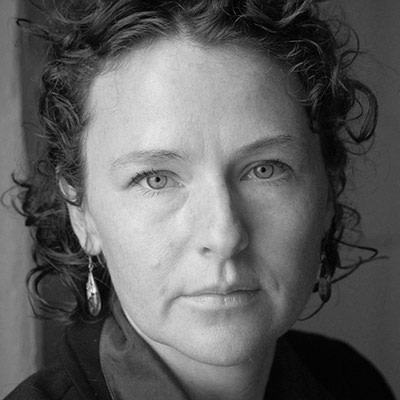 Carmel Winters was born in Cork. She studied drama and English at Trinity College, Dublin. She is an award-winning playwright and filmmaker. Her directorial credits include the short film Limbo (08) and the feature Snap (10). Float Like a Butterfly (18) is her latest film.

Support filmmakers like Carmel Winters by donating to Share Her Journey, TIFF’s commitment to increase participation, skills, and opportunities for women behind and in front of the camera.