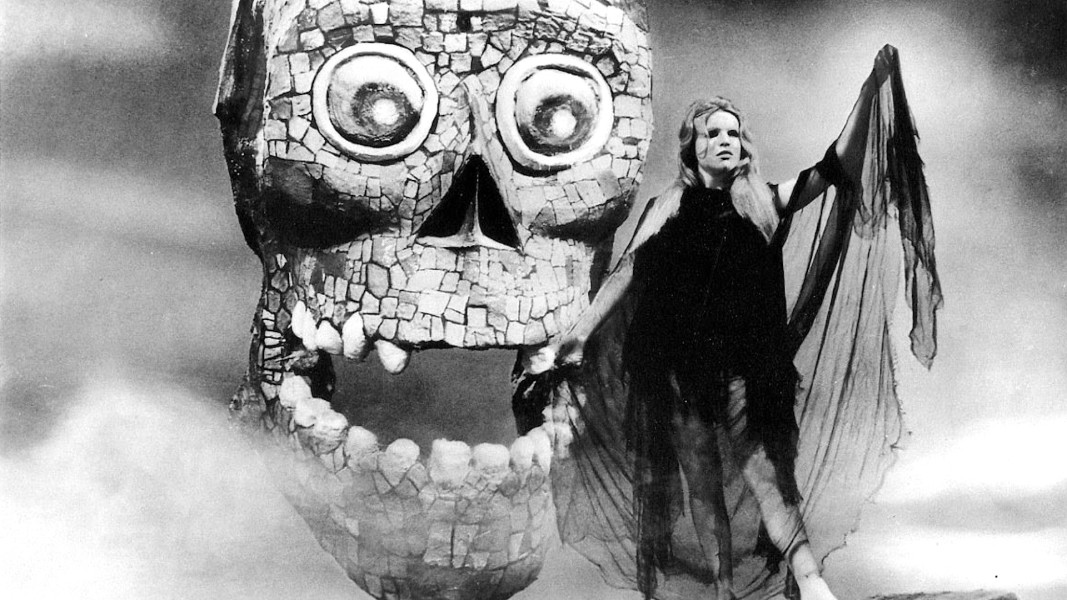 This is an abridged version of an article that originally appeared in Cinema Scope #64 (Fall 2015).

When it premiered in North American cinemas in 1961, Julian Roffman’s The Mask — released in the USA as Eyes of Hell, and digitally restored in 2015 by TIFF and the 3-D Film Archive — was accompanied by a publicity campaign that touted the film’s cinematic “innovations” with a load of ballyhoo that boldly outdid the typically hyperbolic movie marketing of the era. After rebranding industry-standard 3D as “the miracle of Depth-Dimension” and promoting Myron Schaeffer’s early synth score as “Electro-Magic Sound,” the marketing shellac was laid on even thicker with the invitation for spectators to put on their own personal “Magic Mystic Mask” — a replica of the haunted artifact that transforms the film’s protagonist into a libidinous lunatic — with the intimation that what the audience would witness through those familiar, flimsy red/blue gel filters would be so terrifying as to incite dread, panic, or worse. (“The management is not responsible for nervous breakdowns,” one poster cautioned.) 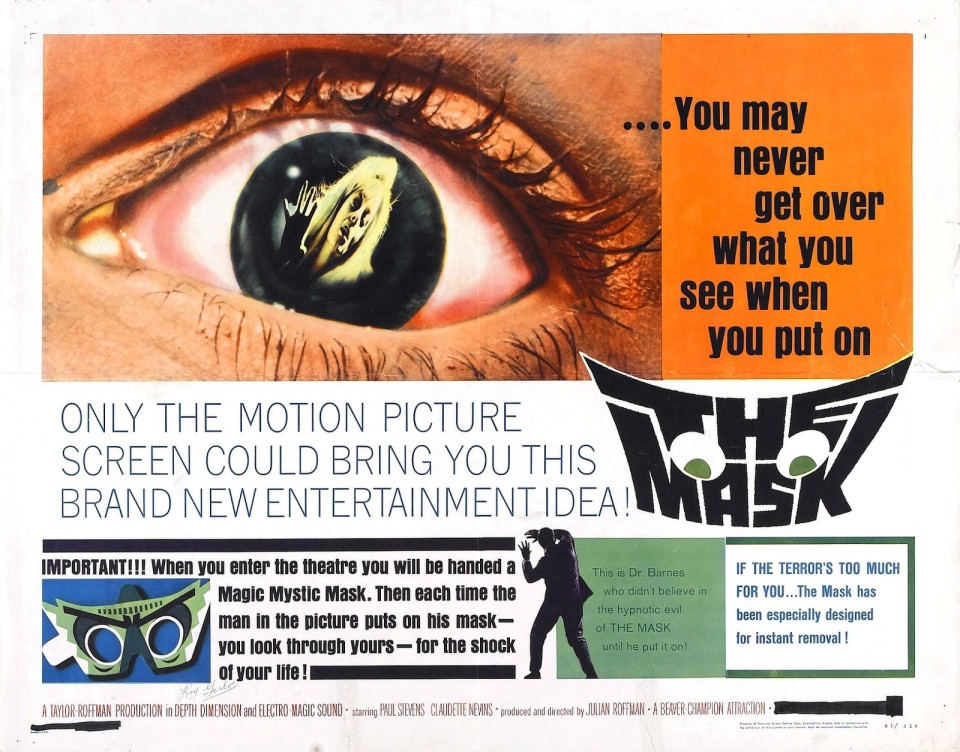 Given its basis in the illusionistic recreation of reality, cinema has always been a prime suspect and prime example for those who believe that the image can corrupt the mind and/or soul of the unwary spectator. And cinema itself has been all too eager to lend credence to this charge, not only with a parade of self-reflexive films, stretching from Rear Window (1954) to Ringu (1998) and beyond, that depict the dangers inherent in looking, but with the Barnumesque antics of showboating entrepreneurs like William Castle, who sought to erase the division between reel and real horrors with site-specific audience-goosing gimmicks.

In its brief opening prologue (excised from the VHS and television versions), Roffman’s Mask establishes itself in that august lineage by having publicity-stunt master and soi-disant rare-mask “authority” Jim Moran present the film’s namesake as if it were part of his impressive collection, an actual relic bearing a curse so powerful and terrifying that he himself would not dare to look through it. Later, as the soon-to-be-cursed protagonist Dr. Allan Barnes (Paul Stevens) prepares to don the dread mask, the film implicates us in his transgression by having a booming voice command us to “Put the mask on ... now!” before each of its three anaglyphic 3D sequences.

Long before we get to share in Dr. Barnes’ hallucinatory experiences, Roffman has already established his mostly 2D picture as a lightly chilling, well-executed slasher. After a neatly done sequence of a man chasing his shrieking victim through a forest (the actual murder committed off-screen, as the camera gracefully dollies behind a tree), the plot as such begins to unfurl, as an ancient South American tribal mask — which the tortured perpetrator of the curtain-raising crime blames for his bloody deed — lands in the lap of psychoanalyst Barnes, who is fascinated by the mask’s purported potential to induce mind-expanding visions. (“There’s much to be learned here. Of man’s most secret mind. Of a world that exists even deeper than the subconscious,” he enthuses.) Increasingly turned on by his “research,” Barnes predictably overindulges in his nightly trance sessions with the mask, and it’s not long before the good doctor is on the prowl for a good strangling. 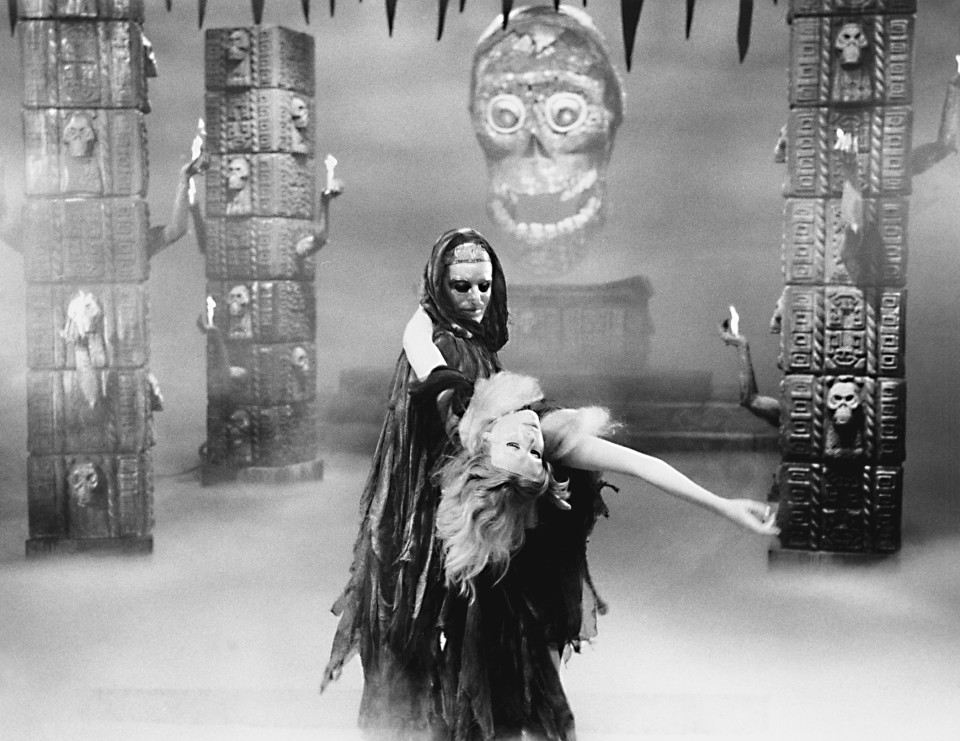 The work of a sophomore feature director — a documentary veteran at the NFB, Roffman first made a bid for the commercial market with The Bloody Brood (1959), which stars Peter Falk as a demented beatnik with a penchant for feeding “squares” hamburgers laced with glass — The Mask is certainly not without its flaws. Transitions are at times harsh, the camera movements can be distractingly deliberate, and there are far too many point-of-view shots where secondary characters engage in wholly unnecessary direct-to-camera address. But as amusingly clumsy as the narrative segments are, the film’s exhortation to (finally) “put on the mask” brings about a conversely sophisticated experience of surrealist horror.

Conceived by Serbian montage expert Slavko Vorkapić, the film’s 3D segments depict the masked Barnes outfitted in rags and advancing like a zombie through a series of hellish landscapes and visions. Skulls materialize and levitate in the mist; eyeballs bubble and melt out of their sockets; a host of hooded spirits both guide and impede Barnes’ progress (with fireballs, for good measure); a beautiful blonde, her own mask recalling that of Edith Scob in Georges Franju’s Eyes Without a Face (1960), strikes a temptress pose on a sacrificial altar; and the path to said altar is flanked by demonic arms, in a terrifying variation on the torch-bearing limbs in Cocteau’s Beauty and the Beast (1946). At one point, Barnes’ surrogate lies on his office couch, his body gradually disappearing with the exception of the hands, which grow in size as they grasp menacingly for a throat to throttle; later, near the peak of Barnes’ transformation, the spectres baptize the doctor’s hands in hellfire, completing his metamorphosis into a murderous madman. 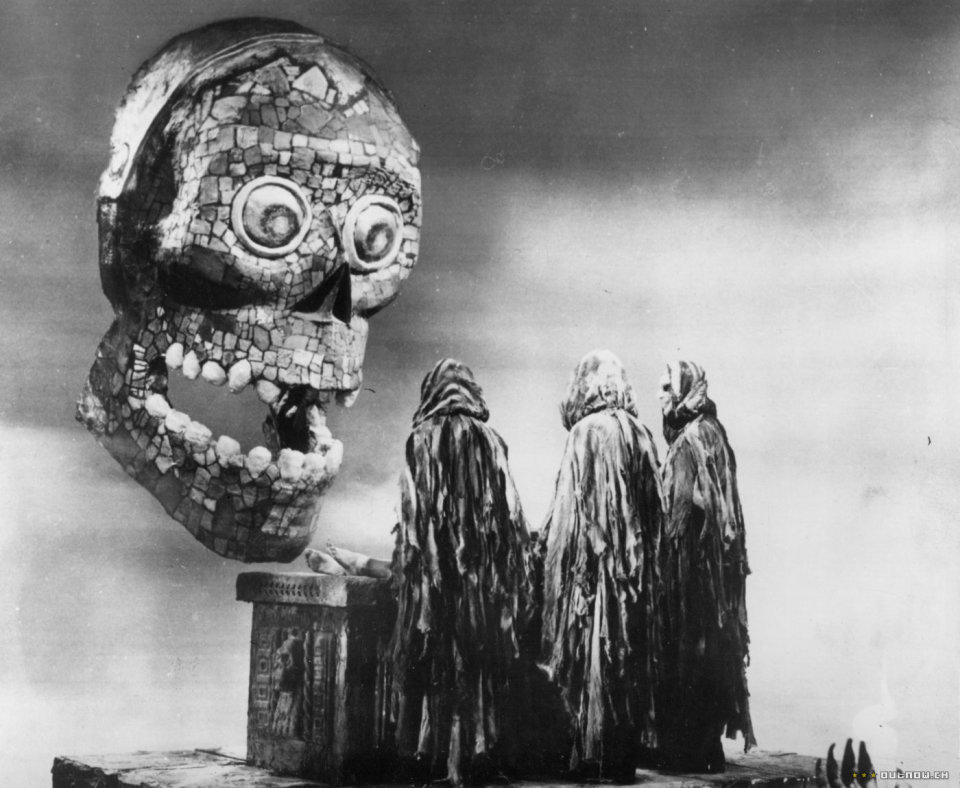 At the risk of overstating things, these sequences — with their emphasis on ritual, incantation, and a central figure struggling to cope with a violent psychosexual awakening — work to elevate The Mask beyond its earned place in Canuxploitation history and into the realm of avant-garde-tinged psychodrama, playing the same game (if not at all in the same league) as Maya Deren and Kenneth Anger. And even if the film locates the source of these visions, and the “evil” they represent, not within the cortex of “civilized” modern man but in the familiar boogeyman of the exotic Other, the intensity of the imagery overwhelms such clichéd narrative excuses. The Mask may not induce nervous breakdowns, but it surely is one hell of a trip. 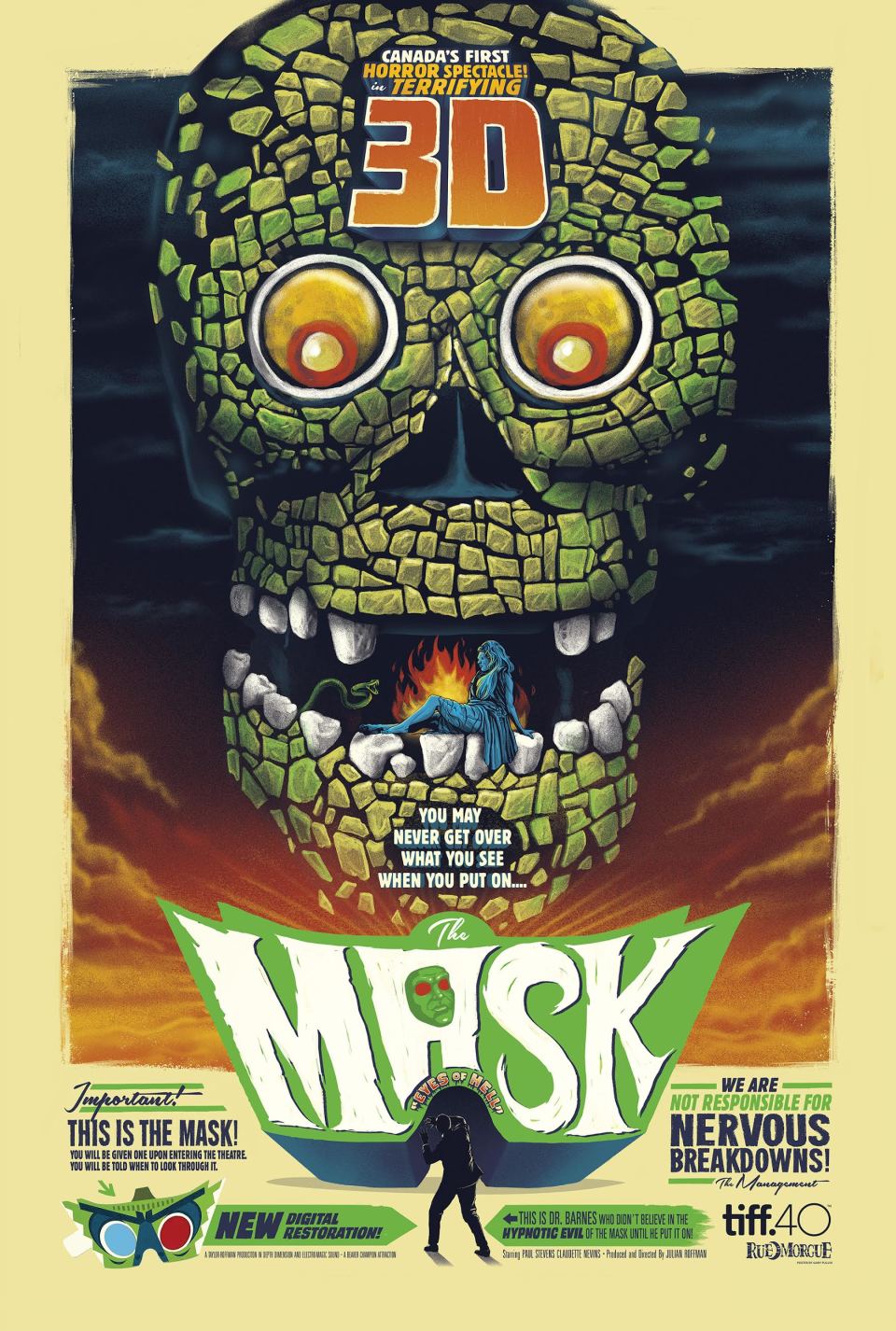 Woke Up Screaming: The *Get Out* Roundtable