Meet Elena López Riera, the director of Those Who Desire (Los que desean)

How a "carnal" pigeon competition inspired her latest short 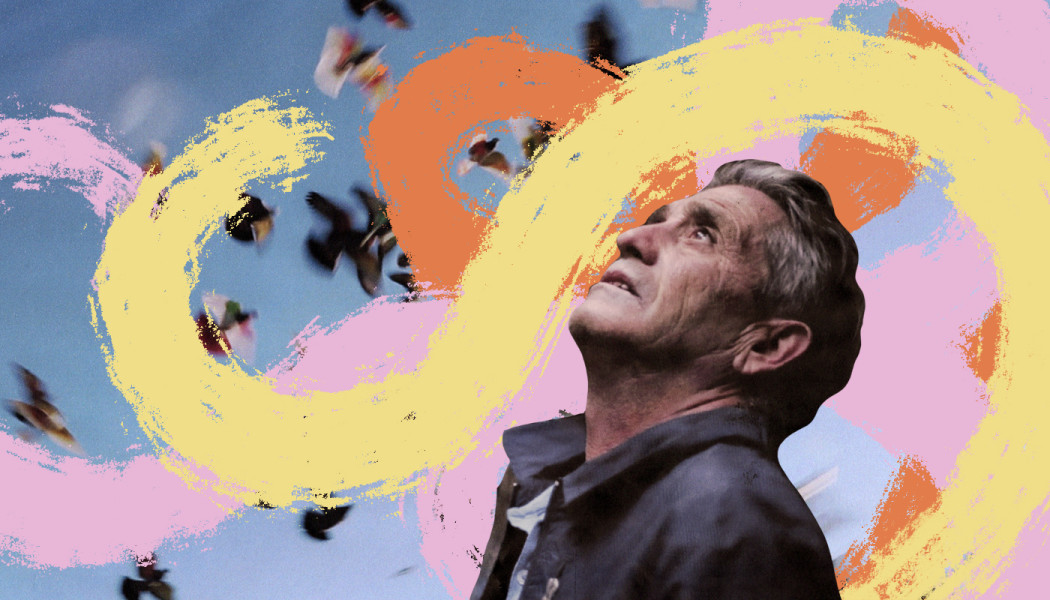 Born in Orihuela, Spain, the triply talented Elena López Riera — a film programmer, critic, and filmmaker — is definitely one to watch. Her films Pueblo (2015) and Las visceras (2016) have premiered at the Quinzaine des réalisateurs and Locarno International Film Festival, respectively, and she was recently selected for Berlinale Talents in 2017. Those Who Desire (Los que desean), her latest, won the Pardino d’oro for best Swiss short film at Locarno just two weeks ago, and will have its international premiere in Wavelengths — preceding Jodie Mack’s The Grand Bizarre — in a curated pairing emphasizing singular studies of coveted and colourful objects of desire.

Elegant, sly, and finely observed, Those Who Desire is a documentary portrait of “colombiculture” (or pigeon competitions) in southern Spain, where trainers' brightly painted pigeons vie for the affection of a female mate. A fascinating film about men, as much as it is about birds, Those Who Desire subtly invokes themes of masculinity and courtship, speaking volumes about intimate, patriarchal village communities along the Mediterranean, where silent physical gestures often convey more than words.

Those Who Desire screens at the 43rd Toronto International Film Festival on September 8 and 10 as part of the Wavelengths programme. 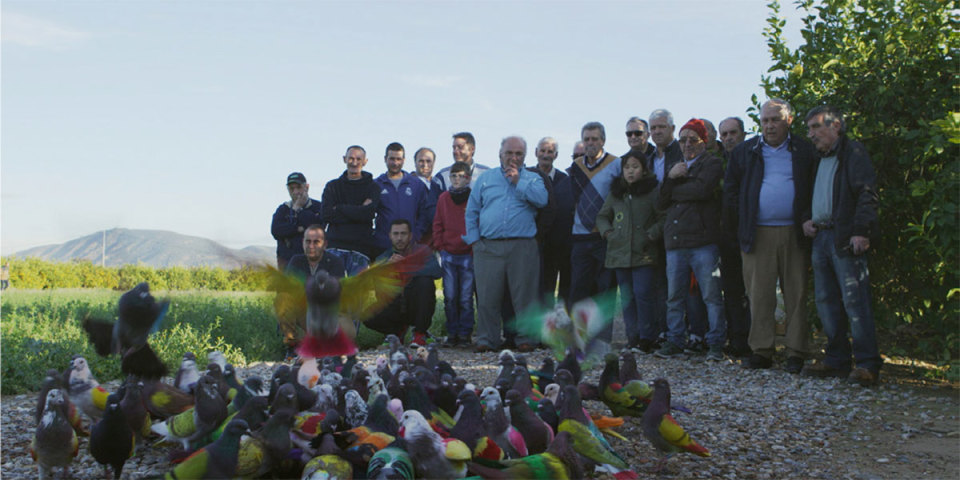 How would you describe your new film, Los que desean, in your own words, and how did you come to make it?

Los que desean explores "colombiculture," which is a very particular sport that is practiced in the region where I come from. The sport consists of releasing a female pigeon into the air and releasing a flock of male pigeons behind her who will fight to spend as much time as possible at her side, to conquer her. It is a competition based on desire, not speed, and despite the brutality of the idea, the people involved — almost all men — spend hours and hours watching the mating rites of the birds without even talking. It is something very normal for me, which I have known since I was a child and which has always fascinated me, because there is something very sexual, very carnal, very concrete and — at the same time — very poetic about it. It is fascinating to me to observe those men who project on their birds what they may not be able to formulate in words in their daily lives.

Your films are regionally specific. Can you describe what that’s like, and your interest in working in Spain, where you grew up?

So far I have shot all my films in Orihuela, a town in the southeast of Spain where I was born and raised. I left there when I was very young to study abroad and never came back to settle down. I think because of the distance, this place has become for me a kind of mythical land, where anything can happen, where the most ordinary becomes extraordinary. This way of looking at one’s birthplace is highly influenced by distance, but my impression of Orihuela is also marked by traditions and ancestral rituals, both religious and spiritual. When I moved away, I realized that parts of my life in Orihuela that were usual for me, far from their context, could be seen as strange, even magical. I believe that in my work, there is a reflection of this, where the contemporary and ancestral meet, not knowing where the limit is between the everyday life and the fantastic.

Have you been given any great advice along the way, or has there been a transitional moment that encouraged you to continue to make films?

The only great advice that I received was from my parents — to not make films. I didn’t follow it. I always wanted to do it. I come from a small town, from a family that has nothing to do with the cultural world, and making films seemed like a utopia. I’ve — little by little — surrounded myself with friends who share this vision, who are also filmmakers, and we’ve supported each other. You are a film programmer, critic, and filmmaker. How do you see these roles converge — or are they completely separate practices?

For me, they have always been complementary activities. I cannot conceive of the practice without the theory, and I’ve always advocated that they should go hand-in-hand. In recent years, there has been a stigma against the theoretical and critical filmmaker, as if thinking about cinema was something damaging or confining, where they are required to only make "intellectual" films. I don't agree. I think we should recover the pleasure of doing and thinking, of thinking and doing. There are many ways to make films, not only by directing a film. Writing texts, discussing, and thinking about images are also ways of doing cinema. Serge Daney, the French film critic, was one of the greatest French "filmmakers" in history, in my opinion.

You’ve worked within short documentary, observational, and essayistic work. Are you interested in making fiction?

Yes, I am very interested in fiction — working with actors, and the idea of re-presenting the truth. I don’t want to confine myself to a single mode or genre. Each project has its own characteristics. Right now, I’m working on my first feature, which is actually fiction. It’s a love story! Although, there is a documentary part in it...

You have spent quite a bit of time in Paris, which is historically (and romantically) known as the epicentre of cinephilia. What is your current impression of film exhibition, criticism, and filmmaking in France, and do you see a progression for women’s roles within cinema there?

My relationship with Paris has been intermittent. Although I don't live there now, I have spent long periods of time there studying and working as a programmer for the Belfort Festival. Thanks to this, I have a permanent contact with French cinema. It’s a very different kind of cinephilia from the Spanish one. The tradition of French critics still weighs heavily on cinephiles today. However, I believe that a new generation of critics, cinephiles, programmers, and filmmakers is emerging in France, a generation more detached from historical totems than the previous one — although I believe that this is not only the case in France, but rather a sign of the times. This new generation references from high culture as well as from popular culture. They are interested in films from other countries. This is a very good thing, this interest in shaping a heterogeneous film culture.

And yes, it is also true that women are taking on more and more importance and occupying — at last!— positions of power, which is also a sign of the times. I hope it will continue to be so, although there is still a long way to go. 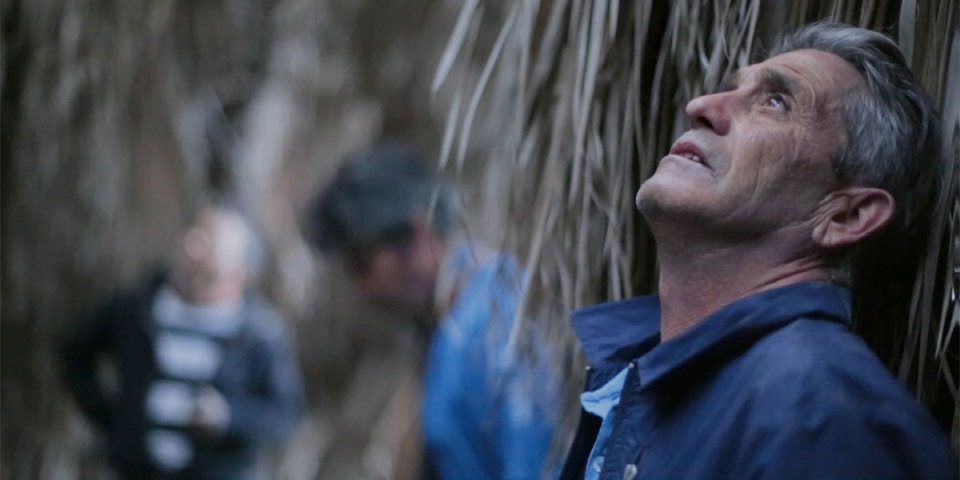 Who or what would you cite as filmmaking influences?

What excites you most about contemporary cinema?

The hybrid forms and the ways in which contemporary cinema dares to mix styles, genres, and references without complexes. Having access to home devices — such as camcorders, the internet, YouTube, etc. — had such an influence on our generation. If I had been born 20 years earlier, I would certainly not have been able to make films. For me, the internet, DSLR cameras, and my mobile phone — these were my film school. 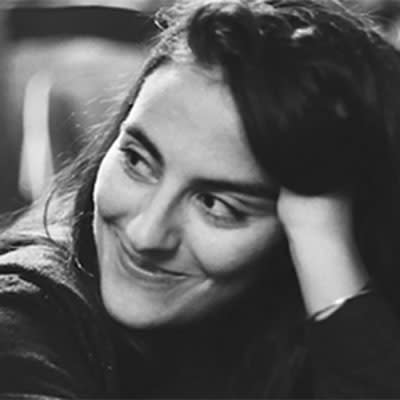 Elena López Riera was born in Spain. Her short films include Pueblo (15) and the documentary The Entrails (16). Those Who Desire (18) is her latest film.

Support filmmakers like Elena López Riera by donating to Share Her Journey, TIFF’s commitment to increase participation, skills, and opportunities for women behind and in front of the camera.