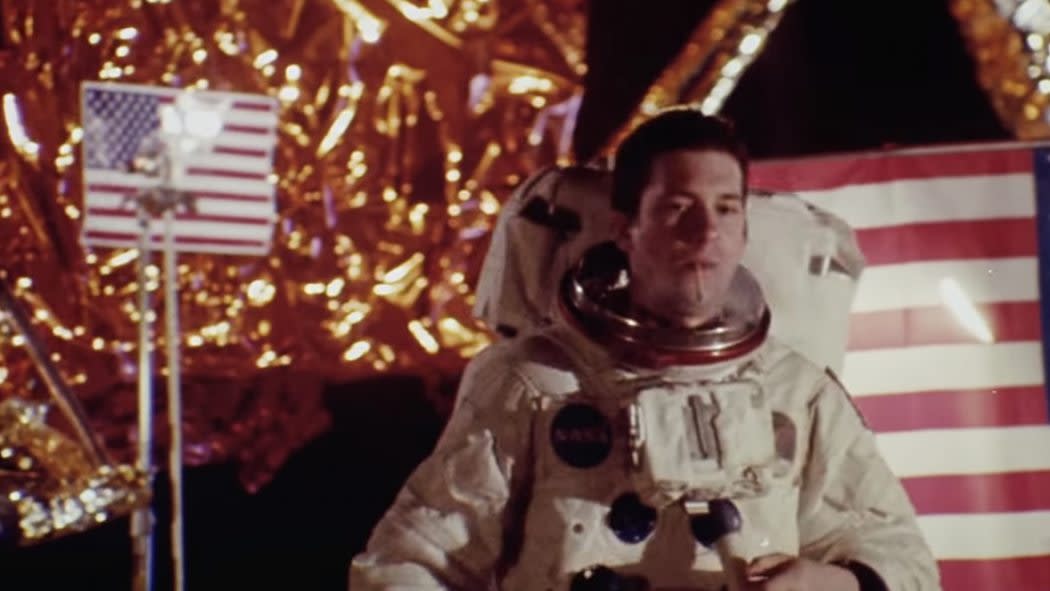 "It Just Had That Feeling Of A Real Heist"

Canadian director Matt Johnson was a guest on our Well Nobody's Perfect podcast a while back. While he was here, our hosts Rob and Geoff asked him about his second feature, Operation Avalanche, which plays at TIFF Bell Lightbox starting September 30 after premiering at the 2016 Sundance and Hot Docs film festivals. You can grab tickets here. This weekend, screenings will be introduced by the filmmakers, including co-writer Josh Boles, editor Curt Lobb, cinematographers Andy Appelle and Jared Raab, co-star Owen Williams and producer Matthew Miller. (Johnson will be in town to introduce the film and do a Q&A on Tuesday, October 4.)

The film is a daringly-shot account of how NASA could've faked the 1969 moon landing, conceived with Johnson's usual crew of dedicated, long-term collaborators. (The cinematography, shot on digital and transferred to film, is particularly ambitious and innovative.) In the film, a team of aspiring filmmakers (helmed by Johnson, playing an ambitious NASA employee named "Matt Johnson") pull off the heist by asking for Stanley Kubrick for advice on the set of 2001: A Space Odyssey and by fabriciating their moon landing to dupe the American public. A dizzying conspiracy thriller in the vein of films like Blow Out and The Parallax View, it also boasts the best car chase since The French Connection and a eerily convincing 1960's documentary shooting style and mise-en-scene. The filmmaking team achieved that by actually sneaking into the NASA headquarters to pull real-life locations for their production value. Here's five key lessons learned from Matt:

When you're trying to shoot a period mockumentary with basically no money, having fully-built "sets" (i.e. the locations where the film's events supposedly took place) is very helpful. Johnson and his crew took advantage of NASA's completely preserved historic mission control room at the (fittingly-named) Johnson Space Center by pretending to be film students shooting a documentary. They actually shot in the room where the actual moon landing was monitored from. 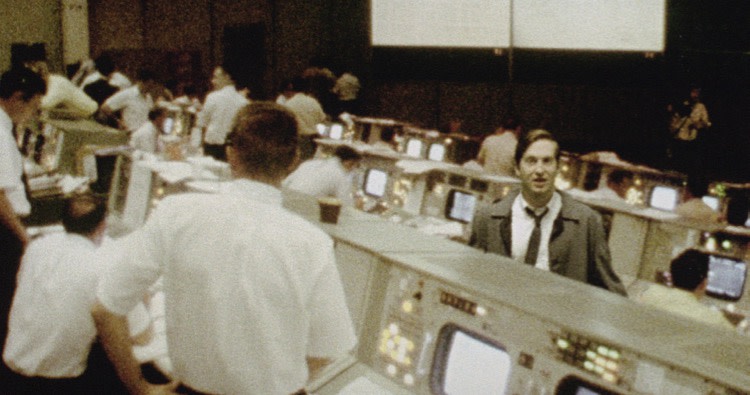 Operation Avalanche is essentially a heist movie. And shooting it was basically like pulling off a heist as well, which created a sense of incredible realism (and peril) for the performers. Says Johnson:

"One of the key scenes of the movie is us debating how to fake the moon landing in actual Mission Control, while there's an entire tour group behind soundproof glass watching us, taking our picture. It's one of those moments where you're there shooting, and you're like 'Gosh, this is never going to work.' Like someone's going to open the door, we're going to get thrown out, they're going to arrest us, or our [Canadian] embassy is going to have to come save us...

According to Johnson, shooting films the way he did with his 2013 debut The Dirties (a film about a fictional school shooting which was shot illegally in a high school) and Operation Avalanche (improvisationally, on locations where he wasn't really supposed to be) is a good model for Canadian filmmakers without much money. His new VICE web series nirvanna the band the show (which had its premiere at TIFF 16) similarily begs, borrows and steals locations and set-pieces by actually doing the things that are in the script in real life. (Among the feats in the first three episodes: Johnson and his co-star/co-writer Jay McCarroll sneak a float into the Santa Claus Parade, conduct fake interviews at Sundance about a fictional film also called Operation Avalanche AND shoot in the Scotiabank Theatre during the premiere of Star Wars: The Force Awakens.)

Johnson says film schools tell students to "be prepared," to "have everything ready" and to "let yourself be surprised, but be surprised within this box."

He believes "that's a great model for making more traditional narrative movies, but I think given the limitations that we have in this country, in terms of the amount of money we can use, you've got to do something new. To us that proved to be super fertile ground of having resonance between reality and drama."

4. If your filmmaking formula isn't broke, don't fix it

Says Johnson: "Fundamentally, the philosophy is the same. You go to a place with some form of permission, whatever that may be, and once you're there you try to stay out of the way as much as you can and you film as much of the experience as you can get. And when you get home, you figure out how to use it."

5. The clichéd can play as real — if it happens by accident

Shooting with actual people leads to unexpected moments. As Johnson puts it, "you will be shifted by what happens to you."

In Operation Avalanche, one of the film's key scenes came from a conversation with some real-life NASA experts that happened by accident. In The Dirties there's a similar scene involving the protagonist asking a city clerk for the blueprints to his school. Johnson says he couldn't have written these scenes, and that even if he had, they wouldn't have worked.

"If it were to happen in a scripted movie you'd be like, 'What, this is ridiculous, I don't believe that.' But because we do it for real and because the characters can talk about it happening, all of a sudden the clichéd or the ridiculously rote dramatic awfulness evaporates."