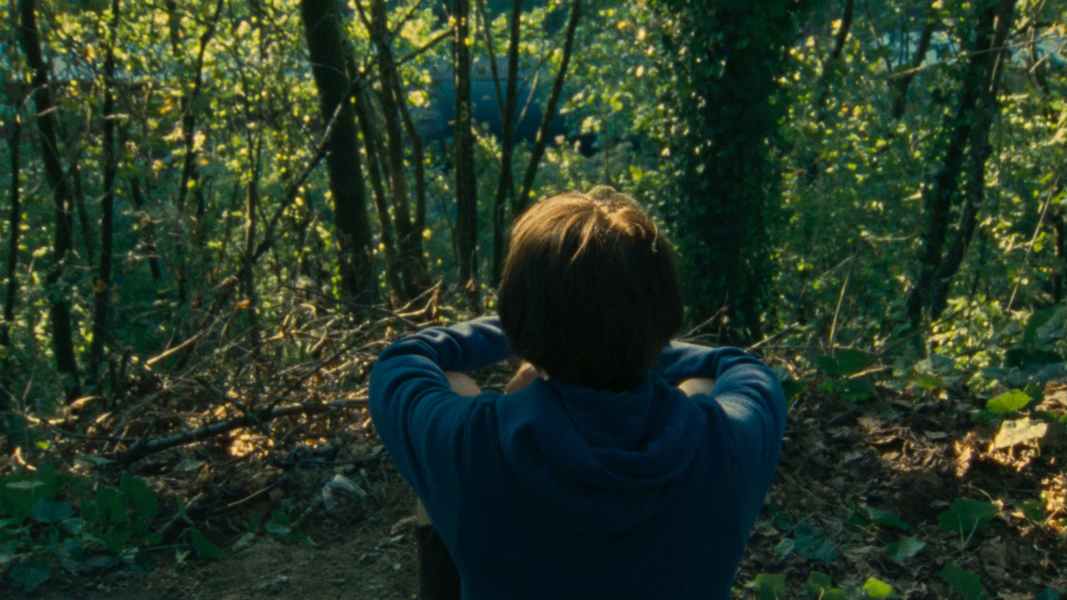 Kelly Reichardt Was My Film Professor

Director Miles Joris-Peyrafitte shares how his teacher shaped his career, from watching Wendy & Lucy at age 16 to his Sundance premiere at age 23

When I was an impressionable yet stubborn 16-year-old, tucked away at a boarding school in rural Massachusetts, Kelly Reichardt’s Wendy and Lucy almost single-handedly convinced me to go to film school. I already knew I wanted to make films, but had always thought of “higher education” as an impediment to that goal. I wanted to learn in the field. At least, that was my teenage conception of what I wanted. Really, I just didn’t want what I thought I knew about filmmaking to be challenged. Wendy and Lucy undid that for me. In attempting to navigate its intimacy, I was jerked forward, not by its action, but by a building stillness that let the emotional gravity of her uniquely human characters take center stage.

Quiet. Slow. Still. Characters who fade as quickly as they appear. Silence re-establishes itself as a thick, resounding quietude; an impossibly rich and layered aural map, with each bird or cricket sound accounted for. Each gust of wind was specifically recorded, re-recorded, placed, and replaced, until it had been etched seamlessly, and without ego, back into the space it came from. Stillness, similarly, is never not active. It registers the character’s relationship to her surrounding landscape. Both exist in a constantly redefining dialogue. The subject can slice through a static shot or space. The landscape can swallow, paralyze, or engage the subject. Stillness becomes only as valuable as the movement that interrupts or activates it. This exchange informs the character’s position — one of unison, or opposition — in her world.

At age 16, this confounded me: how a character’s existence within her natural landscape expressed infinitely more than something spoken or emoted ever could. As I walked back to campus, all of a sudden the landscape I moved through became inseparable from that of Wendy and Lucy. (Despite the film being set in Oregon, about as far as possible from where I was while still being inside the lower 48 states.) A couple things became clear to me: there were different stories, and different ways of storytelling, which felt more genuine to my lived experience than I had previously believed, or ever seen on a big screen before; and — I should probably, definitely, go to college. 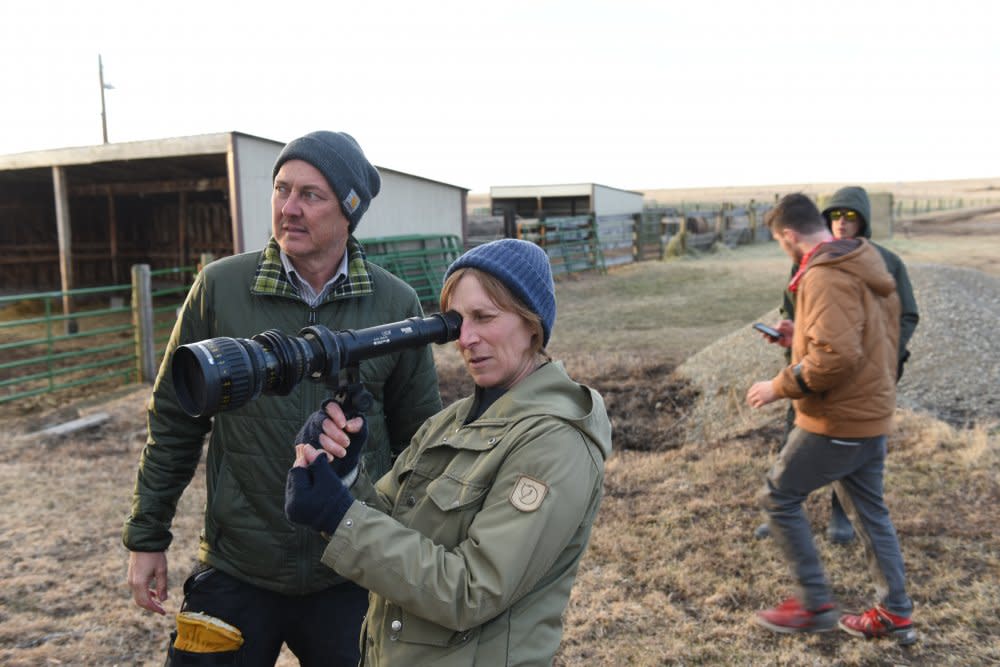 To make a long story short, I chose Bard College because I knew the truly great experimental filmmaker Peter Hutton was a teacher there. That must have been enough for me because I didn’t look at any of the other professors on the active faculty. Imagine my surprise when on the first day of class, as I paced anxiously back and forth, I saw that unmistakeable sandy-coloured mutt Lucy bounding down the stairs before me, followed closely behind by none other than Kelly Reichardt herself.

I made it a top priority to register for one of Kelly’s classes. I had heard that she could be tough as a professor. Sometimes really tough, but also very fair. If she was going to drive up from New York City twice a week to teach, while also putting together her next project, she expected her students to work just as hard.

Throughout my time in Bard’s filmmaking program, Kelly was my teacher. One semester, I got to return the favour by acting as her teaching assistant. She was also my senior thesis advisor for my short film As a Friend, which I was able to turn into my first feature As You Are after graduating. Working with Kelly in these various capacities, I learned that my peers’ assessments were true. She could be hard, and she wasn’t always gentle while critiquing work. (Why should she be?) More importantly, I realized why. Kelly treats film school like a film set. Like you’re on a job, which just so happens to be taking place in a classroom. You have to be on time, awake, well-fed (don’t even try to clandestinely unwrap a granola bar; Kelly will catch you, if Lucy doesn’t beat her to it from under the table), and, most importantly, prepared to work.

In Kelly’s “Sound and Picture” editing class, I remember hours of painstaking work. She would give us clips from films, without the sound. Our assignment most weeks was to rebuild the environmental sounds, tones, and foley. We wrote our own aural landscapes through Pickpocket and McCabe & Mrs. Miller. In class, Kelly would show us films. By show, I mean put a book in front of the projector, leaving us in the dark as we attempted to understand the narrative being built exclusively through sound. This class, specifically, was critical for me because I’d never thought that much about sound. Through my preliminary floundering, I very quickly learned how hard and important this component of any film was. 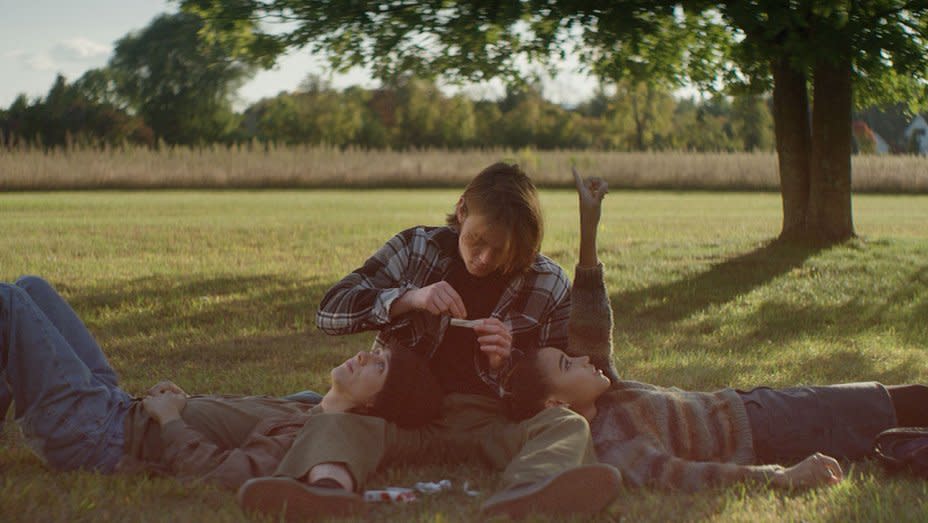 A still from Miles Joris-Peyrafitte's debut feature, As You Are, which was developed by his thesis supervisor Kelly Reichardt at Bard College.

With the help of Kelly, Peter, and yet another incredible filmmaker who happens to teach at Bard — So Yong Kim — I finished my senior thesis film and graduated in the summer of 2014. A year and a half later, As You Are premiered at the Sundance Film Festival, alongside So’s Lovesong and Kelly’s Certain Women. By the time I got to see Certain Women at my local theatre, Peter had recently died. Kelly’s film and Peter’s passing are inextricably linked for me, and I think they always will be. They carry each other’s weight, and call one another to mind. Peter’s way of seeing feels like it hovers in the film’s framing. I think what ultimately attracts me to people like Kelly and Peter is the way they render empathy in their real lives, and in the stories they know they need to tell. I mean the quiet kind. For me, the spirit of that was something I wanted to try to fold into my first film.

Nothing is being judged in their films. With Kelly, and Certain Women specifically, the characters are never manipulated. We discover them without narrative agenda as they exist in relation to their landscapes, which they navigate, for the most part, without sweeping emotion. They exist as we do, taking each moment or frame one at a time. Whether that means the building of a bomb in Night Moves, or taking care of a horse stable in Certain Women, Kelly shows people going about their work — and the time and labour of that work. We better understand the precarity of their lives — and by proxy, the characters themselves — through their pace. We share in their least presented moments, the dirty, monotonous intricacies of their day. The quiet kind of empathy Kelly showed me in film school is the same she shows her characters. I thank her for it.

Miles Joris-Peyrafitte’s feature As You Are played the TIFF Next Wave Film Festival in 2017. The film premiered at the 2016 Sundance Film Festival, where it won a Special Jury Prize. He is currently working on his second feature, Dreamland, with star and producer Margot Robbie.

The Most Remarkable Performance of the Year is Lily Gladstone’s

*River of Grass* Finds a Road in Reluctance