Growing up, I only had Mulan

As a kid, I only wanted to watch old musicals. They just felt like home to me. It changed every week, but no matter what I was watching, I’d say: “I want to be that person.” If it was West Side Story, I wanted to be Maria; if it was Funny Girl, I wanted to be Barbra Streisand. When I was seven years old, I decided to pursue a musical-theatre career. I played “Young Cosette” in a Broadway production of Les Misérables and then moved to Los Angeles to start auditioning for film and television.

Right away, my manager told me that because I was biracial, there weren’t very many parts I could be considered for. I would hear “they’re going in a different direction,” or that I “didn’t have the right look,” but really what they were saying was that it was too hard to place me into a family because they couldn’t figure out what I was. I come from Hawaii where it’s a melting pot.

Onstage, I played Scout in To Kill a Mockingbird. But when I came to California as a half-Asian actor, suddenly it was impossible to cast me. I couldn’t understand it. Why couldn’t I be the girl next door, or a family member in a biracial family? That’s who I was when I was growing up in Hawaii.

It was difficult for me until I turned 18. My first big thing was the movie Bratz, which was exciting because they were actually looking for someone who was part Asian, part Caucasian. I was able to sing, dance, and act, which allowed me to say: “Hey world, this is who I am and this is what I have to offer.” But people didn’t really know who I was until I got the role of Mona Vanderwaal on Pretty Little Liars.

One of the reasons Pretty Little Liars became so popular was because we were diverse. Girls could see a little of themselves in every character — these strong women fighting back and banding together. A core character on the show (Emily Fields, played by Shay Mitchell) was a lesbian and it was talked about. It was risky, it was bold, and it was popular because it pushed the limits of how women were represented on screen. 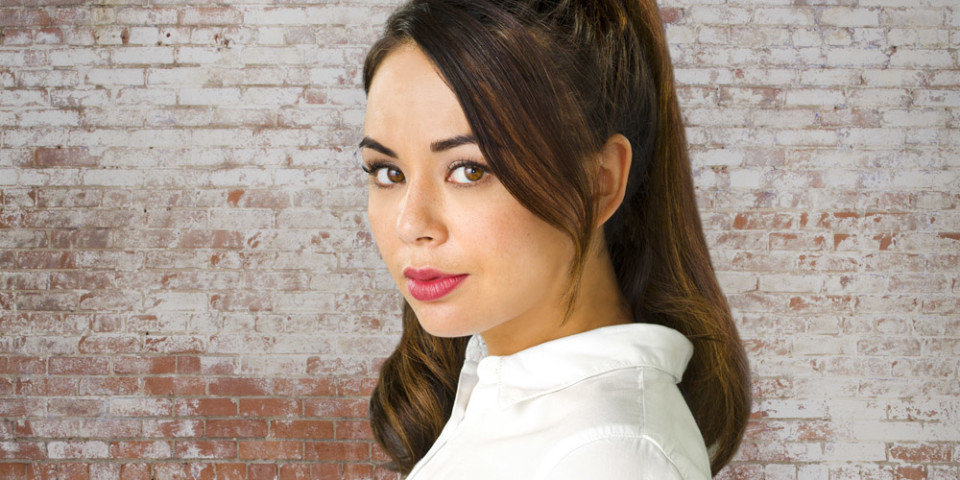 Janel Parrish played Sandy in a recent production of Grease at the Toronto Winter Garden Theatre.

Everybody wants to see something they can relate to; everyone wants to feel included. When you’re a little kid, you don't understand why there aren’t more of you on screen. I can’t remember a single film from my childhood where I saw an Asian-American lead and thought, “I identify with her.” Except Mulan who, luckily, was a total badass.

Right now, it’s my dream to star in a musical film. This year, I played Sandy in a Toronto production of Grease at the Winter Garden Theatre, which really felt like coming full circle as I am so the opposite of Olivia Newton-John. I would love to be the lead of a La La Land, a Moulin Rouge!, or the musical I grew up obsessing over, Miss Saigon. Lea Salonga was one of my idols. I just think that if I could play Kim, I could die happy. Seriously, my life would be made.

Women have a lot of strength and the roles we play should reflect that. We are powerful because we are emotional, empathetic, and compassionate. No matter what they look like or what their background is, everyone should have an equal opportunity to tell their stories. 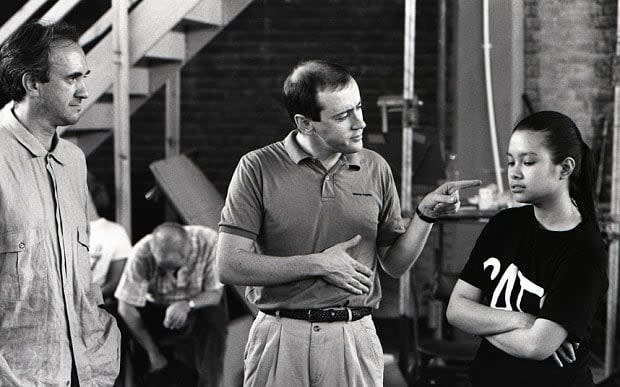 Lea Salonga (right), age 18, rehearses for Miss Saigon. In 1991, she would be the first Asian woman to win a Tony Award.

React to The Review

We believe a powerful film or work of art — or, uh, email newsletter — should generate a reaction. If you've got something to say, please SEND US A LETTER.

Here are two responses from our last issue, which was curated by Canadian filmmaker Wayne Wapeemukwa about the making of his film Luk’Luk’l.

I'm very glad to have had the chance to read this background before seeing the film. I'll be able to speak in support with knowledge and information when I hear criticism. Special love to you, Angel Gates. — Tamarack V.

I cried from beginning to end after reading this. I knew Angel Gates when I ran karaoke in New West. She was a young mom with a huge voice. I knew of her family issues and the losses she suffered, even at that young age. What I never had the chance to tell her was how strikingly beautiful she was and how I admired her for stepping up with her siblings. She sang like an angel and roared like the devil to speak up for her truth and love of the Downtown Eastside. While I've never had the life she's endured, I feel connected in a private, unknowing way to her. Angel, I want you to know that over the years, I've admired your strength, and even though we walk different roads, I hope they cross in the near future. I'm a fan; I'm a believer. Much love and respect. — Nora S.

“Directing in pasties is interesting”