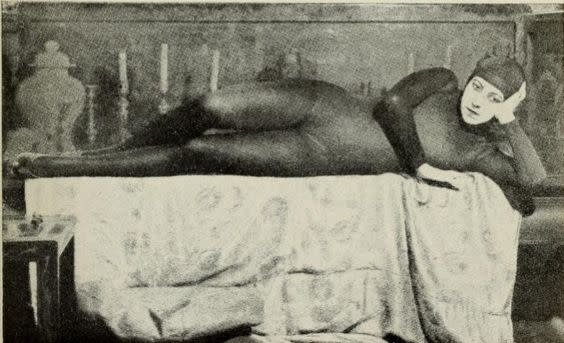 To mark International Women’s Day and celebrate the tremendous success of TIFF’s initiative Share Her Journey — a five-year commitment to increasing opportunities for women in the film industry, which as of January 2019 has raised a remarkable $2.2 million to directly support new programming aimed at tackling gender parity — here's another look at programmer Alicia Fletcher's invaluable series of essays about the trailblazing women of silent cinema. Find more links below to brush up on legends Louise Brooks, Lillian Gish, and Dorothy Arzner.

In Irma Vep, Olivier Assayas offers both a celebration of the origins of the French film industry and a critique of its contemporary state of schizophrenic disarray through a fast, funny account of a dysfunctional film shoot in present-day Paris. The film in question is a remake of Les Vampires, the famed 1915 serial by the great French filmmaker Louis Feuillade, which episodically chronicled the dastardly doings of a band of super-criminals who prey on Parisian society. “When the [producers] came to me and asked me to make a remake of Les Vampires, I told them they were out of their mind,” says burned-out New Wave director René Vidal (Jean-Pierre Léaud) to Hong Kong superstar Maggie Cheung (playing herself) in Assayas’ film. His objection hinges on one of the serial’s most iconic characters: Irma Vep (anagram of “vampire”), the beautiful and deadly Vampire operative who stalks the roofs of Paris in a catsuit, who was incarnated in the original serial by the legendary actress who went by the screen name “Musidora.” Explaining to Cheung why he wants to cast a Chinese actress as his new Irma, Vidal lays it out plainly: “A French actress cannot be Irma Vep after Musidora. It’s blasphemy.” 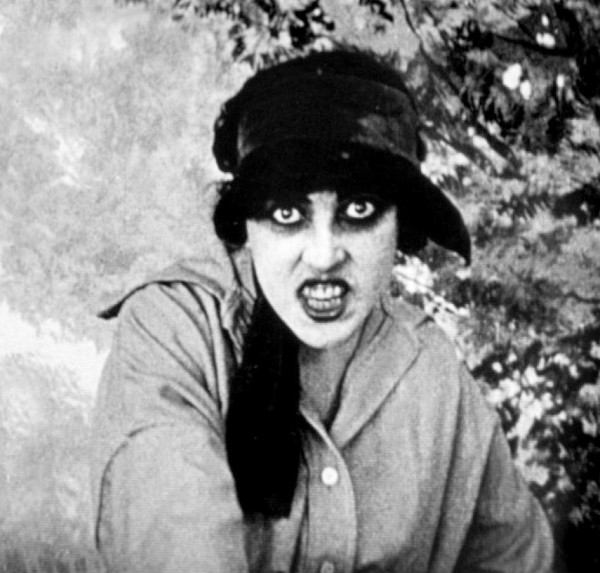 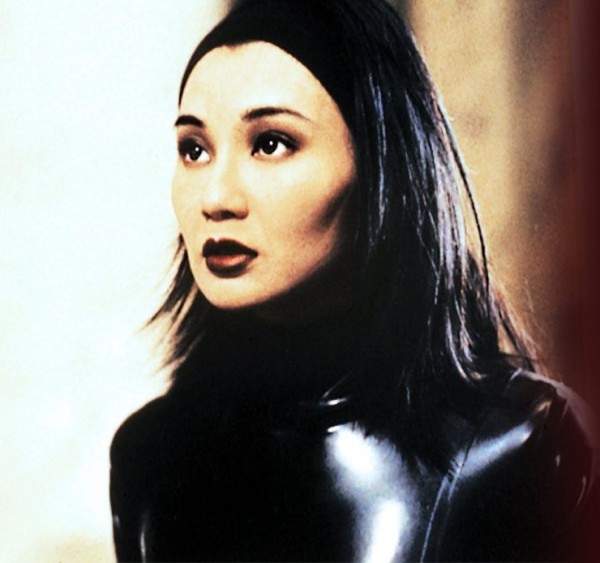 Deathly pale, with intense kohl-rimmed eyes and often baring a gruesome sneer, Musidora (real name Jeanne Roque) made herself immortal in Les Vampires, but she was no one-hit wonder. In addition to embodying the iconic Irma, she was also a feminist and queer pioneer, a famed actress, screenwriter, director, and producer, as well as the poster child of Europe’s avant-garde in the 1910s. Aggressive yet graceful, terrifying yet alluring, with a measure of androgyny and a flare for the dramatic, she was one of French cinema’s first true superstars, and her Irma has inspired filmmakers and artists for more than a century.

Born in Paris in 1889, Roque committed herself to the arts at an early age, writing her first novel at the age of 15 and appearing in Parisian theatre and cabaret productions, including some staged at the renowned Folies Bergère. In her early 20s she became interested in France’s burgeoning film industry, and made her screen debut in Raphael Clamour’s Les misères de l'aiguille (1914), a socialist- and feminist-infused film that documented the plight of urban women workers. Looking to brand herself and gain a stronger foothold in the industry, Roque adopted the moniker “Musidora,” which in Greek translates to “gift of the Muses.” 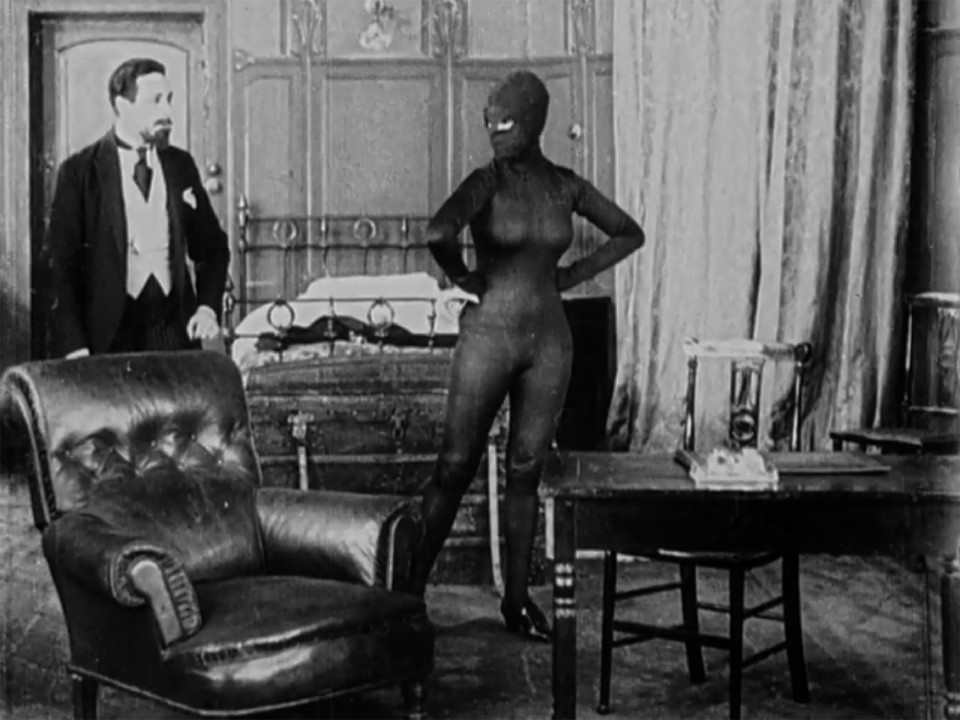 Soon thereafter, Musidora was cast by Feuillade as the lead female villain of Les Vampires, and her unique make-up, exotic costuming, and sinuous physicality did much to contribute to the ten-part serial’s outstanding box-office success. Thanks to her performance as Irma, Musidora became France’s leading actress, with her distinctive face recognized around the world.

After playing another tough female criminal in Feuillade’s Vampires follow-up Judex (1916) — a serialized thriller about an avenging caped crusader, which was reverently remade by Georges Franju in 1963 — Musidora expanded her repertoire to include screenwriting, editing, directing, and producing under the auspices of her own production company Société des Films Musidora.

However, like such fellow silent-era female pioneers as Lois Weber and Nell Shipman, Musidora faded into obscurity in the 1930s, and by the 1950s she was living in poverty. In the years immediately preceding her death in 1957, she was discovered by Henri Langlois, founder of the Cinémathèque française, who secured her a job at the theatre’s box office. (One wonders if the future nouvelle vague filmmakers such as Godard and Truffaut, who religiously attended screenings at the Cinémathèque, recognized the still-living legend who handed them their change.) It is fitting that, in her final years, Musidora was entrenched at the institution that would do so much to keep her legacy alive through its celebration of Feuillade and his screen muse. 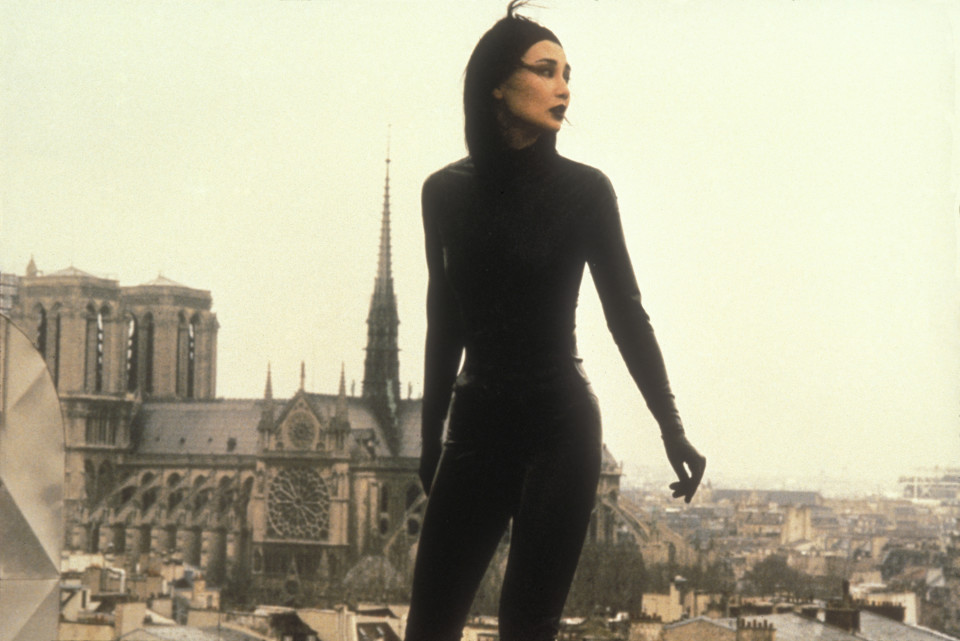 While Assayas’ Irma Vep is by far the best-known cinematic tribute to Musidora, it is but part of an entire artistic lineage that paid homage to the actress’ iconic likeness. Poster designers in the teens and ’20s had already recognized the graphic possibilities of Musidora’s vivid visage and catsuited silhouette. 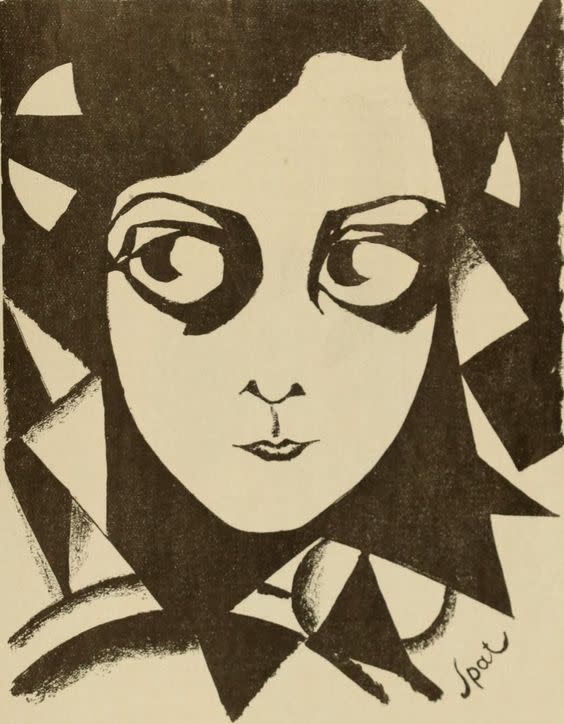 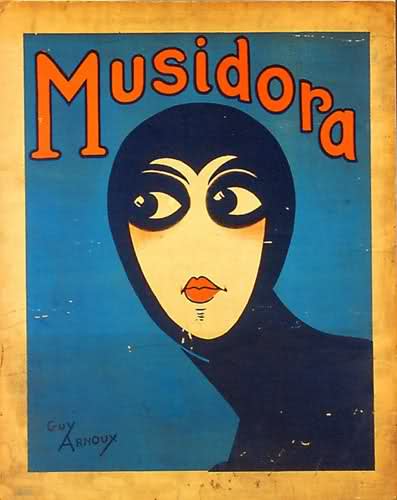 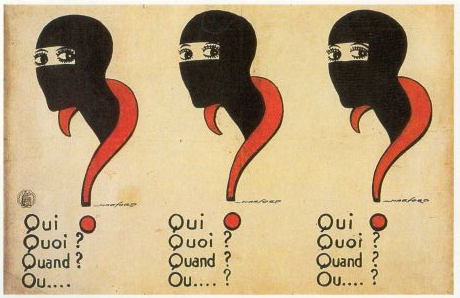 In the 1950s, famed fashion illustrator René Gruau transformed the deadly dame into an icon of haute couture, while in her 1985 photography series Sur les toits (On the Roofs), artist Béatrice Tatareau and model Lys Reygor recreated Irma’s wall-scaling exploits.

In 2013, the Eli and Edythe Broad Art Museum at Michigan State University premiered video artist Michelle Handelman’s tribute to the legacy of Musidora and her most recognizable role with Irma Vep, The Last Breath, a multi-channel installation currently on tour. Comprising four individual screens, Handelman’s piece reflects on the transgressive elements of Musidora, both in her screen image and her personal life. (The openly bisexual actress had a lengthy list of lovers in Parisian art circles, and also had a long-term affair with famed novelist, journalist and playwright Colette; Musidora even produced a number of the latter’s most highly regarded plays.)

Starring transgender activist, artist, actress, and producer of television’s Transparent Zackary Drucker, as well as drag icon Flawless Sabrina, Handelman’s piece utilizes Musidora’s persona to comment on contemporary projections of queerness and the fluid evolution(s) of gender identity throughout the past century. 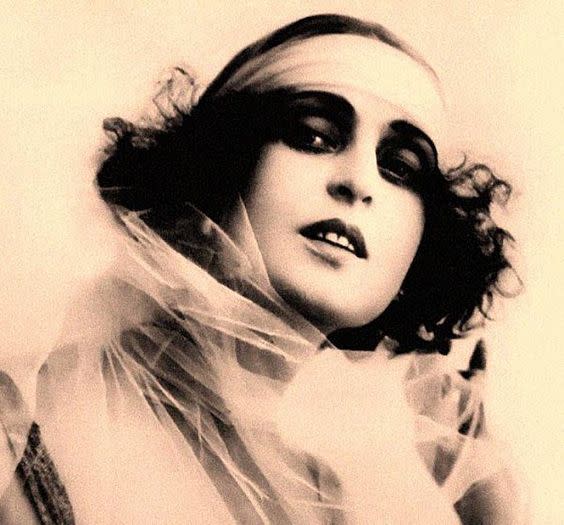 Musidora was (and is) more than her image. In the early era of the French film industry, she was at once an emblem of modernity, a boldly divergent voice, and an all-round artistic entrepreneur during that lamentably brief period in silent-cinema history when women could expect increased opportunity and respect for their work behind the camera. As the homages paid her by Assayas, Tatareau, Handelman and others attest, Musidora truly is a muse for the ages.

Forever "The Girl from God's Country"

The Ladies of Lloyd

Lillian Gish: Mama with a Shotgun