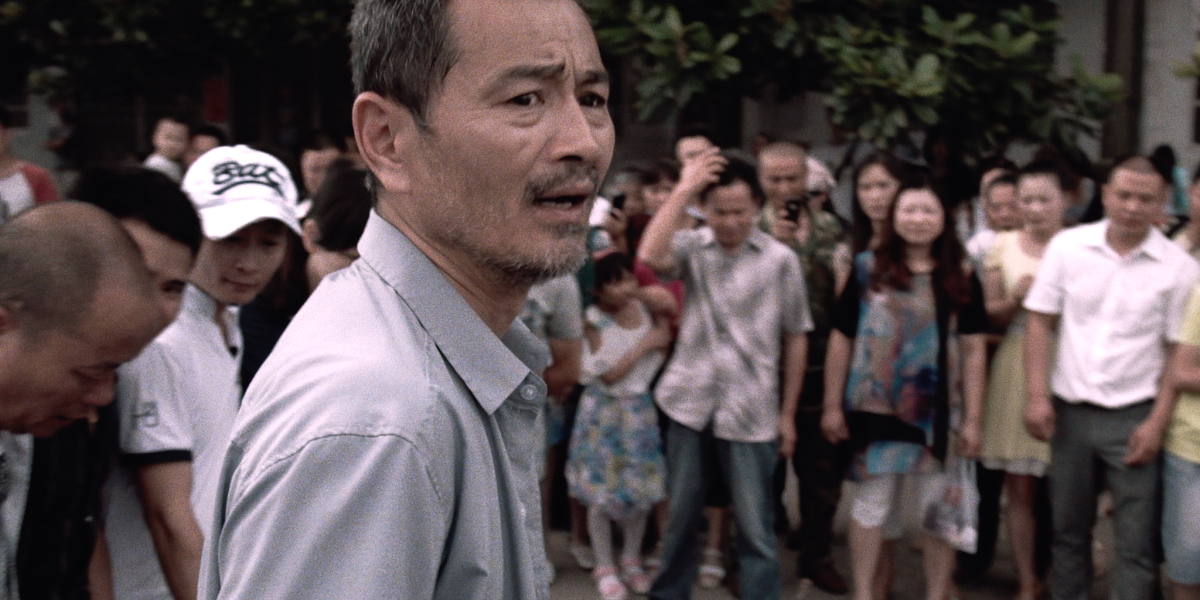 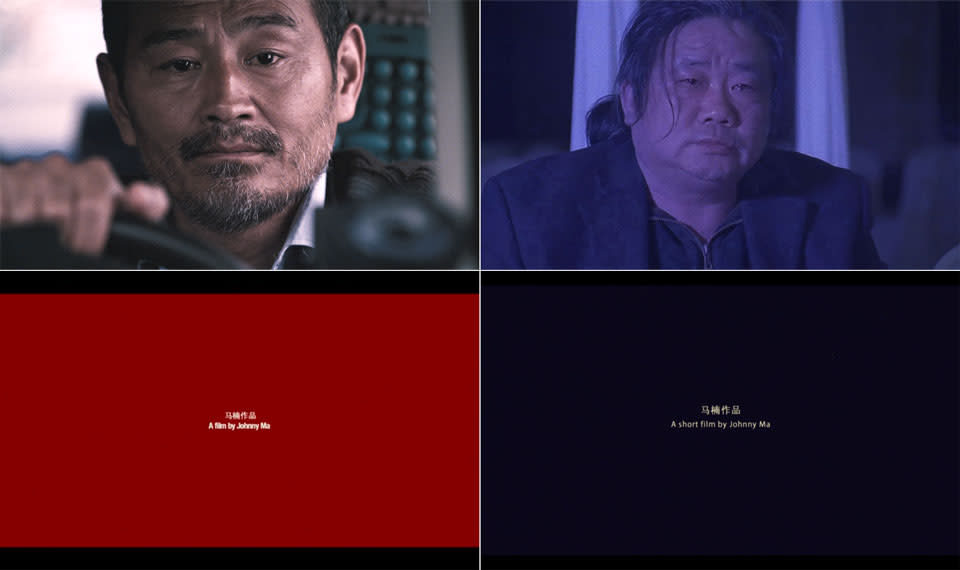 A Chinese “psychic” once told me… or, more specifically, it was my uncle, who used to run the Beijing department of the “People with Specials Powers” (as it was called officially by the government at the time). After observing me for 10 minutes without saying a word, my uncle finally broke the silence and proclaimed that in order for me to succeed as a filmmaker, I had to learn how to explore the “in-between” of the two cultures I was from. I thought about it for a moment and asked my uncle if he knew this because he also had some psychic powers based on where he worked. He replied plainly… no.

To my uncle and other Chinese people that I have met, I am one of the “in-betweens.” Although I was born a Chinese, I look, sound, and feel like a foreigner. Even though I had spent most of my formative years (from age 10 onwards) in Toronto and Vancouver, I am still often asked, “Yeah, but where are you from originally?” For many years I told people both answers, to the point where I didn’t really know.

I carried this confusion of identity with me when I first began to make films in the late 2000s. At first, I attempted short films in Australia (The Robbery), the United States (Play), and even Brazil (O Genio de Quintino) — basically anywhere that was not where I was from. Something was keeping me from exploring the world where I was born and know best, out of fear of failing at attempting something truly personal. Maybe it was a belief that no one would find my stories interesting, given my lack of belonging to any one real place.

It was perhaps this lack of belonging that led me to pursue a career in filmmaking, where you often end up planted across the world for months at a time. I set Old Stone, my first feature (screening at Canada’s Top Ten Film Festival on January 14 and 16 at TIFF Bell Lightbox), in a small, dusty third-tier city in China. It is a story about a Chinese taxi driver who commits a good deed to save another person’s life, but then is punished for it to the point of turning evil. I wanted to make a cautionary tale of how difficult it is to stay empathetic in a world where self-interest has become the number one motivating factor for how we all behave.

When I first thought of the idea, I wanted to set the story in the West. At one point, I even tried to jumpstart the project with the idea of Detroit as the setting and Michael Shannon playing the lead. When people asked why I wanted to take the story out of China, I explained that the film would inevitably be depicting a negative society. Since China was such a hot topic in the West, I didn’t want that to be the main discussion over the story’s universal theme. That was partially true — I was also just deeply afraid. Afraid of facing a world and people painfully familiar to me who I still felt alienated from. My worst nightmare would be if I was not able to make the film as well as a local Chinese filmmaker would.

In many ways, the journey to where I am now, a Chinese-Canadian filmmaker with one finished feature under his belt (getting ready for his second), really began with a decision back in 2012 when I was still a film student. I wanted to take a long trip to China and to make a short film called Grand Canal. If you would indulge me and read on, I’ll reflect on that particular time of my life and how three movies helped me to both fall deeply in love with ’90s Chinese cinema and find my voice.

To give context, I have decided to make Grand Canal available for public viewing, the link will be released with the help of Vimeo Premieres Staff Picks on Feb 1st. Please look out for it.

When I re-watched the opening of this film as an adult in 2012, it brought back vivid memories from my own childhood. I remember standing on a bridge in Shanghai’s Suzhou river with my father, watching the caravans of barges pass below. I always thought they looked like some mysterious dark lizards half-submerged in the garbage-filled water, puffing up dark smoke. It was seeing Lou Ye’s movie again after many years that convinced me to live for two months in a water canal town five hours north of Shanghai, in order to find the characters for my own short film.

Funnily enough, three years later, Suzhou River’s producer Nai An (a legendary figure in the “Six Generation” Chinese film scene) would see my then-completed Grand Canal. She told me that seeing the opening boat montage in my film brought back floods of memory of her and Lou Ye’s own struggles trying to make their film almost 20 years ago. She would eventually come on board as the executive producer of my first feature film.

In 2016, Old Stone was selected for a world premiere in the Forum section of Berlinale. Underneath all the fear and anxiety of trying to get the film ready, I was ecstatic to learn that the forum was also the place where Jia Zhang-ke’s first feature* Xiao Wu* had debuted almost 20 years earlier.

After my own premiere, I sat down at lunch with the Berlin programmer who had first discovered Xiao Wu 20 years ago. He told me that it had been a 48-hour marathon of watching submissions and everyone was exhausted. But someone on the team was able to muster up the energy to try one more film for luck before calling it a night, and that’s when they pulled out a VHS tape submission from China with the title Xiao Wu. "We knew immediately this was the arrival of an important new voice," the programmer told me, with such a look in his eyes that I could not help feeling a little jealous.

My first time seeing Xiao Wu and Platform felt equally monumental. Even though both films were set in a time period in China that I was not even present for, I felt a connection and familiarity to the characters that I have never experienced with any films. Even the soundtrack felt strangely familiar, as if I known these songs all my life.

Watching Xiao Wu again in 2012 made me want to use 16mm film as an homage to ’90s Chinese Cinema. More than that, I wanted Grand Canal to feel like it was actually made in the ’90s, a lost relic, dug up, and living inside one of those VHS tapes.

Three years later in 2015, I was delighted to have Wang Hongwei, the main actor of Xiao Wu and Platform, to play a small part (the role of the taxi captain) in Old Stone. My producer and I felt that even if our film turned out to be completely atrocious, at least we would’ve had the real “Xiao Wu.” I should also note that Old Stone’s Chinese title is Lao Shi, a simple name just like Xiao Wu. It’s a title that my Chinese investors hated and tried to get me to change time and time again. But to me, it was a small but important gesture of dedication to a film that had meant so much to my collaborators and myself, and to Chinese cinema.

Most people in 2016 will know Jiang Wen as "Baze Malbus" in the new Star Wars spinoff Rogue One. But in the ’90s, Jiang was already a well-known actor in China, perhaps even its very best. When he made the foray into directing, the decision was met by many people with skepticism. Although his final finished film is a relatively conventional coming-of-age story made for a commercial market, there is one particular breaking of cinematic forms which made this film an absolute masterpiece of ’90s Chinese cinema. To me, Jiang’s film is a reminder that there are no rules in cinema, except the ones we as creators set in our world. As long as we do everything with honest emotion and truth, it will always magically work out. I will leave it at that, and let you discover this gem for yourself.

Although there are other notable films that I loved from that golden era of Chinese Cinema (Li Yang’s Blind Shaft, Zhang Yang’s Shower, Lou Ye’s Summer Palace, Ang Lee’s The Wedding Banquet and Eat Drink Man Woman, Edward Yang’s A Brighter Summer Day and Yi Yi), it was these three films that I referred to my collaborators whenever they asked me how I wanted Grand Canal to feel like. I told them that our intention was not to imitate, but to somehow have our film live in between the gaps of these great works. The words "in between" being the key, as foretold by my psychic uncle years before. Finally, I was starting to find my voice that was neither a Canadian nor a Chinese filmmaker's, but something that was in the middle. It was one that felt at last closer to who I am, somewhere "in-between" it all.