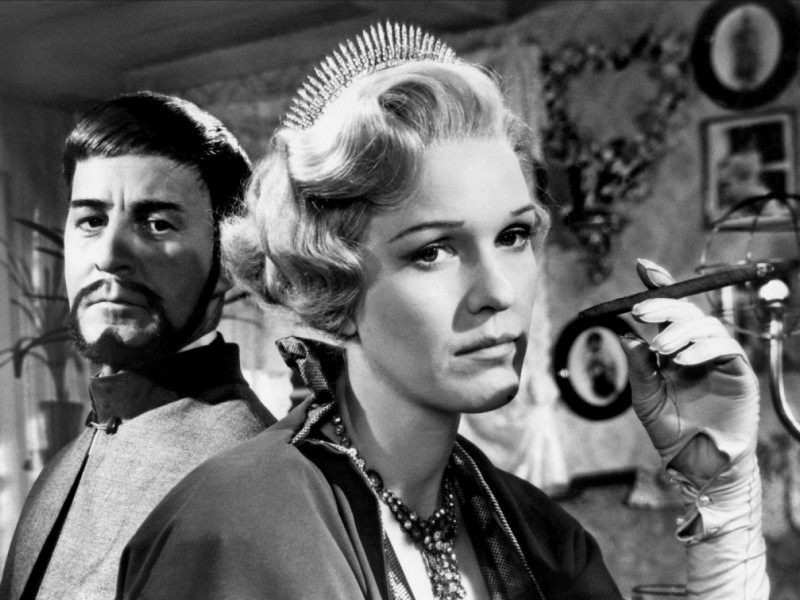 Part of a series of profiles of the great actresses featured in this season’s flagship TIFF Cinematheque programme Bergman 100: The Ingmar Bergman Centenary.

The effervescent star of Smiles of a Summer Night, one of Bergman’s key films of the 1950s, Eva Dahlbeck (1920–2008) occupied a very different position in both the director’s oeuvre and his “stock company” of performers from many of the other legendary women associated with his cinema. Unlike Harriet and Bibi Andersson or Liv Ullmann — all of whom began working with Bergman very early in their careers and all of whom had their respective cinematic identities strongly shaped or refined by him — Dahlbeck was a successful stage and screen actress for almost a decade prior to her first film with Bergman, the filmmaker’s first major hit Secrets of Women (1952). Beginning her acting studies at Stockholm’s Royal Dramatic Theatre School in 1941, Dahlbeck made her film debut in Gustaf Molander’s Ride Tonight the following year, and over the course of the decade she played a range of roles on both stage and screen, including a compelling femme-fatale turn in Molander’s Eva (1948), which was co-written by the young Bergman.

By the time she began her decade-plus collaboration with Bergman, she was a mature and self-confident actress, who — along with her frequent acting partner Gunnar Björnstrand, a Bergman regular since the director’s early films It Rains on Our Love and Night is My Future — helped turn the gloomy, still relatively inexperienced young cineaste into a maker of surprisingly deft and delightful comedies. “There was something fateful about the meeting between the three of us,” Bergman writes in his memoir Images: My Life in Film. “They felt immediately that although I had perhaps not yet written a spectacular text, the collaboration offered them great opportunities. On my part I was panic-stricken as I attempted for the first time to make a comedy. With overt confidence in me and great tact, they taught me how I should go about it.” 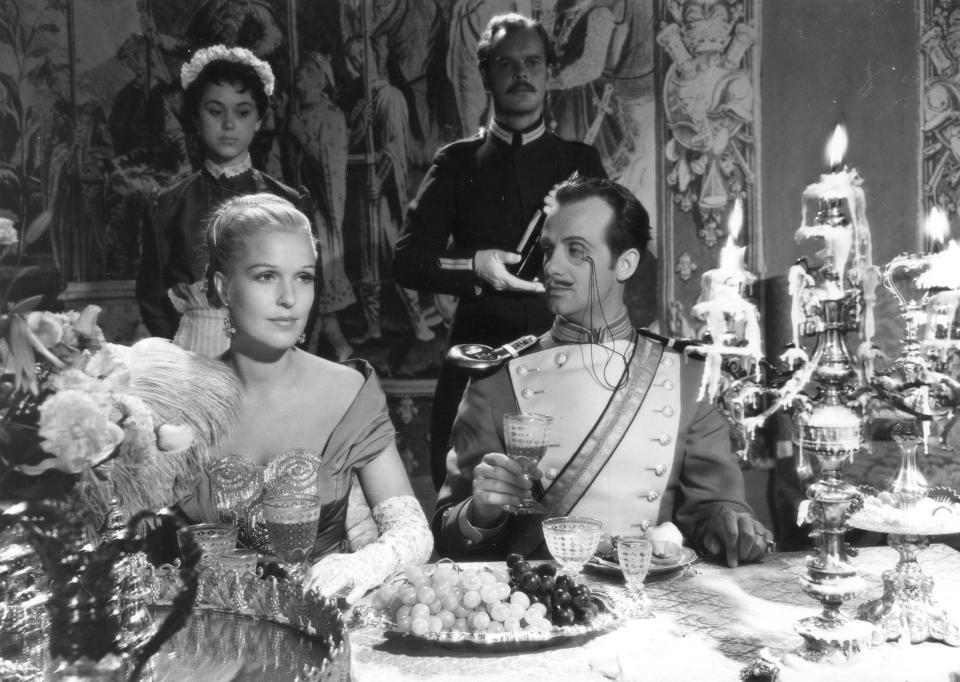 Beyond her experience, Dahlbeck’s demeanour also set her apart from the frequently fraught women played by Bergman’s other great actresses. Bergman fondly nicknamed Dahlbeck “Battleship Femininity,” which perfectly encapsulates the actress’ vigour and indomitable spirit on screen. In almost all of her films with Bergman, Dahlbeck plays a beautiful, intelligent, sophisticated woman who knows what she wants and skillfully manipulates everything (and everybody) around her in order to make sure she gets it. “Her power over men is of a singular quality,” a theatregoer says of Dahlbeck as the celebrated actress Desiree Armfeldt in Smiles of a Summer Night, but that power resides not just in the actress’ beauty and seductiveness. With her unfailing elegance and majestic movements, her witty asides and carefully orchestrated teasings and tantrums, Dahlbeck reigns over every scene in which she appears. While Bergman often likened himself to a “puppetmaster,” Dahlbeck’s Desiree is the one who pulls the strings in Smiles, memorably declaring “Men never know what is best for them: we have to set them on the right track.” 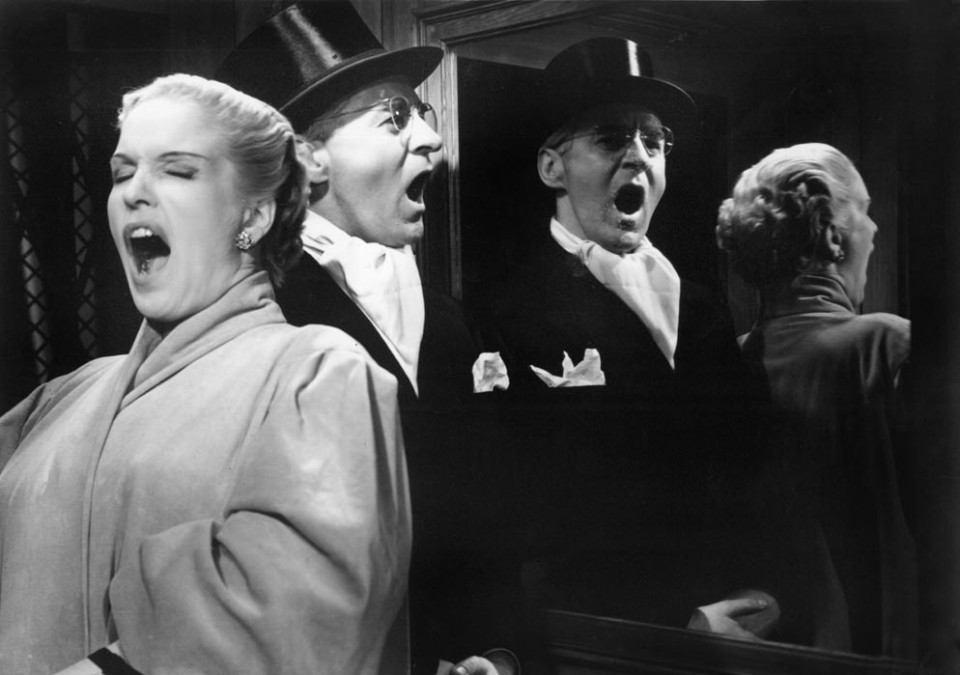 Dahlbeck and Björnstrand in Secrets of Women

The actress’ ability to command the screen is already on ample display in Secrets of Women, where she and Björnstrand bring brio to novice farceur Bergman’s comic sketch of a squabble between two lovers in an elevator. In Images, Bergman recalls that at one point during the shooting, he became so nervous about his ability to handle this kind of comic sequence that he was unable to continue. However, the audience response to the finished film vindicated him, and he was properly grateful to the performers who had pulled it off: “For the first time, I heard an audience laugh at something I had created,” Bergman writes in Images. “Eva and Gunnar had experience in comedy and knew exactly the many ways to skin a cat. That this little comedy routine in the narrow space of the elevator was funny is completely thanks to them.” 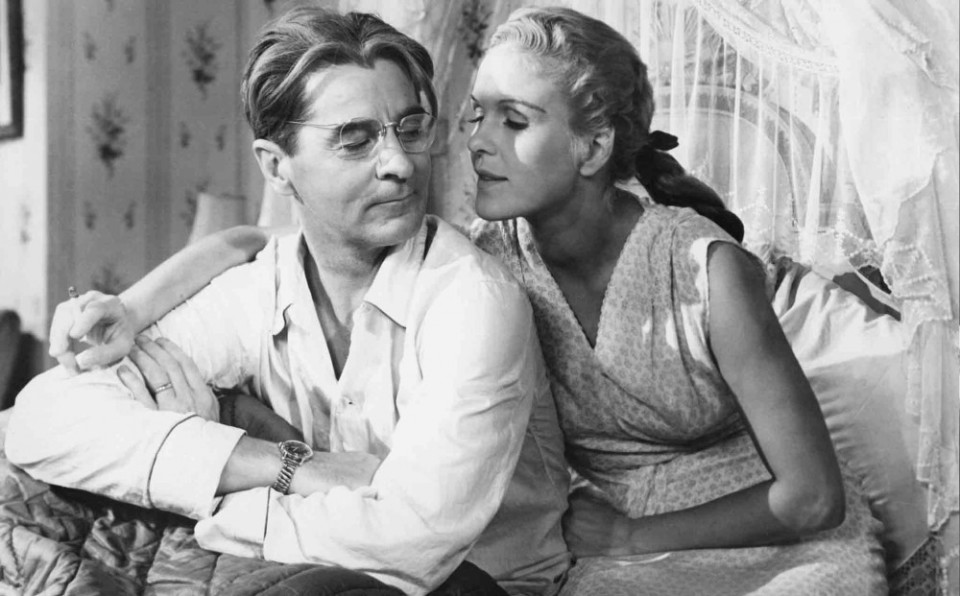 Björnstrand and Dahlbeck in A Lesson in Love

The success of this comic sequence in Secrets of Women — combined with the dismal box-office returns for his expressionistic drama Sawdust and Tinsel, and his need to repay that film’s producer with a more commercially viable project — inspired Bergman to tackle a feature-length comedy for his next film. A Lesson in Love reteams Dahlbeck and Björnstrand as a married couple who are driven to the brink of divorce when the middle-aged gynaecologist husband succumbs to a desire for an affair. Turning the tables, Dahlbeck embarks on a revenge affair of her own, but her abiding love for her cheating spouse ultimately compels her to return to him.

While Dahlbeck and Björnstrand once again make marvellous comic partners, the film’s most hilarious scene belongs to Dahlbeck alone, in a flashback scene recalling how the couple got together in the first place. On the brink of marrying another man (Åke Grönberg), Dahlbeck realizes that she loves Björnstrand, her fiancé’s best friend, instead, and she then turns her breakup with Grönberg into a slapstick battleground. Utterly unapologetic and without a trace of guilt, she attacks and accuses, mocks and slaps her bewildered betrothed, leaping about the room and even jumping atop the dinner table; when the distressed Grönberg pratfalls next to a piano, Dahlbeck ends the scene with a burst of unforgettably sarcastic laughter. 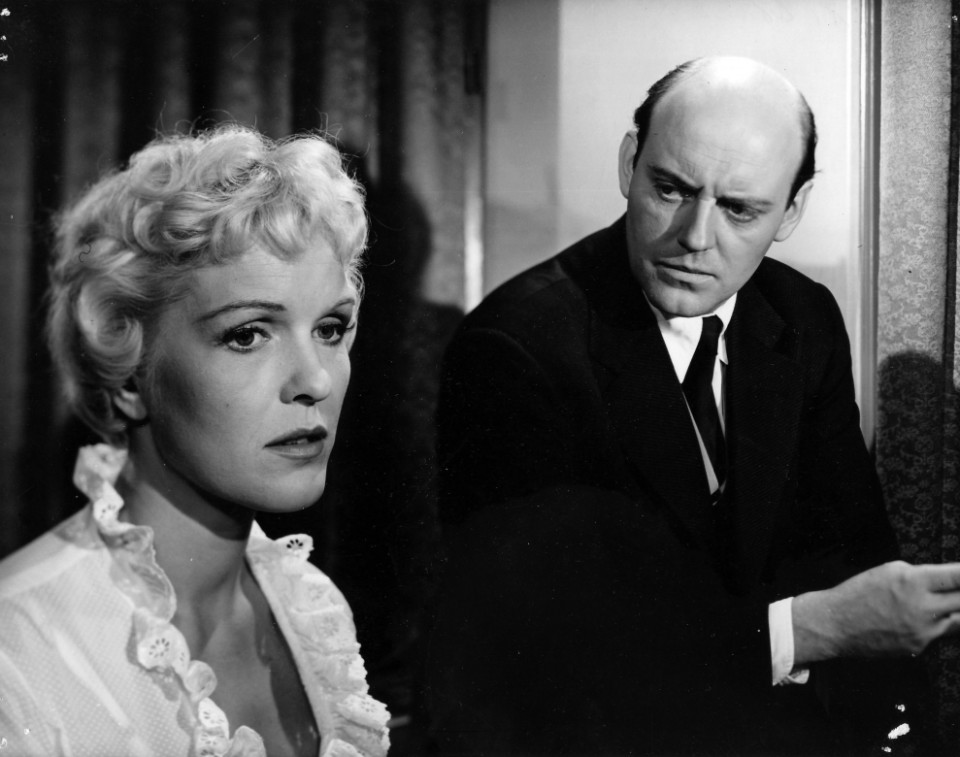 In 1955, Bergman cast Dahlbeck consecutively in two films, Dreams and Smiles of a Summer Night. While the latter became a huge hit and gave Dahlbeck her greatest role, the former — in which she plays Susanne, the head of a fashion photography studio who rekindles an affair with her now married former lover Henrik (Ulf Palme) — reveals that, beyond her comic gifts, she was able to depict profound and complicated emotions in a more dramatic register. In a scene where Susanne calls Henrik on a public phone in a café, Bergman keeps the camera on Dahlbeck’s face in close-up for more than two unbroken minutes, as the actress conveys Susanne’s yearning, anguish, and frustration through minute gestures, the tentative tone of her voice, and her gloved right hand which calmly touches her cheek. When Henrik finally answers the phone, her hand slowly comes down near her lips, then she closes her eyes and begs Henrik to visit her; when he twice refuses her request, Susanne pauses and stays silent for few seconds, breathing heavily, as if the world is going to end. Later, after Susanne has been humiliated by Henrik’s wife in a hotel room, Dahlbeck’s pale, tormented face is once again captured in close-up. When Henrik stretches his hand into the frame to soothe her, Susanne says aloud, as if to herself, “I was stupid … so incredibly, disgustingly, terribly stupid,” before asking Henrik to leave the room. As soon as he obliges, she seems terrified and in pain, experiencing the horror of losing her love forever; however, the most frightening aspect of this scene is that when Henrik returns soon thereafter to reclaim his bag, Susanne becomes soft again in spite of herself.

Scenes such as these attest not only to the remarkable range of Dahlbeck’s talents, but also to how important she was to Bergman’s cinema as the filmmaker entered his first period of international acclaim in the 1950s. It’s a bit sad, but perhaps also fitting, that she gave her final performance for Bergman in All These Women (1964) — the filmmaker’s last attempt at comedy before he ventured off to explore the frightening interior realms of Persona, with an important new actress.

It Rains on Our Love

Night is My Future

A Lesson in Love

Liv and Ingmar: Face to Face