From Breakfast at Tiffany's to Bad Education, Michael Stipe and Morrissey to Nelson Muntz, we trace the long history of the croon-tastic classic 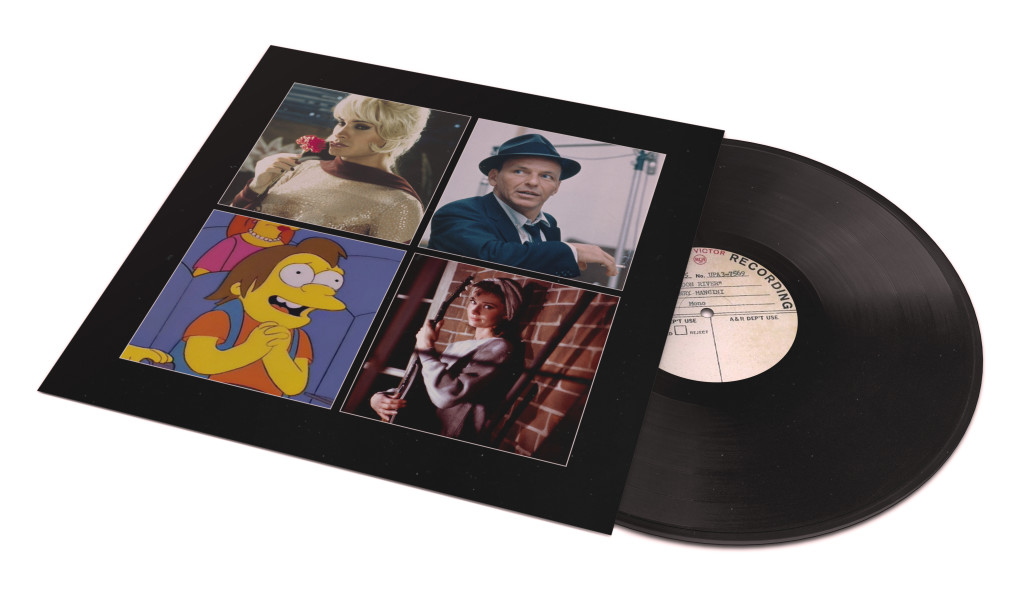 In this ongoing series, Chris Cummings — a.k.a. Toronto chamber-pop sensation Marker Starling — unearths some of the film songs, scores, and musical moments that have helped shape his love of cinema, and explores their afterlives beyond the film frame.

In a childhood flashback sequence early on in Pedro Almodóvar’s Bad Education, the film’s protagonist Ignacio Rodriguez sings a Spanish version of Henry Mancini and Johnny Mercer’s “Moon River” (accompanied by the pedophilic priest Father Manolo on guitar), whose lyrics differ greatly from the familiar English lyrics. In place of the Mark Twain-invoking “my huckleberry friend,” the Spanish lyrics demand of God, “Yo quiero saber qué se esconde en la oscuridad” (“I want to know what is hidden in the dark”), while the second verse opens with these haunting phrases: “Río y luna, dime dónde están / mi dios, el bien y el mal / Decid” (“River and moon, tell me where they are / My God, good and evil/Tell me”).

Almodóvar’s provocatively transgressive use of this instantly recognizable standard is a perfect example of the light touch the director brings to dark material: the creepy context of this cover version both undermines the song’s vision of serene innocence while embodying it at the same time.

While Breakfast at Tiffany’s, the 1961 Blake Edwards film that “Moon River” was originally written for, was an altogether different proposition from Bad Education, the song somehow suits both films equally well in their evocation of lost innocence within an atmosphere of wised-up cynicism. After the song’s introduction in the opening scene — where Mancini’s harmonica-led rendition (with a crisp eight-voice choir) lends a wistful air to Edwards’ contrast of Manhattan luxury and glamour with early-morning emptiness — Audrey Hepburn’s fashion plate Holly Golightly dresses down to croon it from the fire escape of her apartment, nicely encapsulating the little-girl-lost still dwelling beneath the veneer of big-city sophistication.

Mancini later boasted that he had written the song’s melody and chords in the span of half an hour, basing it on what he knew to be Hepburn’s limited vocal range (evidence gleaned from the actress’ performance of the similarly constrained Gershwin composition “How Long Has This Been Going On?” in the 1957 musical Funny Face). Mercer, meanwhile, took inspiration from his own childhood growing up in Savannah, Georgia — a Southern heritage he shared with both Hepburn’s Holly and her original creator Truman Capote, who had authored the far nastier novella on which the film was based — in crafting the song’s nostalgic lyrics; he later explained that the memorable invocation of “my huckleberry friend” was based on his memories of picking huckleberries with his cousin along an inlet near his home named Back River, which was later renamed “Moon River” in light of the song’s subsequent fame.

“Moon River” took home the Oscar for Best Original Song at the 1962 Academy Awards ceremony, where it was performed by the mesmerizing crooner Andy Williams.

Williams subsequently became virtually synonymous with the tune when he adopted it as the theme song for his ’60s TV show, and named his Branson, Missouri-based production company and theatre venue after it to boot.

The success of “Moon River” marked a turning point for its creators as well. Mercer, a long-time showbiz veteran — who had earlier written the lyrics for such perennials as “Hooray for Hollywood” and “One for My Baby” — was down on his luck by the ’60s, a man out of time after rock and roll had pushed him aside. Mancini’s career, meanwhile, was on the upswing: a former member of Glenn Miller’s band, he had made his Hollywood breakthrough by arranging all the music for Anthony Mann’s 1954 biographical drama The Glenn Miller Story, and subsequently composed the explosive Latin jazz score to Orson Welles’ Touch of Evil and provided the instant-classic themes for TV’s Peter Gunn and Mr. Lucky, both of which were created by future Tiffany’s director Blake Edwards.

The teaming of Mancini and Mercer on “Moon River” not only put Mercer back on top again, but led to further M-and-M collaborations, including “Days of Wine and Roses” — the title theme for Edwards’ 1962 follow-up to Tiffany’s, which won the pair another Oscar — and “Charade,” from Stanley Donen’s same-named 1963 caper starring Cary Grant and Holly Golightly herself, Audrey Hepburn. Solo, Mancini also went on to create two of the most indelible earworms of the 20th century with his immortal theme tune for Edwards’ The Pink Panther and “Baby Elephant Walk” from Howard Hawks’ Hatari! — though his own favourite of his movie music was his theme song for the (again!) Hepburn-starring romance Two for the Road (given a nice reading here by Peggy Lee).

“Moon River,” however, has without question had the longest, most varied, and most ubiquitous life of any Mancini composition — which makes it uniquely affecting to return to the song’s origins in Mancini and Mercer’s demo version of the song (beautifully sung by Mercer), which was released to the BBC in 2015.

Here’s Jerry Butler’s wonderful 4/4 treatment of the song (the original is in 6/8 time), which was the first vocal version to hit the top of the charts in 1961:

Louis Armstrong’s version, also from 1964, is very poignant, with a heartbreaking trumpet solo in the second half:

In this 1965 television appearance, Lena Horne gives a fervent and convincing performance that endows the lyrics with a whole new meaning, begging the question: was “Moon River” a civil rights anthem?

This Italian-language version by Bobby Solo from 1966 is spectacular:

But perhaps the nicest cover version of the ’60s is by South African singer Danny Williams, who was known as “the Johnny Mathis of the UK”:

This 1981 Lawrence Welk Show clip demonstrates the less sensitive treatment to pop orchestral arrangement that began to dominate in the 1970s: heavy ornamentation, glutinous textures, no empty spaces. Comparing this drippy version with the Danny Williams cover above, you can hear the contrast between the fresh, original arranging style of the 1950s and ’60s with the more turgid and tired sound of the ’70s. (How this happened, and why, is a book-length subject.)

The song’s original version was memorably used by Oliver Stone in Born on the Fourth of July:

R.E.M. frequently included the song in their ’80s-era live sets:

Former Smiths frontman Morrissey’s unlikely 1994 version audaciously rewrites the lyrics, changing “There’s such a lot of world to see” to “I’m not so sure the world deserves us”:

Hilariously, the Three Tenors did a live version in 2001:

For those interested in hearing more, this half-hour BBC radio documentary from 2002 goes into a lot of detail about Truman Capote’s writing of the Breakfast at Tiffany’s novella, how the mood of “Moon River” was suggested by Holly Gollightly’s character (Mercer wrote three sets of lyrics for the melody, one of which was titled “I’m Holly”), Johnny Mercer’s life, and the effect that “Moon River” had on regular people’s lives in the 1960s.

Deep Cuts: "Wild is the Wind"