A Community of Rebels 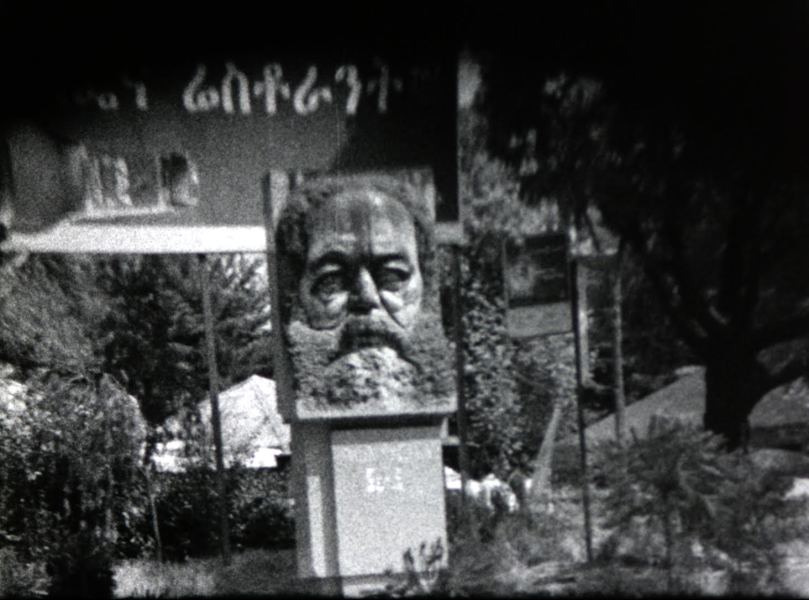 Taking inspiration from the concept of Jean-Marie Straub and Danièle Huillet, in our series of visual essays Landscapes of Resistance we have asked filmmakers and artists to contribute an image, or a series of images (still or moving; interior or exterior; from one of their films, somebody else’s film, life, or elsewhere), that represents for them a site of resistance — to power, authority, injustice, forgetting, or any other force that works to constrain or control.

“What happened here? What is it that here, in what has passed, continues to pass?” —Maria Gabriela Llansol, LisboaLeipzig 1. O encontro inesperado do diverso

I once encountered a black-and-white photograph printed in a newspaper: the remnants of a commune. It shows a tree, a standing ruin, a shadow projected from its wall to the ground, a well, and an open field with stones and flowers. It might go unnoticed, but the picture’s inscription — “Comuna da Luz” (Commune of Light) — was enough to create a spark, and reveal a thread I couldn’t help but follow. 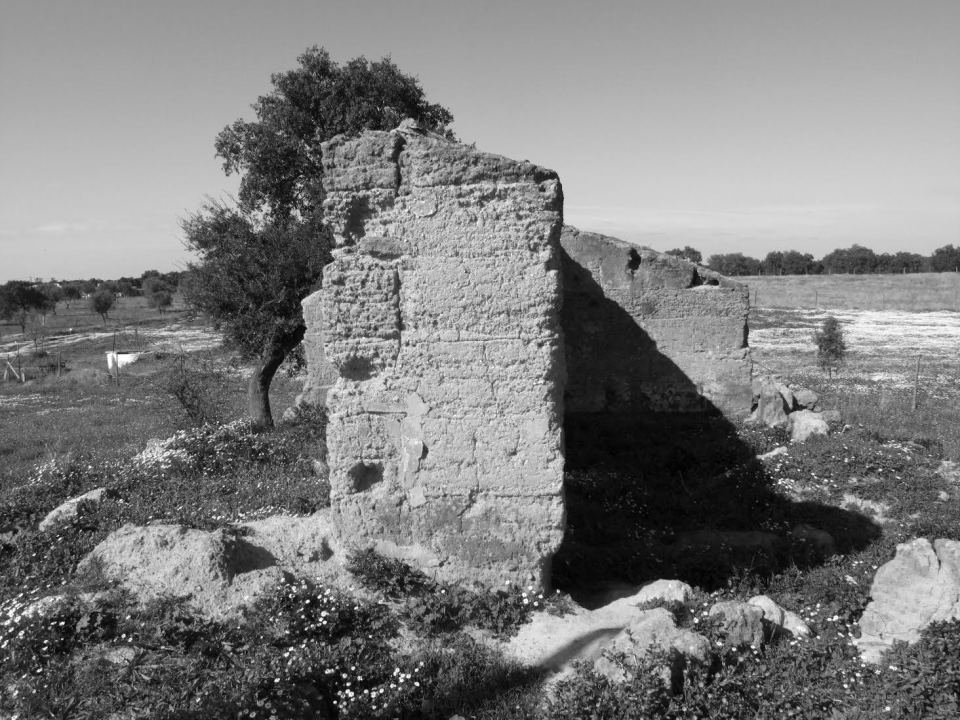 The Commune of Light was founded in the south of Portugal in 1917–18 by a Tolstoyan anarchist named António Gonçalves Correia. In the seemingly serene setting of Vale de Santiago, Alentejo, Correia undertook a utopian experiment whose short life was ultimately crushed by the state authorities, who accused the communards of organizing a strike of rural workers and of taking part in a conspiracy to kill Sidónio Pais, the forth president of the First Portuguese Republic. Correia subsequently founded a second commune, “Comuna Clarão” (Blaze Commune), in 1926 in Albarraque, Sintra. It didn’t last long either, but Correia persisted in writing pamphlets and letters for anarchist newspapers, and buying birds at fairs solely to free them from their cages. This dangerous communist organizer (according to the political police) proclaimed the revolution to be his sweetheart, and pledged never to cut his beard unless the authoritarian regime of Estado Novo was overthrown.

While not many documents remain, what interests me in these collective attempts of living elsewhere and in other ways is the irruption of the utopian, with a surplus of indestructible dreams — a condition I call the fulgor. Taking the traces of these two communes as a point of departure, I began to dream of a third commune — “Fulgor” — in the ruins of the first. 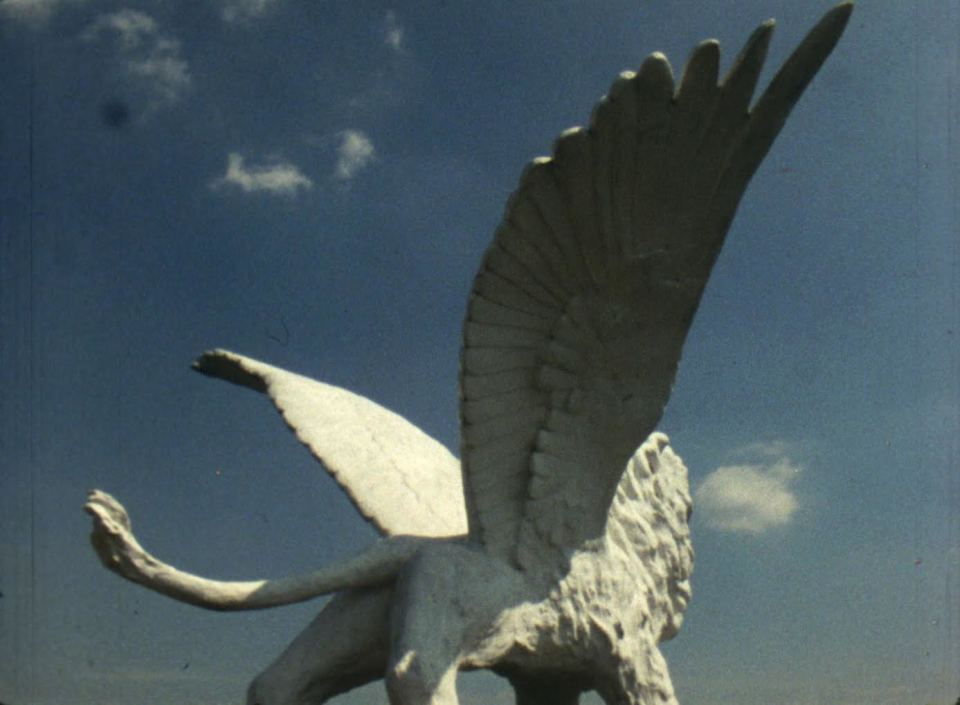 What, then, is this fulgor? It comes from an unremitting text that began with the 1977 novel The Book of Communities, a text written at the margins of literature — in solitude, in fortitude, in books, in notebooks, on envelopes, napkins, and drawings, fragments of fragments — by a singular woman for whom writing was the double of living: Maria Gabriela Llansol, a writer to whom I continuously return as her work has never ceased to unsettle me, and to offer me nourishment and resistance. 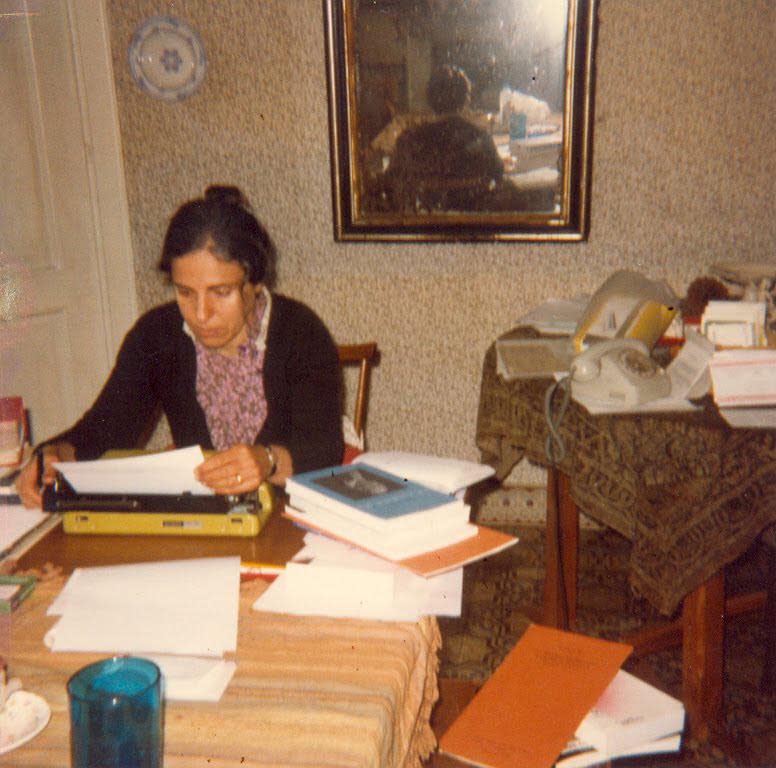 According to Llansol, fulgor is a dazzling brightness, a rupture in time and historicity that harbours the possibility of unexpected encounters from the margins. The everyday struggle for the fulgor is the outcome of a continuous battle: an everyday effort to reach clarity, intensity — a wish for ancient scintillation in the dull and opaque landscape of the contemporary world.

The fulgor, being a moment of sudden revelation or insight, opens up a deeper understanding of time. We are no longer in the time and space of narrative and succession but in a fulgurous space, where characters like Saint John of the Cross, Ana de Peñalosa, Thomas Müntzer, or J.S. Bach are removed from the vault of History to become part of another order of meaning — they are transmuted into Figuras, who, in an unexpected encounter of diverse wills, form a community of rebels.

Through a technique of fragmentation and superimposition, the fulgor introduces a break in historicity, putting us in the presence of encounters that have yet to take place, hence changing the order of things. Thus, the combat between princes and peasants is still taking place and everything is at stake, be it in Frankenhausen or on the world’s seashores (Llansol), in France or in Egypt (Straub-Huillet), too early or too late. 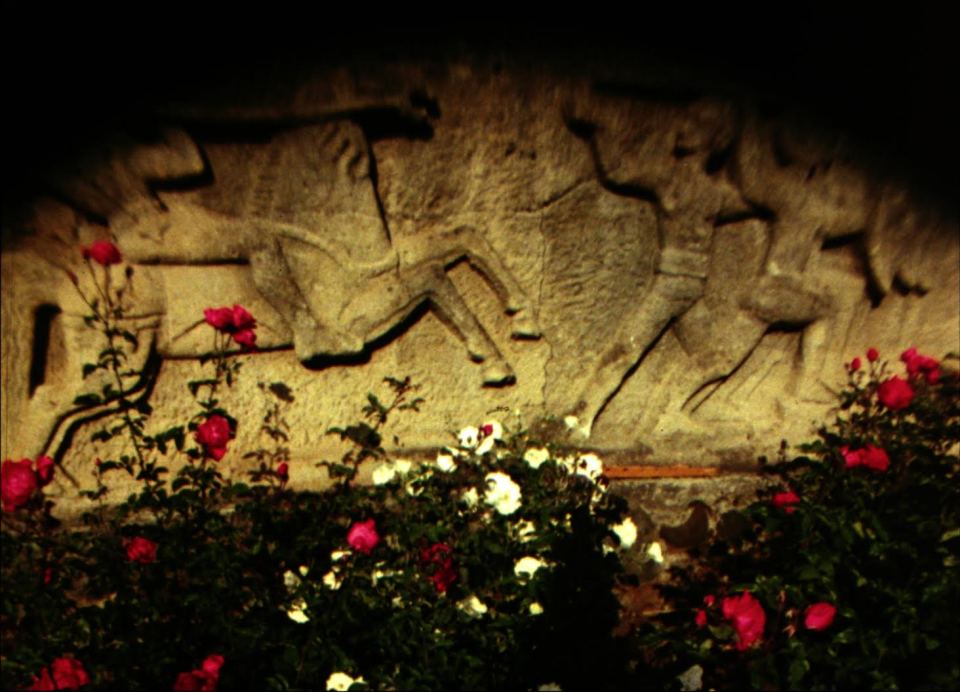 Words and images become living intensities. The fulgor is as mobile as seeing or a witch’s flight, and so I wander, from the Commune of Light to the Commune of the Fulgor, from António Gonçalves Correia to Maria Gabriela Llansol. And from the landscapes of Jean-Marie Straub and Danièle Huillet, António Reis and Margarida Cordeiro, and those transfigured by the lens of Robert Beavers, to a recent film that crossed my path just as I was beginning to write: Farpões, baldios (Barbs, Wastelands), by Marta Mateus. In it I saw glimpses of beauty, bodies of recognition in the process of resisting. “They were like us, but different,” says the girl. And later on, in a truly fulgurous scene, she entwines her arm in the boy’s arm, one walking backwards, the other forwards, until the beginning of something, that needs not be named but purely to be seen. (“The scenic energy of the fulgor has a very spatial quality____________it puts the beings in confrontation at the height of their beauty. Interior, exterior and aesthetics,” writes Llansol in her book He and She.)

My own landscape of resistance is a fulgurous scene. It carries the potential of metamorphosis, and I reckon that the everyday struggle for the fulgor must be an inventive struggle, one that, as Avery F. Gordon and Ines Schaber put it, is “concerned with the cultivation of ways of living and working independently/autonomously of, or outside of, or in opposition to, or as an alternative to, or alongside of but not entirely inside of the dominant terms of social order.” It is the recognition of this utopian consciousness and this insubordination that makes me wish for another community in the now, even if it is provisory, on the run, underground, with deep but mobile roots. And if I set out myself to rehearse a provisory commune on the site of an historic commune, it will be in an attempt to transmute my filmmaking practice into a commoning endeavour, to collectively think how can we come together in an hospitable place and exercise critical imagination towards a time beyond possession, a non-capitalist society. The question arises: What images may give shape to this longing towards a community of rebels, “the secret once called solidarity,”(1) the fugitive dream?

Maria Gabriela Llansol’s trilogy Geography of Rebels— which comprises The Book of Communities, The Remaining Life and In the House of July and August — has just been translated into English by Audrey Young, and will be published this Fall by Deep Vellum Publishing.

Sílvia das Fadas is a filmmaker, a researcher, a teacher, a wanderer. She is interested in the politics intrinsic to cinematic practices and in cinema as a way of being together in restlessness and brokenness.

“They’re absolutely at home in the world, which means they don’t fit anywhere in it”