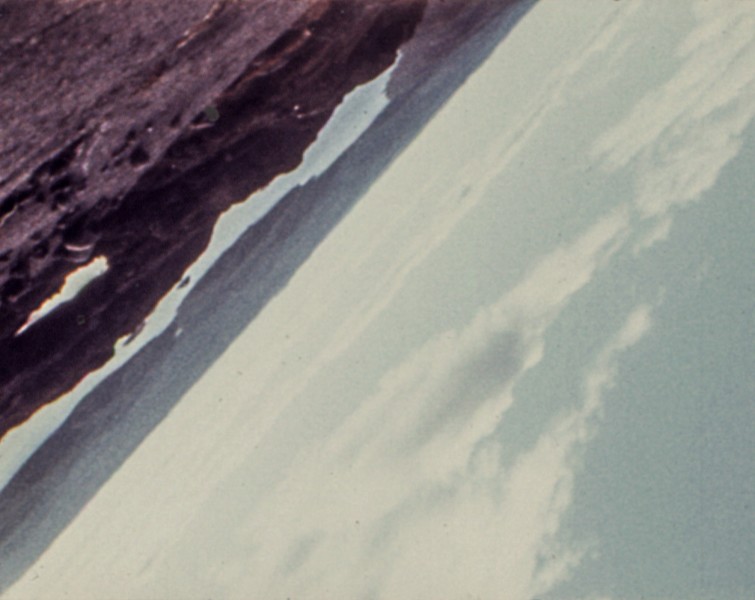 Made by Michael Snow over the course of five frigid days on a remote Quebec mountaintop, La Région Centrale belongs to a special canon of films that alter your ways of seeing or hearing the world, that revise your understanding of the order of things by nudging you a few inches over from your usual spot on the space-time continuum. This explains the disorientation you feel as you rise from your seat, move toward the exit sign, and gradually readjust to the realities beyond the theatre. But like Snow’s mountaintop — a site north of Sept-Îles only accessible by helicopter — some of these liminal spaces are not so easy to depart. They become worlds unto themselves. And even when you do find a way out, the changes to your synaptic flow feel lasting, perhaps disturbingly so. After all, once Aldous Huxley’s proverbial doors of perception get blown open, it’s next to impossible to get them properly back on their hinges.

This is what constitutes a truly psychedelic cinematic experience — and contrary to the p-word’s paisley-covered associations, this kind of film may not necessarily bear much resemblance to the acid-soaked midnight movies that melted impressionable minds in the late sixties and early seventies. While such big-screen freak-outs as Roger Corman’s The Trip and Alejandro Jodorowsky’s El Topo still retain their potency under the right circumstances, familiarity has dulled the impact of all those close-ups of lava lamps, taboo-busting scenes of sex and violence, wah-wah squeals on the soundtrack, and scenes of nubile youngsters frolicking in meadows while wearing nothing but beads and daisies. The same is sadly true of the handful of Canadian examples of Golden Age countercultural cinema, such as Larry Kent’s High (a succès de scandale at the Montreal Film Festival in 1967) or John Hofsess’ recently rediscovered Palace of Pleasure, a heady film phantasmagoria inspired by the Velvet Underground’s 1966 gig at McMaster University and co-starring a young (and shirtless) David Cronenberg.

Compared to the totems of flower power or lysergic excess that still dominated the scene when Snow’s tenth film work was released in 1971, La Région Centrale can seem forbiddingly austere, even inhuman. The latter is quite literally true, given that there’s not a person to be seen in its three hours of constant movement: instead, we bear witness to a land- and skyscape comprised of rocks, scrub and dirt, distant mountains and lakes, blue sky and white clouds, and a pale yellow sun that never seemed more cruelly indifferent to our mortal lot. From the introductory image of a blazing X and then our first of many opportunities to closely scrutinize the mountain’s surface (it seems only inches away), it’s immediately and eerily clear that La Région Centrale is not the work of human hands but of a machine — one whose purposes are as obscure as its methods are meticulous.

Indeed, the contraption with which Snow created his film is unlike anything devised in the history of cinema. The camera was attached to a mechanical apparatus built to Snow’s specifications by Montreal designer Pierre Abbeloos, which was capable of pointing and rotating in any direction and programmed never to repeat the same move twice. As Snow described the effect to Joe Medjuck in an interview for Take One in 1971, “It’s like a bodyless eye — an eye floating in space,” and he expressed the hope that viewers of La Région Centrale would come to feel that the movie theatre had gone wobbly, as if “the whole place seems to be sinking or swinging.” 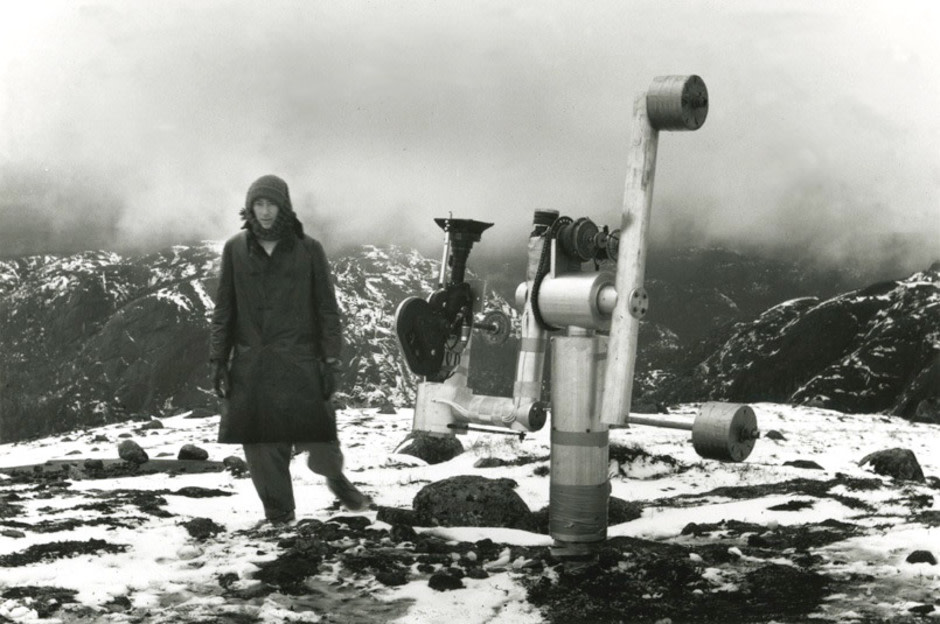 While CGI technology has accustomed contemporary viewers to this kind of weightless vantage point, largely in movies populated by astronauts, aliens or orcs — from the “impossibly” swooping camera of Peter Jackson’s Tolkien sagas to Emmanuel Lubezki’s Oscar-winning cinematography for Alfonso Cuarón’s Gravity – it’s jarring to see it employed in an environment that seems so ruggedly earthbound. Furthermore, Snow’s “bodyless eye” is a stubbornly incurious one: it refuses to be distracted by the most striking elements that cross its field of vision, whether it’s a particularly sumptuous cloud or the machine’s own shadow on the ground. (The silhouette is vaguely reminiscent of the aliens in M. Night Shyamalan’s Signs, furthering the impression that La Région Centrale may be the pre-invasion field report of an interplanetary surveying team.)

What with the camera’s refusal to guide the viewer’s own eye or to establish a readily discernible pattern, La Région Centrale ought to provoke frustration. Yet what its innumerable swerves, spins and scans invoke in more susceptible minds is an exhilarating state of perceptual liberation. The film’s soundtrack most definitely amplifies the impact on those twitchy synapses: blurring any boundary between score and sound design, Snow deploys an array of electronic groans, whirrs and beeps whose pitches correspond with the camera’s movements along its various axes.

As another suggestion of an inorganic intelligence at work, this soundscape bolsters the not-so-wild possibility that La Région Centrale could have been marketed as a science-fiction film. Like the long tracking shots of the Sahara in Werner Herzog’s Fata Morgana, Snow’s rigorous deconstruction of cinematic space and the Canadian landscape produces the sensation of our world made alien, as if we were viewing the Earth from the perspective of some mobile incarnation of the monolith in 2001: A Space Odyssey. And while it was Kubrick’s epic that was billed as “The Ultimate Trip,” for those willing to undertake the voyage La Région Centrale sends us even further and deeper into that mysterious liminal space. Among the stones and sky, we access a little piece of the infinite. Or, to put it another way: Heavy.

By the Time We Get to *Woodshock*: A Brief, Selective History of Psychedelic Cinema