Bong Joon Ho: You Got to Move

The visionary director of Okja puts the "motion" in motion pictures 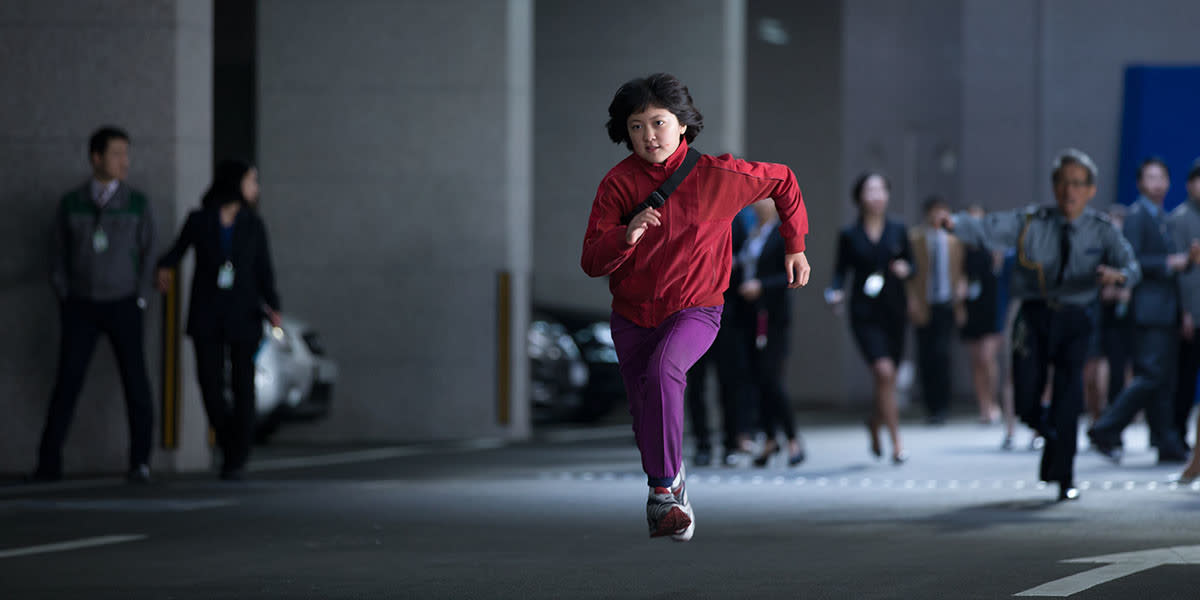 Bong Joon Ho has an uncanny ability to create high-concept storytelling out of the simplest of premises. No matter how ambitious or far-reaching his subjects — which have included the unknowability of truth (Memories of Murder), the slavish indifference to governmental hegemony (The Host), and the struggle between haves and have-nots (Snowpiercer) — Bong has always relied on that most essential element of cinema to visualize his themes: movement. In the brief visual analyses below, we show how in each of his films, Bong Joon Ho puts the “motion” in motion pictures. 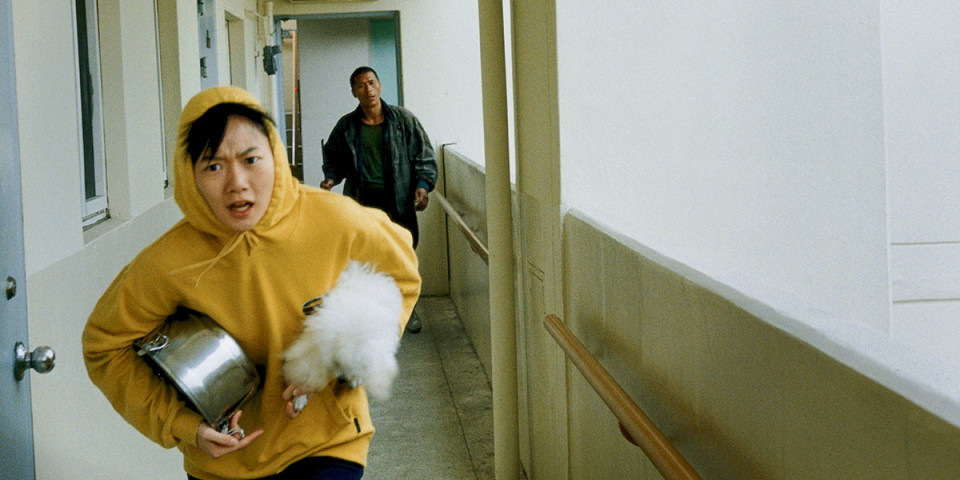 Compared to the films to come, Bong’s debut feature is a rather low-key effort: a quirky black comedy-thriller about a young woman’s hunt for a dog killer, which takes place almost entirely within a single apartment complex. But despite the geographical limitations of his location, Bong turns the building into an arena for high-speed pursuit and colour-coded visual flourishes — most famously when he races his camera sideways to follow our heroine (Bae Doo-na, who later starred in Bong’s The Host and the Wachowski Siblings’ Netflix series Sense8) as she dashes down an exterior corridor after the killer, the chase coming to an abrupt end thanks to an obliviously opened door. 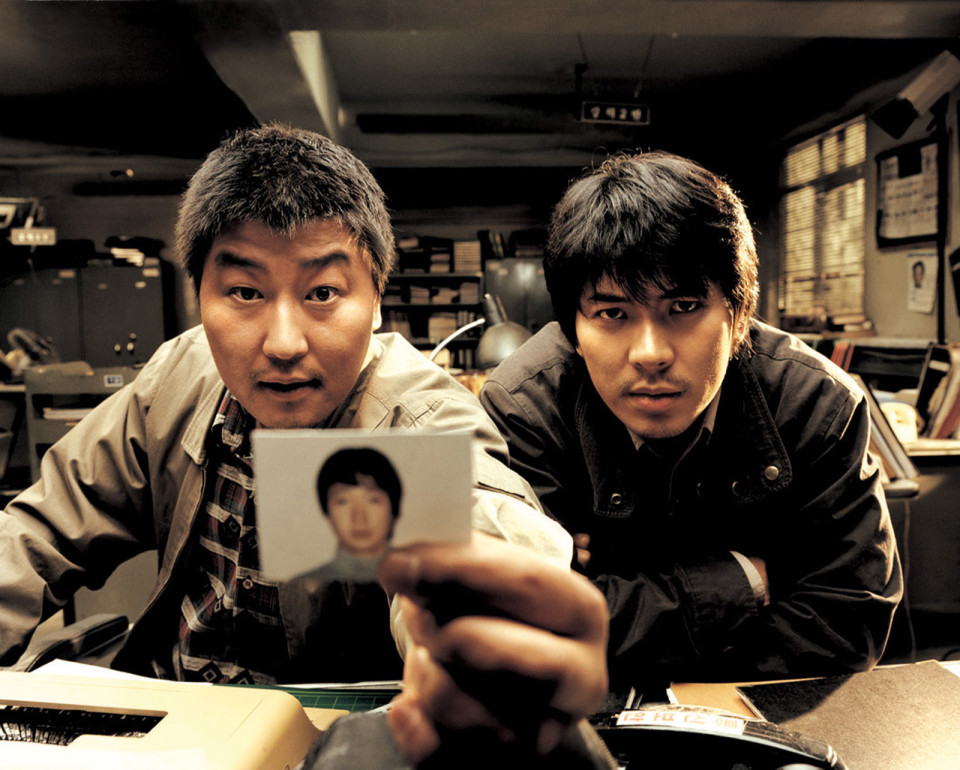 Considered by many to be one of the greatest Korean films of all time, Bong’s first commercial hit — a based-on-fact police procedural about the hunt for a serial killer in a provincial town — gives its protagonists more ground to traverse than those in Barking Dogs, all the better to demonstrate how the frustrating investigation keeps them running around in circles.

In an early scene that arrives immediately after the discovery of the killer’s first victim, Bong stages a remarkable slapstick choreography as the hapless Detective Park (the inimitable Song Kang-ho) arrives at the crime scene, the camera tracking behind him as he sees his superior trip and fall into a drainage ditch and tries to shoo away some inquisitive children. The unbroken take then follows him back to his starting point (where a tractor rolls over the only piece of evidence) and back again to the trench, where the forensics team slips and falls in the exact same spot as his colleague (earning them the sobriquet “sliding fools”). Meanwhile, his colleague spins around in a flurry of confusion, uttering “what’s going on?” almost directly to the camera as the scene ends. 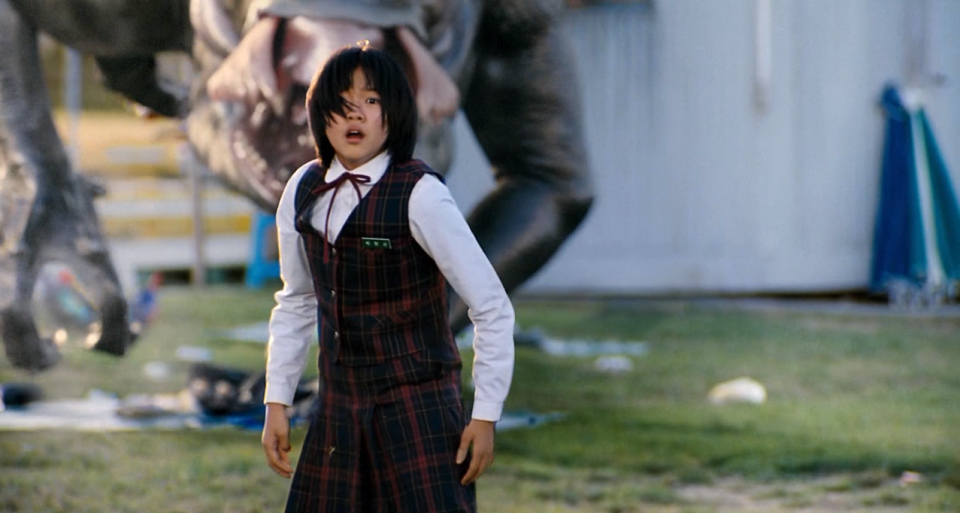 A dizzying genre mash-up presented in the guise of a creature feature, Bong’s international breakthrough — about a giant monster, the result of a US military chemical dump, that rises from Seoul’s Han River and wreaks havoc on the city — held the title of most successful Korean movie of all time for close to a decade; at the time of its release, it was seen by one in four people in South Korea. With greater resources and a wider canvas, Bong crafts an atmosphere of supremely ordered chaos, the escalating carnage (and comedy) captured via carefully controlled camera movement.

In the monster’s memorable first appearance, when it chases a panicking crowd back and forth alongside the Han, Bong uses the straight lines of the riverbank to render the ensuing bedlam as a series of linear movements. The horizontal thrust of the scene is brilliantly (and gruesomely) emphasized by a sudden vertical movement: after the creature barrels into a long trailer in pursuit of some unlucky civilians, Bong’s camera tracks down to follow the victims’ streaming blood.

Bong followed his first blockbuster hit with this far more intimate film, which harks back to Memories of Murder with its small-town setting and murder-mystery scenario. Here, however, the investigation is far more personal, as an indomitable widow (Kim Hye-ja) sets out to prove the innocence of her mentally challenged son, who stands accused of the murder of a teenage girl. While Bong reduces the scope of the action, he uses this more restricted space to create even more precise and dynamic movement — particularly with the tracking shots (wherein the camera moves parallel to the characters) that have become one of his signatures, as in this scene where our protagonist marches to the police station with what she believes is a major clue to the killer's identity.

Once again, Bong expertly uses what appears to be busy, chaotic action in order to advance the story. In this scene where Kim causes a disturbance at the funeral of the murder victim, she is grabbed and pushed out of frame by the bereaved; just as she leaves the frame, an elderly woman nonchalantly shuffles forward and tosses an empty rice wine bottle into the grave. Bong’s staging not only creates a visual dynamism from the contrast of two horizontal movements in opposite directions, but it also sets up an important narrative point: even as the mother’s quest to exonerate her son is stymied in this scene, the elderly woman we have just glimpsed will later provide a crucial piece of evidence. 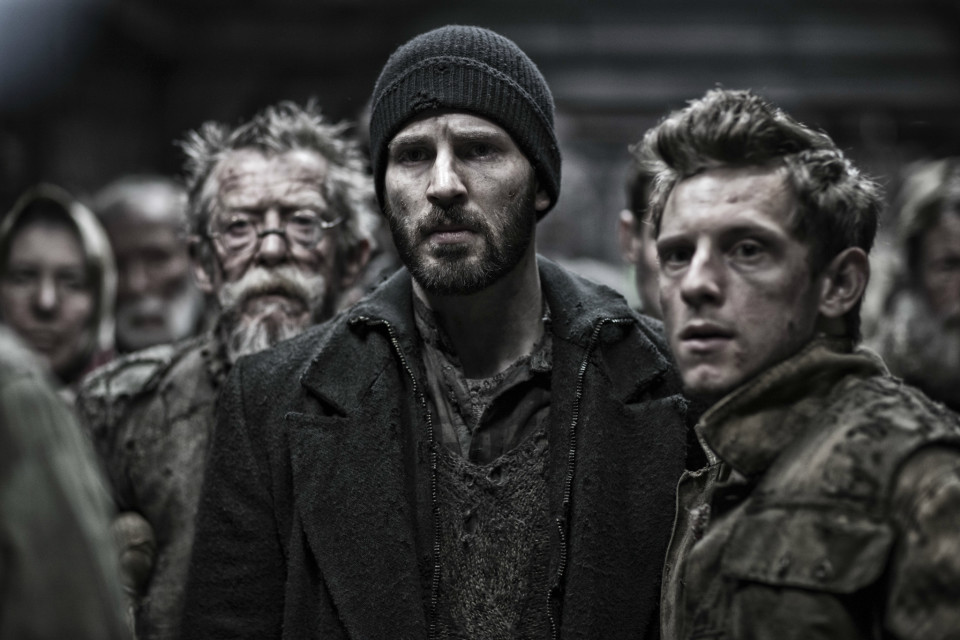 Bong’s obsession with movement and linearity was never more evident than in this dystopian sci-fi opus, his first (predominantly) English-language production (though it should be noted that despite its transnational cast and crew, the film was financed entirely by the Korean major CJ Entertainment). An unabashedly literal allegory about the 99% vs. the 1%, Snowpiercer takes place entirely on a futuristic train that eternally circumnavigates the now-frozen globe, the poor and huddled masses crammed into the tail while the rich and powerful live a life of luxury towards the front. Under the leadership of Curtis (Chris Evans), the oppressed stage a revolt and seek to seize control of the train — which, of course, they can only do through ceaseless forward motion, from left to right of the screen. The rebellion begins when Curtis charges forward and sticks his forehead up against a guard’s gun, proving that their oppressors in fact have no bullets; this then begins a surge of movement rightward, as Curtis’ followers swarm after him and the guards attempt to push them back to the left.

For the remainder of the film, Curtis will be placed at the dynamic centre of these clashing movements, which not only serves as an effective visual tool that makes the action easy to follow, but also serves Bong’s overarching thematic purpose. In Bong’s recurring profile shots, Curtis will frequently whip his head from right (forward) to left (backward) as he grapples with the difficult choices he must make — such as whether to go back to help an endangered friend, or keep moving forward towards his ultimate goal. 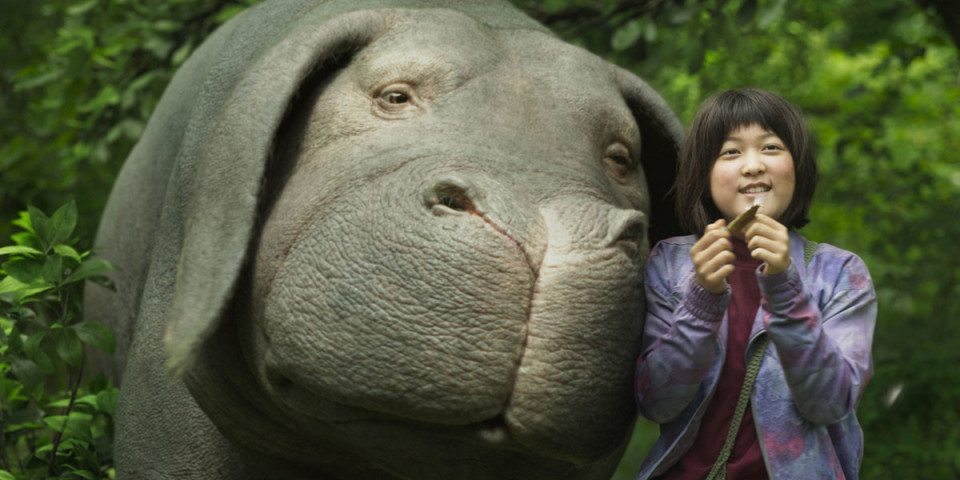 For his first non-Korean film, Bong Joon Ho received his biggest-ever budget ($50 million) and the right to final cut from his producers at Netflix — which must have been both a relief after the director’s infamous troubles with The Weinstein Company over the North American release of Snowpiercer, and a cause of some concern after Korea’s biggest theatrical exhibitors refused to screen the film due to its streaming-service provenance.

While Okja features many large-scale set pieces, the film’s crowning jewel arrives only about 20 minutes into the film, a scene of glorious pandemonium and unchecked human and cinematic velocity. When her sweet-natured super-pig best friend, Okja, is kidnapped by a multinational corporation, teenage Mija (An Seo Hyun) sets off in a mad dash from right to left, careening down a mountainside and sliding down rocks until she reaches Seoul, where she proceeds to barrel down the streets, crash through glass doors, and leap onto a truck — and this is only the beginning of the most thrilling sequence Bong has yet created.

If the controversy over Okja has once again raised the thorny issue of big vs. small screen, let’s at least agree on this: it’s incredible to think that, by the end of this week, a truly global audience of viewers will be able to discover Bong Joon Ho’s unique brand of “motion pictures,” many of them for the first time.