A Town of Abandoned Movie Theatres 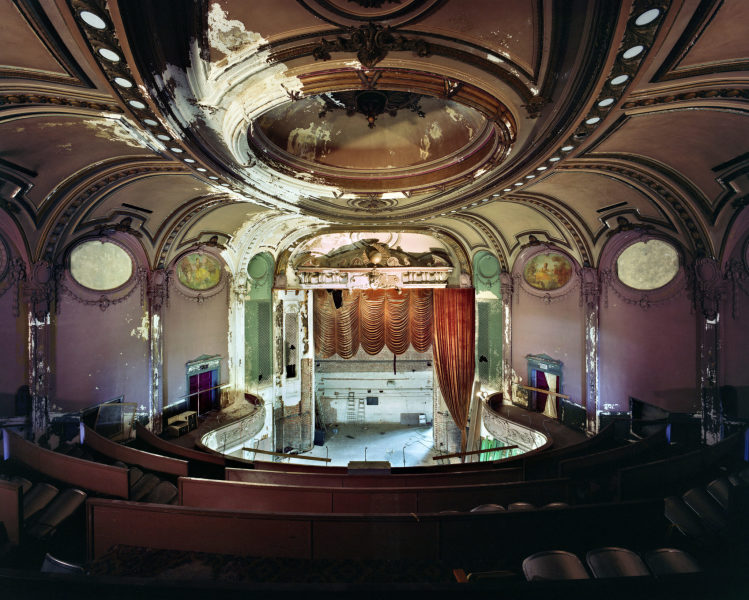 I was raised in a suburb called Columbia, equidistant between DC and Baltimore. I grew up without a TV in the house, and as a kid, my dad would take me to revival movie houses to see Humphrey Bogart and Marx Brothers double features. From the earliest age, it gave me an appetite for repertory movies.

I’ve now lived in Baltimore for 21 years. When people talk about my city, they reference John Waters and The Wire. Baltimore is very idiosyncratic, and a city where a prominent drug war is being waged, but it’s also many other things. It's very cheap to live in Baltimore, so a lot of musicians, artists, and filmmakers are putting down roots. Whether it’s Theo Anthony’s Rat Film, the experimental films of Karen Yasinsky, Kentucker Audley and Albert Birney’s Sylvio (shot and set in Baltimore), or Matthew Porterfield’s cerebral art cinema, people are staying here to make movies, really intriguing ones that go against the grain. Living in Baltimore feels like how I imagine New York in the 1970s felt — however, the worry is that Baltimore could turn into New York in the 2000s, where people begin to get priced out.

In Baltimore, you can't help but notice the decaying old neighbourhood theatres all over town, which no one can afford to tear down. Some have been repurposed into drug stores, or churches. Some of them are just sitting there vacant. They're everywhere. 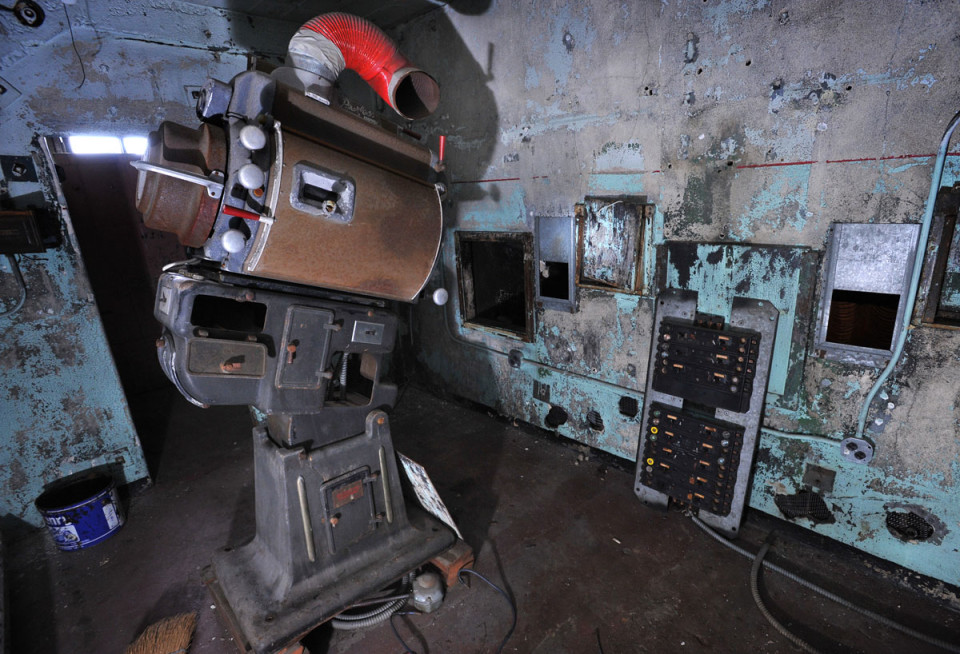 The former projection booth of the Parkway Theatre in Baltimore, before the restoration.

"This is Baltimore, gentlemen. The gods will not save you." — Ervin Burrell (Frankie Faison), The Wire

Seeing these abandoned cinemas made me think about what my city’s movie landscape looked like in its heyday before television — and later, again in the '70s, when most of these theatres were reinventing themselves as single-screen art houses. Baltimore, as you've probably seen in The Wire, has a history of corruption and misguided development. But it also has an amazing spirit. And when the people of Baltimore do things, they tend to come out right.

About five years ago, the city announced a call for projects to restore the Parkway Theatre, a 102-year-old movie theatre at the corner of North Avenue and Charles Street. (That’s the intersection of Baltimore’s two main east-west and northbound streets, similar to Bloor and Yonge in Toronto.) Here was this gorgeous building on a key corner that had been sitting empty since 1978. The Maryland Film Festival (MdFF) has been around for 19 years (I’ve been a programmer there for 11 years), and we needed a home. We submitted a proposal to the city, one of maybe a dozen, and they selected ours. Suddenly, we had to raise 18 million bucks (partnering with Johns Hopkins University and MICA) to restore the original auditorium and build two adjacent cinemas upstairs. 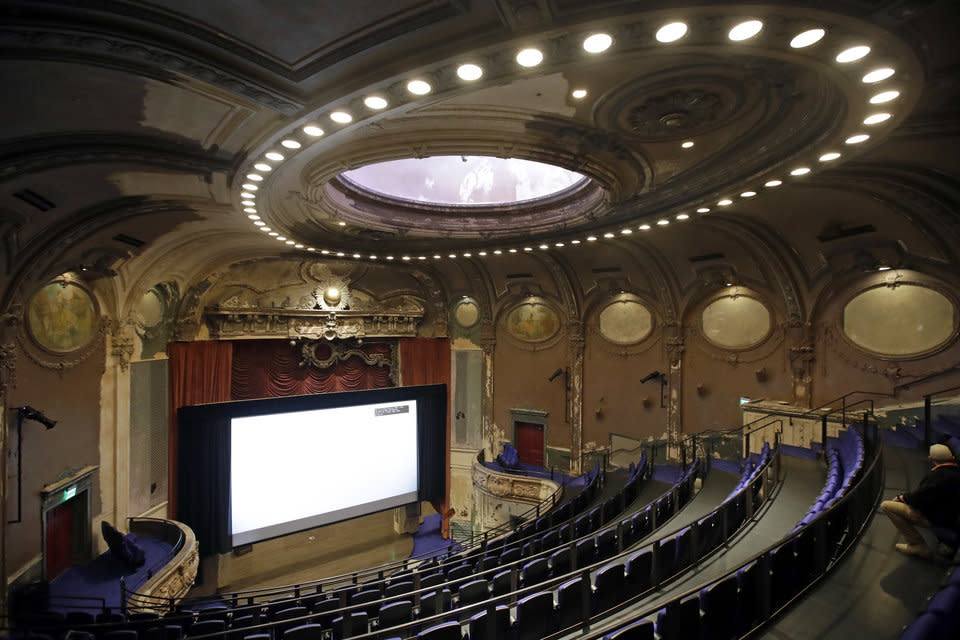 The current restored 400-seat Parkway Theatre and home of MdFF.

We opened the Parkway in May with this year's edition of Maryland Film Festival, which included a trial-by-fire, reel-to-reel 35mm screening of Agnès Varda’s Vagabond, selected and introduced by the Baltimore-based band Beach House. There was so much excitement; it meant a lot that Beach House was there, and this was the first 35mm screening in this historic theatre in almost 40 years. When else are you going to get 300 people out to see Vagabond in a 102-year-old movie theatre?

So, I’ve been going out on the corner, saying “hi” to people, handing out our calendars, and getting feedback. Baltimore has left a lot of genre and art-house fans neglected over the last few decades because what's played here has largely been the hits. Documentaries come to Baltimore when they’ve gone through a corporate curation process. It’s the same with the explosions of cinema from Argentina, South Korea, and Uruguay. We’re a non-profit, so we can program first films and diverging visions. I’m excited about bringing abrasive, transgressive, or even bewildering films like The Human Surge to town. But just like there’s room in town for the punk club that brings 80 people out for a local artist, there has to be room for the larger club that brings out 500, or 2,000 people. For our theatre to be a success, all the other theatres in Baltimore have to remain successful too.

Baltimore is the city that raised John Waters. MdFF is a festival where Dogtooth was our best-selling film ever, so people here are hungry for movies that are different and have some teeth. Playing Rat Film this year, to a sold-out house, was such a rush. It was amazing to see a really diverse crowd engaging with what is essentially an essay film in the Chris Marker tradition, but about the pressing issues of Baltimore’s segregation and gentrification. The first week at the Parkway, we did a calendar of ‘60s and ‘70s movies: films like Daisies, Portrait of Jason, and Touki Bouki; some very esoteric stuff. The next week, we had '80s comedies: Caddyshack, the Vacation movies, and Prince’s Under the Cherry Moon. I felt great handing out my flier that week because it just clicked for everyone. While genre cinema of the ‘80s is just one note in what we hope to do, it refocused for me how much of a need there is for a repertory cinema that's not just highbrow, art house, international cinema.

I’ve now been at screenings in the Parkway with 300 people and with eight people. Sitting with no more than a dozen people in a 400-seat house, there’s a feeling that reminds me of Goodbye Dragon Inn. There are images up on this massive screen in this space that reflects the beautiful decay of 100 years, and it does feel haunted — a temple for the faithful few. 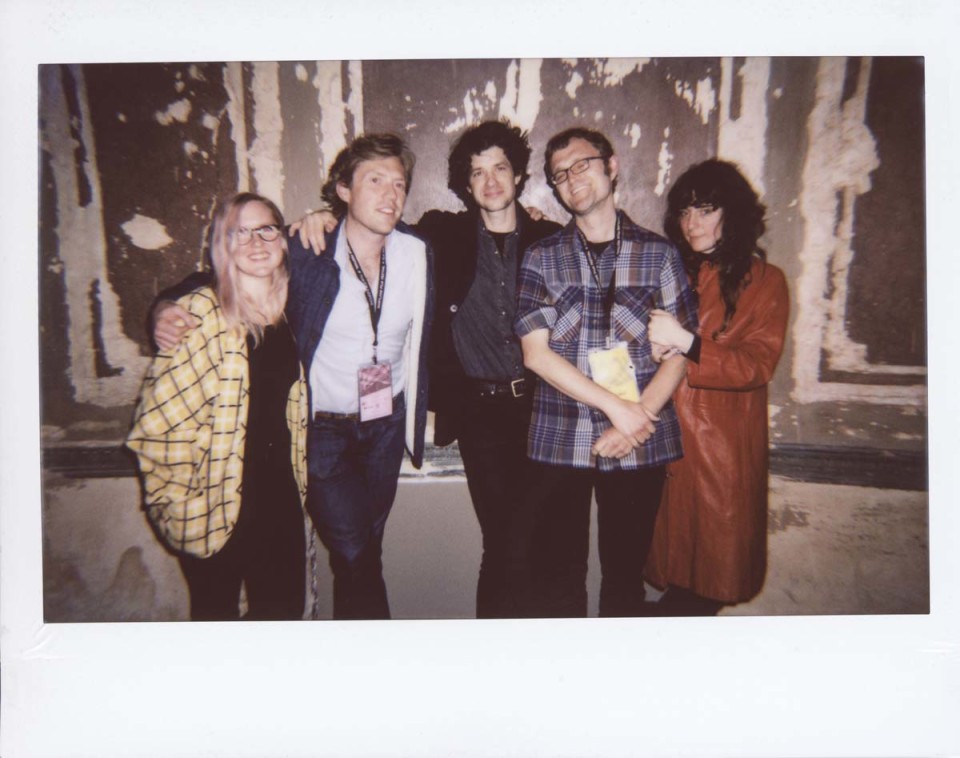 The members of Beach House, with Eric Hatch (second from right), and friends, on the opening night of the Maryland Film Festival. Photo: Jen Mizgata

This past week, we brought back Medicine for Melancholy and Viva, the first films by Barry Jenkins and Anna Biller. Of course, their second films Moonlight and The Love Witch were two of the biggest indie splashes of 2016, but we found that most people hadn’t seen their first films, or didn't even know they existed. I'm inspired by theatres like Metrograph in New York and the Cinefamily in Los Angeles, and the eclectic programming that they do: an ability to turn programming into special events.

Programming for a community, like the one we have in Baltimore, is partially listening to what people are interested in and making a conscious effort. When you do an ‘80s-comedy series, you may not have the time to review every film and assess how quote-unquote “woke” they are, but you certainly can do some thinking in these regards. You have to think, every time you program something: is this content I’ll still be proud of in 2017? Will this offer people a good experience? Do I remember any painful stereotypes in these movies that I wouldn’t be proud to show on a big screen? On a very simple level, you can make sure you’re not just putting work by straight white dudes up on the screen and that you’ve given some thought to other voices being represented.

I would love nothing more than for people to get so trusting of our taste that they would come out not knowing what’s showing. It’s the way I feel about The Crown, a rock club just a block away. When I'm in the mood to go see live music, I can pay five bucks and know that at least one of the bands I see there is going to be great. I also hope that the Parkway will begin to feel like home to more people than any other theatre in town; that, by showcasing diverse and local work, we will show people it's a theatre more invested in local culture and diverse representation than anything else going.

So, I'm trying to meet people, to underscore that this is a friendly place with a specific cultural mission, but also that its mission is written broadly enough that it can speak to every person that I meet. Because I don’t want the Parkway to be a destination theatre for people outside the neighbourhood. It needs to speak to the people who pass by every day.