“A Perversion of a Fairy Tale”: Nathan Silver on Thirst Street

I first met Nathan Silver in 2012 at the Viennale, where I was presenting my first feature Tower and he was there with his breakout film Exit Elena. Since then, Nathan has directed six more features, while I have only managed to make one. Nathan’s output is prolific but his body of work is also impressively diverse. His films are bold and unapologetic, from the VHS-shot fever dream of Stinking Heaven to Actor Martinez, a dizzying, hybridic study of performance within performance which he co-directed with Mike Ott.

Co-written by C. Mason Wells and beautifully shot by Sean Price Williams (Good Time, Listen Up Phillip), Thirst Street is perhaps Silver’s most ambitious work to date. The film follows Gina (Lindsay Burdge), a flight attendant who decides to extend a layover in Paris following a one-night stand with seedy bartender Jerome (Damien Bonnard). Reeling from the recent suicide of her lover and desperately seeking something to cling to, Gina becomes increasingly obsessed with Jerome — even as he has trouble remembering her name, engaged as he is in trying to rekindle his relationship with his punk-singer ex Clémence (Esther Garrel). Featuring a wickedly arch voiceover from Anjelica Huston (who, like Gina, proves to be a somewhat unreliable narrator) and shot in an unabashedly colourful style that resembles Old Hollywood nostalgia shot through the florid ’70s lens of a Dario Argento or Rainer Werner Fassbinder, Thirst Street makes its protagonist’s descent feel oddly exhilarating.

KAZ RADWANSKI: This is the first time you’ve made a film abroad. Can you talk about how language and location informed your story?

NATHAN SILVER: Most of the time Gina is deaf to the rejection, as it happens in French — a language she doesn’t understand. I feel like she’s chosen a country and a man which both reject her, but she doesn’t let this sway her belief system. The people who reject her are polite in their cruelty, and I believe this is pretty much how people treat an outsider. Jerome doesn’t reject her until late in the movie, after she comes crashing into his apartment to search for her earring and he discovers that she lives across the way from him. I think people are very good at rejecting outsiders, especially foreigners.

RADWANSKI: Yes, at first everyone seems to simply ignore her or treat her with indifference because of the language barrier. It almost delays their understanding of Gina, which makes things worse.

SILVER: Everyone is more interested in what affects them directly. At first, Gina is harmless, like a bug you want to swat at. Once the bug bites, well, then that’s when you actually react, take notice. Jerome is more concerned with getting back together with Clémence and starting his own club than dealing with Gina. Clémence’s focus is on Jerome and her Parisian life; Gina is just on the periphery of her vision. It’s when Gina actually disrupts their lives in blatant ways that they take notice of her. Before that, they are too concerned with what they think is important.

RADWANSKI: I love that when the psychic says she will meet a man who “has something in his eye” that it turns out to be pink eye. Aside from things being lost in translation, Gina seems to twist her reality into a warped fantasy.

SILVER: The reading that she receives is false. Her friends have bribed the fortune teller to give her a good reading. What matters is that Gina believes in it. She’s in a state of desperation — her boyfriend has just committed suicide. She’s willing to cling to anything which will allow her out of her pain. The psychic gives her a possible escape route. She makes her own fate — it’s a matter of will. I’ve always admired the Don Quixotes of the world: no matter how much rejection they face, their delusion is stronger than reality. Reality bends to them. I feel like Gina’s Quixotic in this way.

RADWANSKI: It’s almost like the whole movie is a sick fairy tale.

SILVER: Yes, it was conceived as a perversion of a fairy tale. Gina is a character who grew up on movie romances. In her heart, she believes reality will come around and resemble the fairy tale-like movies she grew up on. We wanted to cement this through the narration … a narration that, like Gina’s vision of the world, is unreliable.

RADWANSKI: How did Anjelica Huston become involved with the project? What was it like working with her?

SILVER: Two of our American producers at Washington Square Films had just worked with her and suggested we reach out to her. She watched the film with a temporary voiceover. Being a pessimist, I didn’t expect anything to come of it, but we received an email from her assistant a few weeks later saying that she loved the film. Working with her was extremely smooth: I believe it took less than a half hour to nail all the lines. Afterwards, she said something which I found very perceptive: she said that she knew she could improve the film with her voice and that she only does projects where she helps elevate them, not because of her stature, but because she knows her capabilities.

RADWANSKI: Both you and Sean Price Williams were members of the legendary Kim's Video Store community. How did you define the hazy, multicoloured look of the film? When discussing the look, were there are lot of cinematic reference points? Fassbinder comes to mind… 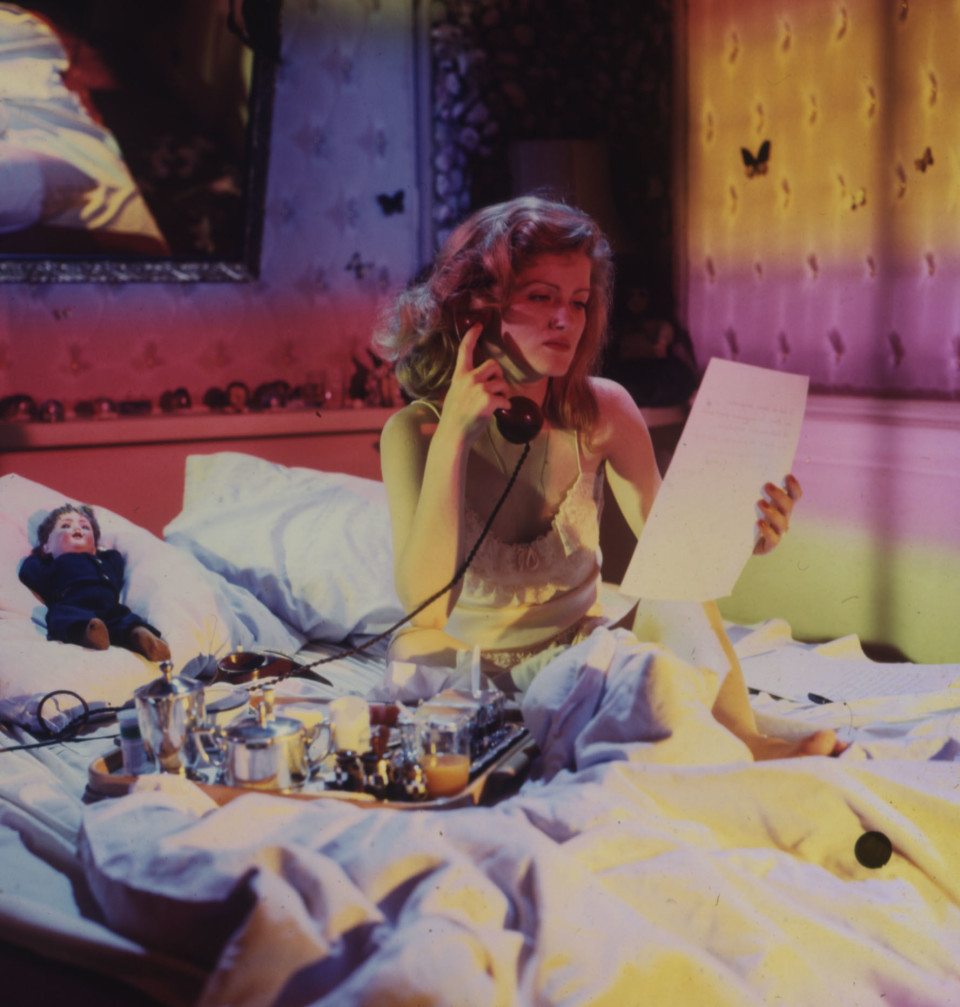 SILVER: I’ve known Sean for over a decade. He was the manager of Kim’s, the video store I used to go to, and I was the usher at a movie theatre he’d frequent, so we crossed paths a lot. We got along as friends, but we weren’t sure how it’d work on set. We thought of it as an experiment. As soon as we started working together, everything unexpectedly clicked. There were no arguments. We had fun. Sean would put films on the TV (he seems to know every film ever made), and we’d listen to music and just hang out for hours, sometimes discussing Thirst Street but mostly just laughing. It all came together when we looked at a still from Fassbinder’s Lola, where [Barbara Sukowa is] bathed in a hundred colours, and we said to ourselves we can never go too far with colour. Fassbinder is proof.